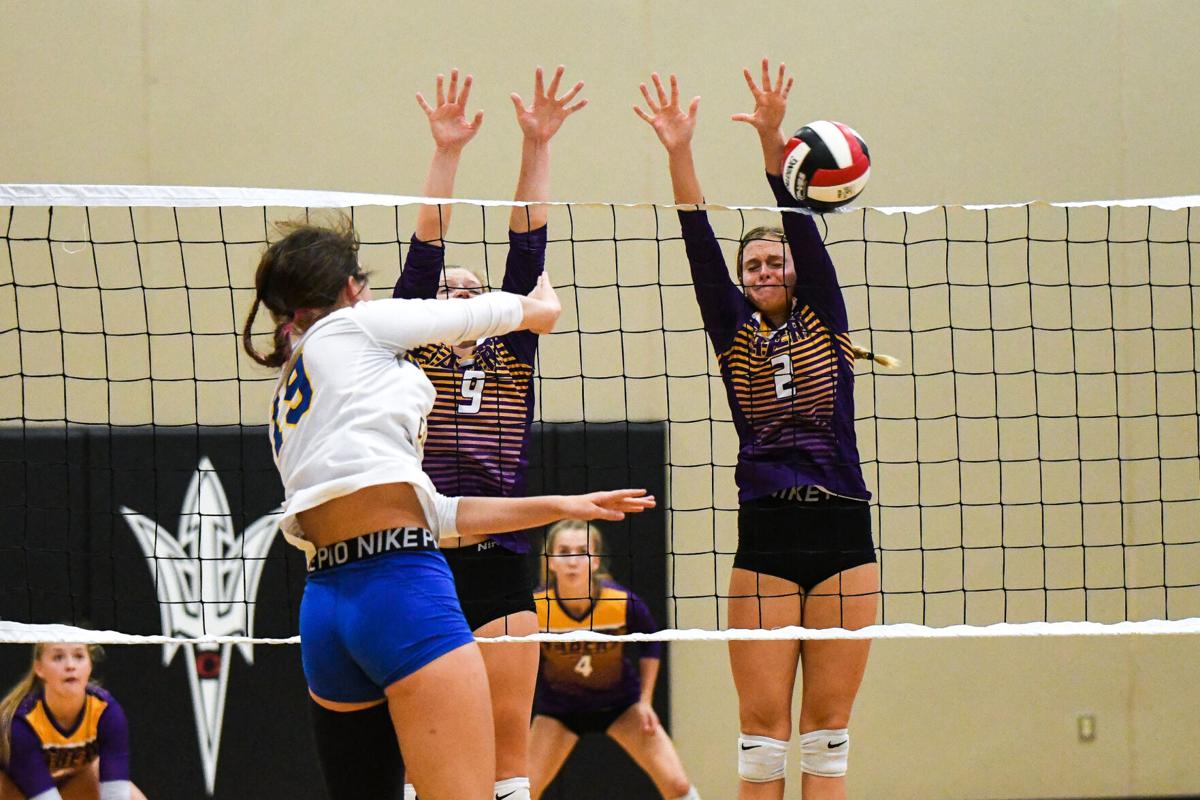 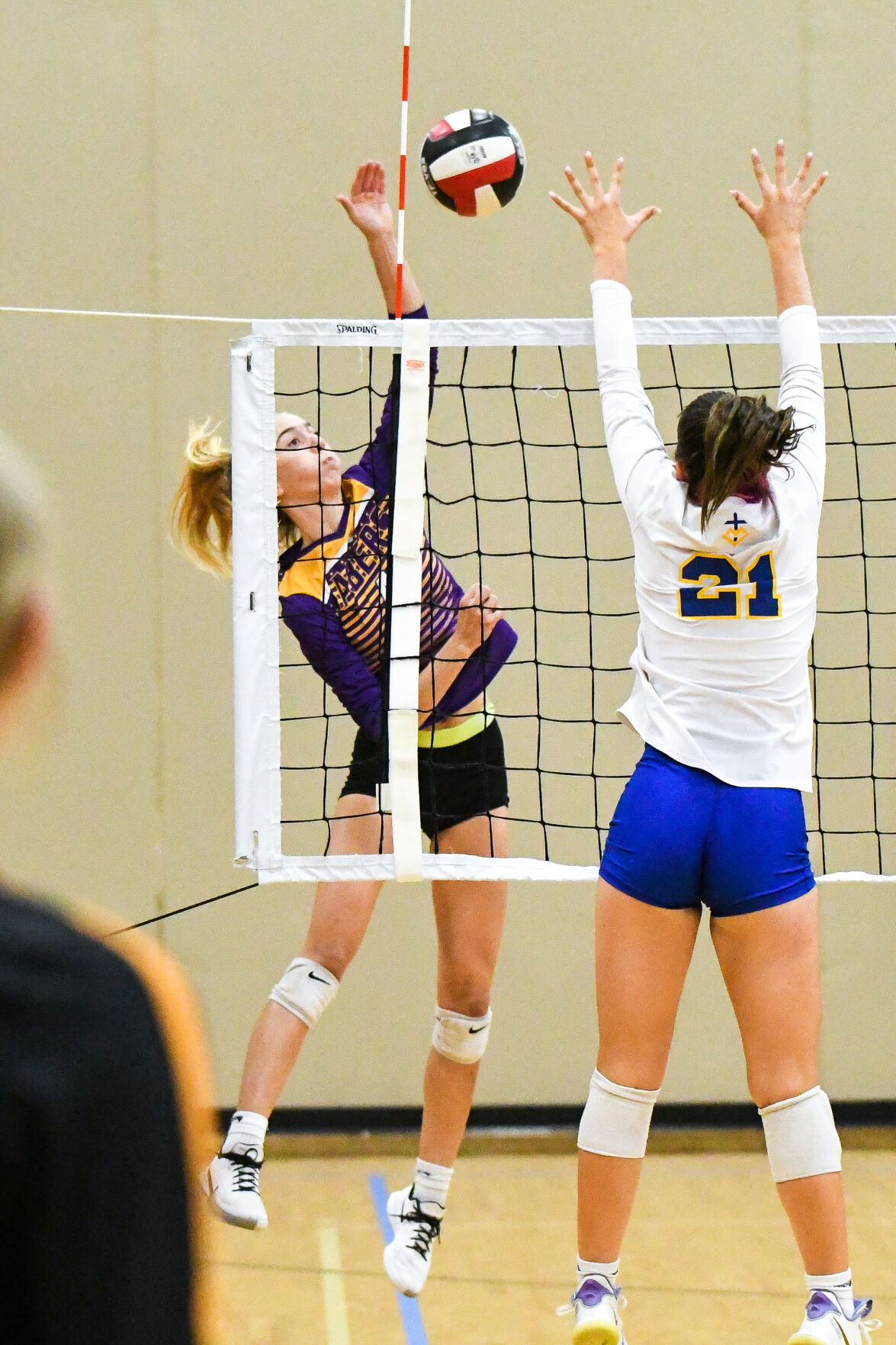 Ava Morris attacks a ball during the Clinton Invitational 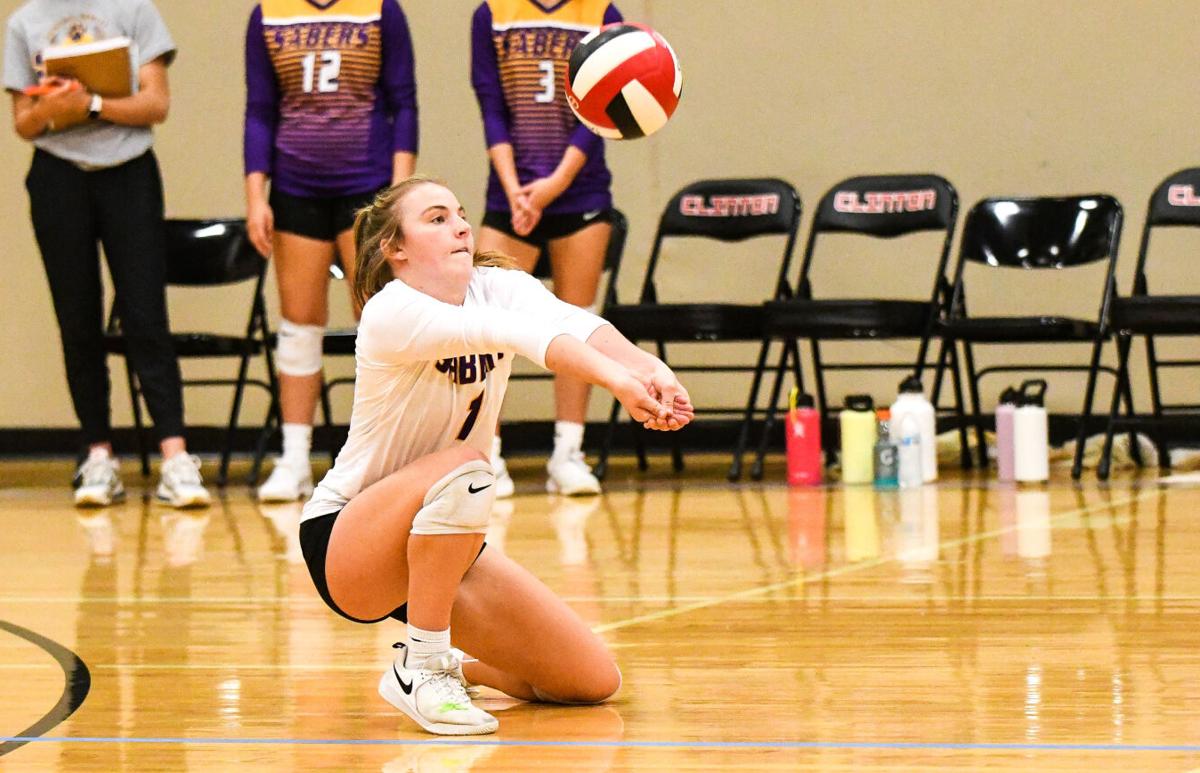 Mia Braddock digs up a ball for the Central DeWitt Sabers

Ava Morris attacks a ball during the Clinton Invitational

Mia Braddock digs up a ball for the Central DeWitt Sabers

The Central Dewitt volleyball team certainly has no lack of athletes.

They have two middle hitters who reach 6-00.

They have two Division I basketball athletes.

They have outsides hitters who are multi-sport athletes and have over 70 kills.

The one thing they’re lacking? Excitement.

The Sabers are currently 12-8 on the season so far, with one win in the Mississippi Athletic Conference. They’ve proven in game after game that they have moments when they can play with some of the best teams in the state. The problem is that isn’t consistent.

“It just depends on our mood that game,”senior Elaina Schroeder said. “When we’re in good moods, it’s crazy, it’s our best energy. We need to find that enemy, that fire. We need to find it against every team.”

Schroeder is one of the 6-00 middle hitters the Sabers boast on their roster, along with senior Ava Morris. The two lead the offense, with Schroeder sitting at 144 kills and Morris with 113.

That’s not to mention the 74 blocks between the two.

Still, big swings from the middle and blocks don’t always get the Sabers fired up like you would think.

“We hype each other up, but not loud,” senior Taylor Veach said. “We need to get better at that, being loud and energetic, it’s intimidating.”

The group has a ton of experience. Five seniors grace the regular rotation, with just one junior and one sophomore rounding it out.

Even though they have that experience, they’ve admitted that they’re an emotional group. That’s played a role in some of their losses.

“Once we get down, we get quiet and timid and then we start to make mistakes,” Veach said. “”I think people are scared to make mistakes. Volleyball is a game of mistakes. Once we start going downhill we don’t really have somebody”

Even though the postseason is looming, they’re still looking for that “somebody”.

They’ve had moments where they see the energy they want. Schroeder talks about their win over Maquoketa, or home games, and says that’s where they need to be constantly.

The Sabers are in a loaded conference with the MAC competition but they know that they can play at that level. With their front row capabilities and height, defense is the biggest obstacle physically.

“I think we just have to focus on where the ball is at at all times,” Schroeder said. “We get caught turning our heads, going robot motions to where we’re supposed to be. We need to play the ball first and see the ball before we decide where we’re going.”

The next one is that communication and team energy they’ve been searching for.

“We’re close with each other, we’re all really good friends and care about each other. In the locker room, we’re like talkative and hyped,” Schroeder said. “We need to bring that energy onto the court more and show that care for each other on the court. When someone makes a good play, we need to scream and stuff like that.”

They’re aware of their athletic abilities and aware of the potential the experience team has. They’re fifth in the MAC conference in kills as a team, sitting behind four state-ranked teams.

They also have the second most blocks int he MAC.

“There are times where we play so well, where we’re in a groove and everyone is in the right spot,” Veach said. “We’re a hard team to stop. We need to fix the part where when we make a mistake we get in our heads. We need to keep pushing through that.”

If they can find their groove, the Sabers fully believe they could be the postseason surprise next month.

“Every team’s goal is always to make it to state,” Schroeder said. “I feel like if we just keep up that energy, pushing at practice and trying, we could be there at the end of the season.

“I feel like we pick our games, which games we want to have good attitude. We need to stop picking games. We could be those underdogs, that just come out of nowhere because of how good we can be when we’re on our game.”