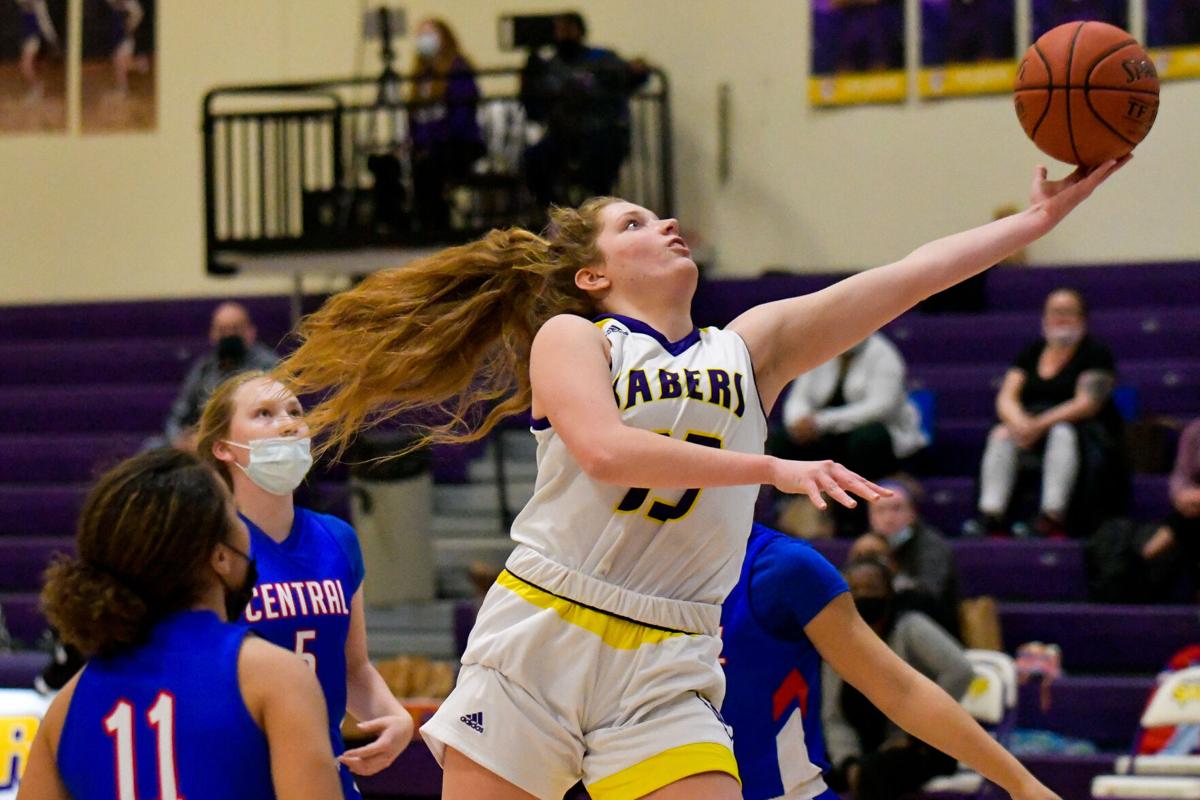 Central DeWitt’s Taylor Veach puts up a layup during the Sabers’ loss to Davenport Central Jan. 12 in DeWitt. 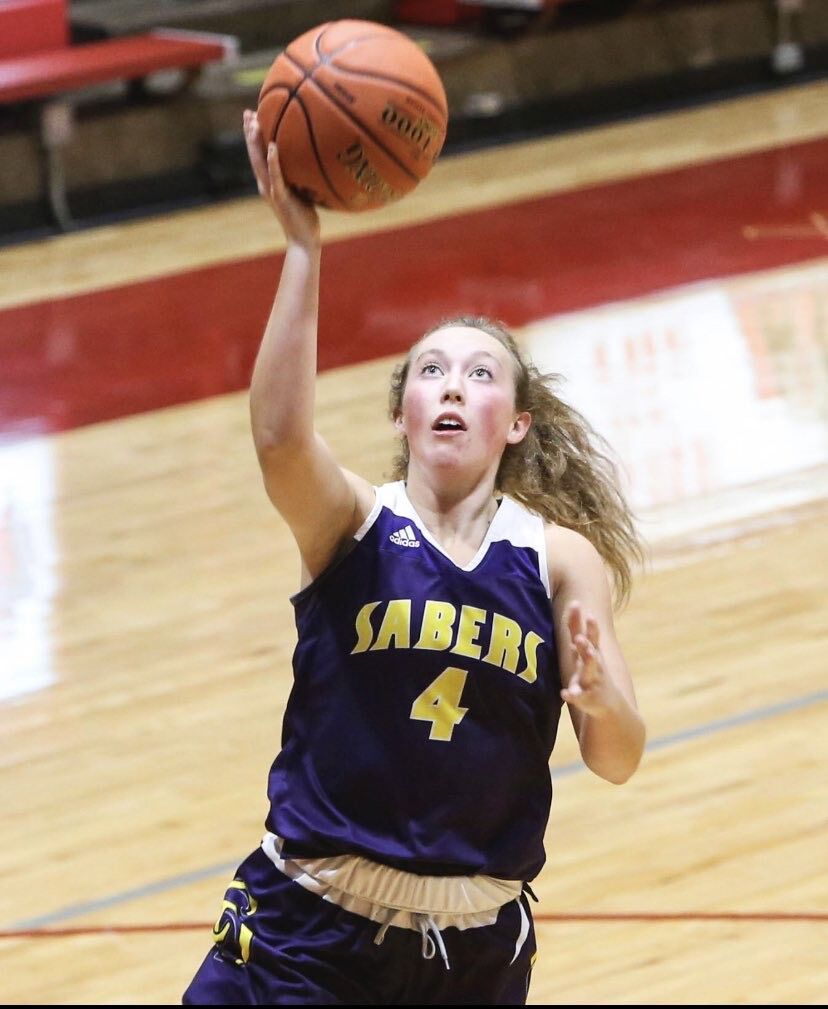 Central DeWitt’s Allie Meadows puts up a layup during a game last season.

Central DeWitt’s Taylor Veach puts up a layup during the Sabers’ loss to Davenport Central Jan. 12 in DeWitt.

Central DeWitt’s Allie Meadows puts up a layup during a game last season.

DEWITT – The basketball duo of Taylor Veach and Allie Meadows from Central DeWitt High School made their college decisions official on Wednesday afternoon, signing their individual letters of intent to continue their basketball careers.

The pair have impressed for the Sabers since their freshman debut. That made signing together even more special.

“We’ve dreamed of going to play college basketball since we were little and that’s what we’ve worked for all these years,” Taylor Veach said. “We’ve played together since first grade and every team I’ve been on has been with her and everything we’ve done with basketball has been together. So to see her find her home and same with me, it was an awesome experience.”

“It was awesome,” Allie Meadows said. “It’s been a day I’ve been looking forward to since I was a little girl. Me and Taylor have always had that dream and we’ve always wanted to do it together. That day, and doing it together, it meant the world.”

The pair had announced their college decisions via social media previously but inked the decisions with family and friends at Central DeWitt High School this week, just a couple of weeks before the 2021-2022 basketball season kicks off for their senior campaign.

“It was honestly, to see everyone there supporting me, it was an awesome day,” Veach said. “I know that I’m going to a school that wants me and it’s a good fit for me. Making it official is kind of a relief. I know now exactly what I’m doing, I know that’s where my home is now.”

“Every time the coaches called me, it wasn’t even jut about basketball,” Veach said about choosing the Redbirds. “The coaching staff was what drew me in and how they changed the program around. That was a big thing when choosing where I wanted to go. That and I met with some of the players on Zoom and they were so welcoming and so nice and easy to talk to. Those are people I want to be around my next four years.”

Veach has been a utility player for the Sabers. Last season, she averaged 19.1 points a game. She shot 48.3 percent from the field and made 28 percent of her three point shots.

Veach also led the team with 6.1 rebounds per game in 2020-2021. She added two assists and two steals per game to the mix as well.

She led the Sabers in free throw attempts, shooting 78 percent from the line.

“The biggest thing I’ve learned is being a leader,” Veach said. “You don’t necessarily have to be the oldest on the team to be a leader. Walking in as a freshman, I feel lie I wasn’t as much a verbal leader but more so leading by example. You can take that anywhere.”

Meadows is taking her talents to Western Illinois University to join the Leathernecks.

“Their coaching staff was unbelievable,” Meadows said. The Leathernecks are headed by Coach JD Gravina. “They were different than any other staff, there was something about them and the feeling I got from them that felt like home. The same went for the players. They were super warm and welcoming.”

Meadows, who plans to major in kinesiology and minor in business, also wanted to focus on campus size. That’s why Macomb was a big draw for her.

“I definitely want to feel like a person in the classroom, like someone who matters,” Meadows said. “Not just another number in a lecture hall That was really big for me, too.”

Meadows also had 5.3 boards a game and averaged over two steals. She had three assists per game.

“I think being able to play all four years on varsity really made me become a leader.” Meadows said. “Freshman year, I was still trying to step into that role and fulfill my own role. But as I got older and people started to believe in me and I started to gain confidence in myself I really started to become that leader and a person that people looked up to.”

Central DeWitt starts their quest for a second state bid with the Hall of Pride Scrimmage next Thursday at Dubuque Senior High School.