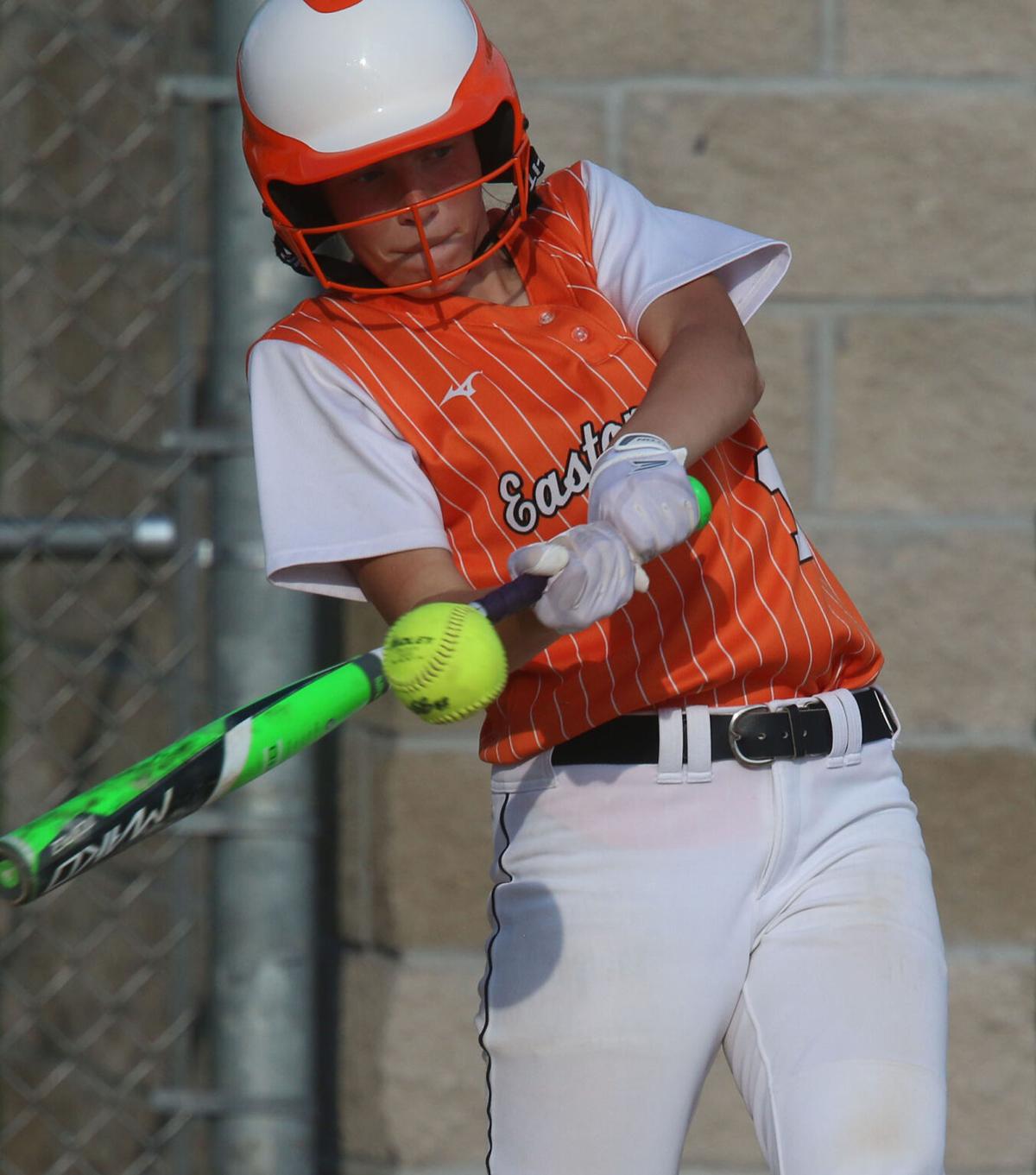 Easton Valley’s Hadley Farrell connects on a pitch during their game against Springville, Tuesday, June 8, 2021. 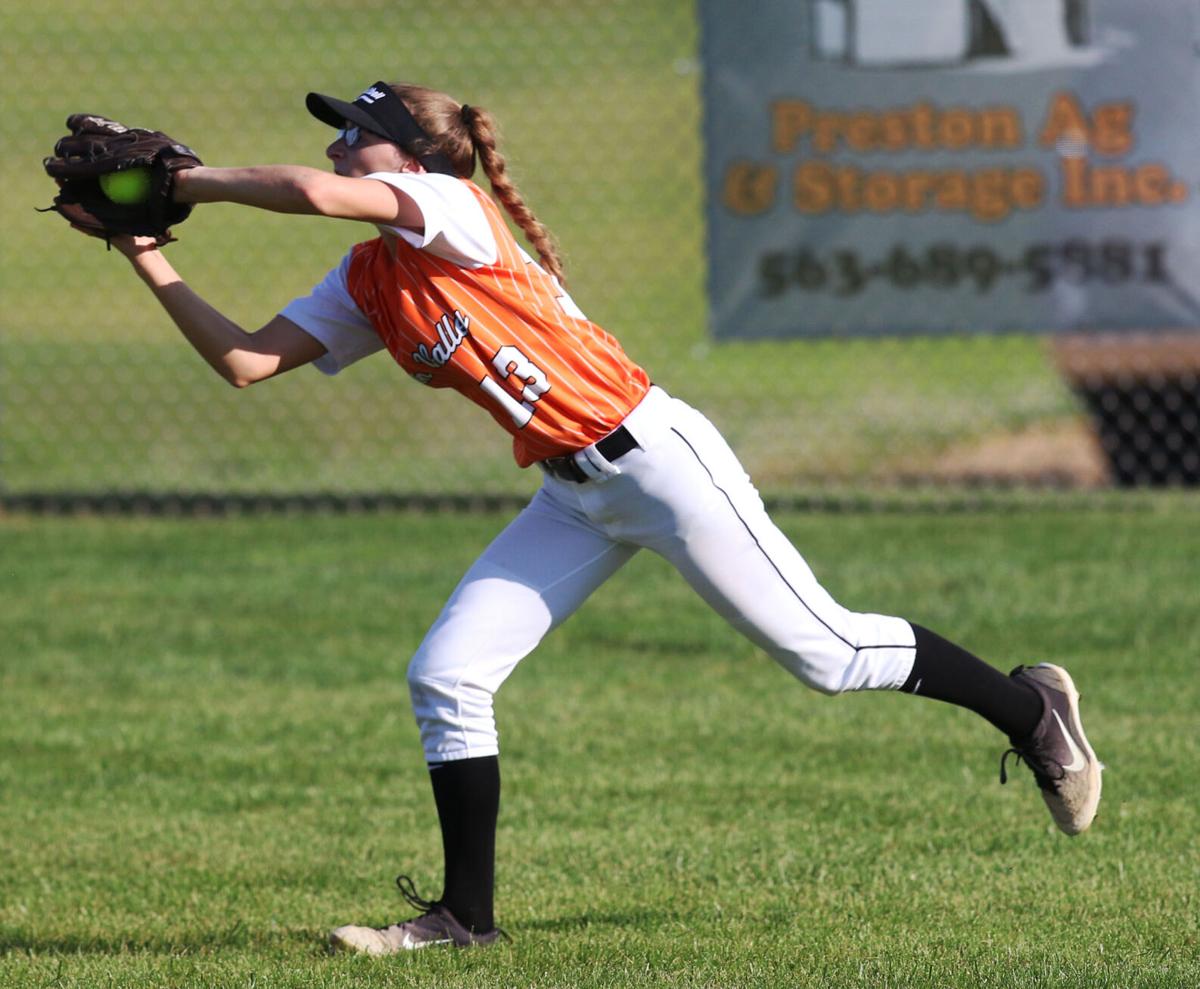 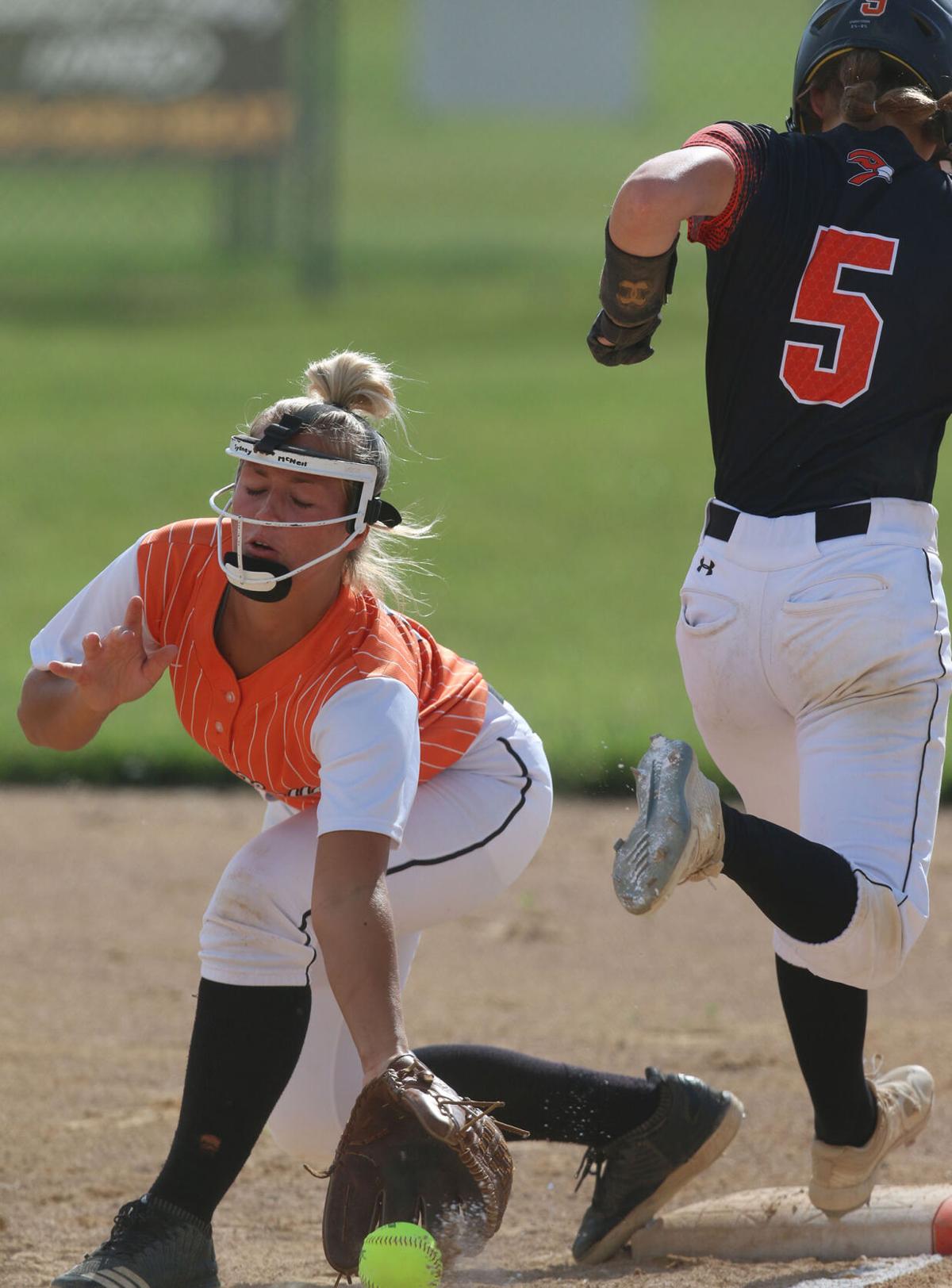 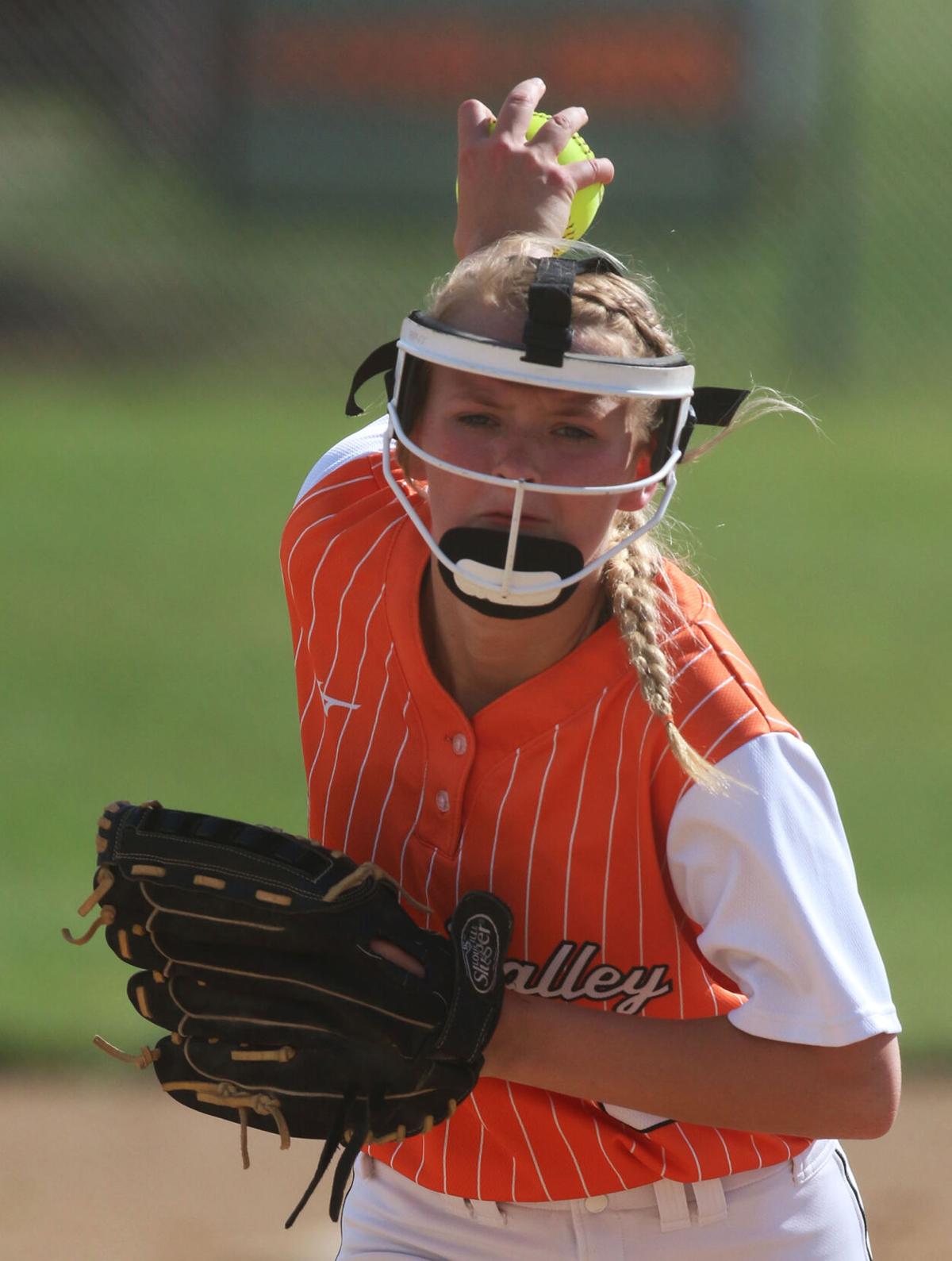 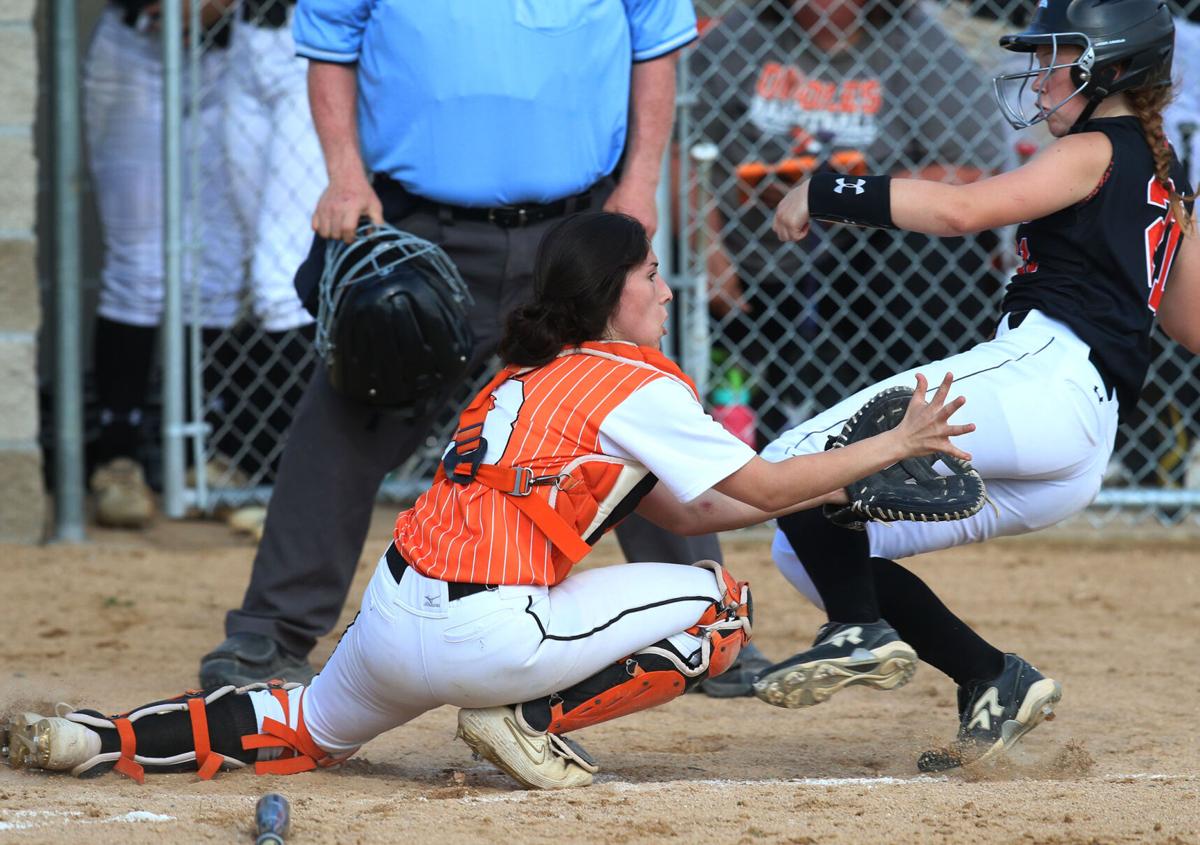 Easton Valley’s Hadley Farrell connects on a pitch during their game against Springville, Tuesday, June 8, 2021.

“Right now, we’re working toward one win. We’re chipping away a little bit each day. Each game, we learn something new and we fix something new. We set new goals after each game.”

Springville defeated Easton Valley 10-5/13-9 in a doubleheader Tuesday at home.

The River Hawks dropped to 0-14 while Springville improved to 12-6.

The River Hawks are still trying girls out at different positions, and EV senior catcher Zoe Espirdon said it will just take time for everyone to build chemistry.

“We’re still trying to mesh together,” Espirdon said. “We’re getting pushed around to a lot of different spots — like this game, we’re just trying it out and obviously, if it doesn’t work, we’re just going to keep pushing around until we find the right groove.

In game one, EV’s Jaysie Wood had two RBIs and Addison Messrich added one. Espirdon, Wood and Kylee Ready all had two hits, while Messrich had one. Wood pitched all seven innings for the River Hawks.

Espirdon said she and fellow senior Sydney McNeil are doing what they can to be leaders.

“We’re trying as hard as we can and we want the same effort from everybody else,” Espirdon said. “We put our hearts into it. We’re telling everybody signs and stuff because a lot of underclassmen don’t memorize it, but we’ve been here for three, four years already, so we know the ins and outs. We know how the whole entire field works, so we just tell everybody and try and keep everyone’s heads up — we try to keep lots of positivity going.”

“She’s an amazing leader,” Bell said of Espirdon. “She really commands the field and we kind of hurt without her the last few games. She’s always a big voice. My other senior, my shortstop Sydney McNeil, they do tremendous work. A lot of talk all the time and they’re always on the girls to get better.”

Espirdon said her favorite part about playing catcher is getting to throw out opposing base runners.

“I always try to make sure and be loud and let the whole entire field know how many outs, where we’re going, where the outfield is going.”

She used to throw from the catcher’s spot standing up, but now has gotten used to throwing from her knees. She said she’s still working on her aim a little bit, too.

“I kind of get it on the left side of the base a little too much, but you’ve really just got to snap down your arm and go,” Espirdon said. “It’s really easy to throw somebody out at third base because their leads get a little too far when there’s less than two outs. It’s all in your legs, too. I shift my body and throw so fast, I don’t have time to shift, and then throw. It’s all one motion you have to keep going.”

Espirdon has around six or seven throw outs so far, with a goal of around 25.

“I look forward to winning,” Espirdon said. “We always have a really good couple innings, but kind of fall down. I’m looking forward to the time where we just keep going and we don’t let up a little bit.”