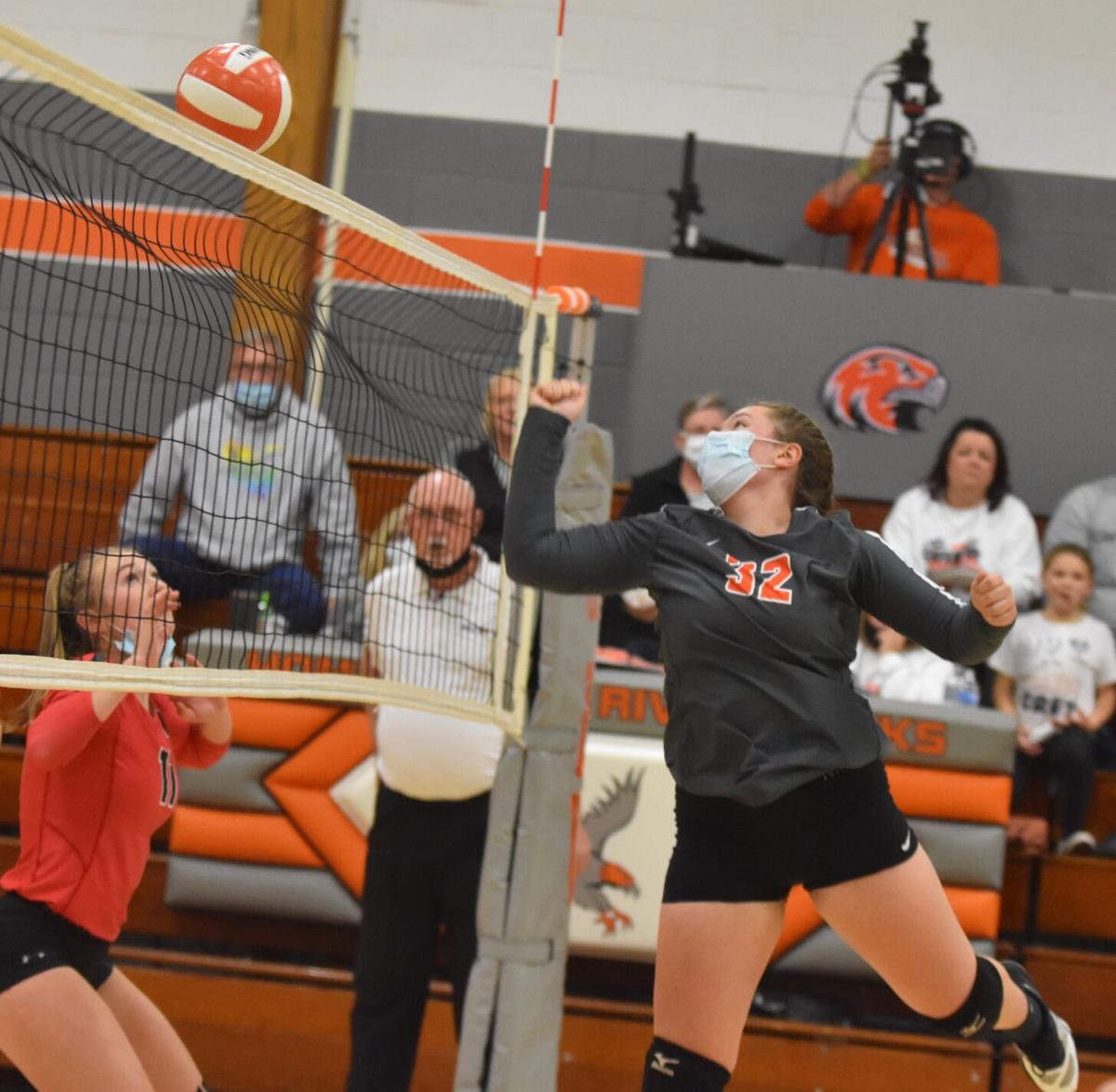 Easton Valley’s Dana Carlson (right) and Lisbon’s Peyton Robinson (left) watch the ball teeter on the net during the River Hawks’ loss to Lisbon on Oct. 13 in Miles. 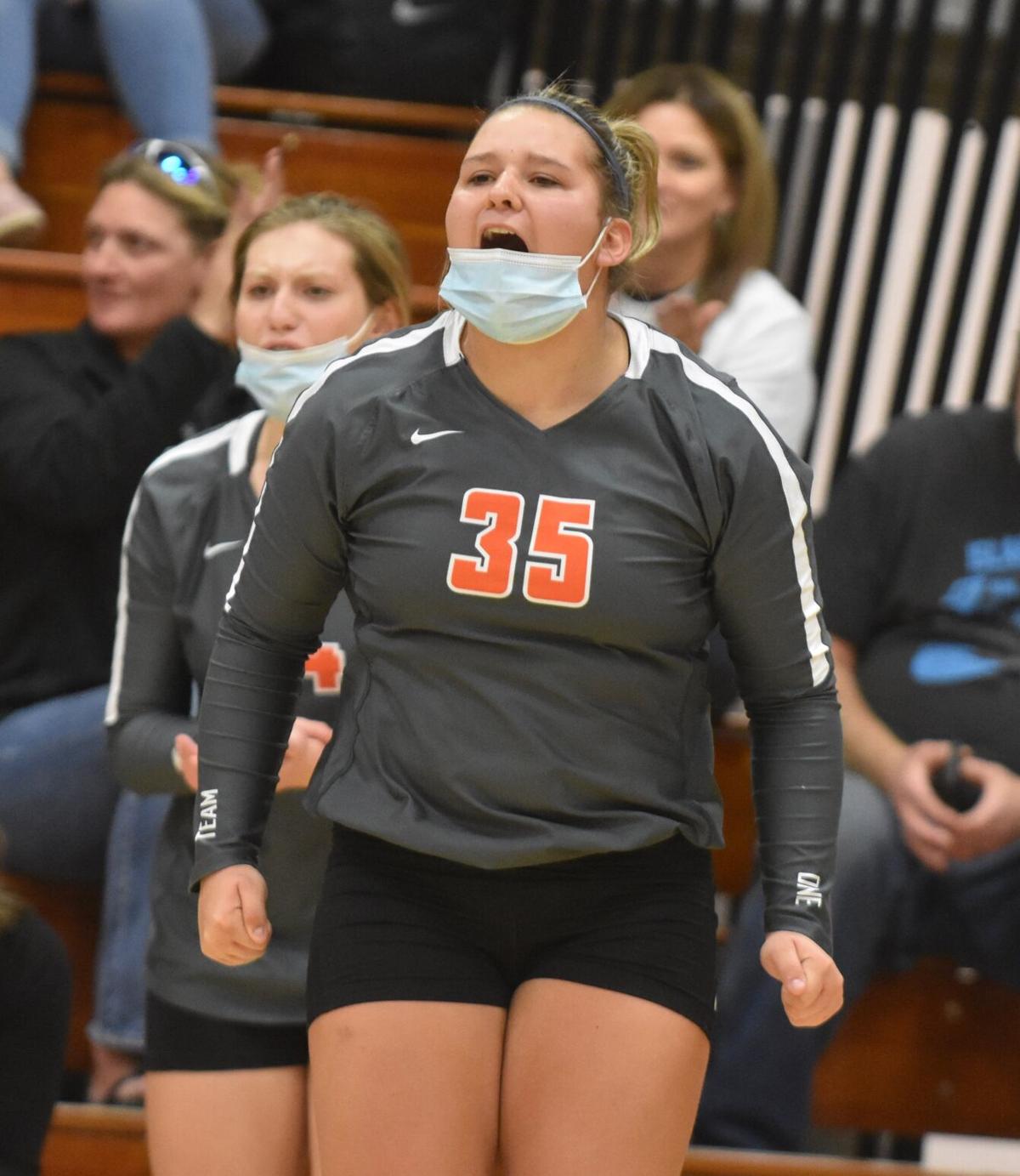 Easton Valley’s Kylee Ready (No. 35) cheers the River Hawks on during the team’s loss to Lisbon on Oct. 13 in Miles. 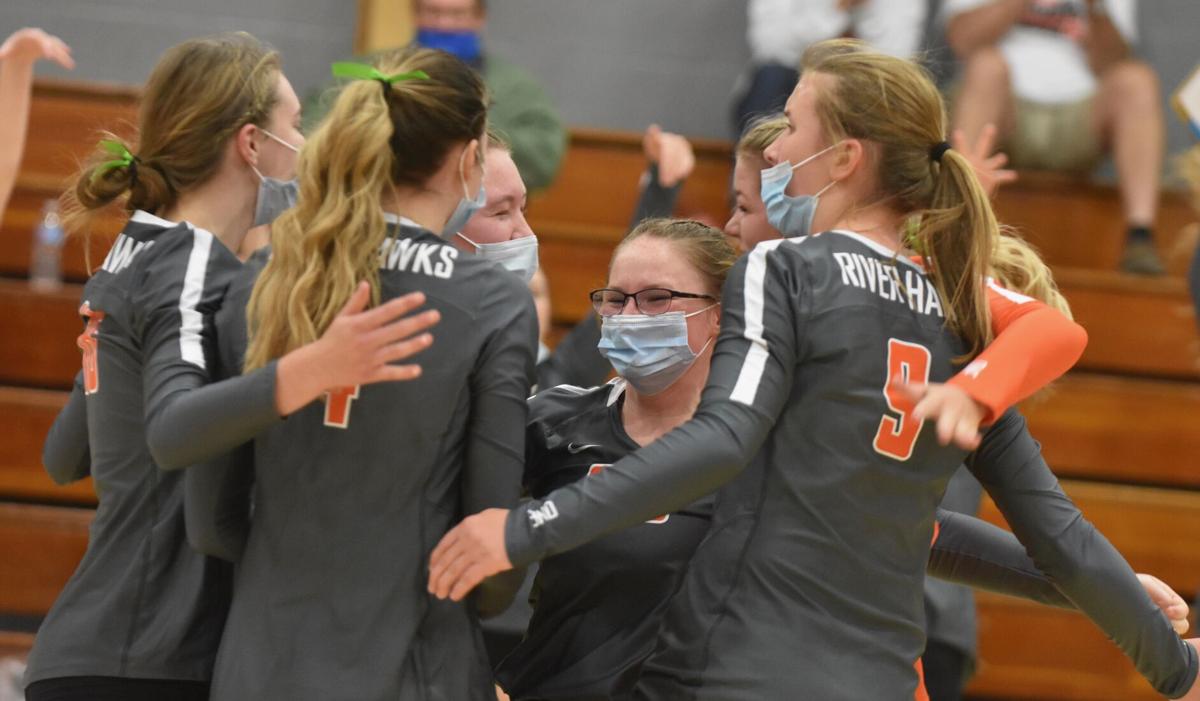 The Easton Valley volleyball team huddles up during the team’s loss to Lisbon on Oct. 13 in Miles.

Easton Valley’s Dana Carlson (right) and Lisbon’s Peyton Robinson (left) watch the ball teeter on the net during the River Hawks’ loss to Lisbon on Oct. 13 in Miles.

Easton Valley’s Kylee Ready (No. 35) cheers the River Hawks on during the team’s loss to Lisbon on Oct. 13 in Miles.

The Easton Valley volleyball team huddles up during the team’s loss to Lisbon on Oct. 13 in Miles.

But, Tuesday night was less Six Flags and more like the county fair.

“We talked about the things that were great,” Larson said. “We’ve been a roller coaster and tonight I felt like we had little bumps. We didn’t drop down. We had little, tiny bumps tonight. Momentum’s huge in volleyball and we just learned some things tonight, like how much focus and having each other’s backs it takes.

The River Hawks had an explosive second-set win, and nearly came back to win in the fourth set, but ultimately fell to a talented Lisbon squad.

“We were definitely competing with them,” Easton Valley junior Kaitlyn Kuhl said. “We could have beat them if we just kept going in the fourth set, kept fighting. We played together really well and just kept pushing together. We played as a team. That was the best volleyball we’ve played all season. I think that will help us going into Thursday for sure.”

Lisbon controlled the first set, but the River Hawks came out with a different energy in the second set.

Easton Valley built a 12-5 lead, forcing Lisbon to call timeout. Though the Lions would take the next three points, the River Hawks took the next six, all of which were on Maddi Klemme’s serve. Aces from Klemme and diving digs from Keeya Kunde and Kuhl kept the run going.

Easton Valley controlled the rest of the set, winning it on a Mikayla Mitchell kill.

“People stepped up when they needed to step up,” Larson said. “Whoever’s turn it was, I felt like they made it happen — whether it was a big block, kill, or big dig or a serve in. I think we played the best tonight we’ve played all season as a team.”

The Lions came out with a 10-6 set-three lead, but the River Hawks stormed back to take a 14-13 advantage. A few plays later, the Lions regained the lead 16-14 on a Sophie Jennett kill to make it 16-14, forcing an EV timeout.

Easton Valley went down 14-5 to begin the final set and, despite cutting the lead to as low as two points, lost the set as the Lions took the win.