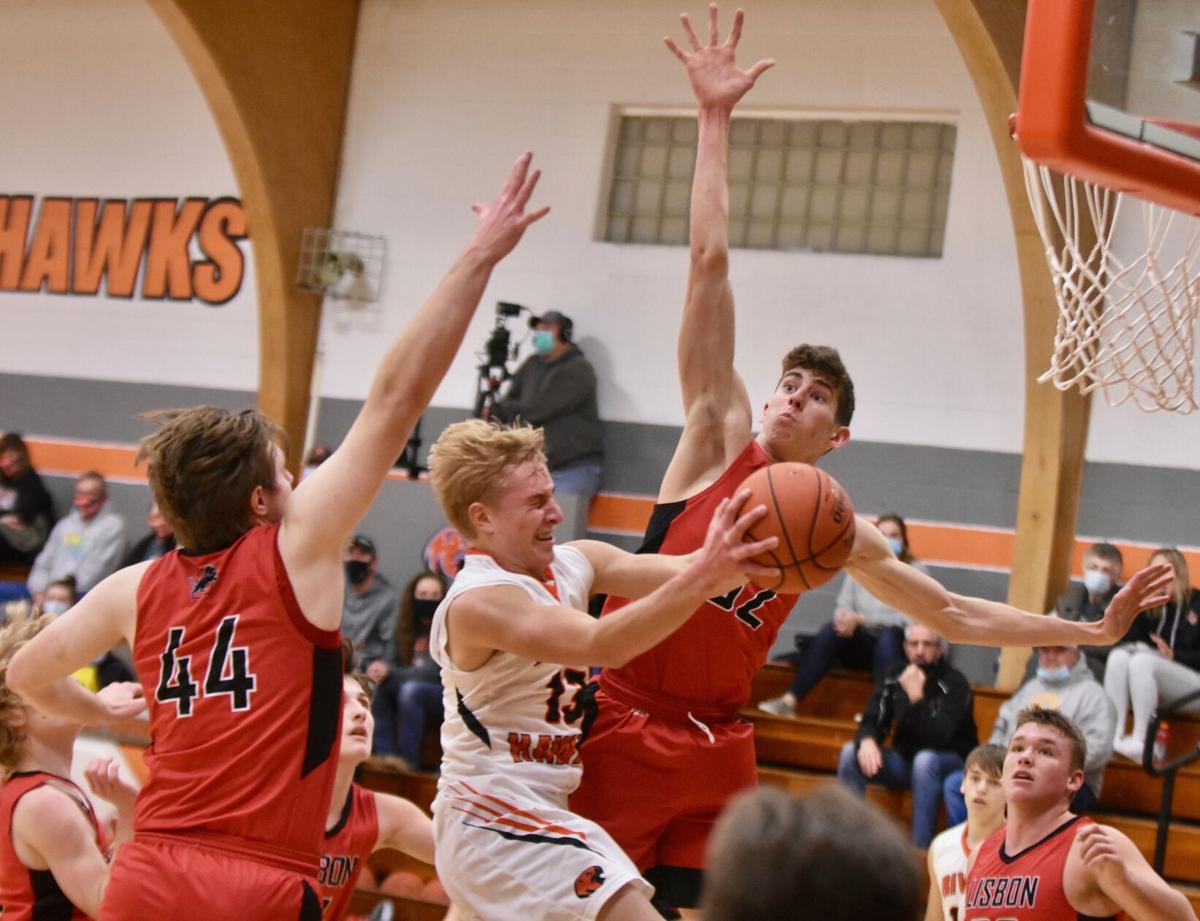 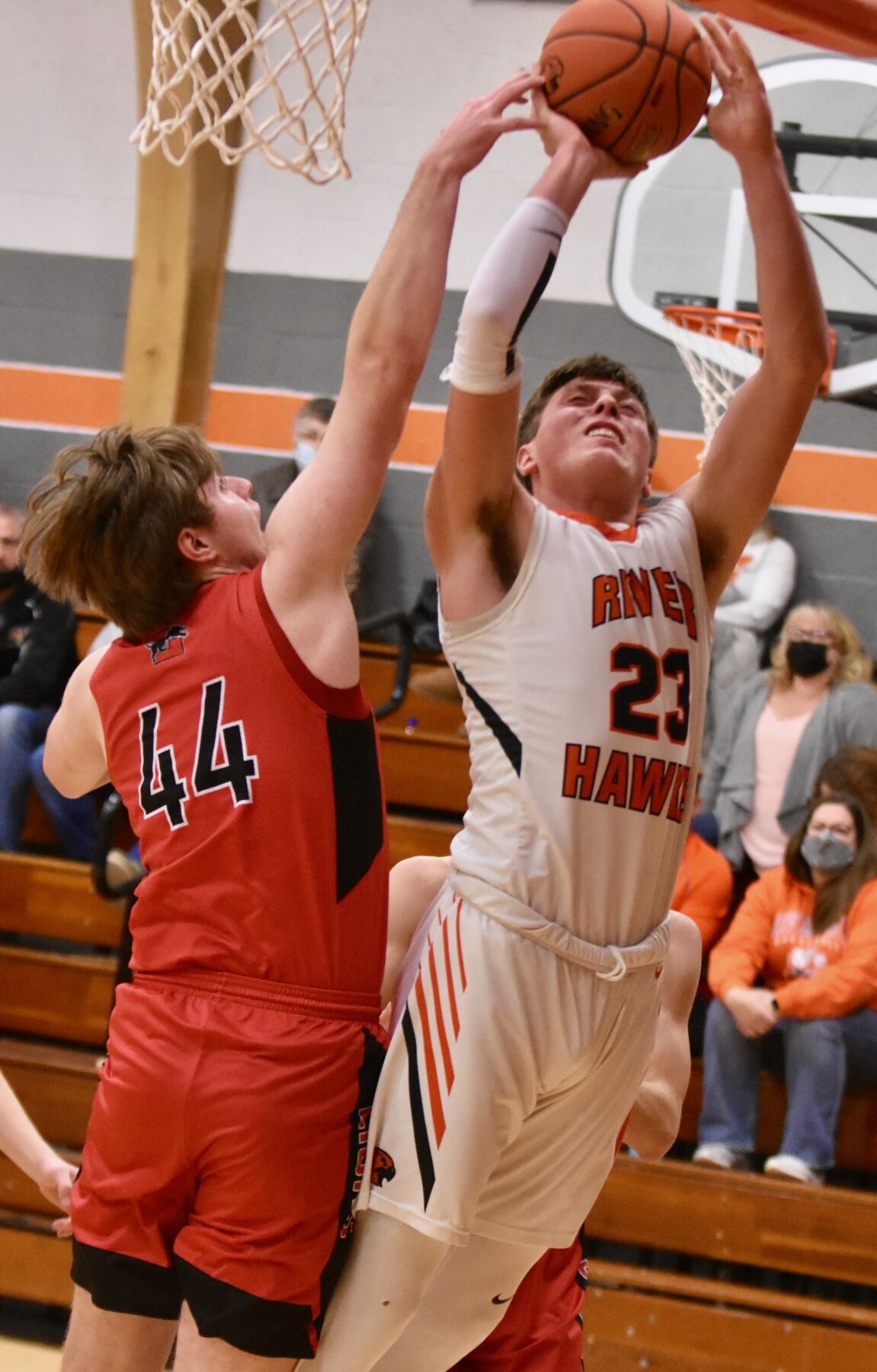 “I was just telling the kids we just really played a great second half against a team that a lot of people would’ve picked to be one of the top contenders in our division — some people probably picked them to win it, some people said it’s going to be tight between them, Cal-Wheat, Prince of Peace, Easton Valley,” Beck said. “It was a good win.”

The River Hawks jumped out to a 29-15 halftime lead before outscoring the Lions 39-5 in the second half. The Lions did not score a single point in the fourth quarter.

“We knew coming into the season that Lisbon was going to be top competition,” EV senior Kaleb Cornilsen said. “We had to come into this game and take care of them. We knew if we got these guys taken care of tonight, we have a chance at winning the conference title, so it was a big win.”

The second half began with technical free throws from Cornilsen, who split the pair. Lisbon was called for a technical due to not getting their starting lineups in on time.

Cornilsen hit a layup and two more free throws to make it 38-15 River Hawks a little over a minute into the third quarter, and junior Cayden Deardorff hit a 3-pointer at the top of the arc to make it 38-15.

A few plays later, Cornilsen hit a short jump shot, senior Porter Fuegen got a steal on the ensuing Lisbon possession and made a tough layup as EV went up 43-18.

“Especially in the second half, once we started turning them over, we’re really good at attacking the basket,” Beck said.

“We were getting easy run outs and when you get that, it’s super easy to get excited,” Cornilsen said. “That just continued the whole game.”

FROM OTHER NEWSPAPERS: Live streaming of committee meetings is welcome, but work still needed

Before this year, if you wanted to know firsthand what lawmakers thought about early-stage bills, you usually needed to go to the Capitol, whether by bus from downtown Des Moines or four-hour road trip from Rock Rapids, and track down a room. And those steps were absolutely required to share…

DELMAR [mdash] Loren Hass, 77, died, Saturday, January 23, 2021, at home. A memorial service will be held at 11:00 a.m. Saturday, January 30, at Grace Lutheran Church, DeWitt, visitation one hour prior. Arrangements are with Schultz Funeral Home, DeWitt. A full obituary may be viewed at www.…