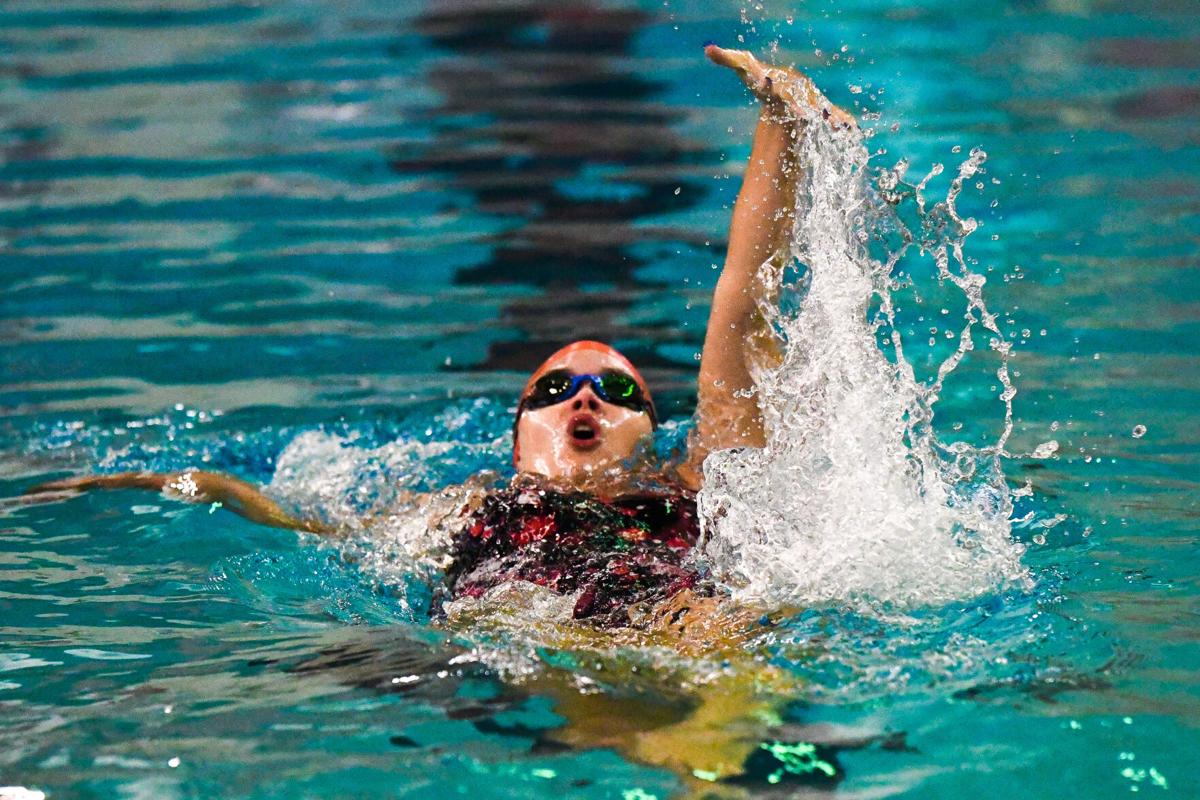 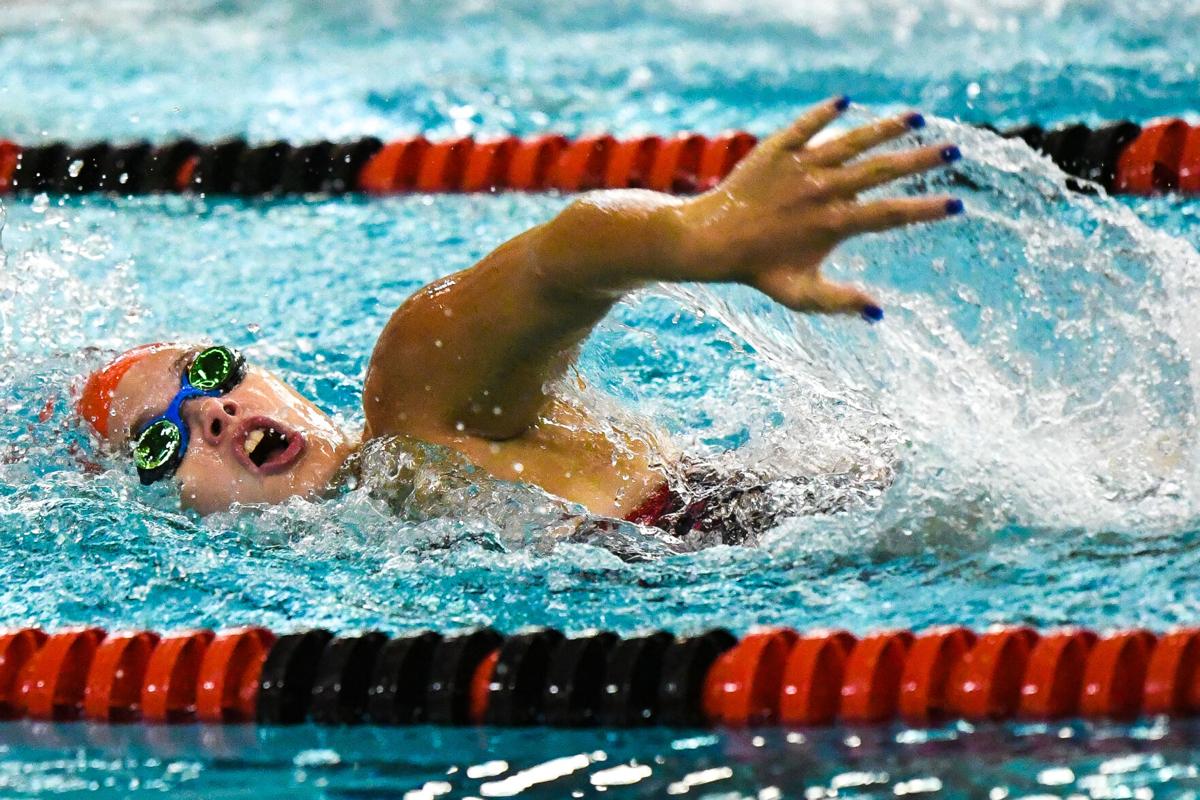 Morrison’s Landri Harmon swims her leg of the 400 Yard Freestyle Relay for the Fillies on Monday night in Clinton. 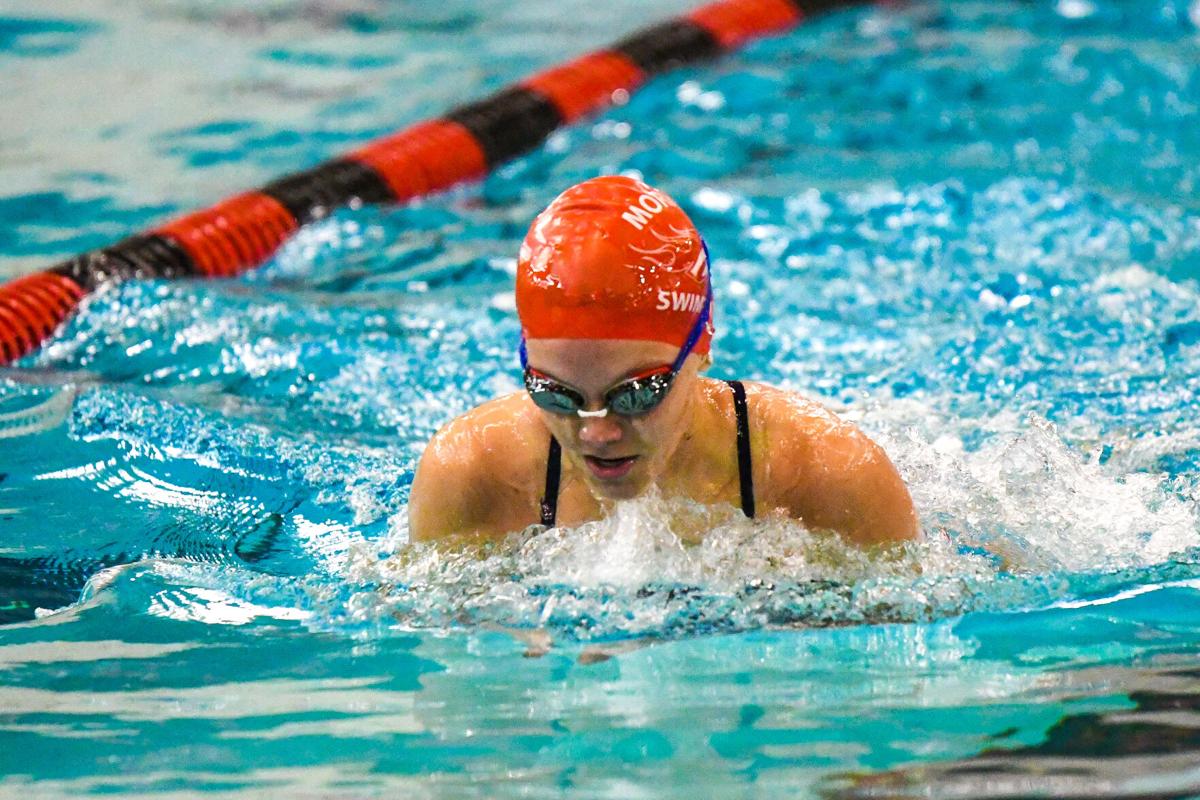 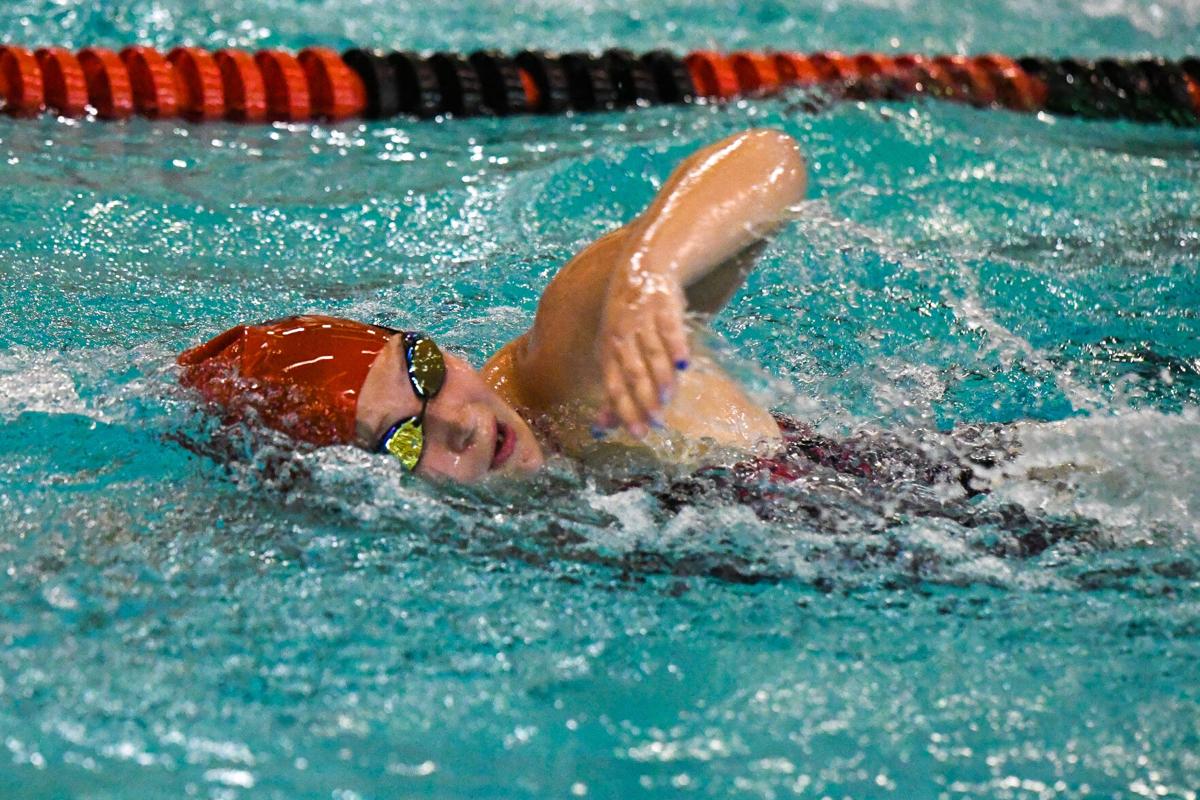 Morrison’s Landri Harmon swims her leg of the 400 Yard Freestyle Relay for the Fillies on Monday night in Clinton.

CLINTON – Clinton and Morrison jumped into the pool on Monday night for a local dual swim meet.

The Fillies came out on top with a team score of 92. The home team came in with 69 team points.

“I think they did really well,” Morrison head coach Chelsea Brewer said. “They kept a positive attitude when they know they have a hard week coming up this week. They came into this singing songs, great attitude, cheering for the other team when they’re swimming. I’m happy with how the attitude led their way tonight.”

Morrison came in with first place finishes in every varsity event except for one.

“Individually, we’re trying to touch some times that we didn’t really get the chance to last year with the shortened season,” Brewer said. “As a team, we realized with nine girls we come in at a deficit so it’s important to keep our heads up and keep doing our best.”

They kicked off the night with a relay win. The combination of Landri Harmon, Kate Henson, Schyon Drolema and BayLeigh Brewer clocked in at 2:04.34 in the 200 Yard Medley relay for a win.

Henson and Brewer coupled with Morgan Baker and Laney Edgeton later in the meet to take a first place finish in the 200 Yard Freestyle Relay.

Baker and Edgeton swam the 400 Yard Freestyle with Landri Harmon and Schyon Drolema. The group finished the event in 4:06.56, winning the event in over 20 seconds.

“We put an emphasis on our relays,” Brewer said. “It’s a matter of putting your best put forward or stretching the team a little thin and we decided to put our best foot forward.”

A number of individuals took home medals for the Fillies as well.

Laney Edgeton win the 200 Yard Freestyle in 2:20.41, edging out teammate Morgan Baker by two-tenths of a second.

Schyon Drolema added to the point total with a victory in the 50 Yard Freestyle, clocking in at 26.75. Drolema also brought home the win in the 100 Yard Butterfly, finishing in 1:05.76.

The majority of the Clinton team points came from runner-up finishes. All three of the River Queen relays came in second on the night.

The group of Sarah Hilgendorf, Lydia Hoffman, Macie Hoffman and Kendie Huizenga took second in the 200 YArd Medley in 2:10.37.

Hoffman and Huizenga teamed up with HAnnah Malli and Jayden Kissack to take second in the 200 Yard Freestyle.

Huizenga and Macie Hoffman swam with Malli and Hilgendorf to end the meet with a runner-up finish in the 400 Yard Freestyle, finishing in 4:27.34.

“It was senior night so the energy is always weird to start with,” Hayton said. “We just got over two straight weeks of homecoming – Clinton homecoming and then the DeWitt homecoming – so hopefully the festivities are over and we can focus on the next three weeks.”

“It was definitely emotional,” Sarah Hilgendorf said. “I know I probably won’t do it in college, so just knowing I won’t have another season makes me sad. All my friends, I’ll miss them.”

“The JV girls did quite well tonight,” Hayton said. “They dropped some big times in things.”

Morrison has a quick turnaround with a swim meet Tuesday night. The River Queens dive back into action on Thursday night with another dual meet. This one is on the road in Burlington.

“We’ve got a lot of people injured, sore,” Hayton said. “If we’ve got it all out of our system now, we’ve still got a full month. There are still some good things we can do. We’ve got plenty of time to do some good things.”