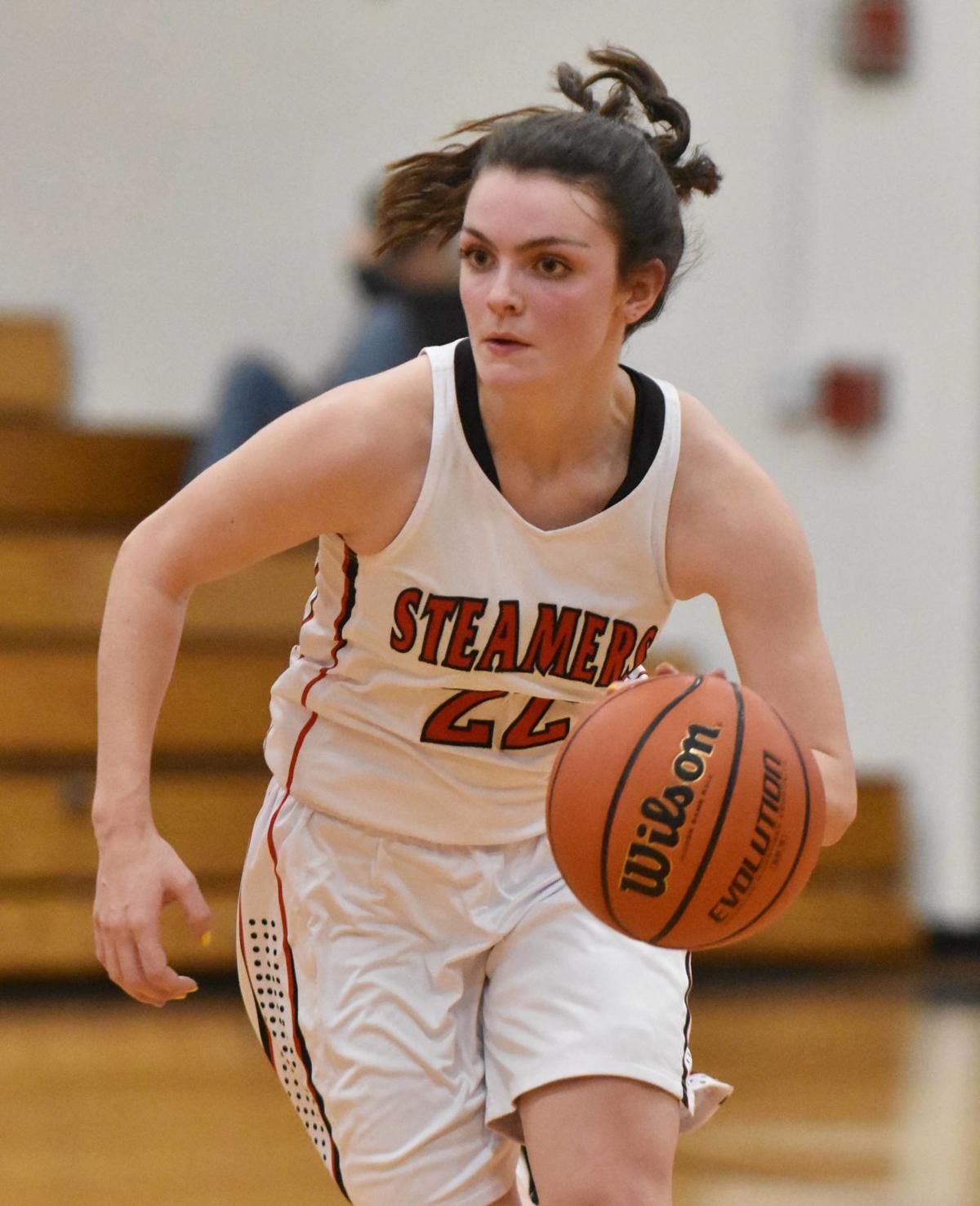 Fulton junior Liz Fish brings the ball up the floor for the Steamers. 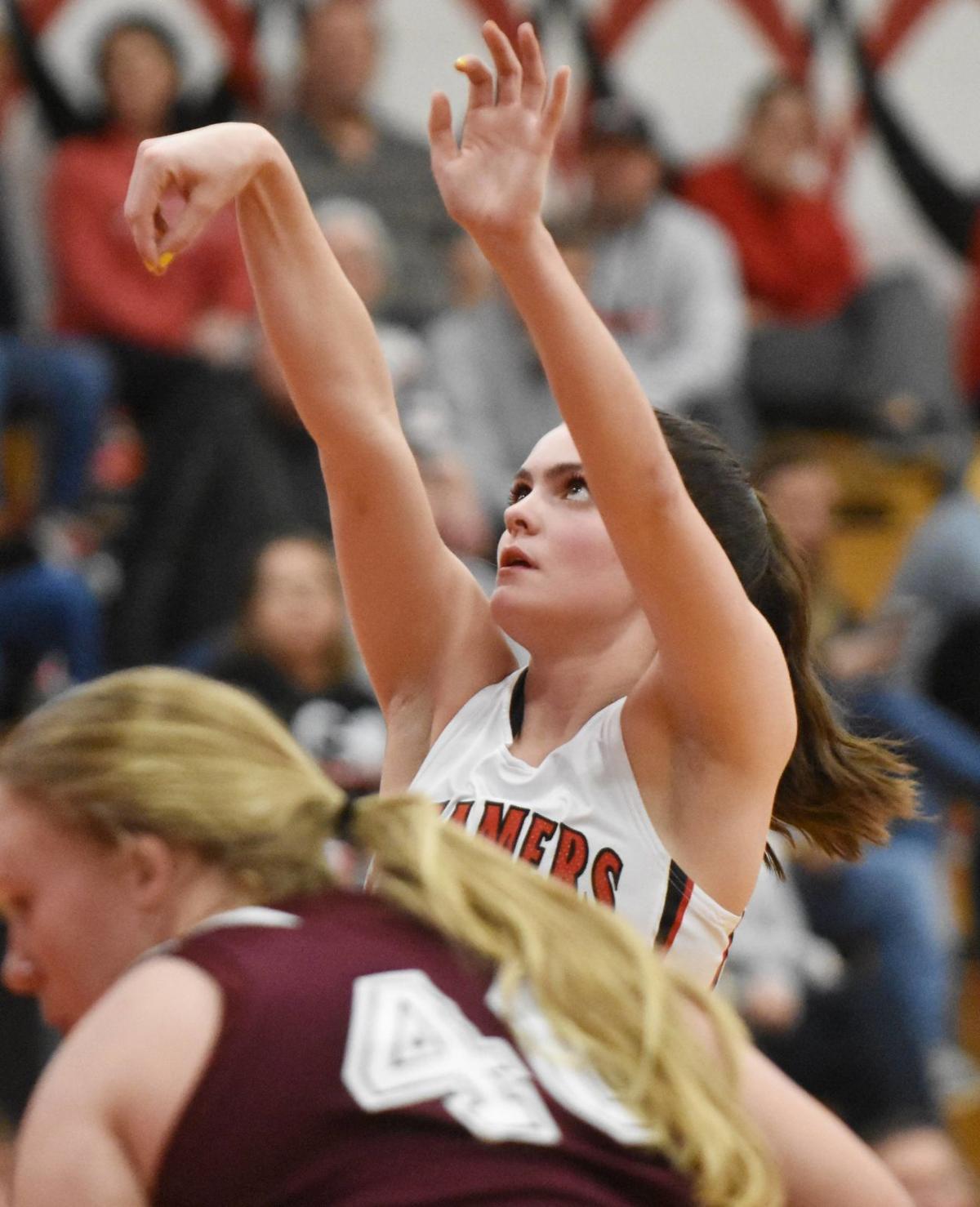 Fulton junior Liz Fish brings the ball up the floor for the Steamers.

That was clear over the holidays. Fish had to miss a couple of games for family, and the Steamers struggled to find their rhythm.

That’s because Fish has been a big part of the lineup since she entered the program as a freshman. As soon as he saw her play, head coach Mike Menchaca knew he wanted her competitiveness on the floor with the Steamers.

“When I met her, she had that game look on her all the time,” Menchaca said. “That’s impressive ... and she’s always working to get better.”

Fish is a smart basketball player. She’s not the tallest on the court, but offers plenty of foot speed. She uses that to her advantage and isn’t afraid to shoot the long shot or drive into the thick of things in the paint.

“Her IQ for the game was really good for her age at that time,”Menchaca said. “She had a good ball game going in and out, she liked to drive, she could shoot the ball. She was was one of the first freshman I could put in the game and not worry about that three-point line and not being able to get it there.”

It was a bit of an adjustment, though. As a freshman, Fish was prone to turnovers and chaotic moments as she got used to the speed of the varsity game and work on her ball handling. It did help, however, that she had an older brother. That made her more acclimated with the upperclassmen she now found herself playing with.

“At first, it was really nervewracking,” Fish said. “I grew up with them a little bit, but playing with them was hard to transition into. Once I got used to it, I got really comfortable and felt really good about it.”

She continued to play more and more minutes as a sophomore. With the graduation of Rylee Leitzen, she now commands the floor and does most of the Steamers’ ballhandling. She’s always taken care of parts of it, but now a lot of it is on her shoulders.

“I definitely had to work a lot in the offseason to get better,” Fish said. “I know I still have lots of improving to do, too.”

She’s also stepped up offensively. Fish can take off and be the leading scorer any night for the Steamers, whether it be from beyond the arc or from drives to the lane.

With her increased time at point guard, scoring isn’t always her No. 1 priority. That’s been a shift for her.

“She has the ball in her hands a lot and she plays a lot of minutes,” Menchaca said. “Being a point guard took away her ability to get off the ball and get shots, but it’s made her a better teammate for sure.”

Even though she does a little bit of everything for the Fulton offense, the stat Fish takes the most pride in is her steals. Defense is where he foot speed really helps her out, and she uses it on the perimeter, converting much of her defensive work into transition points.

“I think what goes unnoticed sometimes is her defensive effort,” Menchaca said. “I’d put her up against anybody, she’s a really huge asset.”

With the graduation of five seniors, Fish will continue to be a huge part of the Steamer lineup as a senior in the 2020-2021 season.

For now, she has this season to look to. The Steamers (13-13) wrap up their regular season against Bureau Valley this week, and turn their attention to the start of their postseason next Wednesday.

Bernard Robert "Bob/Doc" Weber, 75, of Clinton, died Sunday at his home. Memorial services will be held 1:00PM Friday, February 28, 2020 at the Clinton Chapel Snell-Zornig. Online condolences may be expressed by visiting snellzornig.com.