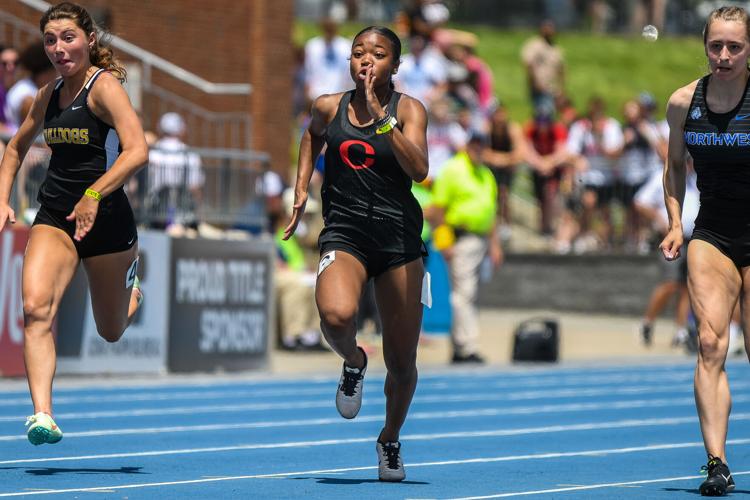 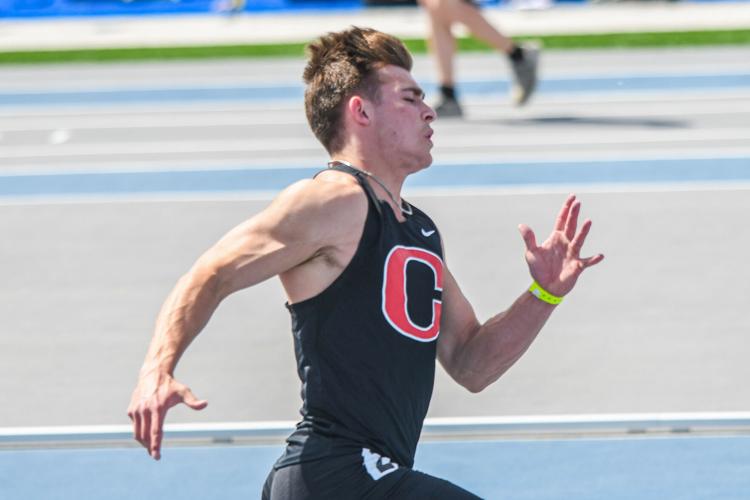 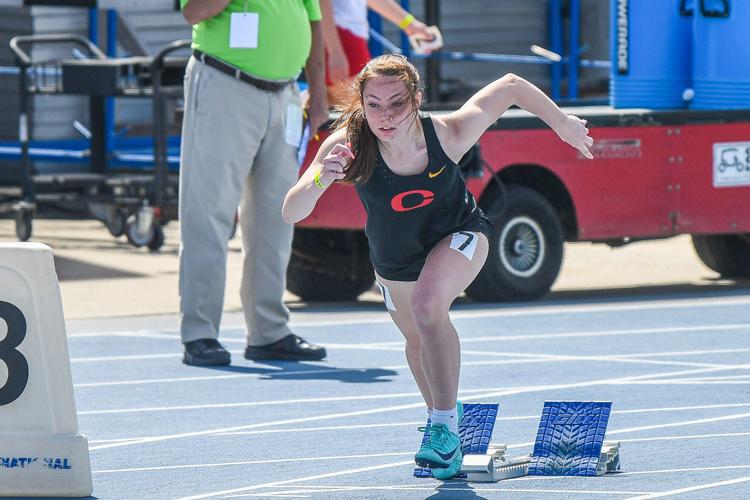 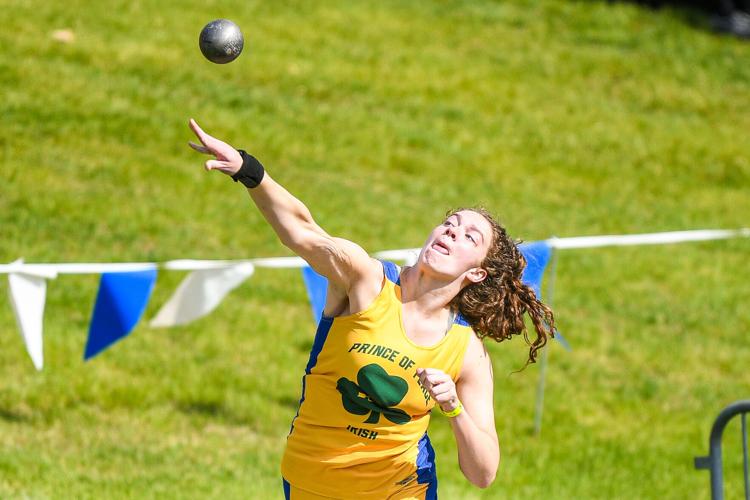 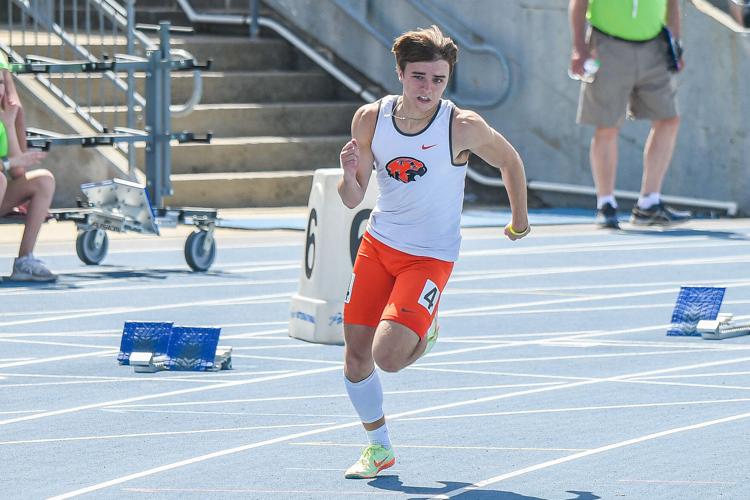 DES MOINES - The first day of the Iowa Hugh School State Track and Field Championships kicked off on Thursday morning under sunny skies and warm temperatures, and local athletes wasted no time making noise in their respective events.

Prince of Peace junior Sarah Moeller started the morning off right for the Irish, bringing home sone hardware in the first field event of the tournament.

Moeller snuck into the Class 1A shot put finals with the eighth best throw in the prelims, tossing the shot 36-09 on her first throw of the day.

In the finals, she had a throw similar to her qualifying throws, and then she scratched on her second. That left one throw to make an impact.

“I knew it wasn’t one of my best throws and I had to give it my all at the end,” Moeller said.

On her third throw of the finals, Moeller launched a personal best of 37-09.25 to finish with a seventh place medal.

“To get to the finals was great in the first place,” Moeller said. “But PR’ing was always my goal and I finally did that on my last throw, I just put as much as I could into it.”

Senior Lilly Isenhour ended her shot career in tenth place unofficially with a throw of 35-07.25.

Both Irish throwers will compete in the 1A discus on Friday.

“I definitely want to do better in discus,” Isenhour said. “I wanted to PR today but still .. I’m just so happy for Sarah [Moeller] and that’s all that really matters right now.”

Marcus Blount was just happy to finish higher than his qualifying seed on Thursday in the Class 1A 3200-meter run.

“I’m happy with my race,” Blount said after the race. “Coming in 24th, I don’t think I came in last and that was kind of my goal was to not finish last. Go out there, run hard, have fun, do my best.”

The Prince of Peace junior snuck into the field of 24 with the 24th qualifying time in the race. He finished two places higher when he ran his race at Drake Stadium, clocking in at 10:56.37 for 22nd in Class 1A.

Four different athletes tried their hand at making the 200-meter dash finals on Thursday morning, narrowly missing the top eight in their races.

In the 4A race, both Quinn Nielsen and Kanijah Angel ran for the Clinton River Queens. Angel just missed qualifying for the finals and a medal, running the race and finishing just outside the top 10.  She crossed the finish line at 26.30, good for 11th place but just short of finals.

Nielsen clocked in at 27.72 Thursday morning.

In the Class 1A 200 preliminaries, Easton Valley senior Aidan Gruver missed his goal of the finals as well. Gruver crossed at 23.91, cracking the top 20 in the field. He runs the 100-meter dash for the River Hawks later this afternoon.

Clinton senior Zach Connell finished in 16th unofficially with a 23.23 in the boys’ 200-meter dash prelims for 4A.

Clinton’s Kanijah Angel is headed to the 100-meter dash finals after running one of the eight fastest qualifying times on Thursday afternoon. That ensures Angel some state hardware and a top-8 finish.

“I feel great,” Angel said with a big grin across her face when wrapping up running for the day Thursday afternoon. “To come last year as a freshman and be seeded so low, then to work so hard all year to come back and make it to finals, it feels amazing.”

Angel finished the race at 12.72, qualifying with the sixth fastest time. She will run the finals to mark her final place in Class 4A on Saturday.

Clinton’s Addison Binnie ran a 12.04 in the 100-meter dash, it’s his first year running that event at Drake Stadium.

Easton Valley’s Aidan Gruver pulled out of both the 100-meter dash and 400-meter dash on Thursday after finishing 19th int he 200 earlier Thursday morning.

Clinton junior Addison Binnie wrapped up his state appearance on Thursday, finishing the 100 and 400-meter dashes.

”I’m not very happy with the outcomes I had in the 100 or the 400,” Binnie said. “It just means I have to comer back stronger, keep working in the offseason like I did last year, and hopefully I’ll be able to shave a few seconds off both those races.”