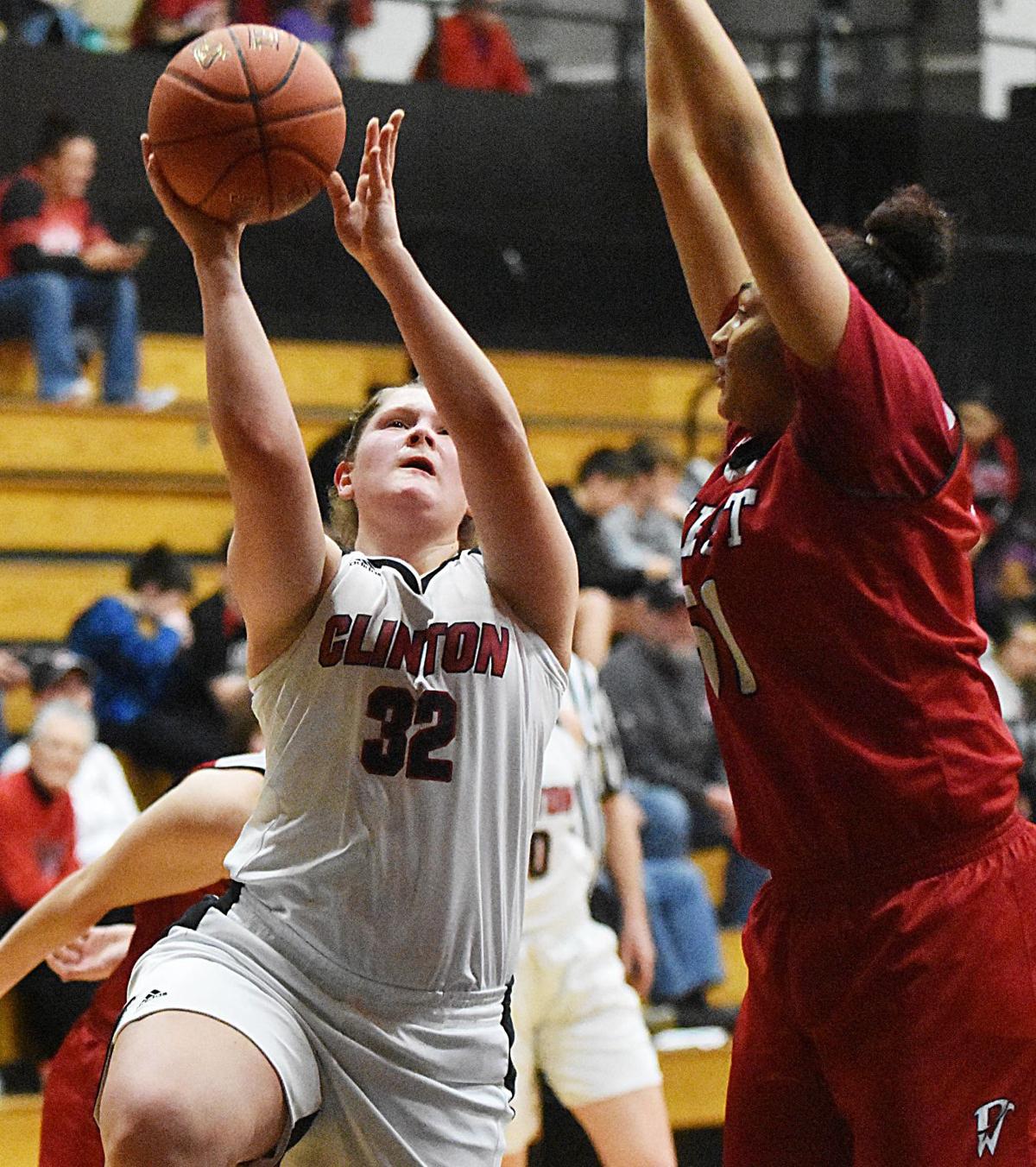 Clinton’s Makenzie Cooley puts up a shot against West’s Kylee Devore during Clinton’s win over the Falcons on Thursday night. 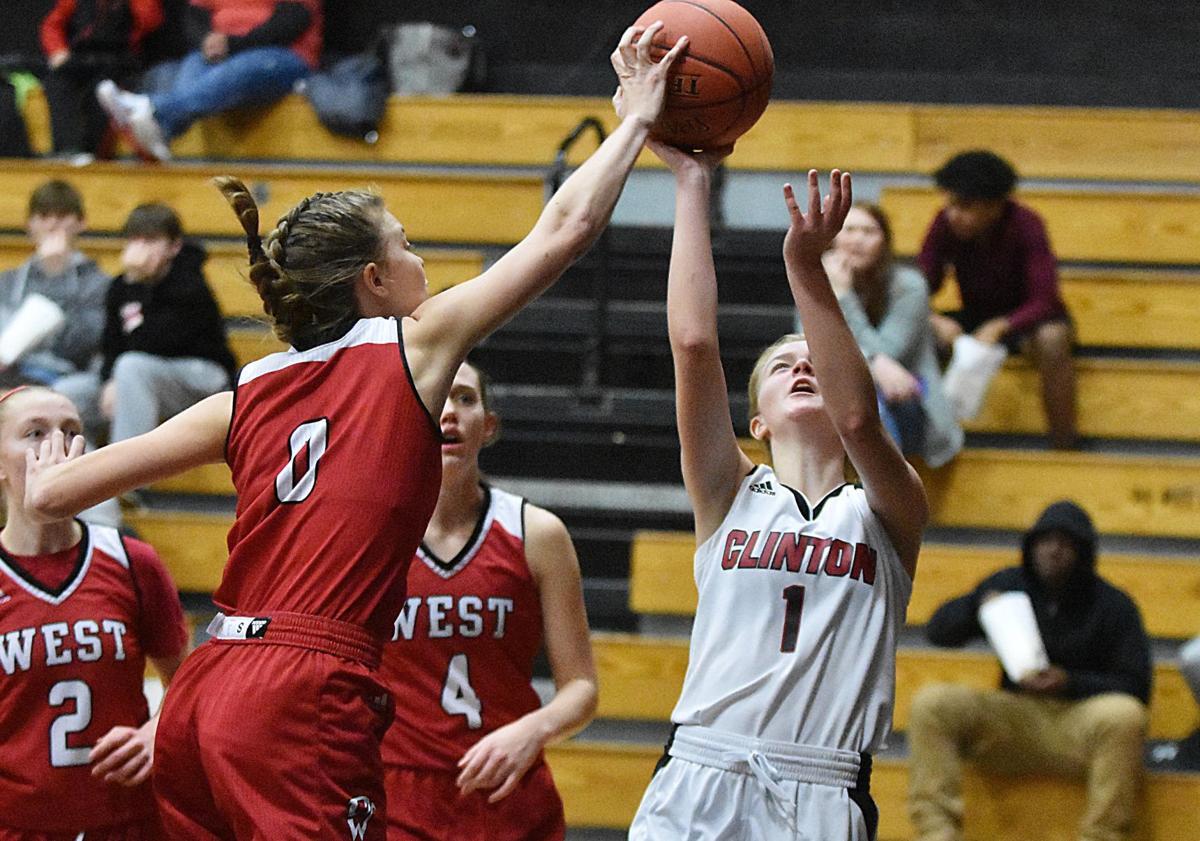 Clinton’s Elle Davis attempts a shot from the baseline during the River Queens’ 44-41 win over Davenport West at home on Thursday night. Davis had 20 points. 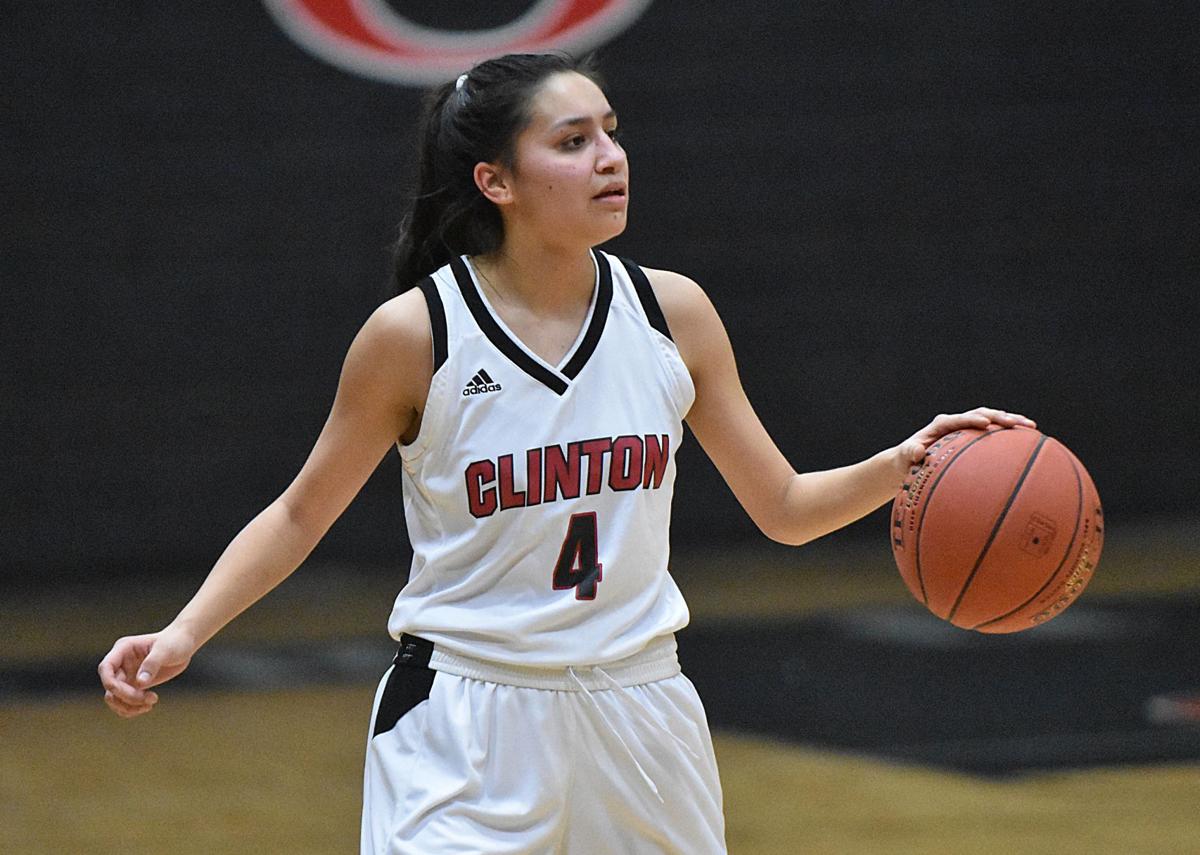 Clinton’s Selena Tello looks for an option from the top of the key.

Clinton’s Makenzie Cooley puts up a shot against West’s Kylee Devore during Clinton’s win over the Falcons on Thursday night.

Clinton’s Elle Davis attempts a shot from the baseline during the River Queens’ 44-41 win over Davenport West at home on Thursday night. Davis had 20 points.

Clinton’s Selena Tello looks for an option from the top of the key.

CLINTON –The River Queens fought off the Davenport West Falcons on Thursday night in a Mississippi Athletic Conference game, picking up their second win of the season 44-41.

The first time the two met, the Falcons were the ones who came away with the 16-point victory. Clinton head coach Cathy Marx wasn’t even comparing the two with the knowledge of how much they’ve changed since that December contest.

“Since we met them we changed our entire offensive set,” Marx said. “That’s also them relaxing. Its nice to be home again, we know the court, we know where to be and it’s all familiar.”

Up by two with 1:21 remaining, Elle Davis got fouled on the floor. She put in one, then got fouled again and drained another. Those would prove crucial, with the Falcon scoring on the very next possession.

Davis capped it off with another two free throws to give the Queens their 41-38 lead with 40 seconds left, and hit her game-high 20 points.

“That’s who we want on the line,” Marx said. “She showed up took a deep breath and put them down.”

It still wasn’t over. A Falcon three cut the lead to just two with ten seconds to go. The Queens managed to get the ball into Rylie Mussman, and then Jamie Greenwalt solidified the win with a free throw of her own.

Clinton knew they would have to handle Davenport West’s 6-03 forward Kylee Devore. She had the Falcons’ first six points, contributing to a total eight offensive rebounds by West throughout the game.

But the threes went flying. The Queens hit three in first quarter and five in the first half to send them ahead 25-20.

“We just put in three new plays and we’ve been practicing them,” Marx said about the confident outside shooting. “I knew the girls would set some good screens and get those shots up. They didn’t press us as much so our legs were under us.”

The posts put in work against DeVore, especially on the boards. The combo of Molly Shannon, MaKenzie Cooley and Michelle Powell pulled down big rebounds all night.

“We knew we had to box out, know where she was,” Marx said. “Know where all of them are the whole time and put a body on them. It was a good win for us.”

Cooley was tasked with the defense duties on DeVore.

“I feel good [about her defense[,” Marx said. “We’re working on post defense and she hasn’t had to play someone that height. You have to keep that constant contact.”

The game certainly got chippy. Fouls were flying on both side, with offensive penalties handed out, along with an intentional foul on West in the third quarter. Fans were also in on the action, making their thoughts known to officials on the floor.

“I was proud of them,” Marx said. “That’s why you have to call a timeout sometimes for that situation. You have to know they’re coming for you, and do what you need to do. Don’t return the chippy play.”

With the big buckets from Falcon Kylee DeVore, who finished with a team-high 18 points for West, the Falcons took a nine point lead and cut it to four, finding new life. After a couple of turnovers and long possessions, Molly Shannon found herself open on the elbow for a quick jjumper. That sent the Queens to the final period with a 33-27 lead.

A three quick in the fourth quarter cut the lead to 33-30. The Queens struggled to get looks on offense with the lane bogged up and the perimeter defense tight. That’s until Clinton found Elle Davis in the corner on an inbounds play, where she drained a three for her 17th point of the game.

The River Queens improve to 2-16 and have a quick turnaround, welcoming Davenport North the Yourd Gymnasium on Friday night for a varsity doubleheader.