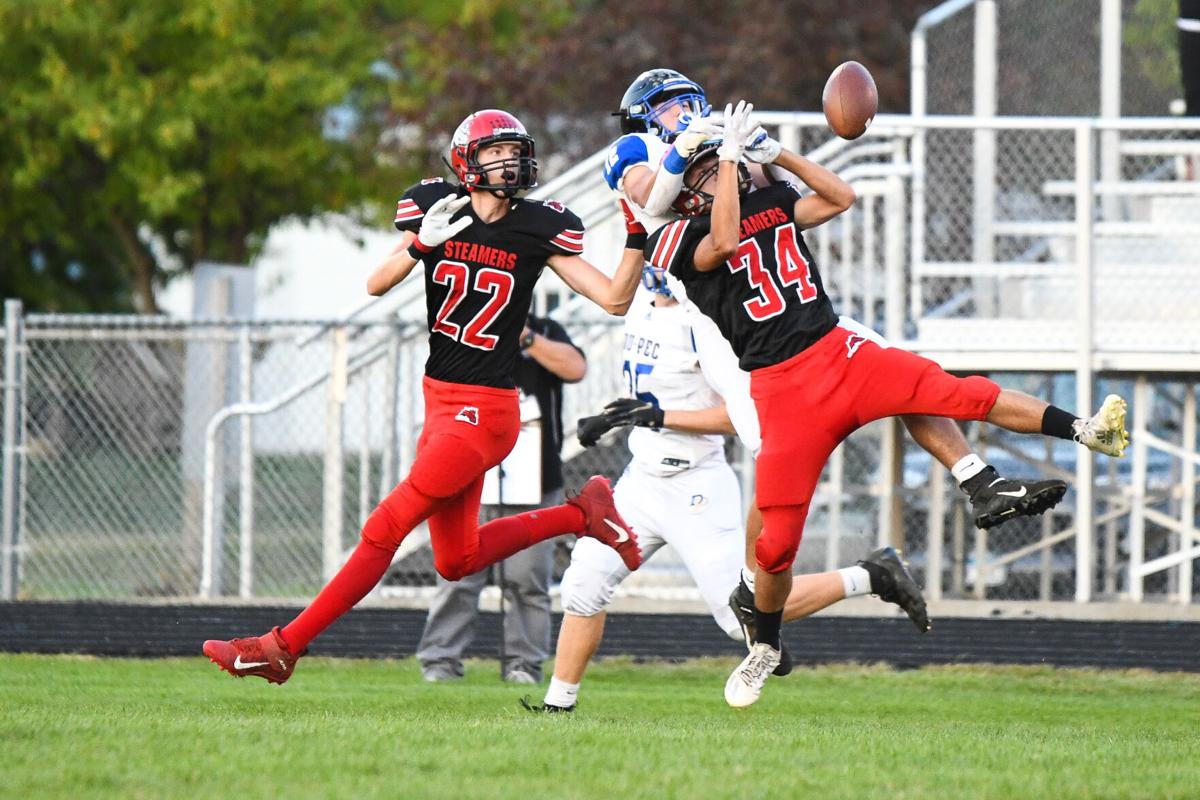 Ryan Eads and Baylan Damhoff break up a pass attempt during Fulton’s 44-28 loss to Durand-Pecatonica on Friday night. 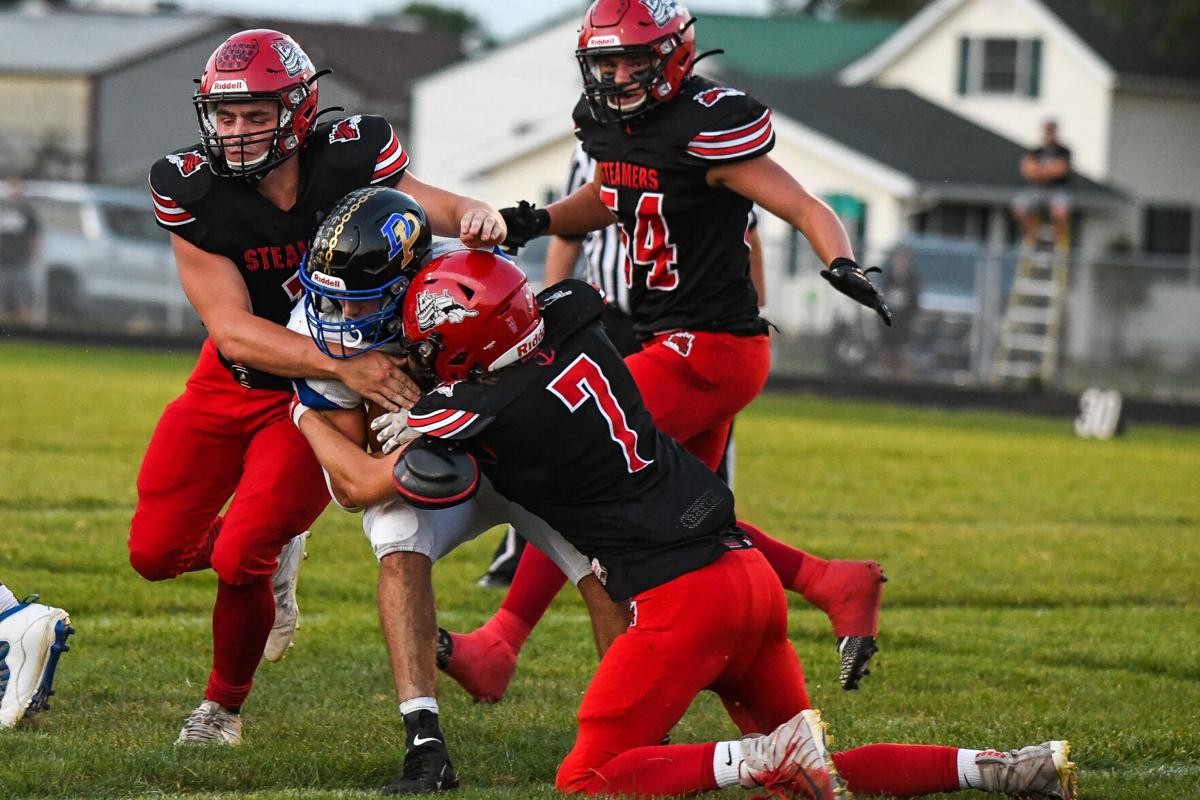 Fulton’s Keegan VanKampen and Jacob Jones make a tackle during the Steamers’ Friday night loss to Du-Pec at home.

Ryan Eads and Baylan Damhoff break up a pass attempt during Fulton’s 44-28 loss to Durand-Pecatonica on Friday night.

Fulton’s Keegan VanKampen and Jacob Jones make a tackle during the Steamers’ Friday night loss to Du-Pec at home.

FULTON, Ill. – The No. 4 Fulton Steamers were handed their first loss of the 2021 season on Friday night with a 38-24 loss to Durand-Pecatonica.

The Rivermen received to start the game and marched down the field slowly. The four-minute first drive saw Du-Pec picking up seven or eight yards at a time and almost entirely on the ground. They crossed into the endzone at 8:10.

The Steamers went four plays and punted, but on Du-Pec’s second possession Baylan Damhoff picked off a pass play and took the ball 40 yards for the Steamers’ first points. With a good kick, Fulton had cut the lead to just one.

It was deadlocked after that for the remainder of the first quarter and halfway through the second. The Rivermen found the endzone again with 6:46 remaining in the half and converted once again.

Fulton stayed within striking distance. By half, the Steamers were down by six and by the end of the third quarter they were down seven.

The Rivermen were able to put two more touchdowns on the board in the final 12 minutes to clinch the win.

Quarterback Patrick Lower threw a 64-yard touchdown pass to Damhoff in the third and Keegan VanKampen punched the ball in from two yards out for the Steamers’ other two touchdowns.

The Steamers could never stop the Rivermen on the ground. Du-Pec ended with 353 rushing yards compared to Fulton’s 80. Lower threw for 170 passing yards on the night.

The No. 4 Steamers ( 2-1) will have an extra day next week, looking to take on Madison on the road next Saturday in a matinee game.

MIDLAND – The state-ranked Easton Valley football team stayed perfect on the year with a dominant road win over Midland on Friday night.

The River Hawks ( 3-0) will travel to Springville for their next competition.

MAQUOKETA – The Camanche Storm picked up their first win of the year with a 30-15 victory over Maquoketa on the road.

Camanche put touchdown on the board in all four quarters, completing the two point conversion on three of those scores. The defense kept the Cardinals off the board until the third quarter.

The Storm (1-2) stay on the toad next week, traveling to Marion in Week 4 play.

DURANT – Rebels got their first win of the season in dominant fashion in Week 3, downing Durant 42-28.

With just 7:40 left in the game, the two teams were tied 28-28 with Northeast tying it up. The Rebels got a touchdown at 3:19 and stopped the Durant drive. The Rebels got the ball back with a short field and score with less than a minute remaining.

The Rebels ( 1-2) host Anamosa next Friday night in Goose Lake.

MONMOUTH, Ill. – The Mustangs were unable to put together their first win and fell to Monmouth-Roseville on the road 43-28.

The Mustangs were down by just two points at the half, trailing 22-20. Monmouth-Roseville came out of the gates and scored two unanswered touchdowns in the third quarter to extend their lead.

The Mustangs ( 0-3) stay on the road next Friday, traveling to Hall High School.