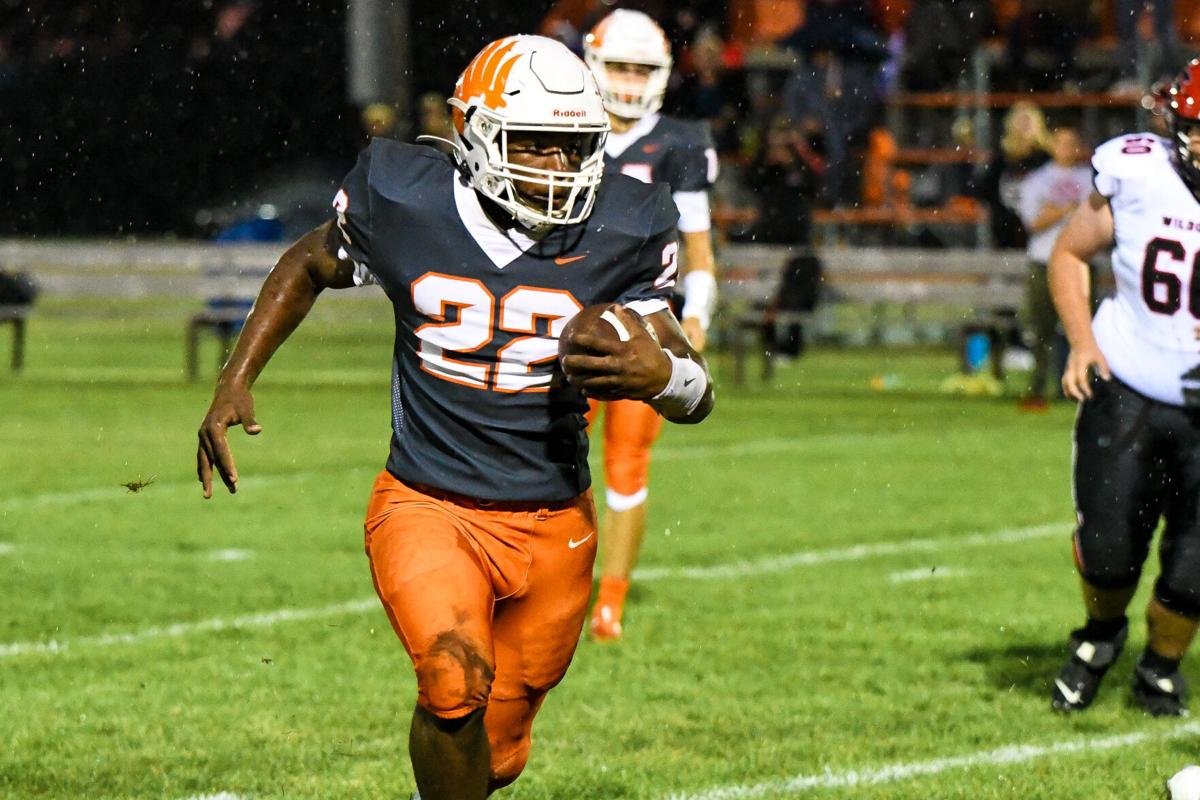 Easton Valley’s Charlie Simpson runs on a carry during the River Hawks’ dominant win over Central City on Friday night. 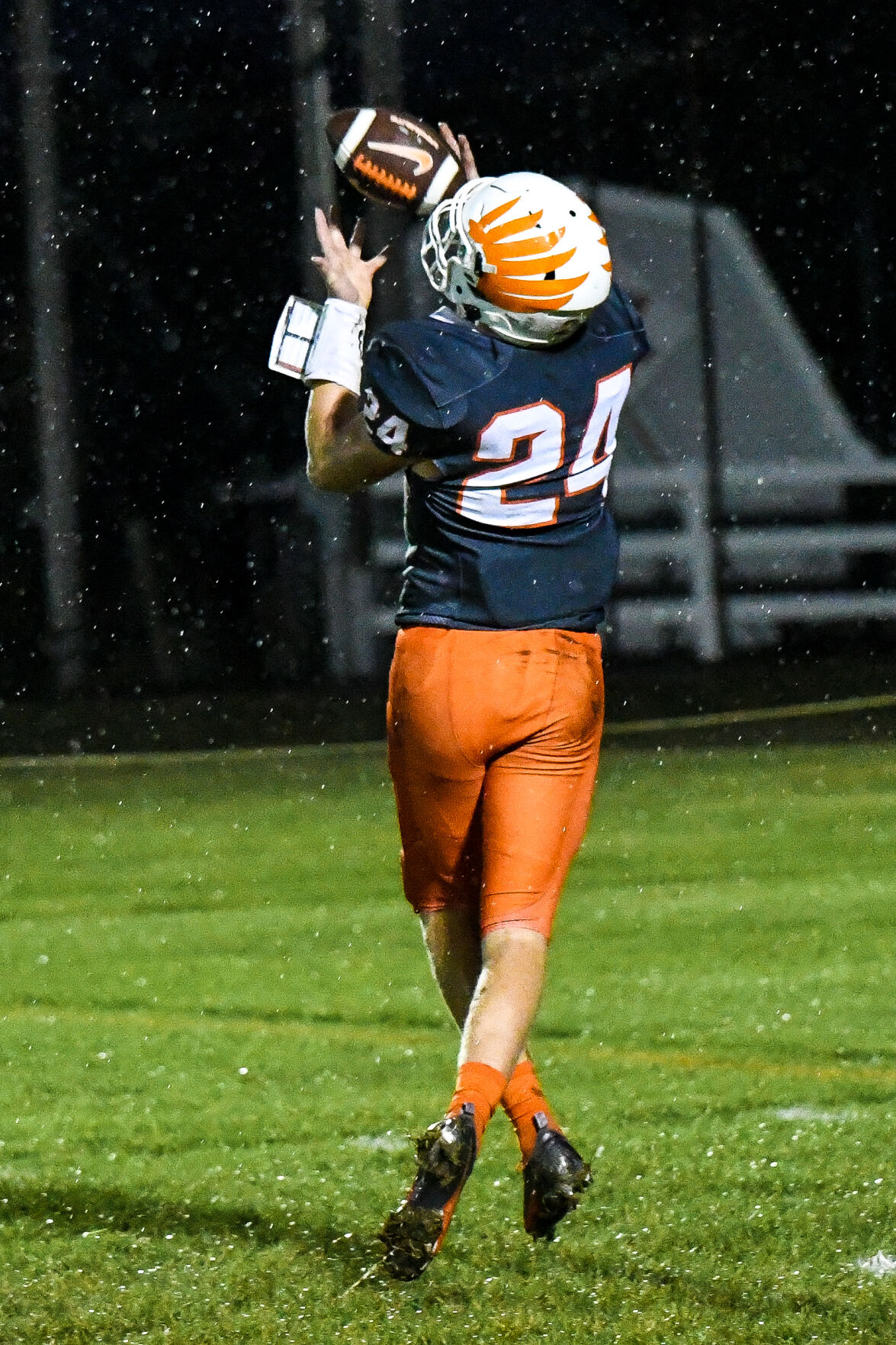 Easton Valley's Hayden Felkey makes a touchdown catch over his shoulder during the River Hawks' victory over Central City on homecoming night. 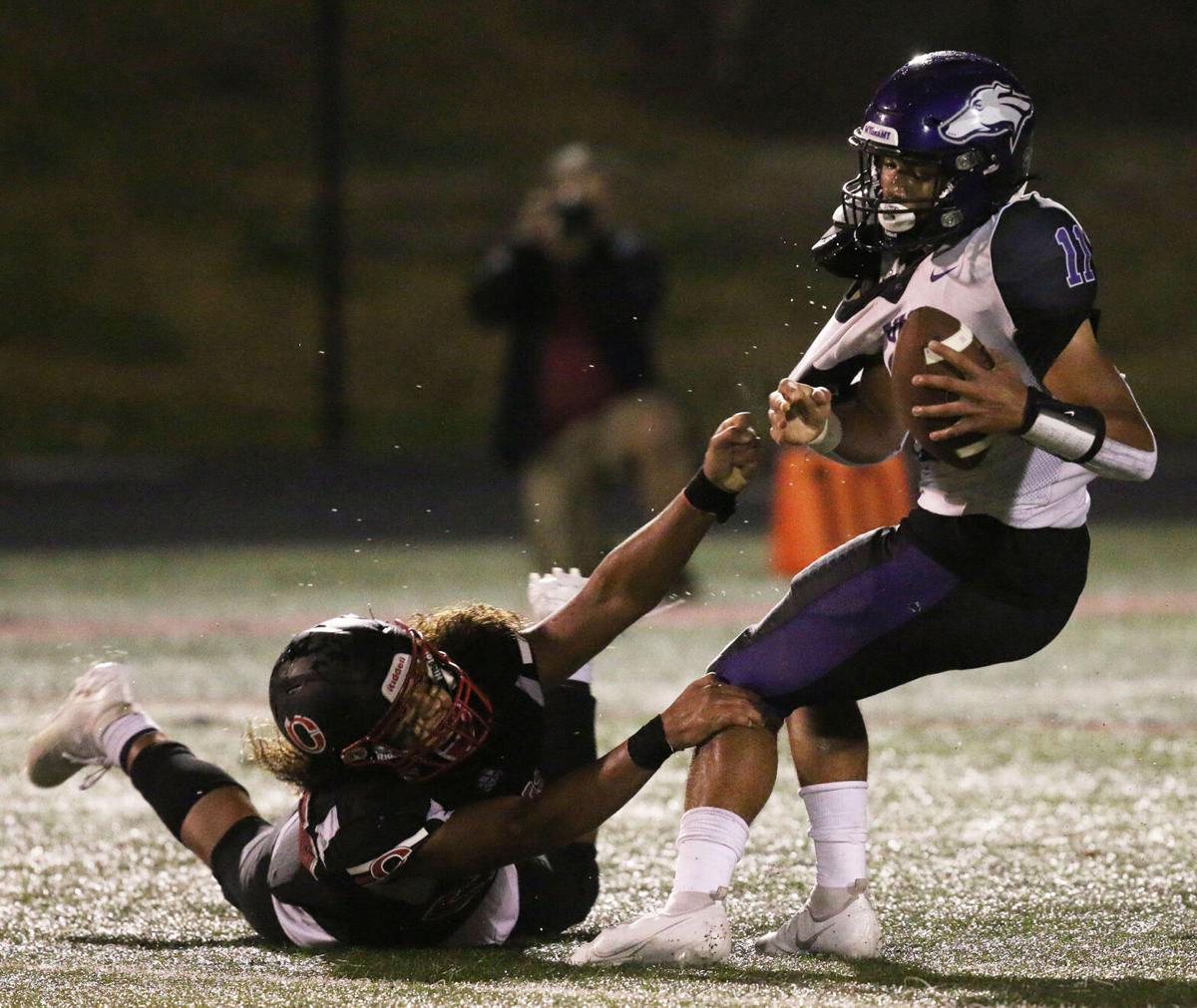 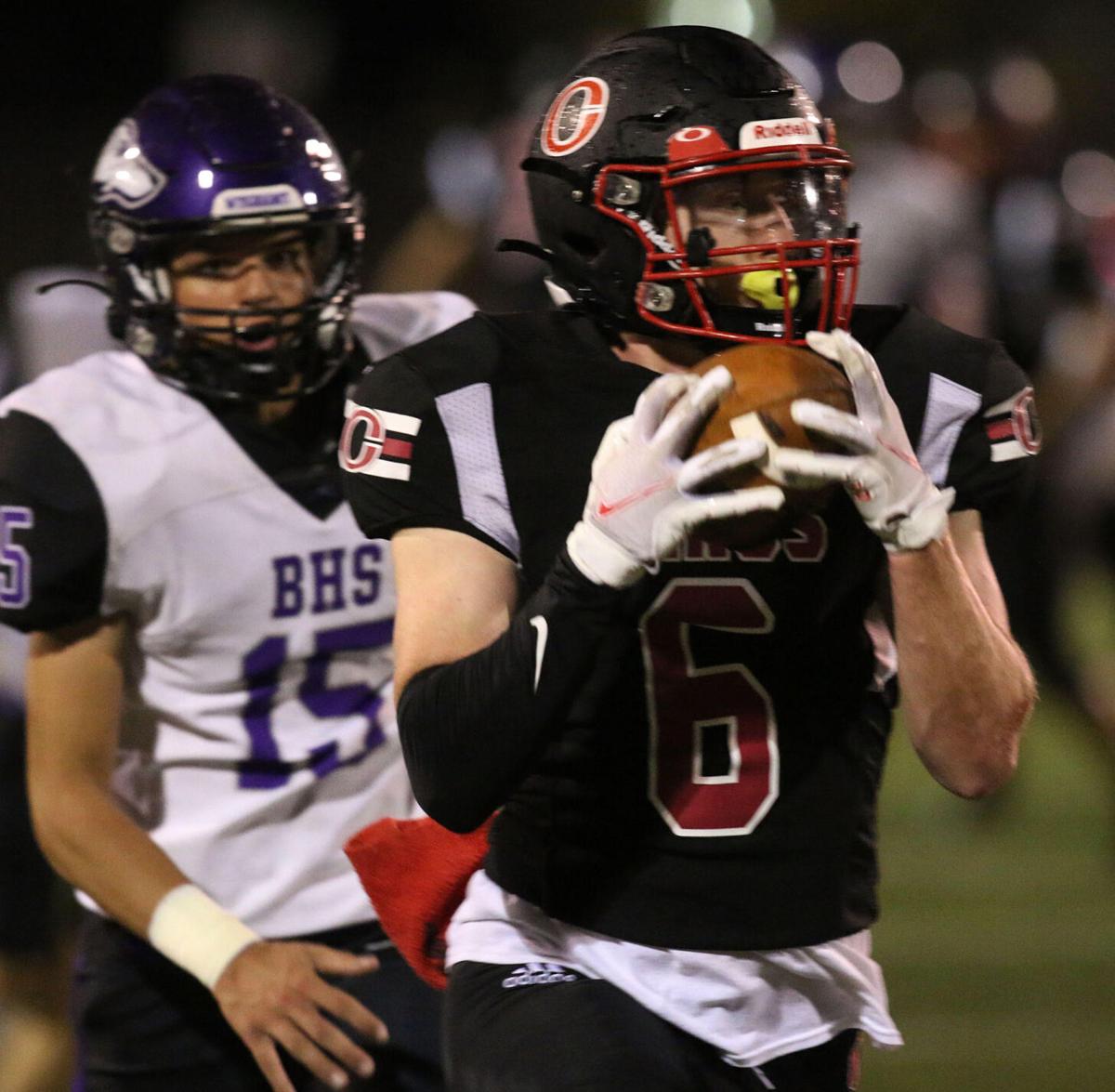 Easton Valley’s Charlie Simpson runs on a carry during the River Hawks’ dominant win over Central City on Friday night.

Easton Valley's Hayden Felkey makes a touchdown catch over his shoulder during the River Hawks' victory over Central City on homecoming night.

PRESTON – The No. 4 ranked River Hawks stayed perfect on the year in the 8-man game and brought home a big homecoming win on Friday night, downing Central City 68-6.

The Wildcats started out on offense, but Easton Valley’s unbreakable defensive line blew through all four downs quickly. The River Hawks got the ball quickly.

Two runs by Charlie Simpson then a quarterback keep by Conor Gruver and the River Hawks had a 7-0 lead within 43 seconds, a lead they would never relinquish.

Four more quick downs on defense, and Easton Valley offense had the ball in their hands once again. Carson Fuegen got the ball near the 40-yard line this time, spinning out of a tackle and taking it in for the second score of the first quarter.

A pass from Gruver the Felkey down field added to the score and it was 22-0 after the first 12 minutes.

The Wildcats got a second chance after a facemask penalty on third down in the second quarter and used it. They found the endzone at 7:15 but couldn’t complete the extra point attempts. The Easton Valley defense shut them out in the second half.

Head coach Tony Johnson had just one thing to say on Twitter after his team won: “Outstanding homecoming win.”

Conor Gruver threw for nearly 200 yards on the night for four touchdowns. Carson Fuegen pulled down eight of those passes for 08 yards and two touchdowns, while Felkey scored one and Aiden Gruver scored another. Charlie Simpson led the rushing attempts with 14 carries for 118 yards and three scores.

The River Hawks (5-0) travel next week, heading to Midland’s football field in Wyoming to take on Calamus-Wheatland, who is in their first season of 8-man football.

CLINTON – The River Kings couldn’t make it two wins in a row dropped their homecoming contest 55-13 to visiting Burlington on Friday night on Coan Field.

A scoreless first half put the River Kings in a hole they just couldn’t dig out of. There were four touchdowns from Burlington’s Bryant Williams in the first quarter alone, leaving the River Kings trailing 28-0 after just 12 minutes.

Opening up the third quarter, Clinton put some points across the board. The offense drove 69 yards down the field and scored on a touchdown pass from senior Jai Jensen to senior Devan Gallant, cutting the lead to 35-7 and avoiding the shutout.

The rest of the game the clock bounced between regular time and continuous clock.

Burlington had an answer, but Clinton was able to cut the score once more. Jensen launched another pass towards the endzone and this one was pulled down by senior Seth Dotterweich for the 16-yard reception. The extra point attempt was blocked, leaving the River Kings at their final 13 points.

Burlington was able to score twice more after Clinton’s final touchdown of the night.

Burlington had 16 first downs. Clinton allowed 88 yards in the air and over 300 yards rushing.

Clinton had 11 first downs on the night, punting three times. They had two turnovers in the first quarter, both turned into Burlington scores.

Jensen went 10-for-17 for the River Kings with 143 passing yards and two touchdowns. Jensen also led with 60 yards rushing.

ANAMOSA – The Camanche football team handed a loss to Anamosa on homecoming night Friday, beating the Raiders 35-25 on the road.

Camanche led by just one point at the end of the third quarter, going into the final 12 minutes of play up 14-13.

Michael Delzell passes for 220 yards and three touchdowns, going 18-for-26.

Camanche (3-2) comes back home in Week 6, welcoming Monticello to their home turf.

TIPTON – The Northeast football team won their third straight contest with a big 38-6 victory over Tipton on the road in Week 5.

The Rebels picked up their second district win and spoiled the homecoming game for the Tigers.

The Rebels scored 31 unanswered points, including a 14-0 lead at the half, to jump out ahead of Tipton.

Northeast (3-2) stays on the road for a second week, traveling to West Liberty next Friday.

SHERRARD, Ill. – The Morrison football team picked up their first win over the year, beating Sherrard 12-6 on the road in Week 5.