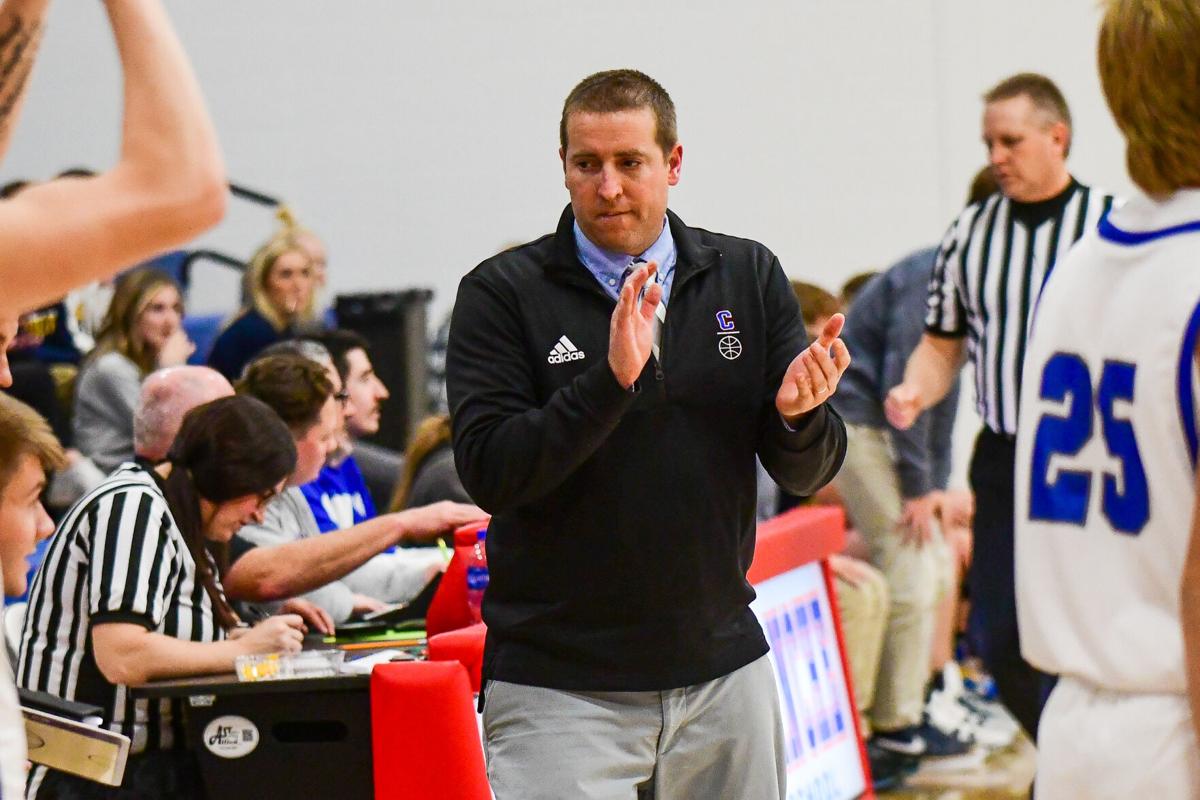 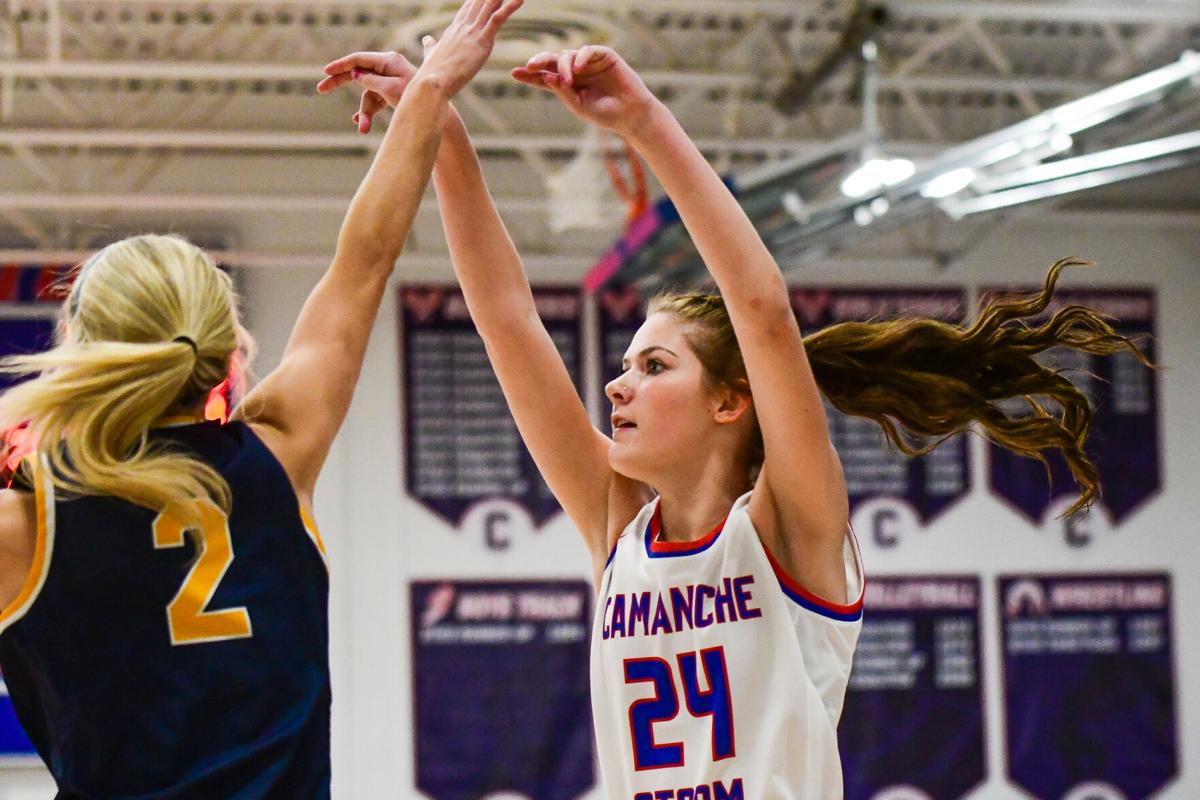 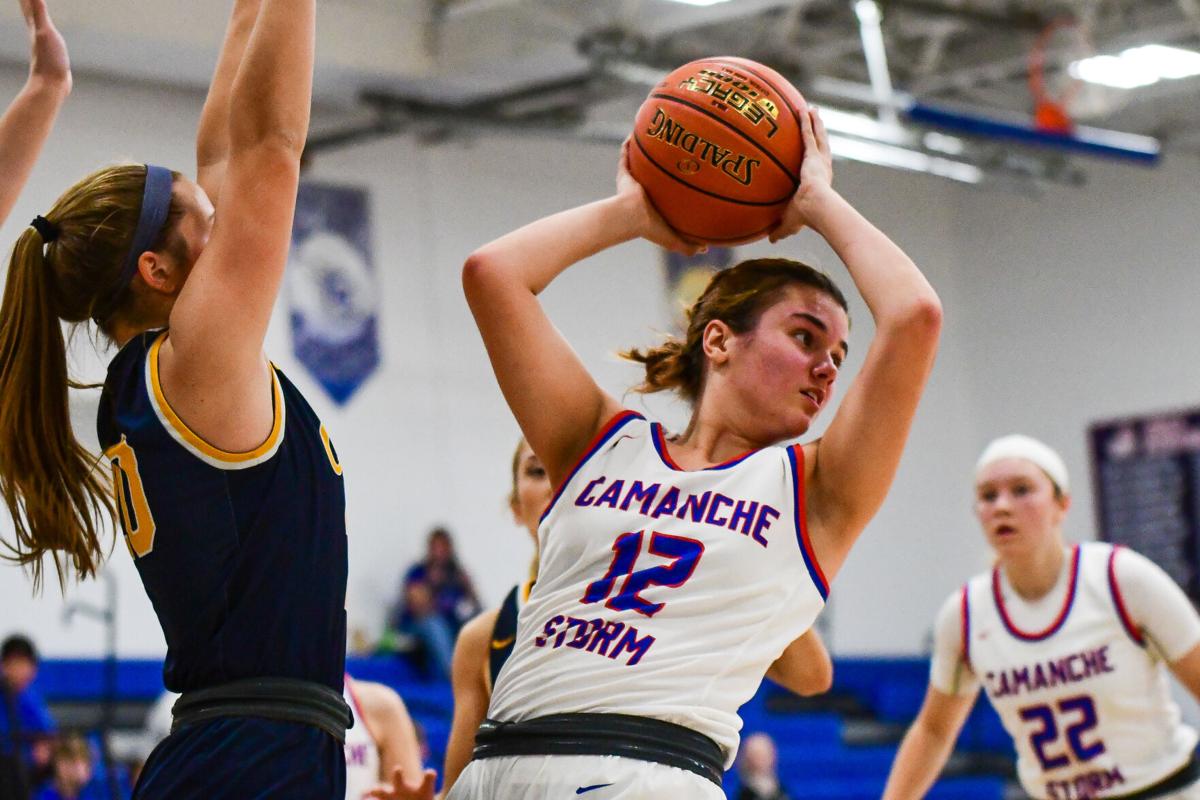 Camanche's Bridgette Hundley looks for a pass from the block during the Storm's loss to Cascade Friday.

Camanche's Bridgette Hundley looks for a pass from the block during the Storm's loss to Cascade Friday.

CAMANCHE – The Camanche boys opened their season with a dominant 55-20 victory over Cascade on Friday night at home.

The Storm did play an exhibition game Monday against Davenport Assumption, but Tuesday was their official competition and River Valley Conference game.

“We had a nice game on Monday with the exhibition,” head coach Josh Davis said. “We had high expectations. The guys responded. They understand that teams are really coming after us now. We don’t have [Zach Erwin] and they think they can come get us.

“We want to send a message that we’re still here and we’re going to be a force to be reckoned with.”

The Storm are still adjusting to life without four-year starter Zach Erwin, who is out for the season after tearing his ACL during football this fall.

“It’s kind of just finding a rhythm and who’s going to have a night,” Davis said. “Adam had a night for us tonight which was great to see. It can always be someone else come next week. It’s staying together and trusting the process.

“It’s just everybody stepping up and playing their game.”

Defensively was where Josh Davis was most impressed with his team. Dunlap recorded three steals as did Tucker Dickherber. Garret Schultz added two more to the mix and the team finished with 13 in the game.

“Defense was great once again,” Davis said. “We were just flying around and doing a lot of great things defensively.”

Dickherber also led in assists with six. Demarion Honekar and Zane Witt had seven rebounds a piece and Dickherber finished with five.

Camanche (1-0) will move on in conference play to take on North Cedar next Tuesday back at home.

“Just one game at a time,” Davis said. “We’re not looking too far ahead. I know it’s cliché but it really is just trying to get better. We played well tonight but we don’t want to peak Dec. 3.”

CAMANCHE – After a hot shooting start, the Camanche offense stalled Friday night and the girls fell to Cascade 48-23 at home.

The Cougars are ranked No. 6 in Class 2A as of this week.

Camanche came out strong, though. They came out and drained four three-pointers in the first quarter – three by Emerson Crigger one by Danika Dodson. They had the game knotted 12-12 after the first eight minutes.

The Cougars responded by keying in on Crigger, who wasn’t able to make another long shot the rest of the game. Camanche didn’t put in another point the rest of the first half and trailed 27-12 at halftime.

“Tough team tonight,” head coach Andrew Carbajal said. “They are ranked in the top of the state for a reason. We held on but our turnovers and our lack of depth hurt us.”

The Storm (0-2) welcome North Cedar to Camanche next Tuesday.

BETTENDORF – The No. 3 ranked Central DeWitt girls fell on Friday night to a ranked Pleasant Valley team on the road 44-34.

The Sabers were outscored in the first two quarters and went into the locker room at the half trailing 22-16. They came out and took a one-point lead heading into the final quarter but the Spartans answered by outscoring the Sabers 16-5 in the last eight minutes.

PRESTON – The Easton Valley River Hawks celebrated a victory in their first home contest on Friday night, taking down Starmont 41-25 for their first win of the season.

The River Hawks (1-2) play Bellevue on Saturday afternoon in a non-conference matchup.

DAVENPORT – After getting a conference win on Tuesday night, the Clinton River Queens fell to Davenport Assumption on the road Friday 65-35

The Knights are currently ranked No. 13 in Class 3A.

Clinton was held to single digit scoring in both the first and the third quarters. By halftime the Queens trailed 40-15.

Clinton (1-2) will travel once more next Tuesday, taking on Muscatine. They play their first home game next Friday against Davenport Central at Yourd Gymnasium.