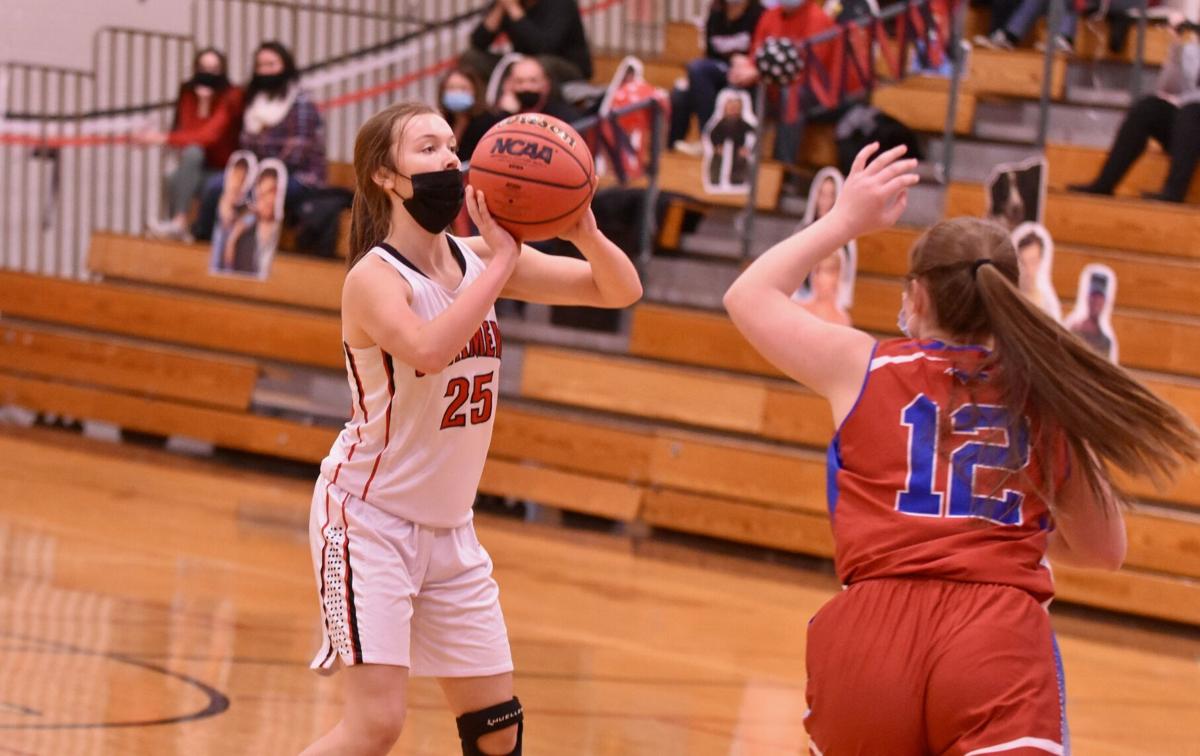 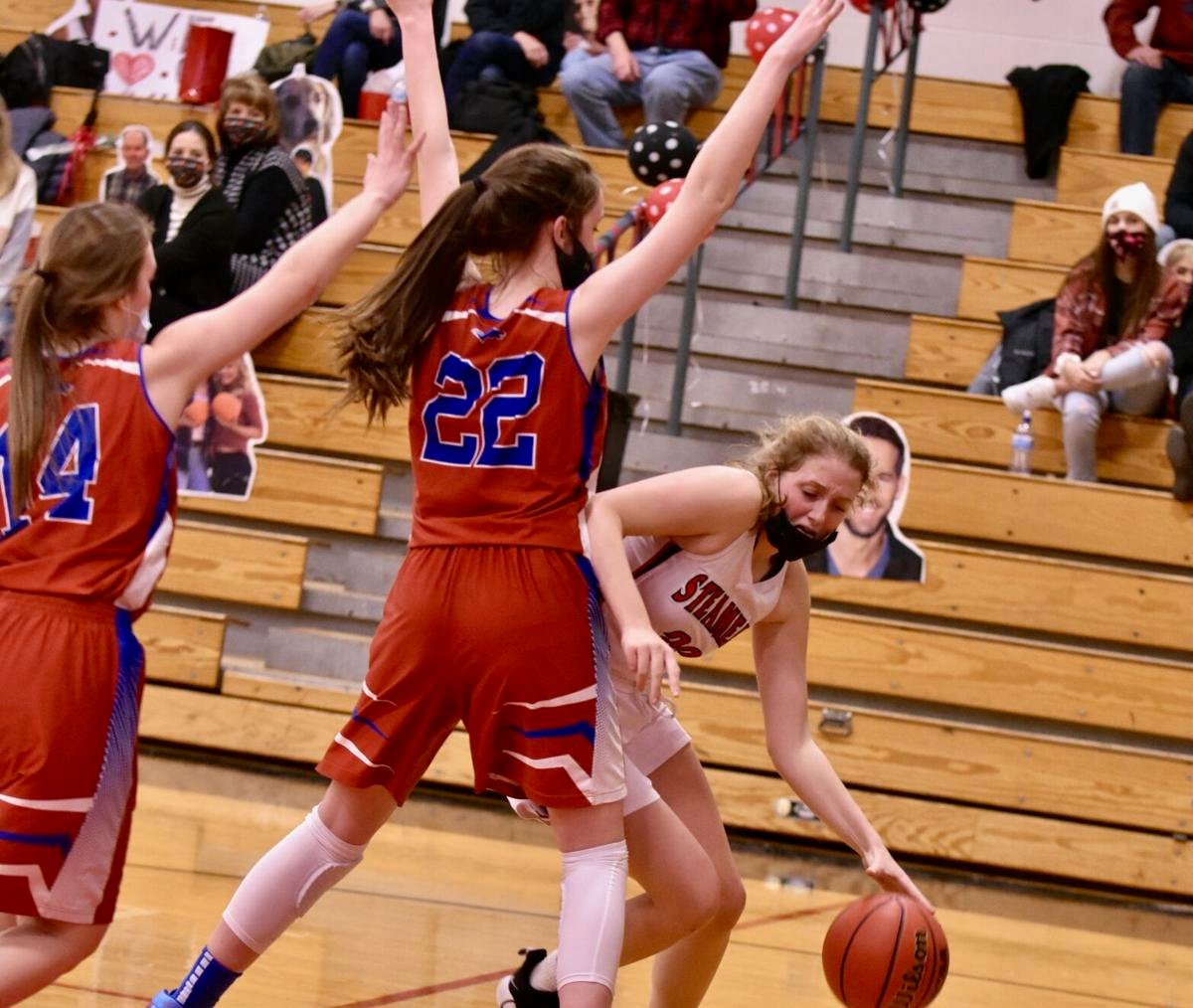 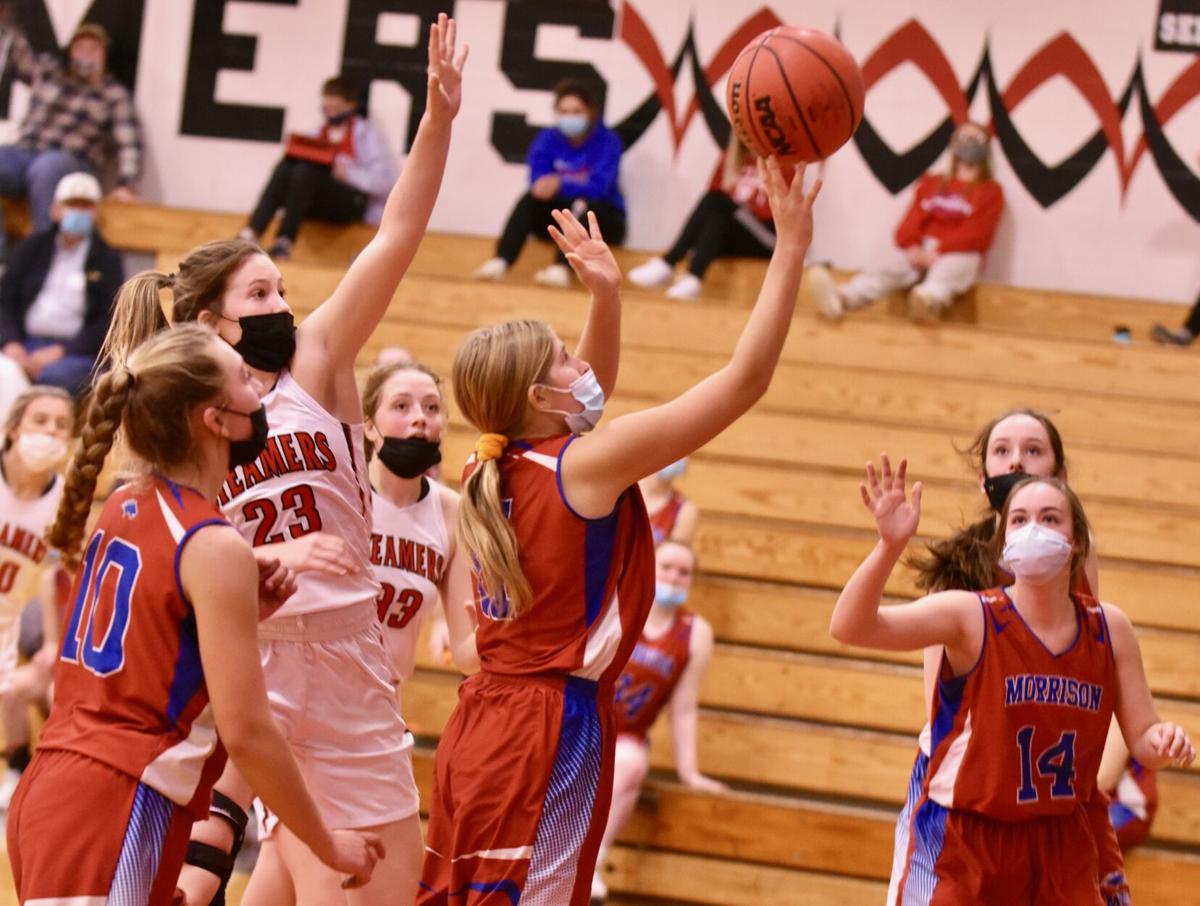 FULTON — The Fulton girls basketball team gots its second win over Morrison of the week, 34-26 on Thursday at home.

Fulton clung to a 14-12 halftime lead and then a 22-18 third quarter lead, but the Steamers found themselves in the fourth and pulled away.

“Not great to start, a little sluggish,” Fulton coach Mike Menchaca said. “We played them earlier at their place and it was quite a bit of a different story. I think the girls just took it a little bit lightly there early and Morrison plated real hard, packed the paint in and when you’re not shooting well, that can help you out.”

Morrison coach Kerry Grimm said the game was an improvement over Monday.

“We haven’t been able to be in the weight room or do anything for literally months during that time. It’s going to be a process to get in shape and about the time we get in shape, our season’s over because it’s such a quick season this year, but we’re really happy just to be on the floor.”

With under four minutes remaining in the game, the score was tied 24-24 before Fulton’s Brooklyn Brennan nailed a corner 3-pointer.

Fulton’s Ally Reed got a steal on the ensuing Morrison possession and Brennan hit a layup to make it 29-24. With under two minutes to go, Fulton’s Kylie Collachia hit a sky hook to make it 31-24 as the Steamers run continued. Fulton hit free throws to help seal the win in the closing minutes.

“Conditioning-wise, I think a lot of teams are in the same boat,” Menchaca said. “It’s going to take a few practices, a few games to get to where you really want to be, but ultimately, we’re all in the same position, so we can’t have that as an excuse, but I think they’re doing the best they can mentally and physically. Right now, I’d like to see a little bit more legs under us early this year, but so far, we’re just managing it.”

The Steamers held a senior night celebration for the team’s five seniors. They’re happy just to be back on the court.

“It feels really good,” Fulton’s Anna Jacobs said. “It feels nice to be back on the court, especially home, and to see all the parents here is really nice. We’re all really pumped up that we actually got to have a season, so I think we’re ready just to get back into it no matter the circumstances — just being with each other through everything, staying healthy is the big one, but we’re all pretty close, so that’s really nice, even the underclassmen, too.”

For Morrison, they feel like they’re getting in the swing of things.

“I think we’re definitely feeling better after the game on Monday,” Morrison’s Shelby Veltrop said. “We felt a little rough, a little bit tired and we were getting ran out of the gym a little bit, so I think we’re a lot prouder of ourselves for how we ran.”

Grimm is expecting Veltrop to lead the Fillies this year.

“I’m looking at her to step up as a leader,” Grimm said. “She usually leads the team in all of our stats and she’s a really hard worker and a great leader on and off the court.”

Veltrop said the team’s chemistry will be key in navigating a strange season.

“I think we have a good friendship,” Veltrop said. “Everyone gets along really well outside of basketball as well, so I think that really gels together during the game, too.”

“She’s really stepped up for us, doing a really good job,” Grimm said. “Listens well, runs the floor. She’s in pretty good shape — she ran cross country and she ran on her own.”