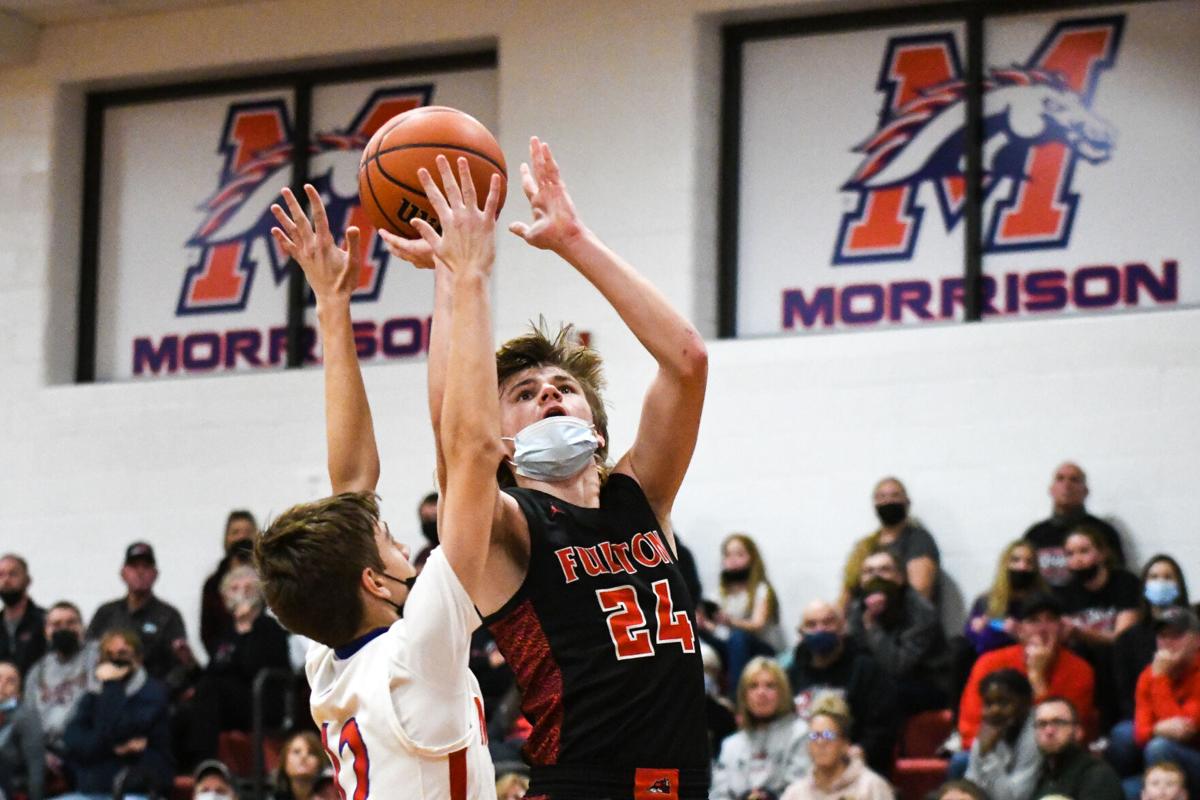 Fulton’s Ian Wiebenga puts up a shot during Fulton’s 51-50 loss to Morrison on Thursday, Dec. 16. 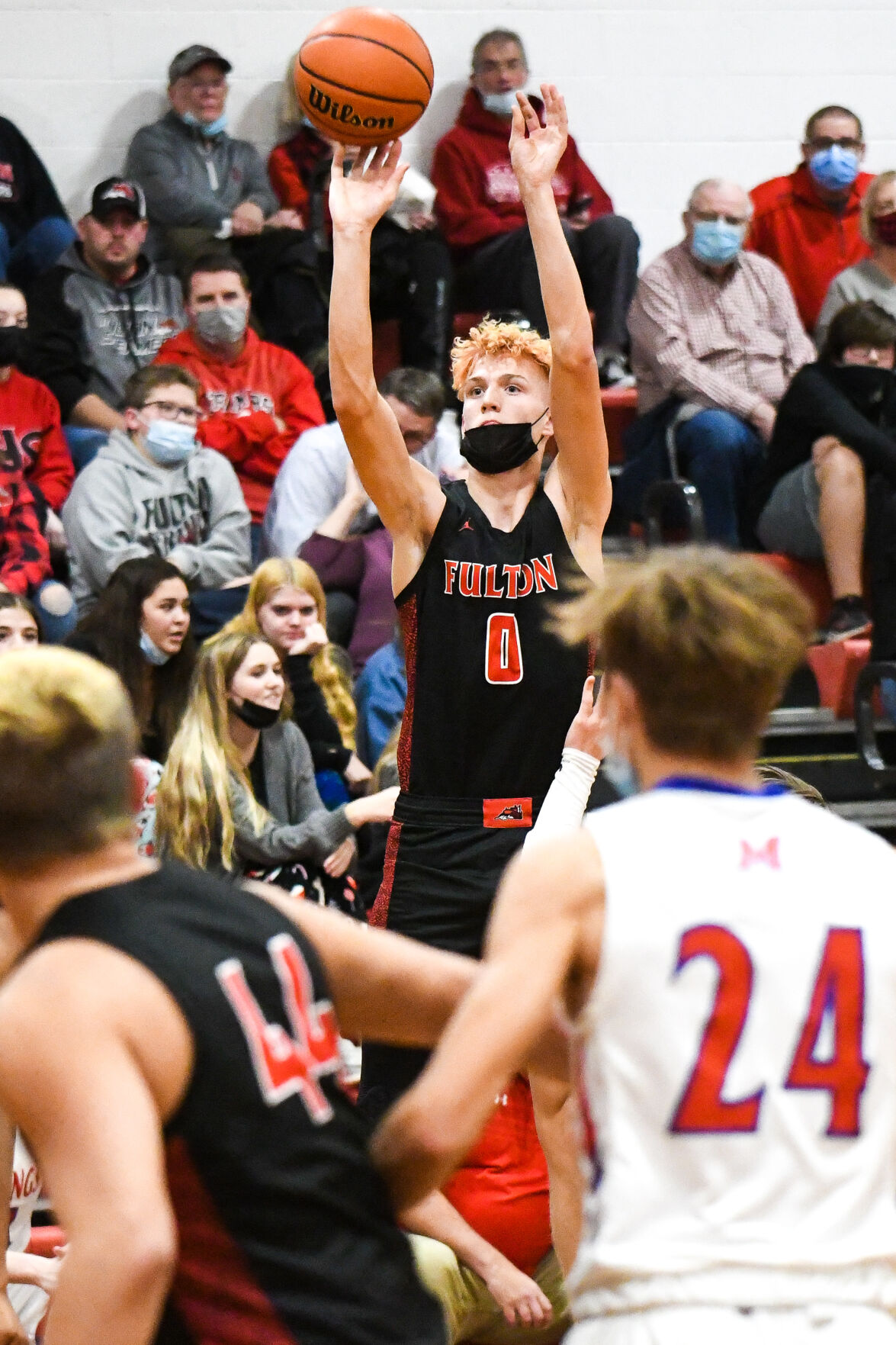 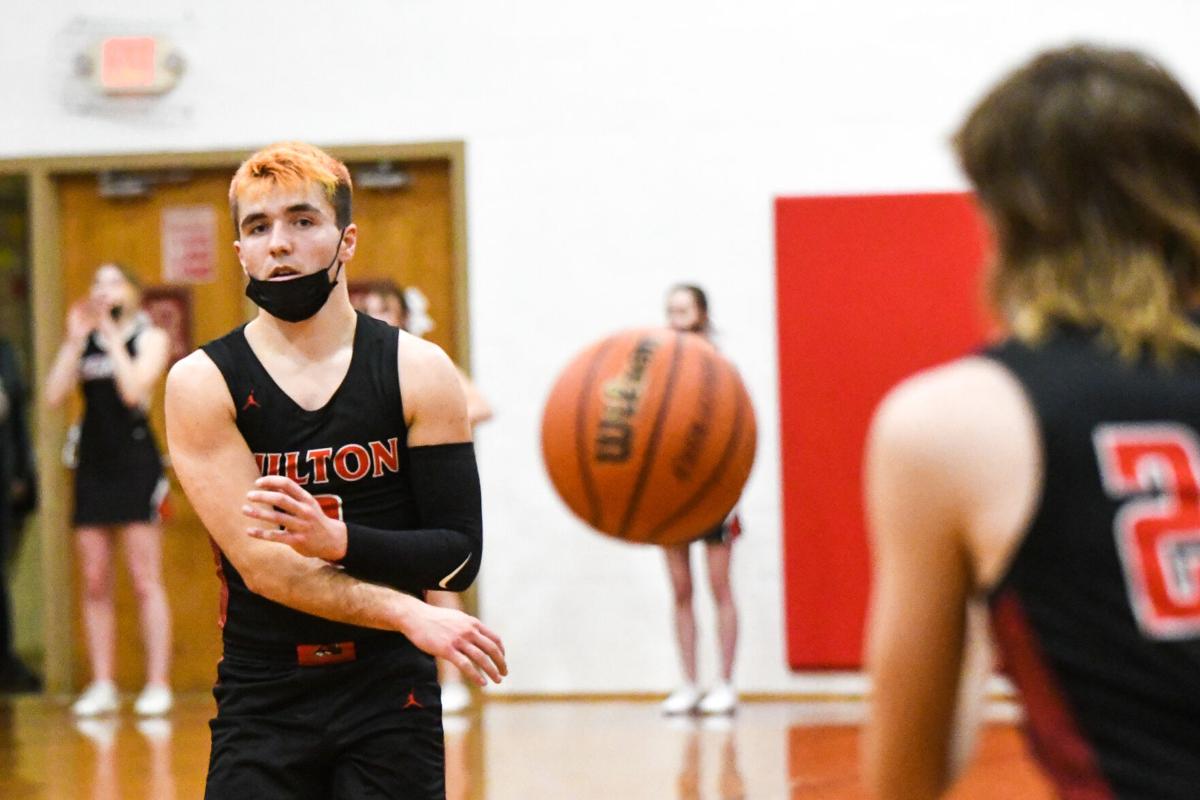 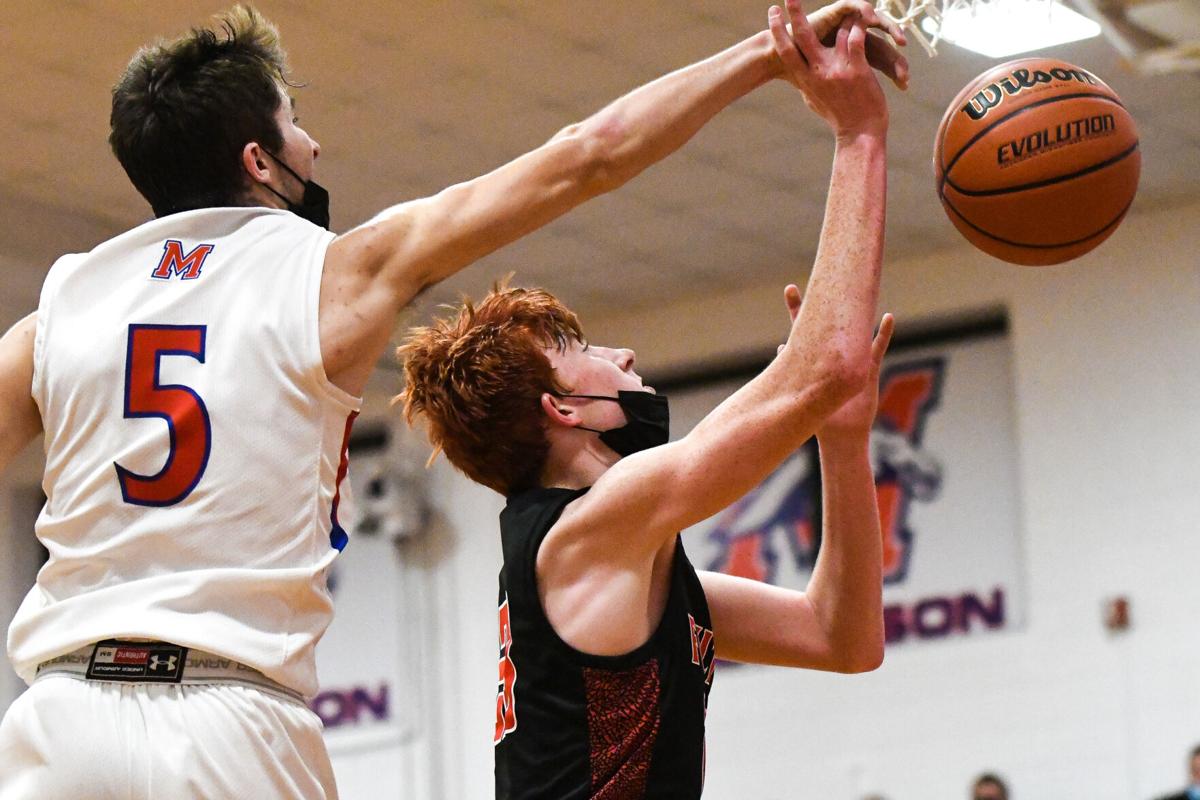 Fulton’s Ian Wiebenga puts up a shot during Fulton’s 51-50 loss to Morrison on Thursday, Dec. 16.

MORRISON, Ill. – A final three-point shot took the air out of the Morrison High School gym for just a second before the Mustang faithful erupted and Fulton fans looked on in shock.

The Mustangs hit a three with 0.4 seconds remaining in the game on Thursday night to hand the Fulton boys basketball team their first loss of the season 51-50.

The Steamers attempted to throw the ball in for one last shot attempt but it was blocked by Morrison hands and the game ended.

“We’ve got a certain number in mind and we know if we hold teams under that number we’re going to have a good opportunity to be successful and win ball games,” Fulton head coach RJ Coffey said. Fulton has held every team so far to 43 points or less until Thursday in Morrison. “Tonight, we gave up too many, and our guys know that.

“We need to learn from this and understand that hey, anybody can get you. If you want to be one of the best teams in the area you have to take care of business every night.”

The game came down to the final shot after a eight-point lead that the Steamers held early in the fourth quickly dissipated. Coming into the final period, Baylen Damhoff hit a step back jumper and was fouled, finishing the play for three points.

Just less than three minutes later, though, a three pointer from Morrison cut the lead to just two points, and then two minutes after that Morrison hit a three to take a 47-46 lead.

With under two minutes to play, Fulton’s Patrick Lower put up a shot attempt that bounced out, by Damhoff was there with the board. He was fouled and made two free throws to take back a 49-48 lead with just over a minute left.

The Steamers got the stop and the ball back, and Lower was fouled to stop the clock. He missed the front end of the free throws and the Mustangs took the ball back.

Once more, the Steamers made the stop. This time, Ethan Price was fouled. He made the second of his two free throws to take the 50-48 lead.

Those points didn’t end up being enough.

“If you want to win close games, you have to knock free throws down,” Coffey said. “That’s just basketball. That’s not tonight, that’s every night. We didn’t make her happen.”

The Steamers and the Mustangs were tied after one, and Morrison came out in the second with a streak that sent them ahead 21-13.

Baylen Damhoff started the comeback effort with an offensive putback. Damhoff led the Steamers with 21 points on the night.

Fulton finished the second quarter on a 17-4 scoring run that gave them the 30-25 lead.

The first half was riddled with turnovers by Fulton. They couldn’t find ways to penetrate the Morrison zone and had trouble getting their offense rolling.

“We rushed,” Coffey said. “That’s been an issue with us all year. We want to play fast, but we also have to play smart and take care of the basketball. Tonight, we did not do a great job of that.

“We weren’t patient enough to get it inside. We settled a lot tonight and didn’t look inside enough, didn’t hit the guys in the high post or short corner. We didn’t get enough high quality shots.”

At half, they knew they had to come out swinging and did with an aggressive trap defense in the backcourt. It caused a few fits and turnovers that helped Fulton stretch their lead.

“We talked about keeping them out of the paint because that’s where they can hurt us,” Coffey said. “Tonight we let them in the paint too much, gave them too many easy shots.”

The Steamers have leaned on their defense all year. Thursday night was the most points they have allowed against them through the first nine games.

Fulton falls to 8-1 on the season and will play again on Saturday, heading to holiday tournament action at the Great Western Shootout at Abingdon-Avon.