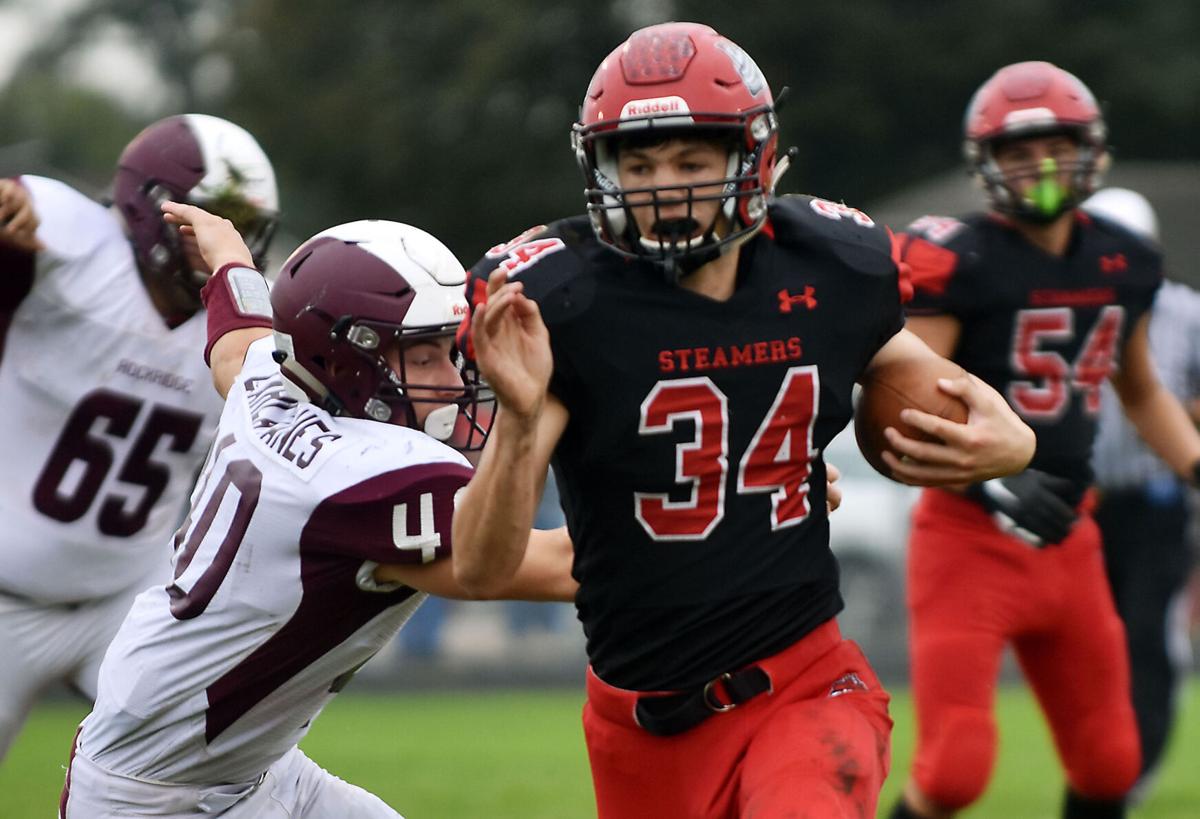 In this file photo, Fulton’s Kyler Pessman breaks from defense for a run during a 2019 home football game. 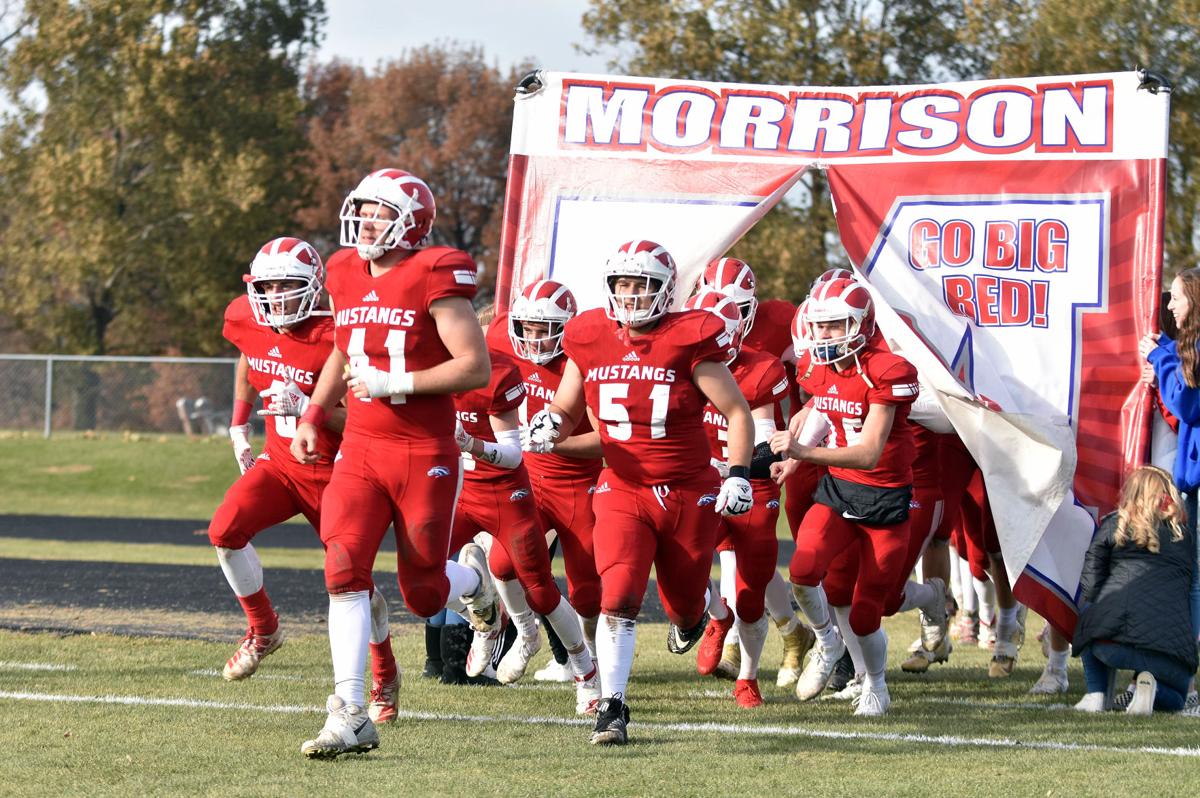 In this file photo, Fulton’s Kyler Pessman breaks from defense for a run during a 2019 home football game.

For Fulton football coach Patrick Lower, it was bittersweet watching the Camanche football team — led by his former assistant coach, Dustin Coit — make it to the UNI Dome.

While Camanche and the other Iowa football teams played, Fulton and Illinois schools could only watch.

“It is a little bit bittersweet,” Lower said. “You go over there and watch them play, you see the excitement in the community, in the stands and on the field. To think that just a few miles away on the other side of the river, we’re not even playing — we’re very happy for them, but we also feel kind of left out at the same time.”

Fulton and Morrison are preparing for a spring football season that’s scheduled to start Feb. 15. The Illinois football season was pushed back due to the COVID-19 pandemic, and while other states who did the same ended up playing fall seasons, Illinois teams have been sidelined.

“There’s a lot of uncertainty,” Lower said. “There’s days where you feel good about it and then there’s days where it’s like, we may never play anything this year. It’s really an emotional roller coaster.”

The teams were given 20 contact days to have limited practices this fall and were allowed to work in the weight room and do conditioning.

At Morrison, some players opted to try sports like golf and cross country, which were allowed to have seasons.

“Some of them stayed active in other sports,” Morrison coach Ryan Oetting said. “Most of them have taken it kind of hard. At the same time, they understand the situation we’re in with the pandemic. We’re just waiting to get out there when the state says we can go at it and get to it, but they’ve been pretty positive about the whole adjustment.”

Oetting said the Mustangs used their contact days, did walkthroughs, installed the offense, as well as strength and conditioning work while following the guidelines set by the state.

Fulton began weight room and conditioning work on June 6 in groups of 10 or less at a time, with different sessions throughout the day. The team tried groups of more than 10 in August, but went back to 10 or less after a coronavirus scare at the school. The Steamers used most of their contact days.

“We were able to get some things accomplished, but not all that you would like to in typical contact-day fashion that we’d have in the summer,” Lower said. “Other than those two things, we really haven’t done much.”

Lower said the team is doing what it can, but it never seems like enough.

“It probably never feels quite like enough,” Lower said. “I know there were nights we left the field happy we got some football in, but still felt there was some more meat on the bone there that we could have got into it a little bit more schematically.

“It was like an appetizer. We got a little bit done, but probably not all that we want to do.”

With the Feb. 15 season start date, games would start in early March. Both coaches are worried about the logistics of that.

“Feb. 15, it’s going to be awful cold to practice,” Oetting said. “We’re going to be sharing space with other sports indoors. If it’s 30-below, we’re probably not going to run kids outside into that just for safety reasons, which is the right thing to do.

“There’s certainly going to be some challenges but if we get to do it, we’re in the same boat as everyone else in the state of Illinois. If they say Feb. 15 is the start date, we’ll get after it just like every other school.”

Lower said a lot of teams, especially in the western part of the state, have grass fields. He said the winter weather and the process of keeping the fields game ready will be a challenge, while also causing a lot of wear and tear. Fulton has been in discussion with Clinton about using the River Kings’ turf field, though nothing has been decided yet.

“You’re going to probably have to get pretty darn creative on when and where you practice,” Lower said. “It’s going to take a lot of effort from that standpoint to make it doable.”

Both coaches are worried about overlapping with other sports, especially if the season ends up being delayed due to the pandemic.

“It’s going to be something to really hash out, but if we all work together I think it will be a positive season for the kids,” Oetting said.

Lower said the student-athletes have been through a lot, and the uncertainty of the future only makes things harder.

“There’s just frustration,” Lower said. “There’s frustration from all of our student-athletes, but probably most importantly from our seniors. A lot of our guys and girls work very hard in the offseason to make sure they’re going to be as successful as they possibly can be, both individually and as a team.

“To see all that work maybe go for nothing is very frustrating for 15, 16, 17 and 18-year old boys and girls. It’s starts working on these kids’ minds a little bit to where there’s days where they’re feeling good about it and there’s days where you can see they’re kind of moping around school, there’s no volleyball game to look forward to, there’s no football game, there’s no homecoming parade — we’re just hoping to get some answers and hopefully we do soon — get back to some sort of normalcy.”

Lower and Oetting agree — with hindsight — that maybe a fall season could have happened under the right circumstances.

“I think early in the school year, we had an opportunity,” Lower said. “I thought early in September, when some of these states were starting to reverse their decisions and allowing football to start, I thought we had a chance. I thought the positivity rate was low enough — I know the way our football and our basketball programs have handled the contact days with sanitizing the student-athletes, with sanitizing the equipment, wearing masks throughout practices, in some ways I think the student-athletes are more safe being part of a program than they are just out and about with their friends, because when they leave the school we have no jurisdiction over them.

“Do I think we could have? Maybe. I thought we let an opportunity pass in early September.”

While Iowa concludes its football season this week, Illinois will wait for February.

“In hindsight, I think maybe it could have been done,” Oetting said. “I talked a little bit with some other coaches and maybe we would have got it all in, and maybe not had any issues, but we followed the guidance of the state and whether we like that or not at this point, that’s where we are.

“I’m not really going to look back on it and I’m going to look forward to that Feb.15 date. Hopefully we get to have a season in the spring, and hopefully we can go out and compete and let the boys have a senior year.”