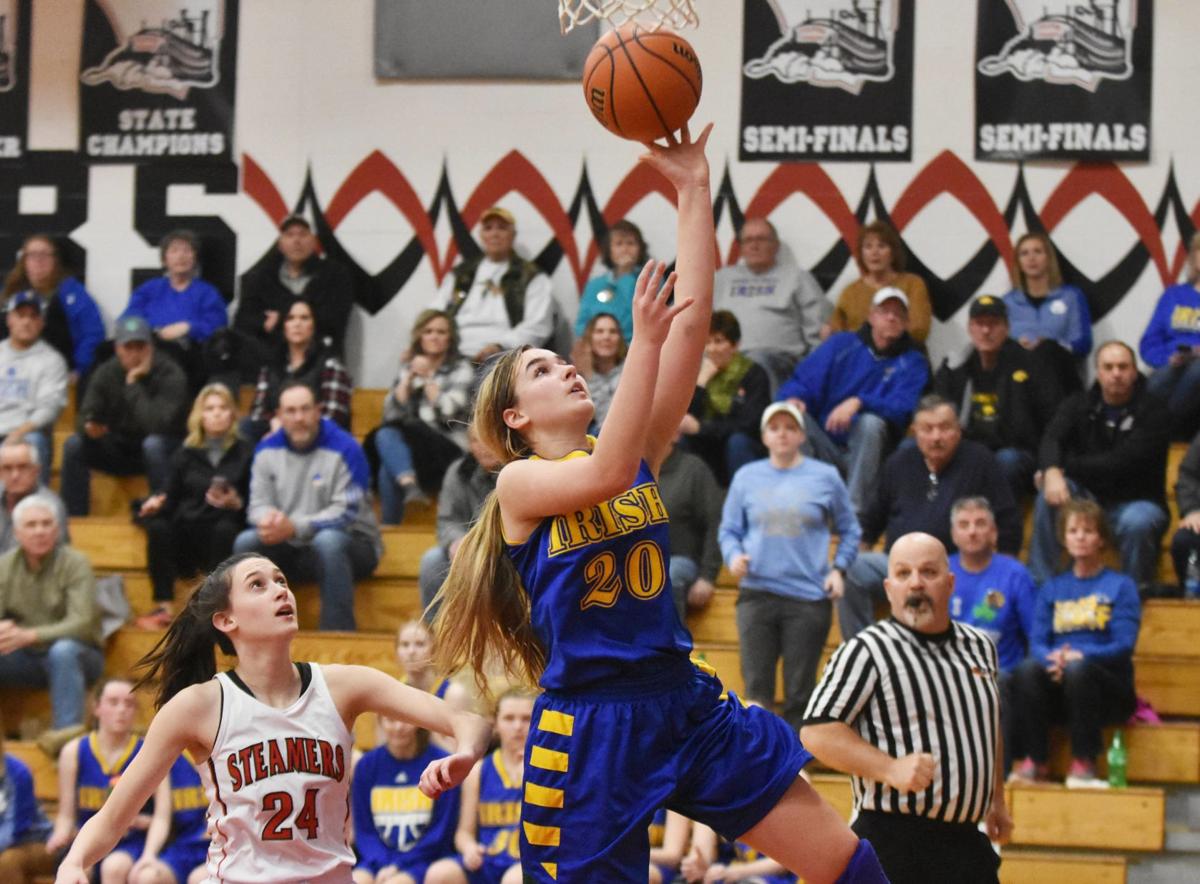 Prince of Peace junior Anabel Blount shoots a layup during the Irish’s non-conference loss to Fulton on Friday night. 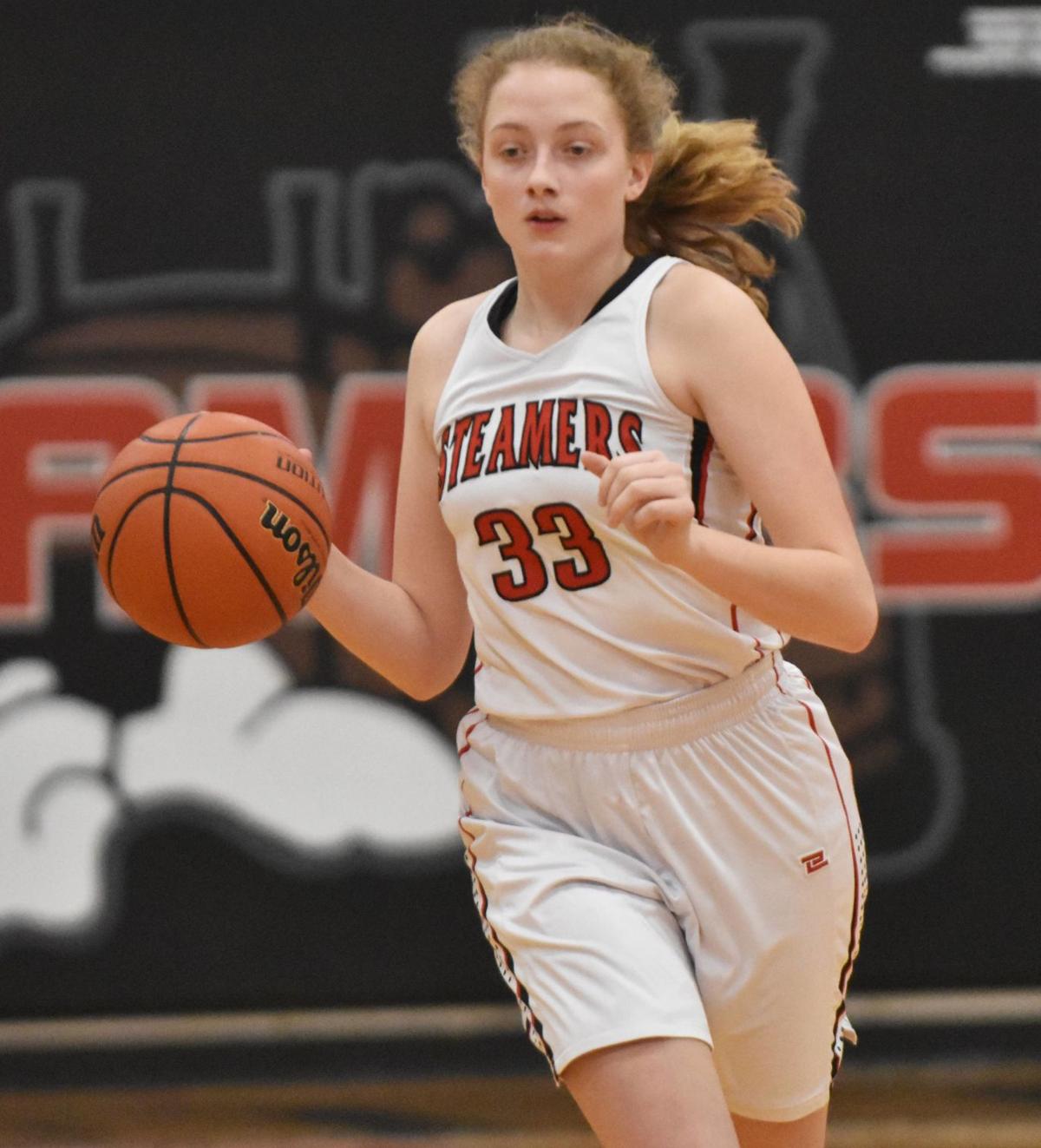 Fulton’s Kylie Collachia dribbles down the floor during Fulton’s win over Prince of Peace Friday. 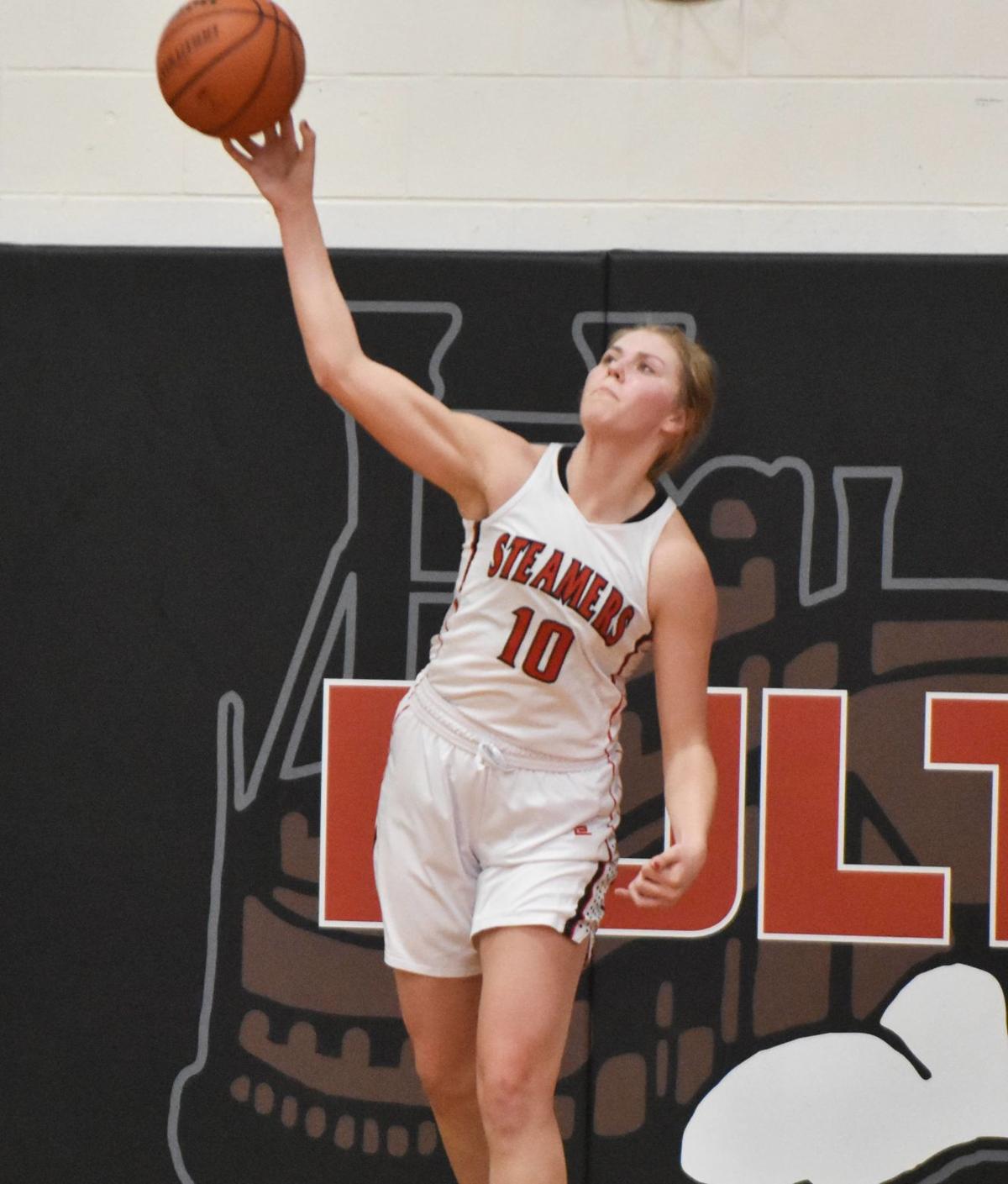 Fulton’s Emily Schipper launches a ball from out of bounds down the floor, where Liz Fish would score on a layup. 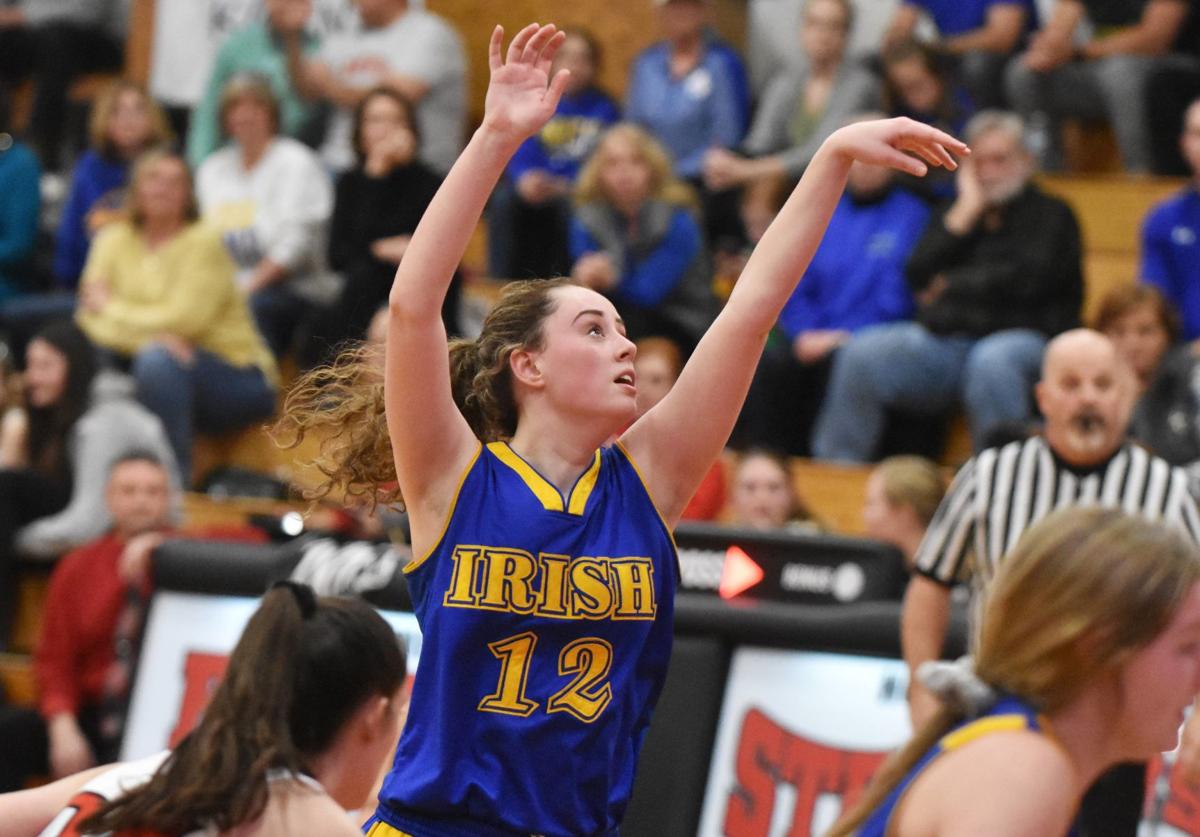 Prince of Peace junior Anabel Blount shoots a layup during the Irish’s non-conference loss to Fulton on Friday night.

Fulton’s Kylie Collachia dribbles down the floor during Fulton’s win over Prince of Peace Friday.

Fulton’s Emily Schipper launches a ball from out of bounds down the floor, where Liz Fish would score on a layup.

FULTON, Ill. – After a rough holiday break, a solid win was exactly what the Fulton Steamers needed.

A clean press break and solid offense from their players in the paint helped lift them to a 48-36 victory over across-the-river foe Prince of Peace on Friday night.

“Erie Warkins Tournament is a tough one,” head coach Mike Menchaca said. “So to come after that and finally play a complete game with a lot of contributions was a big deal.”

“We turned the ball over a little bit but Prince of Peace is physical and that good that they can do that to people,” Menchaca said.

With just under three minutes to play, Prince of Peace’s Lilly Isenhour put in a jumper over defense to cut the Fulton lead to single digits. The Irish then forced a turnover in the back court, with Anabel Blount sweeping around the lane for a bucket. That cut the gam to a 42-36 Fulton lead.

Another defensive stop and the Irish had possession. Blount pulled down and offensive board but couldn’t put it back in. The Steamers turned around and forced the ball over the top of the Irish, where Kylie Collachia finished from the block despite pressure.

The next way down, Emily Schipper put in another bucket to extend the lead back to ten.

Fulton had struggled to break back court pressure during the Erie Warkins Holiday Tournament, clearly evident in their final loss to Monmouth-Roseville on Monday afternoon. On Friday night against the Irish, they were calm and collected in the back court, pushing the ball with ease.

Part of it was having Emily Schipper with the ball at the baseline, making the decisions and then staying back for ball handling help.

“She’s able to bring the ball up with pretty good ease and see over top of kids,” Menchaca said. “I think that negated some of the pressure. She can see the floor.”

Schipper and Collachia were huge aspects of the Fulton offense, shooting over Prince of Peace regularly throughout the night, Schipper even hitting a couple outside shots to boot.

“When those two play in-tandem together, we’re really tough to beat,” Menchaca said. “Those two really put us together.”

The Irish were playing in their first contest since Dec. 20, and came out of the gates flat footed.

They quickly fell behind in the first quarter, with Fulton’s Kylie Collachia putting an offensive rebound back in and then Kylee Sweenie draining a three on the next possession.

Offense stagnated for a while on both sides, the pair heading into the second quarter with a 9-6 Fulton lead. Fulton quickly extended that in the second.

Even with the bonus shots with two minutes left, the Irish stayed cold. They missed the front end of two one-and-ones at the free throw line, going 1-for-4 in the final two minutes of the half to trail by double digits going into the break.

It didn’t help that the Fulton defense was keying on their post players. Both Anabel Blount, the Irish’s leading scorer, and Lilly Isenhour struggled to get the ball in the paint with the Steamers getting touches and forcing the ball to the outside guards.

“Our key was to keep Blount to 10 points or under and we were right on the nose,” Menchaca said. “I think we frustrated her a little bit. I told the girls on the bench that they’re not going to quit, and we have to pay attention to where our defense is at.”

The Irish (4-4) head back to Tri-Rivers Conference play on Tuesday night, traveling to Preston to take on local rival Easton Valley.