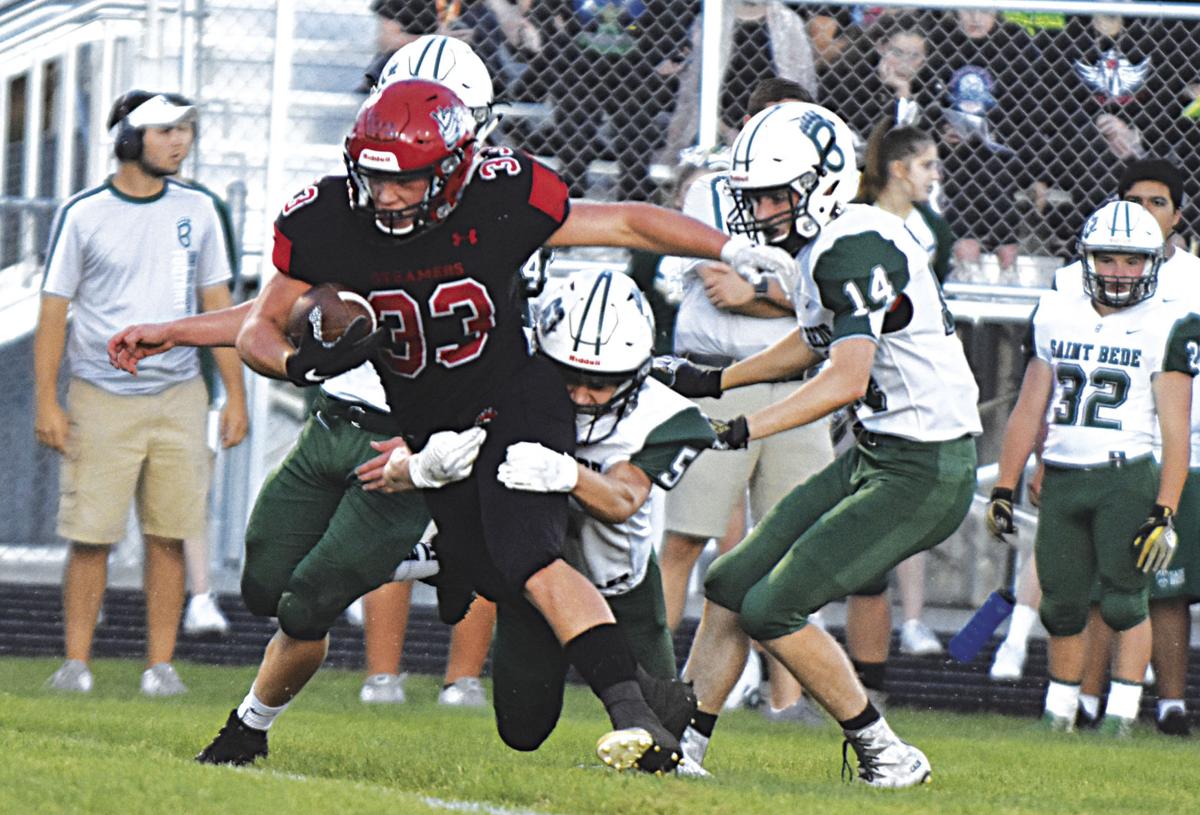 Fulton’s Ethan Rash reaches as he’s brought down on a run during Fulton’s win over St. Bede 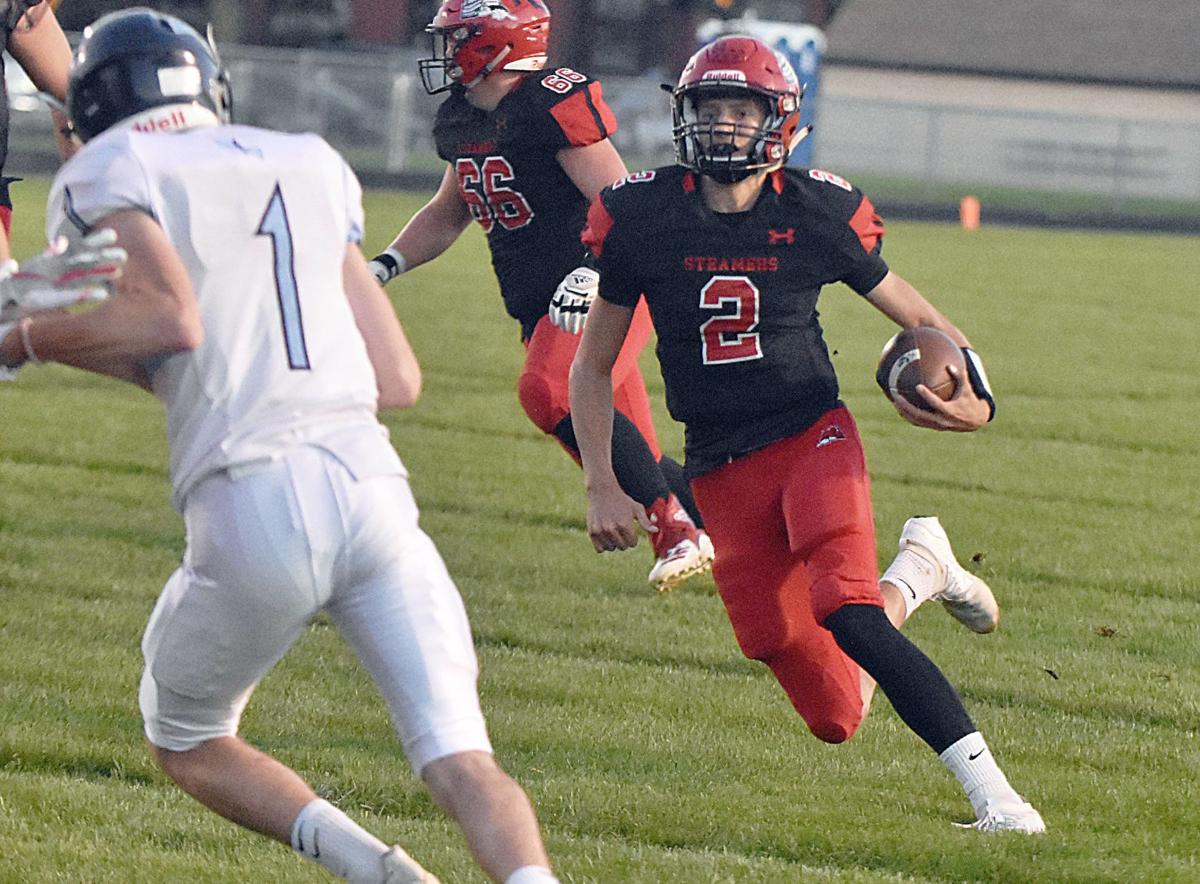 Fulton’s Ethan Rash reaches as he’s brought down on a run during Fulton’s win over St. Bede

The Fulton run game has always been strong. This year is no exception.

The Steamers look to their running backs and some speedy QBs in the backfield to run their offense. Yes, they can throw and they can catch. But their athleticism shows when they get a ball in their hand and a patch of grass in front of them.

Fulton has 881 rushing yards so far on the year thanks to that, and are heading into a game with Morrison that will depend a lot of their speed as well.

Looking at their assets, one of their biggest is junior Kyler Pessman. Pessman was the rushing leader last year as an underclassman, and head coach Patrick Lower recignizes that he is a special kind of runner.

“It’s kind of interesting. He’s different,” Lower said. “Sometimes he’s deceptively fast, because it looks like he’s just floating out there until he finds that seam and goes.”

Pessman uses unbelievable patience when he gets the ball, hesitating and winding in lurching fashion until he finds where he wants to go.

It’s something he’s worked on since last season. Sure, he’s capable of breaking through for 50 or 60 yard runs, but he’s become a little smarter with the ball.

“There’s sometimes when you have to put your foot in the field and get it up three or four yards,” Lower said. “Now that he’s done that, he sees the field so well he can see where he needs to get to.”

In his first game back from injury, Pessman rushed an impressive 163 yards for three touchdowns, averaging over 20 yards a carry.

Joining him is another kind of runner. Ethan Rash isn’t especially intimidating physically, but his 5’7 frame does some impressive things up the middle for the Steamers.

“He gets dirty yards between the tackles.” Lower said. “Sometimes you don’t even see him going through there and you see him coming out of the other end.”

Rash gets the ball and guts it through the line, often coming out with three or four defensive tackles clinging to him.

He credits a lot of his improved play to coach Jared Wessels, who has helped revamp the strength and conditioning program.

“We talk about it, in the trenches there, it’s physical football and it’s ugly down in there,” Lower said. “His offseason was incredible and he’s gotten so much stronger and faster to the hole. He’s a very good runningback.

The speed continues in the quarterback position. Connor Barnett, the Steamer basketball pointguard, has quick feet when he gets the snap. Lower said the two talked about his options behind the line: if he has green grass and an opening, take it.

“It’s super nice to have,” Lower said about the speed of Barnett. “There’s times you can just tuck it and go. Week 2 he started to do it a little more ... he has the ability and confidence to do it. He’s athletic, he’s quick enough, and he can get there.”

Even sophomore Jacob Jones has picked up good yards so far this year. He helped out while Pessman was out with injury and has been impressive throughout the first part of the season. He currently had over 150 yards rushing as well.

“He gave us another option. He wasn’t real patient at the beginning, but now we’re seeing it. He ran the ball really well, waited for his blocks and exploded through.”

It translates into defense, too. Those who play both sides of the ball are huge contributors on the line, using their speed to their advantage. That will be huge for them as they take on another fast team in the Mustangs this week.

The runners have already improved from last year to the 2019 season, and the best part? They all have at least one year left to play. Pessman, Barnett and Rash are all juniors, while Jacob Jones is still an underclassman. That leaves a lot to look forward to when it comes to the rushing yards for the Steamers.

But first they have to put it to use this season.

“We’ve been able to run the ball real well so far,” Lower said. “And hopefully we can do that again on Friday.”