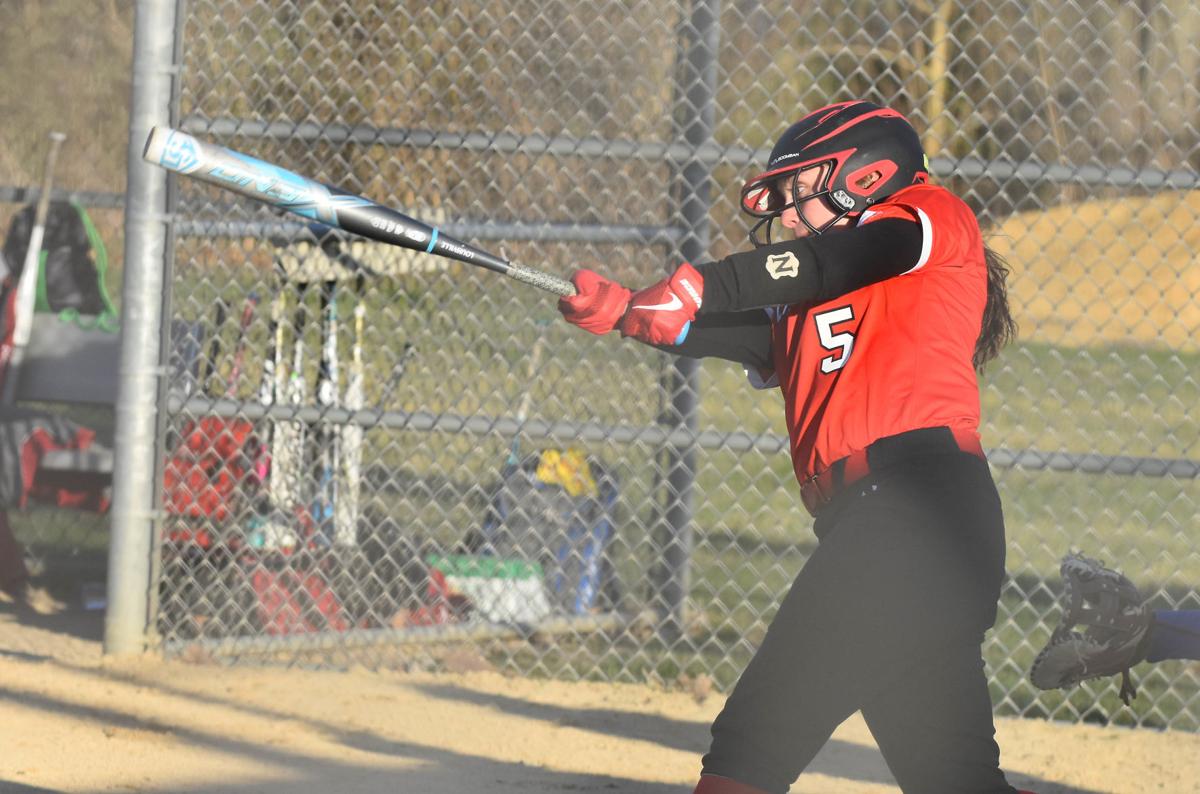 Fulton’s Emily Banker swings at a pitch during a home softball game again Morrison in 2019. 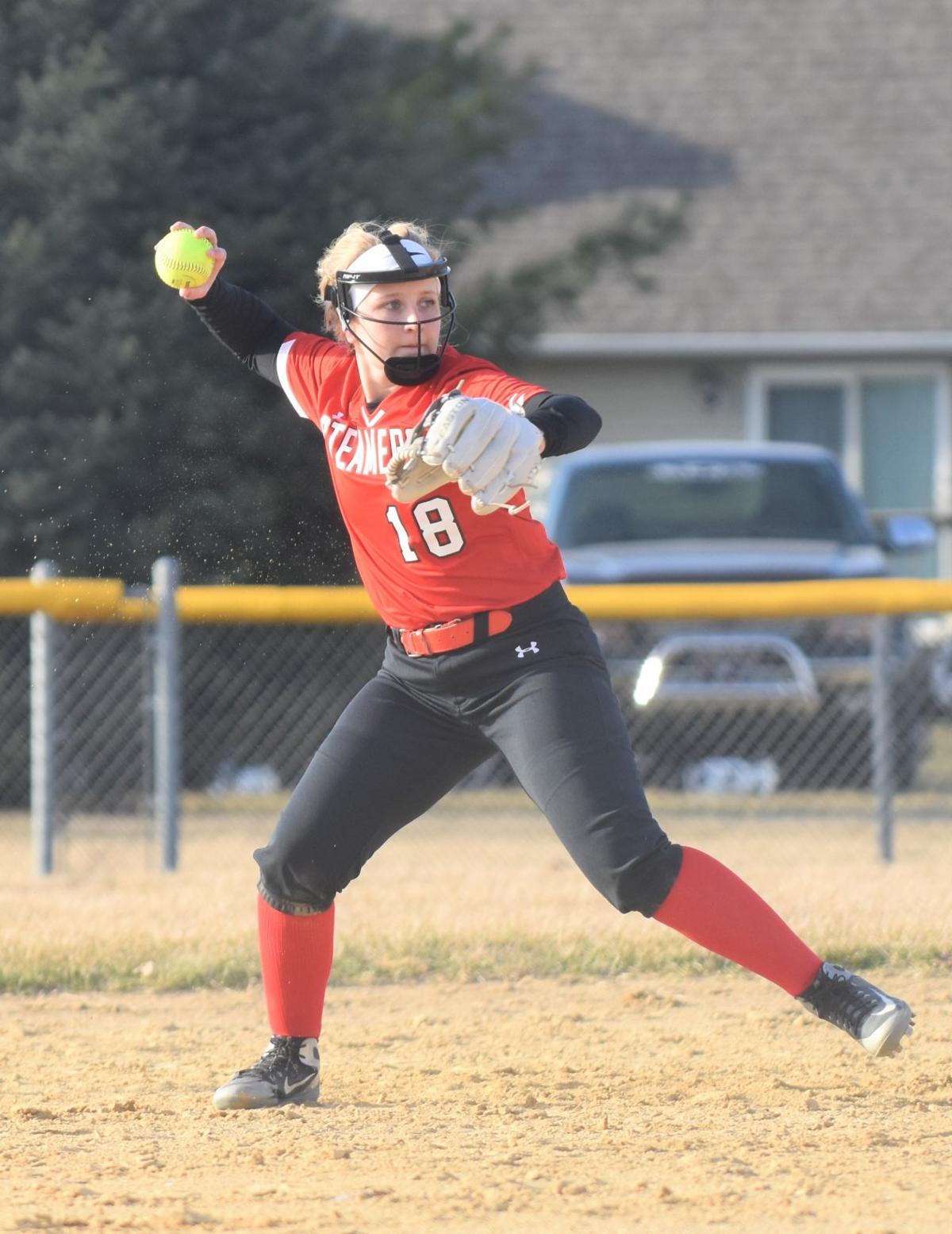 Fulton’s Kylee Sweenie makes a throw to first base during a Fulton home game in 2019.

Fulton’s Emily Banker swings at a pitch during a home softball game again Morrison in 2019.

Fulton’s Kylee Sweenie makes a throw to first base during a Fulton home game in 2019.

Softball isn’t over for Fulton seniors Emily Banker and Kylee Sweenie, it just won’t be in the Steamer red and black anymore.

Even though the coronavirus (COVID-19) stole their senior season from them, they’re both continuing their softball careers at the collegiate level. And it just so happens they’re heading to the same place.

“We both knew we wanted to go to St. Ambrose [University] and we had been thinking about furthering our softball careers there as well,” Banker said. “It wasn’t necessarily planned from the start but everything fell into place sort of perfectly.”

The Bees picked up the pair of first team All-Three Rivers Conference players to add to their freshman class. While they’re trading their red in for blue and heading 40 minutes down the rode, it’s a place they’re both familiar with.

“What made Ambrose a good fit was knowing my mom went there and my brother is currently a student there,” Sweenie said. “It’s also close to home, I loved the campus and the programs they offer in healthcare really drew me in and lastly I knew they had a good softball program so it worked perfectly.”

The same things went through Banker’s mind when looking at colleges and spurred her own decision.

“My brother attends St. Ambrose so I think that’s what drew me in most,” Banker said. “When I toured I really enjoyed the campus and I knew I would love going to school there. It’s also close to home and I’ve heard good things about the softball program.”

The pair have been a part of a successful run with Fulton. In the 2018 season, the Steamers clinched the program’s first ever regional final before falling in the sectional semifinal. Last season, they cruised to the regional final once more before being ousted by Sterling Newman.

They were poised for their biggest season, returning much of the roster from the previous two years.

“It definitely makes me want to continue playing,” Banker said. “Though my senior season was taken away, I’m glad to know I have the opportunity to play in college and that I will be able to do great things there.”

Banker served primarily as an outfielder for the Steamers, batting .431 and earning an all-state selection as a junior.

“I would say that my biggest strength is my hitting because I have a lot of power behind my swing,” Banker said.

Meanwhile, Sweenie put up a healthy .488 and played infield.

“I think on of my biggest strengths I bring to a team is my defense,” Sweenie said. “I’ve always been able to catch on to new movements for the infield very fast.”

Heading to college together has plenty of benefits both for the pair of athletes and for the Bees. Their bond formed from their time in Fulton could very well play out in their bond as teammates on the field.

“From my years of being a Steamer, I have learned how important it is to have a healthy relationship with my teammates. A strong bond within a team is a huge help on the field because you then play as a unit.”

“Having Kylee there with me will definitely make the experience better. As close friends and former teammates, I think we can bring a lot to the table in our softball career at Ambrose. We have been playing together for years and know each other well on and off the field. I’m excited to have a friend to experience this new chapter with.”

In addition to their on-field chemistry, they’re bringing some of their Steamer qualities to the Quad Cities. From their time in a small town playing for a small school, they’ve learned plenty that they’re ready to bring to the collegiate level.

“One thing I’ve learned from being a Steamer that I’m going to take with me is that you always need to work hard.” Sweenie said. “It sounds very basic but I learned that nothing can be handed to you and you have to work for whatever you want in life.”