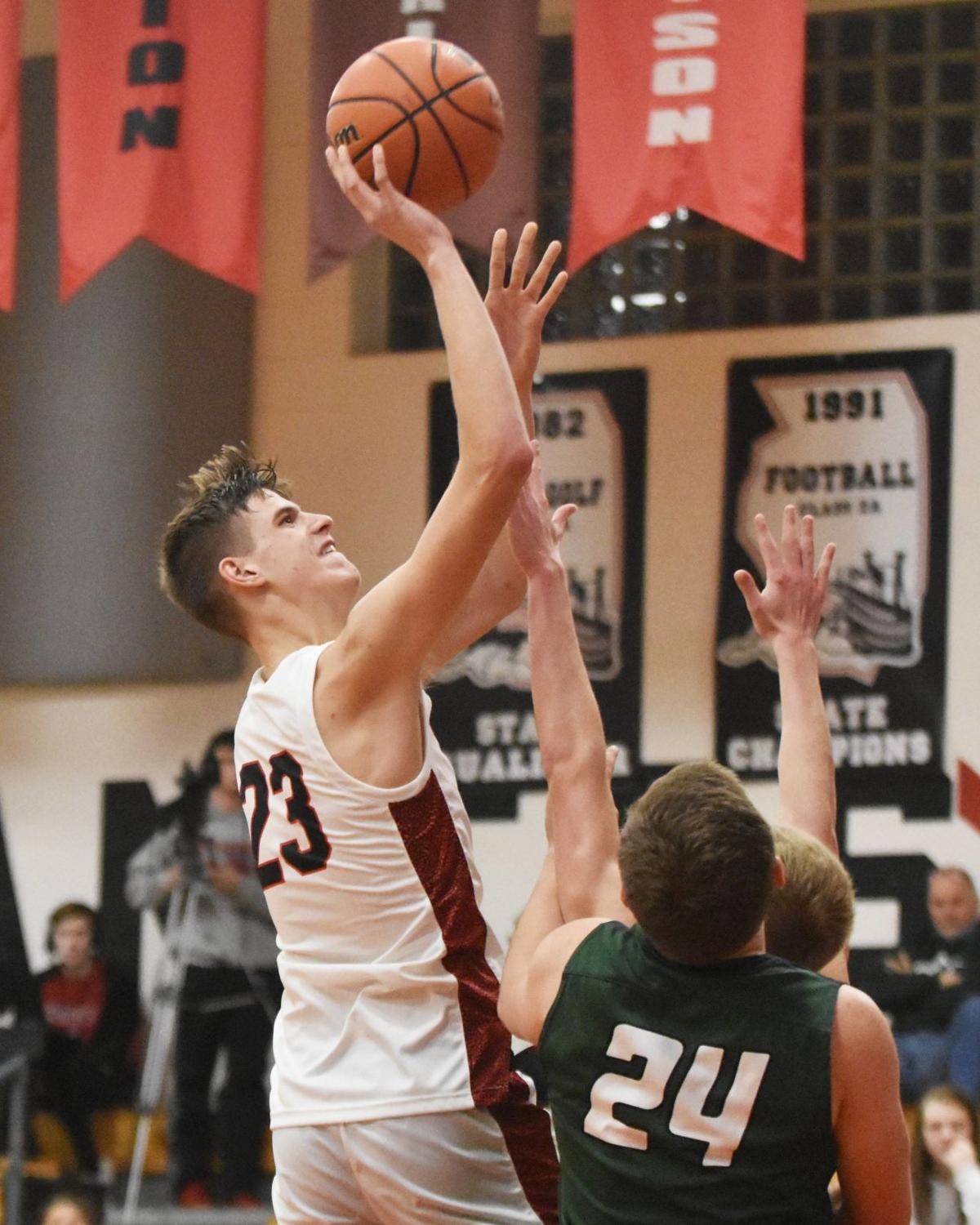 Fulton’s Bradlee Damhoff takes a jumpshot in the lane during Fulton’s overtime win over West Carroll. 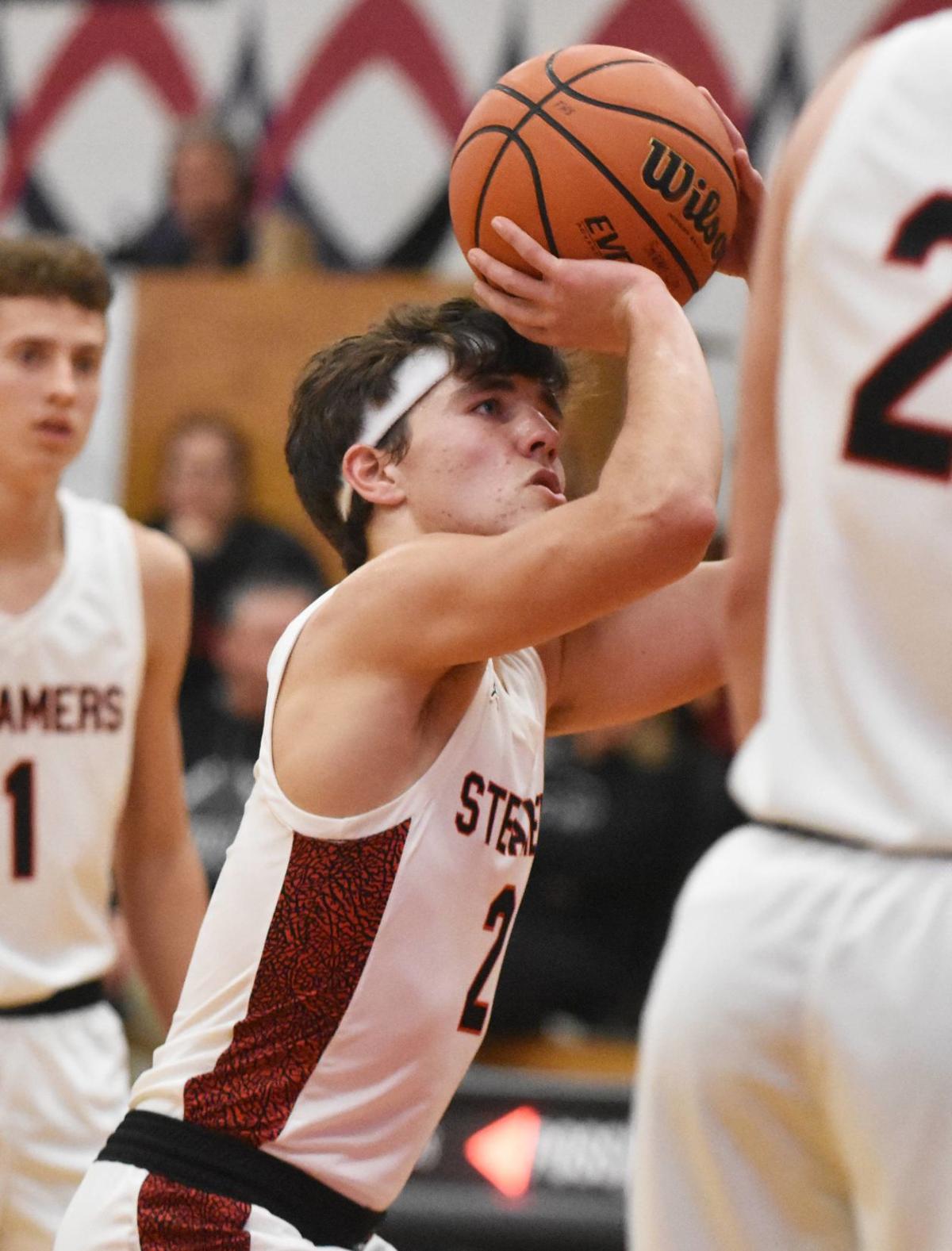 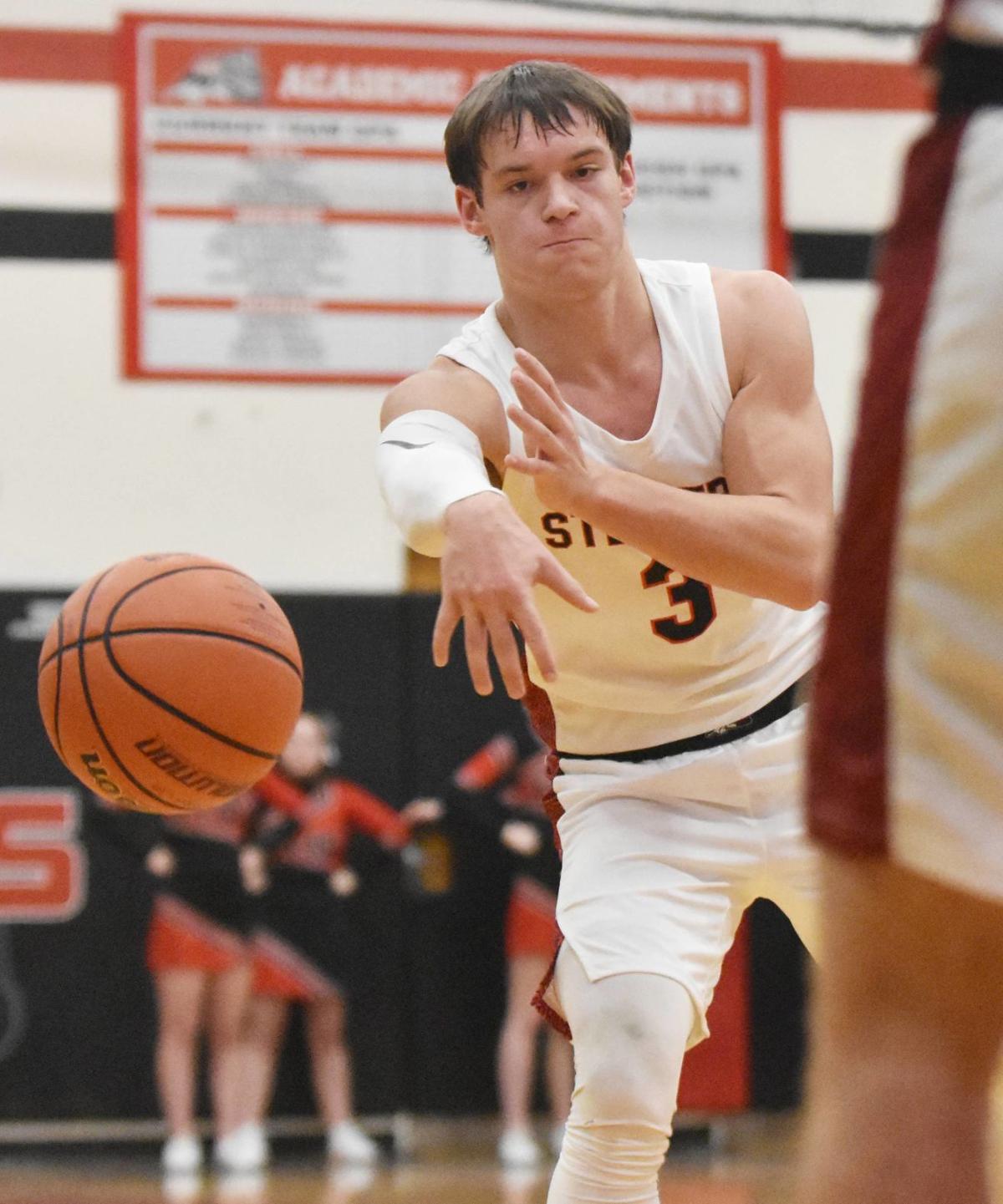 Fulton’s Bradlee Damhoff takes a jumpshot in the lane during Fulton’s overtime win over West Carroll.

FULTON, Ill. – The Fulton boys basketball team knew that they probably could have – and should have – finished the game before the clock ticked to zero to send it to overtime.

But that’s the way it went on Tuesday night when the Steamers hosted the West Carroll Thunder, eventually pulling out the 57-52 victory.

“It’s one of those games where it’s early in the season and it’s clear there are areas where we need to get better,” head coach RJ Coffey said. “We just didn’t have our good stuff today on either end of the floor. And West Carroll, they battled.”

The two started out the extra time knotted at 44-44. Immediately, Conner Barnett notched a steal and drove from end to end, picking up the foul and draining both from the line.

The Steamers picked up another defensive stop, and on their next trip down the ball found the hands of Kyler Pessman. Pessman had been cold from the outside all night, but put up a shot that was nothing by net and send the Steamers up 49-44.

“Players make plays, and Kyler’s a player,” Coffey said. “He’s one of those guys and that’s just what he does. He didn’t quit and he doesn’t shy away from that stuff.”

Some more free throws from assorted players and a couple of baskets finished out the game for them.

However, it was a game that could have been finished in regulation.

The Steamers led by as many as eight points in the fourth quarter, thanks to a feisty backcourt press that caused turmoil for the Thunder and gave the Steamers a number of steals and fast breaks.

“We haven’t ran too much of it this year because our rotations haven’t been great,” Coffey said. “Tonight we did a much better job. We got good traps and our guys were moving off the basketball and jumping some routes. That’s been a work in progress.”

At some point, they felt the pressure of the Thunder behind them. Their offense started getting sloppy, and what was just a cold night offensively turned into turnovers. Those turnovers turned into West Carroll points.

“Being confident is what you need from any group in that situation,” Coffey said. “Tonight we did good things, but there were times where we rushed. In a tight game when you mix in a couple rushed plays, it can lead to turnovers or bad decisions. West Carroll was capitalizing.”

With one minute left to play in regulation, the Thunder pulled within one thanks to a three-point shot from Derek Tracy. With West Carroll fouling to stop the clock, the Steamers only put in 3-of-5 free throws, watching the Thunder inch closer.

Off an offensive rebound, the Thunder tied it up with 4.2 seconds remaining in regulation to send it to overtime.

The Steamers were off to a slow start in general. Even though they held the lead, it was slow on the offensive side of things. The Thunder zone had the Steamers looking for holes, and even though Coffey was yelling for the weak side, the movement on and off the ball never really matched up.

“The 1-3-1 gave us some trouble, we haven’t seen much of that,” Coffey said. “That’s something we’re going to have to work on. Our vision wasn’t very good and we weren’t looking inside enough. Our movement from the weak side wasn’t very good.”

They had some names step up, but not the ones you usually see in the stat highlights. Brock Mason was the leading scorer, taking a big chunk of ballhandling duties in the first half. Kraig Schipper ad Patrick Wiebenga took over some post duties and the second string kept the game alive despite the slow start.

“Our bench guys gave us good minutes tonight when our first group maybe wasn’t getting it done. Some nights, there’s not a lot out there for them but some nights we need a little bit extra from them and I thought they did that.

“Brock Mason had his best game as a varsity basketball player. He attacked the rim and was the one guy out there that was getting after it one both ends. I’m really proud of him, he kept us in the game.”

The Steamers (5-2, 2-0) will stay at home and welcome another local foe to Stan Borgman Court. They play Morrison on Friday night.