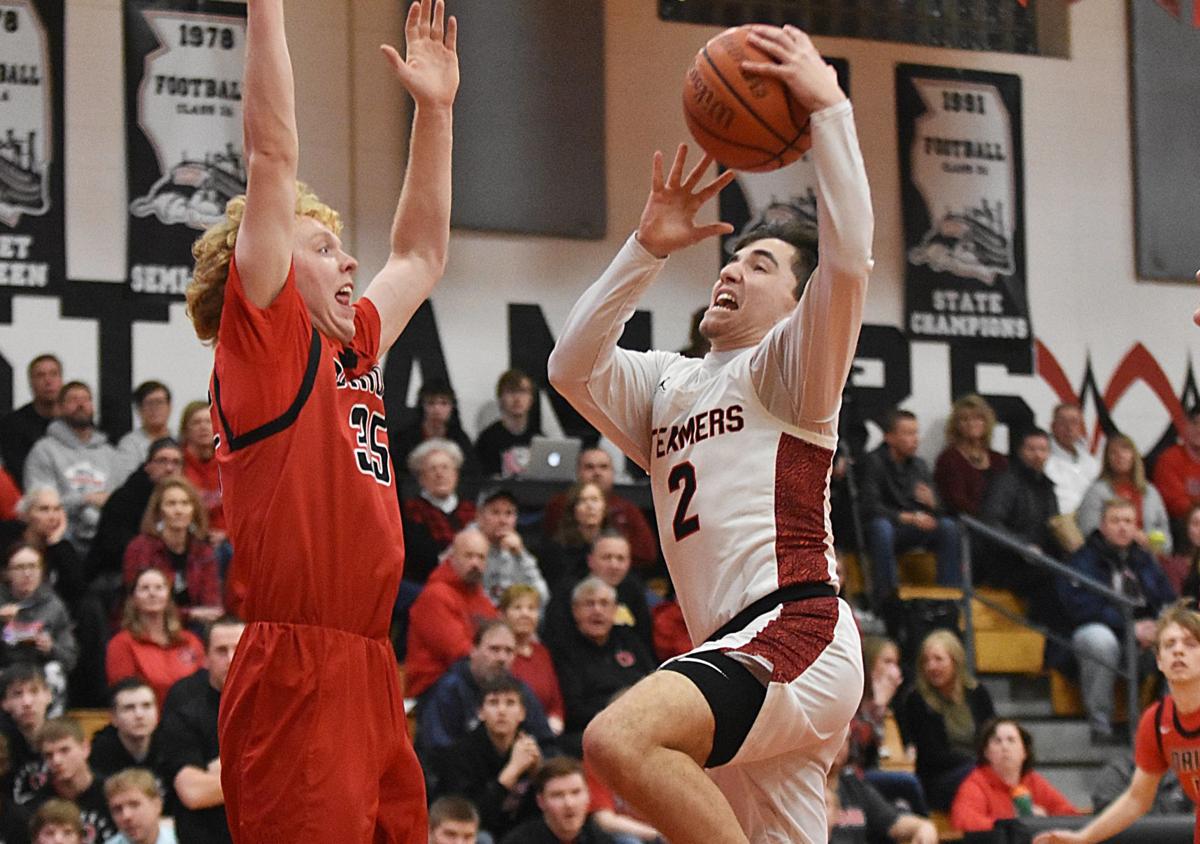 Fulton’s Brock Mason goes up for a shot against Orion defense in the Steamers’ 59-40 home loss to the Chargers on Friday night. 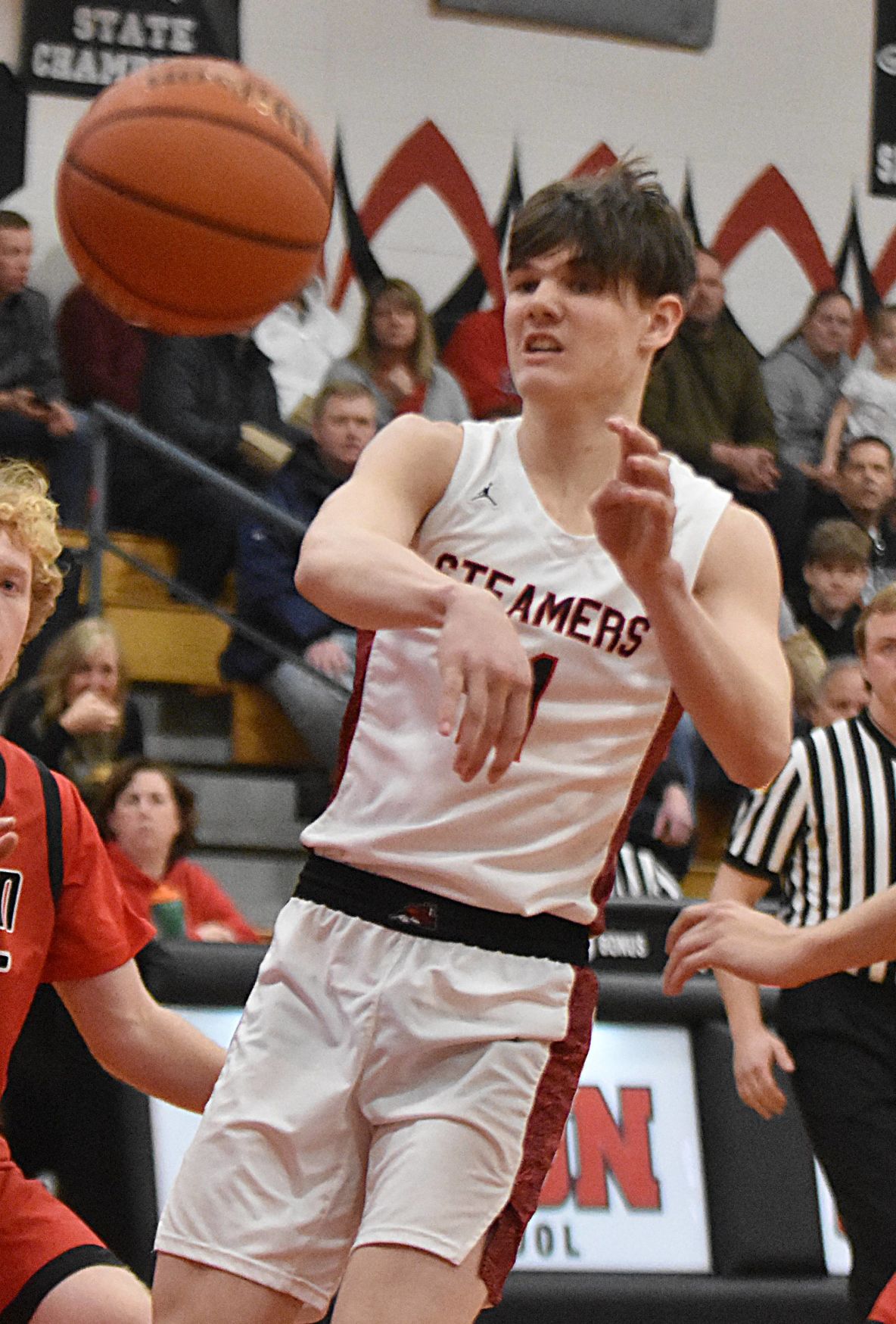 Fulton’s Kyler Pessman passes a ball from the elbow out to the win during Fulton’s Friday night loss to Orion. 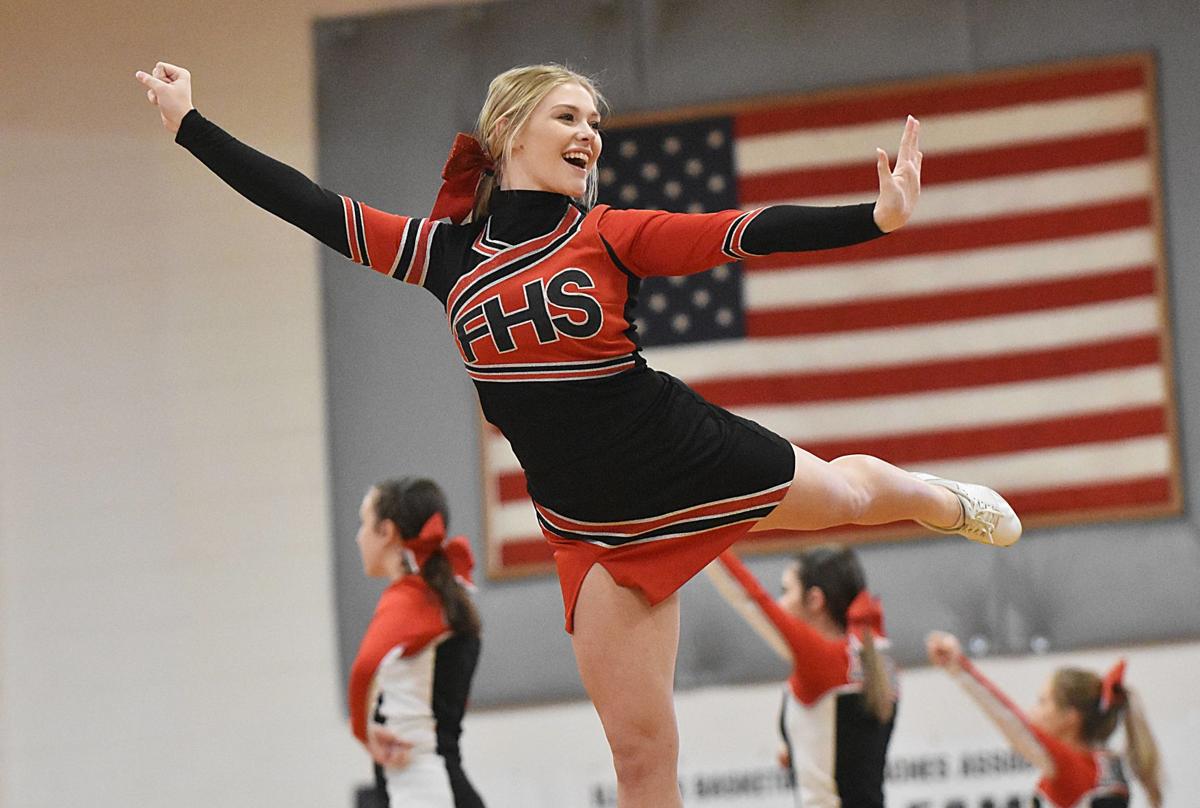 Fulton cheerleaders perform in between quarter on Friday night for the Senior Night crowd. 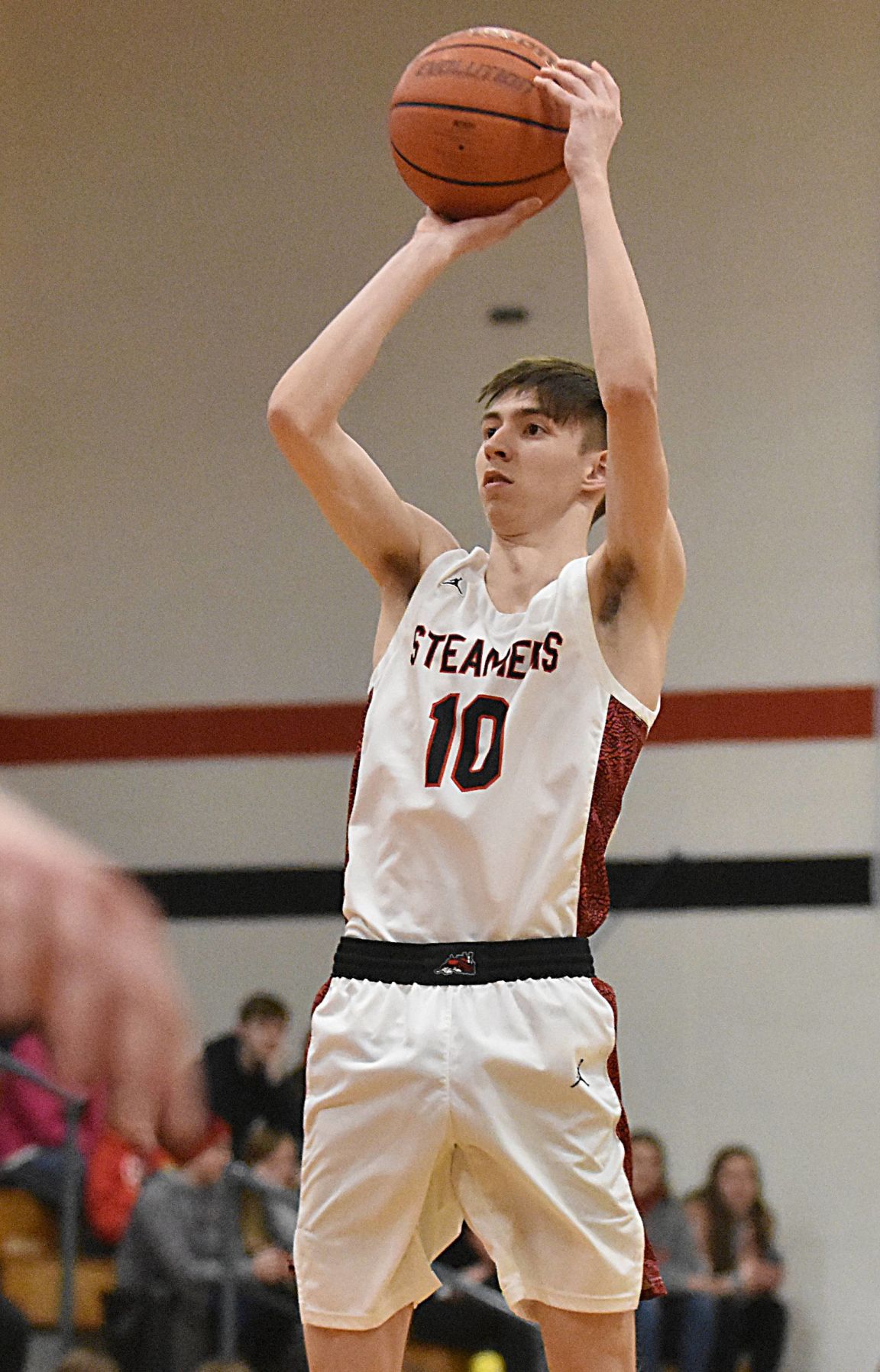 Fulton senior Keegan Stoecker attempts a three pointer for the Steamers in their Friday night loss.

Fulton’s Brock Mason goes up for a shot against Orion defense in the Steamers’ 59-40 home loss to the Chargers on Friday night.

Fulton’s Kyler Pessman passes a ball from the elbow out to the win during Fulton’s Friday night loss to Orion.

Fulton cheerleaders perform in between quarter on Friday night for the Senior Night crowd.

Fulton senior Keegan Stoecker attempts a three pointer for the Steamers in their Friday night loss.

FULTON, Ill. – It was just one of those nights for the Fulton boys basketball team: nothing went their way.

A three from sharp-shooting Kyler Pessman rolled in and out of the hoop for the third time that night. An official missed a clear over-and-back. Four or five offensive rebounds were given up before a point.

It all culminated in a 59-40 loss at the hands of Orion for the second time in a week.

“Give credit to them, they’re a good ball club,” head coach RJ Coffey said. “We just did not execute the gameplan we had going in.”

The Steamers looked good in the first moments of the game, finding the hands of Bradlee Damhoff over the top of the Charger defense. Damhoff had a clear size advantage over every Orion defender, and the Steamers had the overall size advantage.

The Chargers responded with plenty of offensive production. Backdoors on the Fulton defense ran abundant, the Steamers seeming a step slow while guarding the visiting team.

The defense also deemed impenetrable for the Steamers. After the first couple of passes to Damhoff, the Chargers collapsed on him when he got the ball. The Steamers struggled to find holes against the aggressive man-to-man.

“They make it very chaotic,” Coffey said. “The way to beat that is keep moving the ball, and what that takes is a couple more reversals. I don’t think we ever got to enough reversals.”

The home team trailed 27-19 after the first two periods were done. Sloppy passes and back doors littered the first sixteen minutes.

“Before we could get back to getting the ball inside we’d make mistakes, force things or rush things,” Coffey said. “They made adjustments and we did not relax and move the ball well enough to counteract that.”

Kyler Pessman kicked off the second half with some energy, hitting a short jumper in the middle of the lane. The Steamers even got a defensive stop, but then turned it over in the backcourt – one of 18 turnovers in the game.

“Defensively, we gave up paint way too much,” Coffey said. “We did not keep them out of areas that we talked about limiting. By allowing them in the paint we opened up a lot of what they want to do offensively and we got burned by it.

“I was a little disappointed by our efforts on the boards. We were the bigger, taller team, but rebounding is a lot of heart and effort. We did not do our part on that.”

The Steamers fall to 20-8 on the year and 7-2 in the Three Rivers Conference. They’re looking to stay focused, with a tough game against a ranked Rockridge team coming up on the road and a win there would keep them in the running for the conference title. They face Rock Island Alleman first on Monday.

It was Senior Night for the Steamers, too. They say goodbye to seniors Bradlee Damhoff, Kraig Schipper, Devin VanZuiden, Eathan Long and Keegan Stoecker.

“Really good group of kids,” Coffey said. “I really appreciate what those guys have done. Whether it be in the summer, in practice or in the season they all contributed to the success we’ve had this year. We didn’t play well tonight, but we’ve had a lot of success and they’ve all been a part of that.”

AMBOY, Ill. – Head coach Mike Menchaca knew the No. 2 team in Class 1A would be hard to handle, especially at home.

It proved true, but the Fulton girls put up a fight against Amboy on Friday night in the regional championship game, eventually falling 41-30.