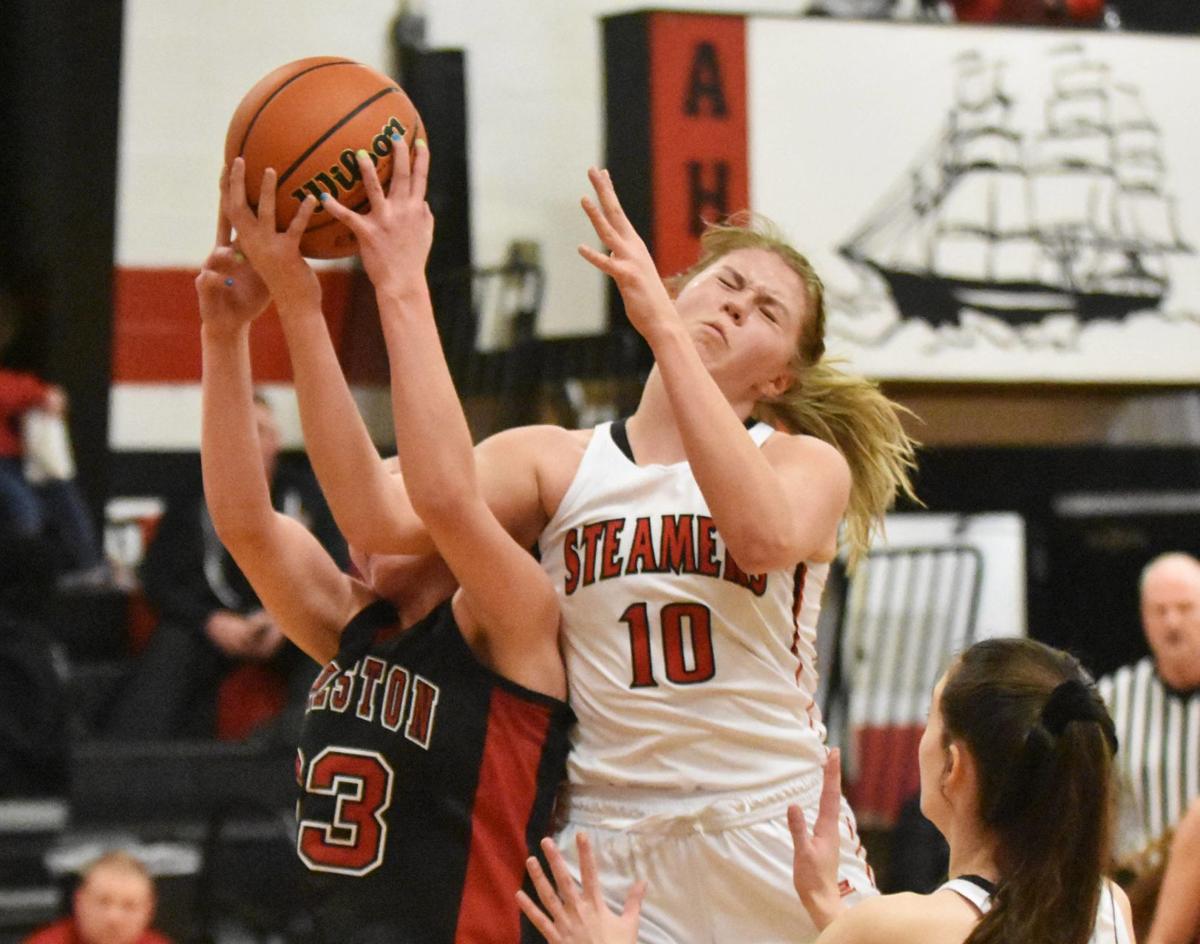 Fulton senior Emily Schipper pulls down a rebound during Fulton’s 48-37 overtime win against Forreston in the regional semifinal game in Amboy, Ill. on Wednesday night. The Steamers will play the ranked Clippers on Friday for the regional title. 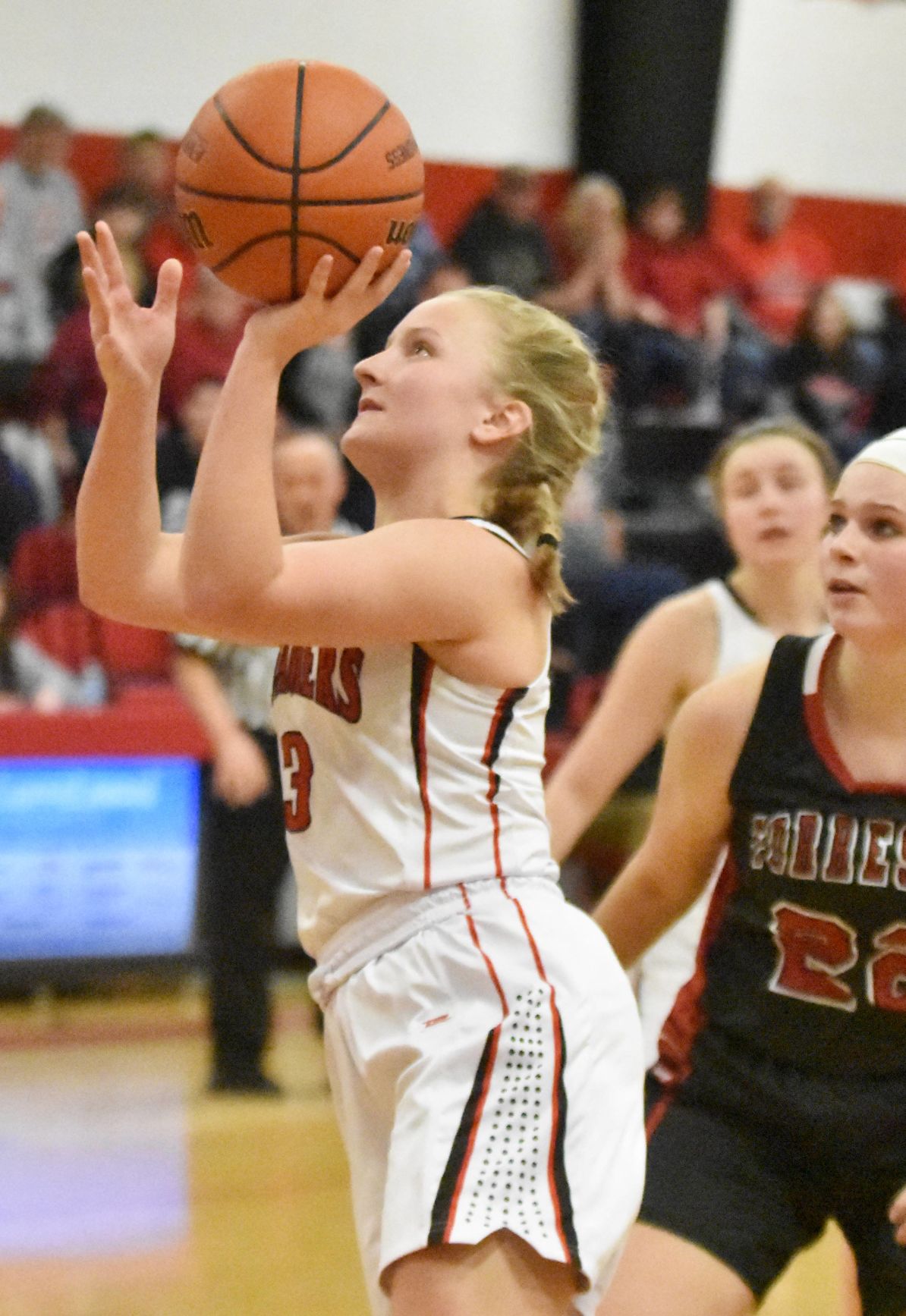 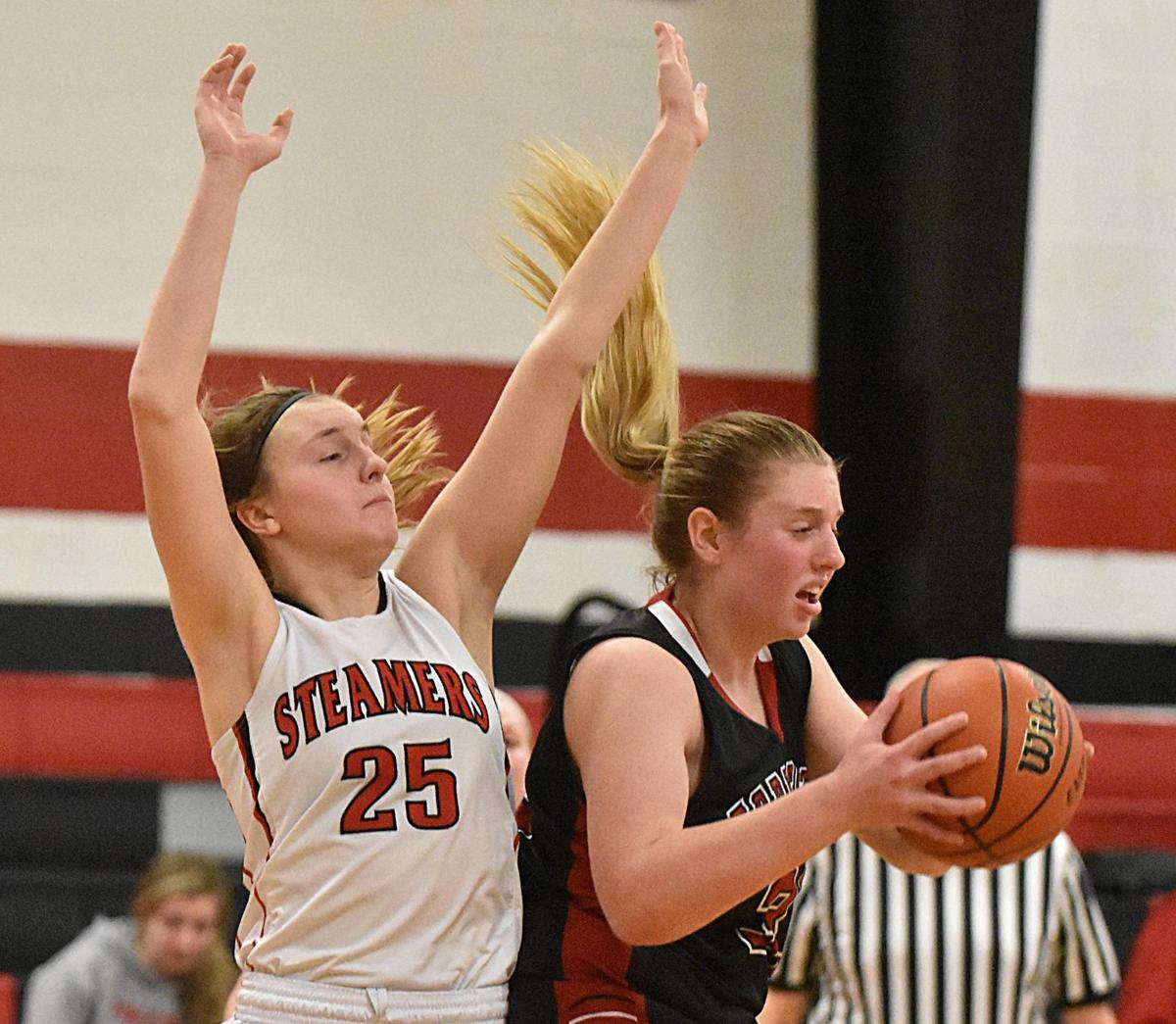 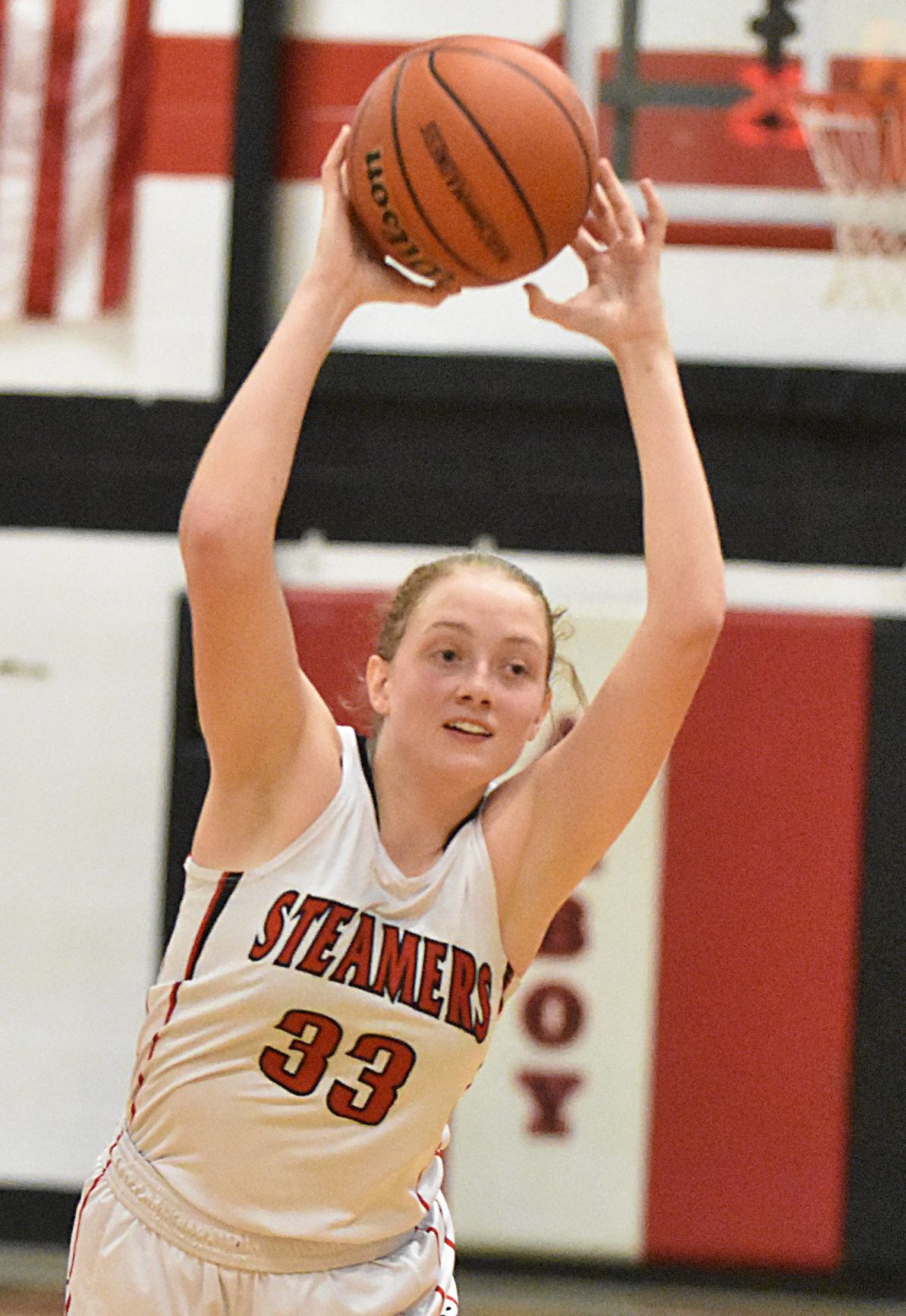 Fulton junior Kylie Collachia looks to pass to the wing from the elbow.

Fulton senior Emily Schipper pulls down a rebound during Fulton’s 48-37 overtime win against Forreston in the regional semifinal game in Amboy, Ill. on Wednesday night. The Steamers will play the ranked Clippers on Friday for the regional title.

Fulton junior Kylie Collachia looks to pass to the wing from the elbow.

AMBOY, Ill. – With the game even and 4.9 seconds on the clock, the Forreston Cardinals girls basketball team got the ball in and chucked up a shot over the shoulder from the top of the key.

Fulton head coach Mike Menchaca watched from the sideline as the ball rolled around the rim and bounced to the floor.

“Honestly I was just praying it wasn’t going to go in,” Menchaca said. “It looked like it was going in.”

But it didn’t and that sent the regional semifinal game between the Steamers and the Cardinals to a 4-minute overtime period, one which the Steamers would eventually take 48-35 after a tumultuous opener to the postseason.

“We were really fortunate to come out with this one,” Menchaca said. “We made some mental mistakes down the stretch. We redeemed ourselves at the free throw line.”

The Steamers opened the overtime period scoring, Kearston Norman taking a baseline drive to the rim and picking up the foul. She drained both free throws.

Emily Schipper then moved to her right to hook a little jumper from the lane.

The Steamers finished it off with a string of free throws and a Liz Fish steal – layup combo to take the game from the Cardinals. In addition, they allowed just on bucket on the other end in the entire four minutes – a testament to their defense.

“We came out with our 1-3-1, we’d had a lot of luck with it before,” Menchaca said. “We said we would try it and try to get them in some bad passes and if it didn’t work we were going back to what we know, and that’s man. We just couldn’t afford the 1-3-1 any longer and it came down to the solid man-to-man.”

Emily Schipper took control of the game herself in the final minutes of regulation. After a cold third quarter, Schipper nailed a three to take the 24-23 lead over the Cardinals.

“You look at what she did – volleyball, softball and all that she excels in and it shows in her jumping ability,” Menchaca said. “She caught the ball in traffic multiple times and was able to elevate.”

She then opened the fourth quarter with a steal and a layup. Two more jump shots from Schipper gave her a 9-0 run herself and the Steamers a comfortable 30-23 lead.

But it wasn’t over. Fulton struggled with rebounding all night, often finding themselves in bad position and watching Forreston pull down offensive boards. It aided the Cardinals in a comeback, and with three minutes left a big offensive rebound tied everything back up at 30-30.

“We missed three or four block outs in a row,” Menchaca said. “We got on them in the timeout, we said your job is not to watch the ball fly, it’s to find a body and block out. We didn’t do a good job tonight, we’re lucky to win one.”

The Steamers were working from behind to kick off the game. Forreston came out with a 11-2 lead early in the first quarter thanks to cold shooting from the field.

“It was a fast start for us, we just missed some shots,” Menchaca said. “We had Schipper in great position around the rim and she just missed two, three little hook shots that are usual money for her. We were cold from the free throw line, too.”

They hit a couple quick baskets at the end of the first quarter, and then immediately found both Schipper and Kylie Collachia over the top for easy baskets. The same play – over the top to Collachia – tied everything up at 18-18 to start the third quarter.

“You have to give our guards credit and our posts credit for finding that high-low and sticking with it,” Menchaca said. “We usually play very east-west and don’t buy into that.”

Schipper led the scoring and the rebounds for the Steamers.

The Amboy regional continues on Friday night, the Steamers traveling back to take on the home team in the regional championship game. Amboy is one of the top ranked teams in all of Illinois, and Menchaca knows it’ll be a tough test to stop them.

“We really have to slow it down,” Menchaca said. “And we have to keep pounding the ball inside and get to the free throw line.

“One thing that goes unnoticed about them ... they’re a phenomenal defensive team. We really are going to have to take care of the ball.”