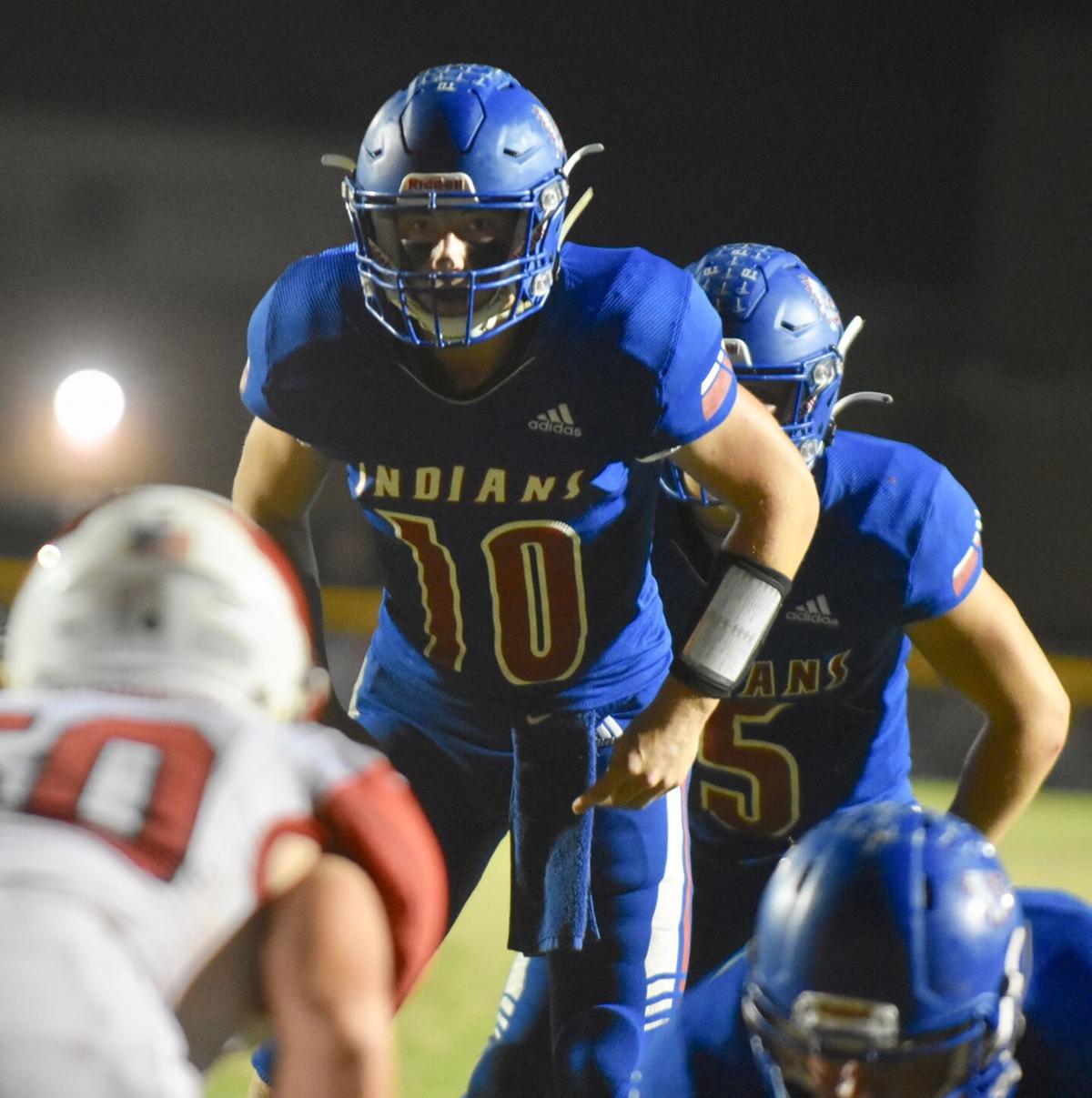 Camanche quarterback Michael Delzell (center) reads the defense during the Indians’ win over Maquoketa on Oct. 9 in Camanche. 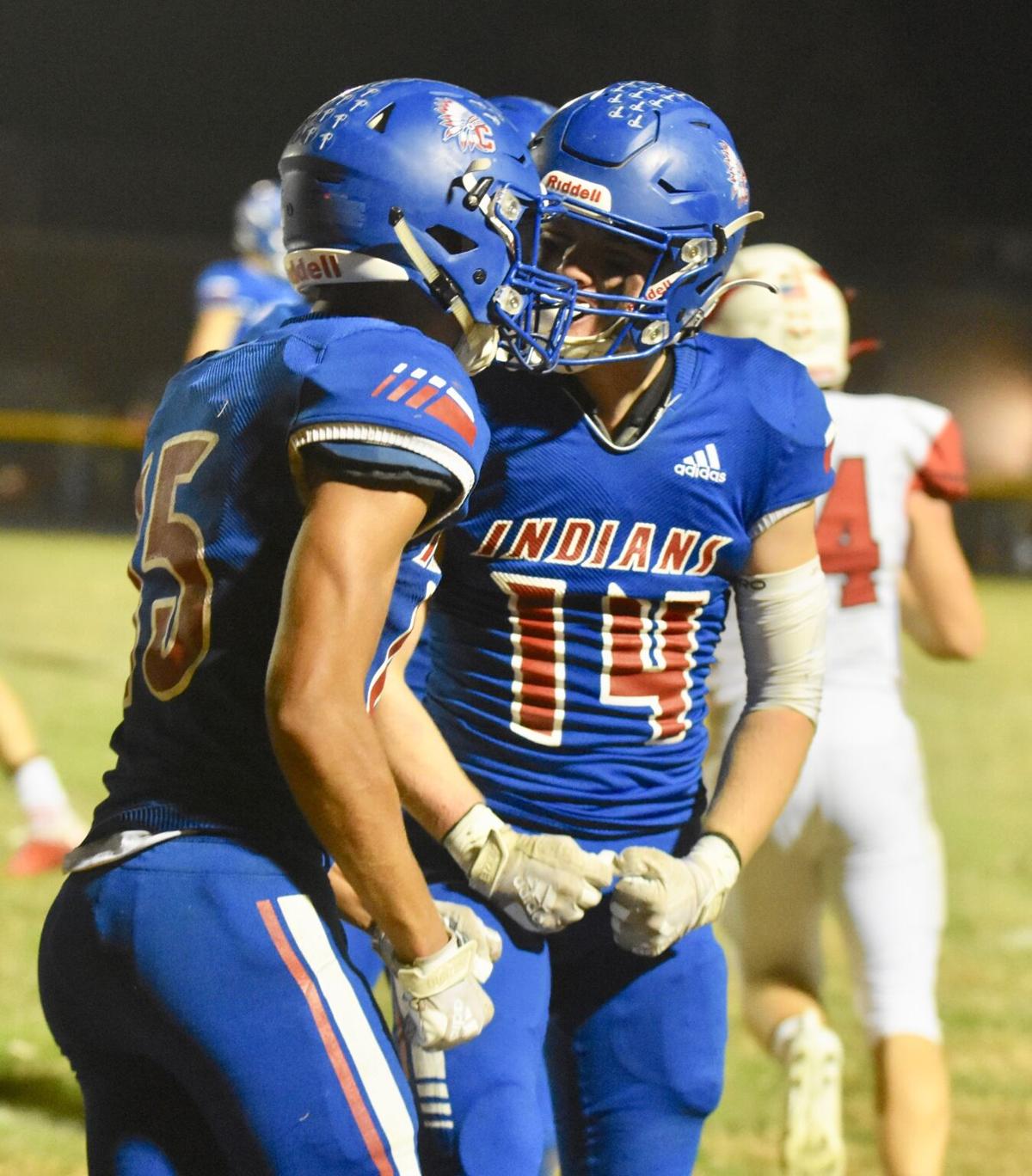 Camanche’s Adam Dunlap (left) and Brennan Kramer (right) celebrate after a play during the Indians’ win over Maquoketa on Oct. 9 in Camanche.

Camanche quarterback Michael Delzell (center) reads the defense during the Indians’ win over Maquoketa on Oct. 9 in Camanche.

Camanche’s Adam Dunlap (left) and Brennan Kramer (right) celebrate after a play during the Indians’ win over Maquoketa on Oct. 9 in Camanche.

The shortened 2020 season has come to a close and the playoffs are now upon us. Read up on upcoming playoff matchups as well as key stats from last Friday:

In Class 3A, Clinton (0-6) will travel to Central DeWitt (4-3) in the first round and the winner will face Davenport Assumption (7-0) in the second round. The Sabers previously defeated Clinton 35-0 in Week 5.

Easton Valley’s Conor Gruver went 12-of-19 passing for 251 yards and five TDs. Kolton Murphy ran all over the Dunkerton defense with 14 carries for 203 yards and two TDs. Parker Olson had three catches for 102 yards and three TDs.

Camanche’s Eric Kinkaid and Zayne Feller each had six tackles. Zach Erwin and Dickherber each had an interception.

Easton Valley’s Hayden Felkey had a ridiculous game for the River Hawks, notching 14.5 tackles (six for loss), three sacks and an interception.