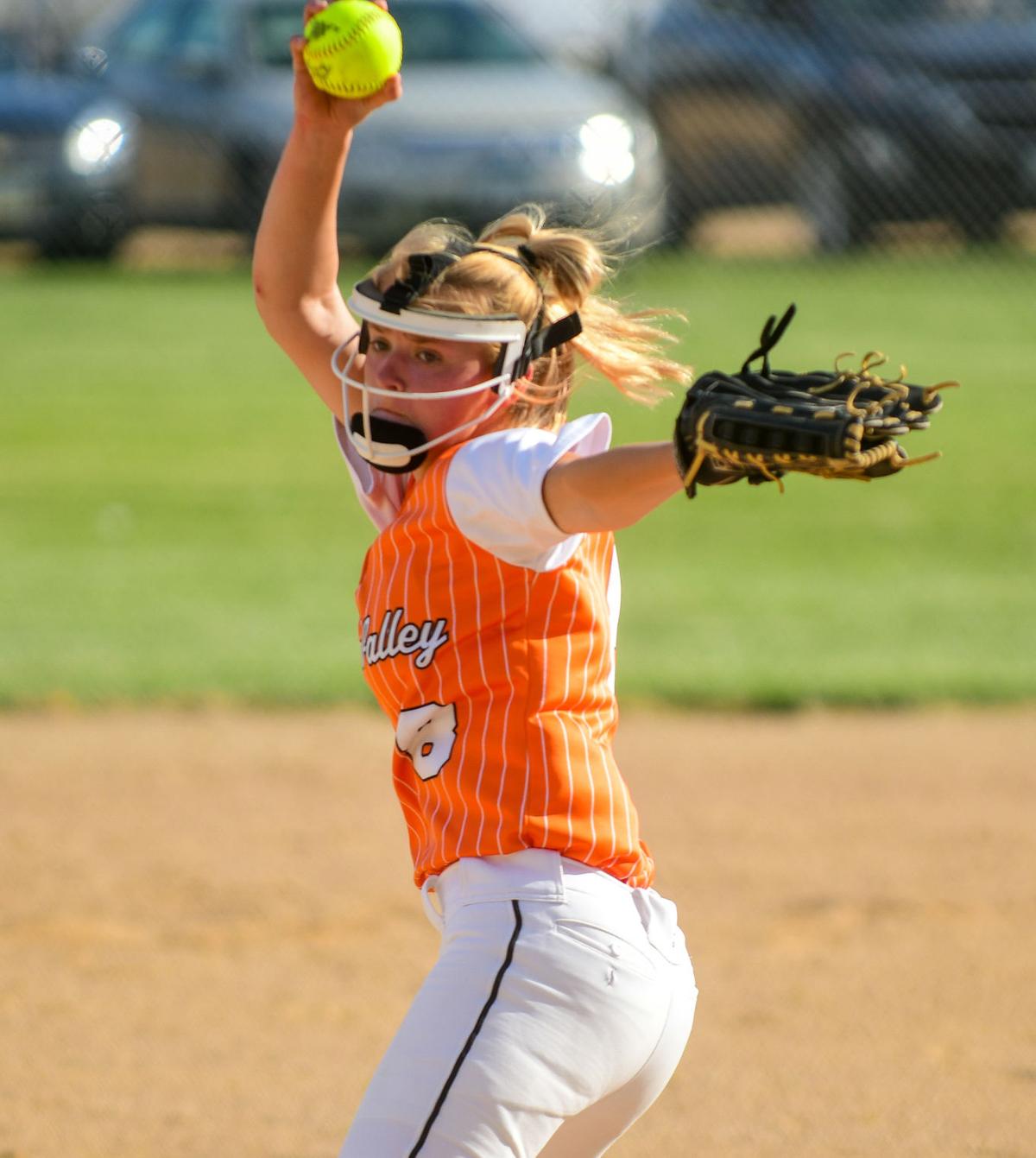 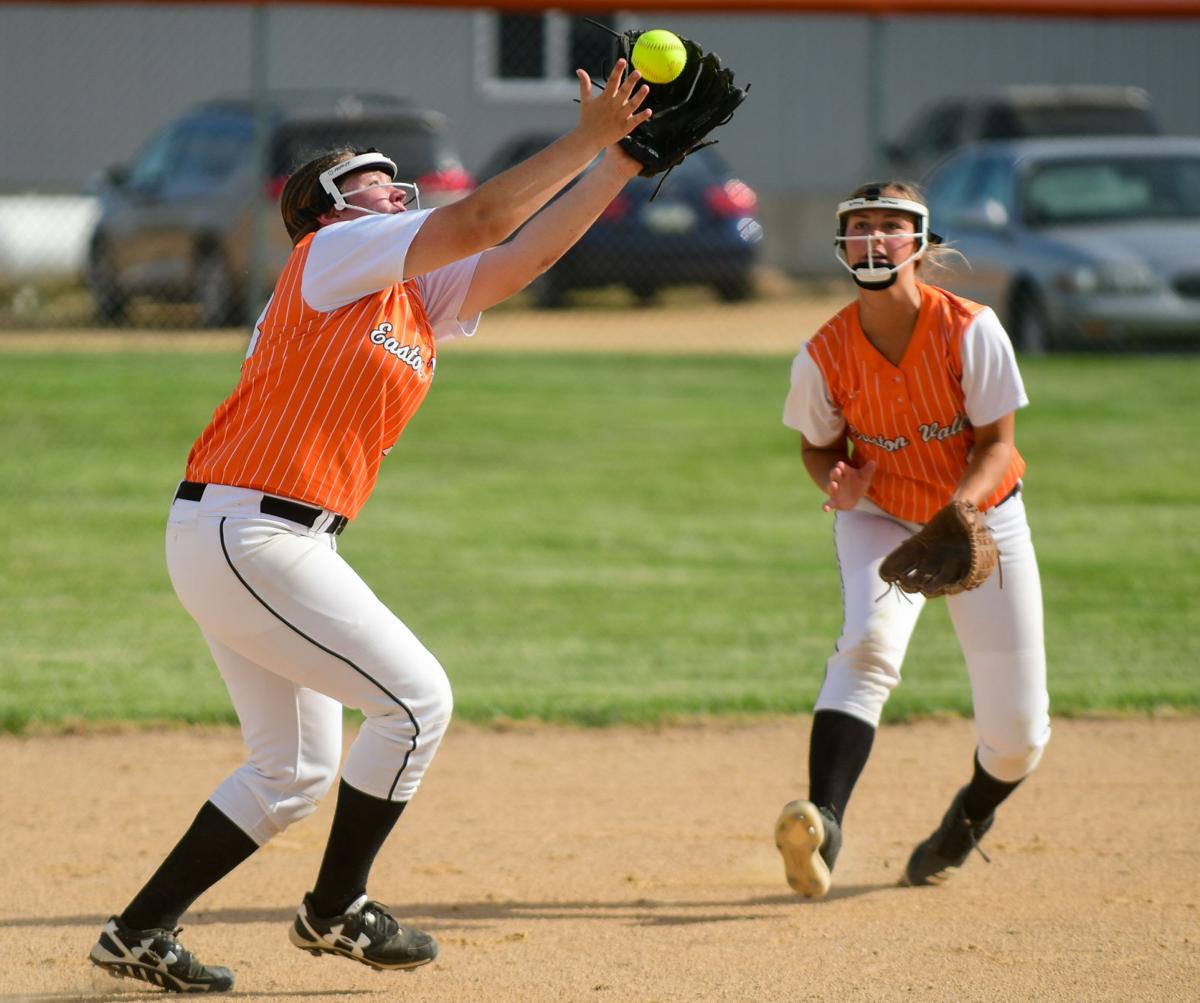 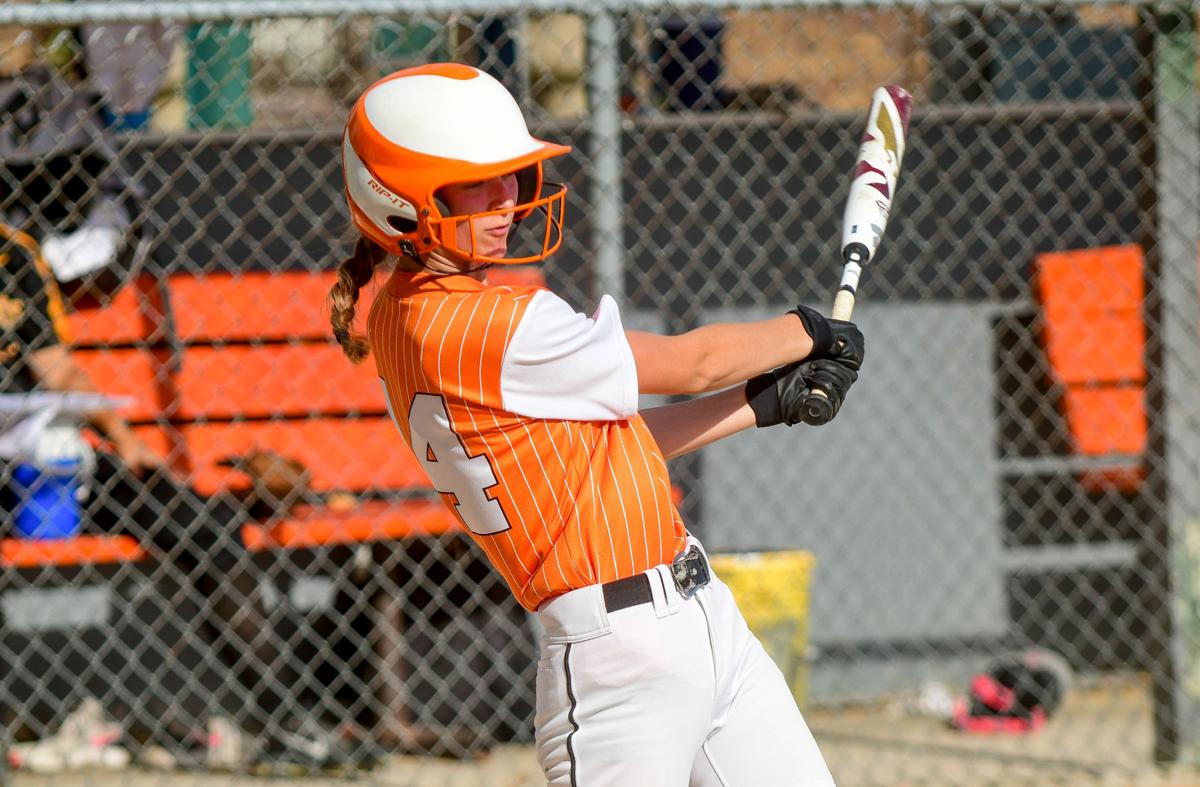 MILES – Even though the Easton Valley softball team came out with a strong start, one inning spiraled out of control and allowed Maquoketa Valley to thwart the River Hawks 17-6 in Miles on Monday night.

Inconsistent innings aren’t anything new to the River Hawks, though.

“We’re working on it,” head coach Taylor Bell said after the game, the fifth in a row. “It’s always one bad inning. It’s just very inconsistent. We seem to want to be a comeback team instead of the team on top.”

The softball team actually were the ones to jump out to the quick lead. After holding the Wildcats to just one run in the first inning, the River Hawks came out swinging in the home half. Renee Hartung notched a one-out single and Jaysie Woods made contact of her own to score Hartung. Kylee Ready then sent a ball over the right field fence to send the River Hawks up 3-1.

“That was her second homerun in the last two games,” Bell said. “She’s been really good for us at the plate and she’s been covering a lot of ground in the outfield as well. She’s been big in our lineup and I know we have a lot of base hit hitters in front of her.”

Things stayed steady through the next inning and then the trouble started. Pitcher Jaysie Woods struck the first batter out, but immediately allowed a single after.

Two fielding errors followed from the infield, and then Woods hit a batter. The Wildcats scored eight runs in the third, taking a 9-3 lead that they would never look back from.

“I think it’s a mental thing,” Bell said. “We’re been really struggling with our mental game since the start of our season. We have a lot of new players in uncommon positions. I think it’s making sure we’re aware of what we’re doing and where we need to go.”

Along with the hit batter, Woods walked four in the third inning alone (eight total). Woods is the only started for the River Hawks, newcomer Mikayla Mitchell relieving her with some of her first innings pitched.

The next runs plated by the Wildcats came off leadoff walks as well.

“That’s where we start see us get down,” Bell said. “Getting down right away is something that we’ve struggled with, not just with pitching. Coming out with walks is crucial. Jaysie is coming off an injury and so we’re really working through this year.”

The River Hawks were able to tack on some runs as the game went on. In the fourth inning, Sydney McNeil and Mikayla Mitchell started things off with hits, then eighth grader Charley Holdgrafer knocked both of those baserunners in with a single.

Even with that offense, the River Hawks left eight runners stranded throughout the night.

“We’re working on getting confident,” Bell said. “We’re hitting a point where we have a bad inning and then we think that we can’t hit at all. They get in the box and have one bad swing, one bad pitch and it goes down from there.”

The final run was scored by Jaysie Woods, who reached base on an error and was knocked in by Mitchell.

The River Hawks have yet to win a game and have lost their first five games by double digits. They turn around quickly this week, heading to Central City on Thursday for another Tri-Rivers Conference contest.