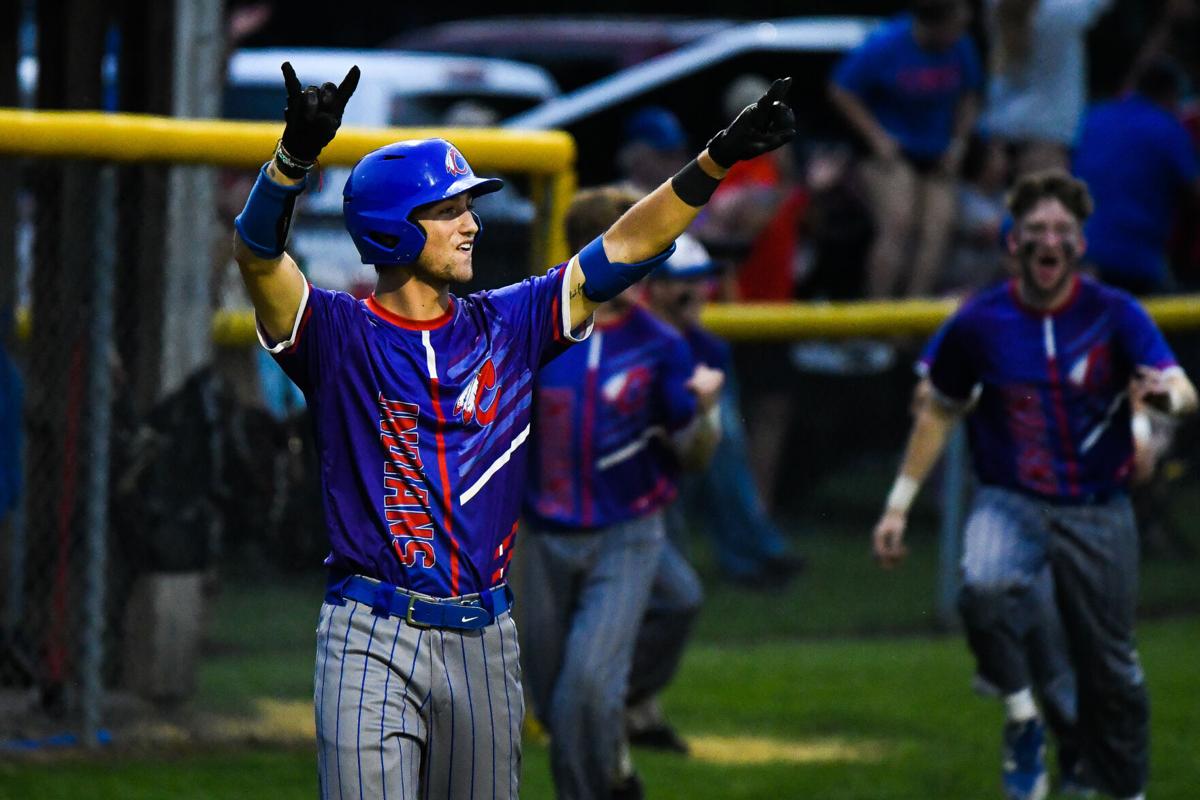 Camanche senior Kyle DeWeerdt reacts after teammate Tucker Dickherber hit a two-run home run in the sixth inning for the Indians during their 9-1 win over Wilton Saturday night. 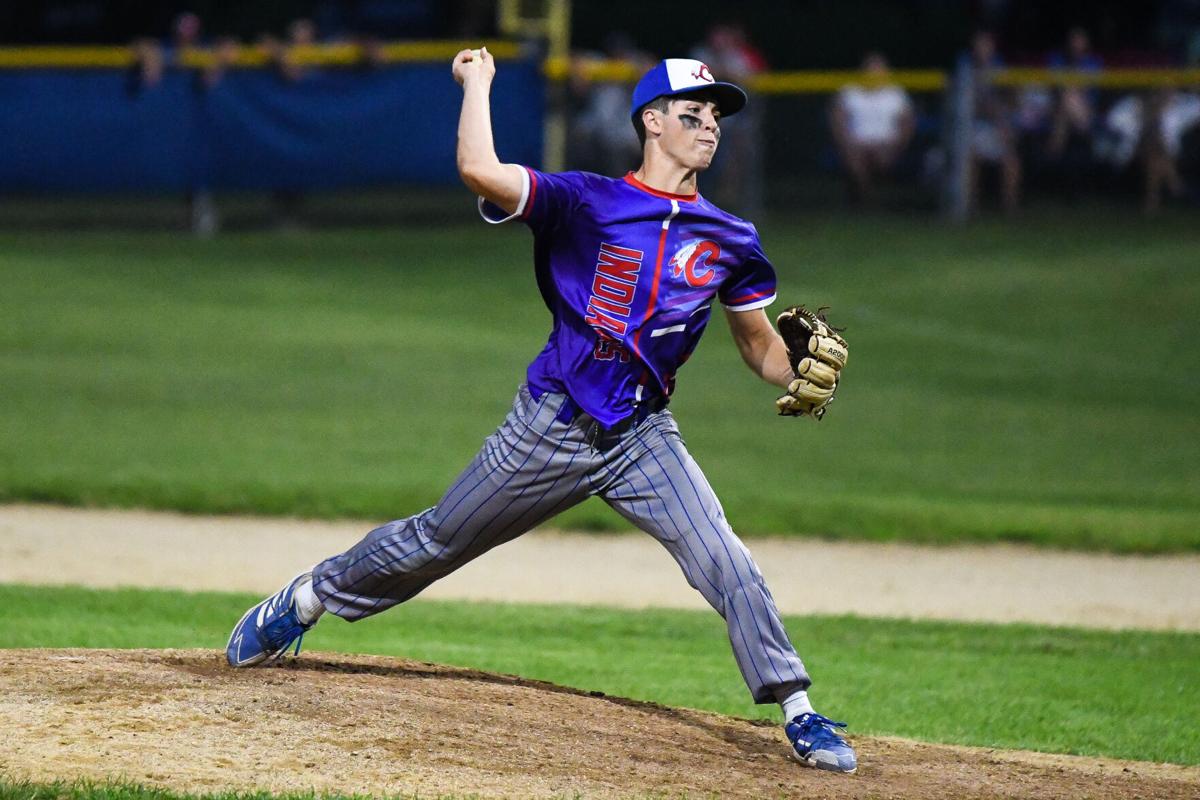 Camanche sophomore Garrett Schultz delivers a pitch during the top of the seventh inning during Camanche’s district win over Wilton.

Camanche senior Kyle DeWeerdt reacts after teammate Tucker Dickherber hit a two-run home run in the sixth inning for the Indians during their 9-1 win over Wilton Saturday night.

Camanche sophomore Garrett Schultz delivers a pitch during the top of the seventh inning during Camanche’s district win over Wilton.

CAMANCHE – There was no questioning the Camanche Indians’ baseball team and their readiness on Saturday night as they rolled over Wilton 9-1 to win the Class 2A District 10 title and move on to the substate game for the second time in three seasons.

The substate final will be Tuesday night.

“We’ve been working for this for so long,” senior Brayden Lodge said. “We’re back where we want to be and we’re ready for Tuesday. Definitely.”

The Indians were coming off of a hard-fought walk-off win over West Liberty in the district seminal where they left a number of runners stranded and chances untaken. Satuday at Gus Witt Field was a different story.

“It was huge for us,” junior Tucker Dickherber said. “We know how hard baseball can be on us mentally. It was a big win overall, gave us a lot of confidence, but this game is over and now we’re looking ahead to Tuesday.”

The Indians jumped on top in the first inning, scoring two runs to take a lead they would never relinquish.

They added on to that lead through the rest of the contest, scoring another in the third. Camanche scored three runs in each of the final two at-bats, including a solo homer from Kyle DeWeerdt and a two-run homer from Tucker Dickherber.

“In practice lately we’ve been saying how I’m not a homer run hitter,” Dickherber said after the game. It was his first long ball this season. “It’s just not the style I play. It was good for me to have that and I think it was great for our bats to come alive over all. It was a really big win for us, especially with what happened last year.”

Mike Delzell batted in two runs, while Brayden Lodge and Dickherber had two RBI each.

“All week in practice we worked on our approaches in the cages and on the field,” Lodge said. “All week we worked hard to make sure we could get those extra runs in and secure the win.”

The pitching duties were shared between Mike Delzell, Zach Erwin and Garret Schultz, who put together a 4-hit game between the three of them. The trio struck out 11.

“A lot of us have been playing our whole lives,” Dickherber said. “We’re made for these situations. Any ground ball, any fly ball, I know we can make plays. Our pitching has been phenomenal.”

The Indians will play for a state bid on Tuesday night in Solon, taking on Beckman Catholic. The Indians were in the substate final two seasons ago and fell by one run to West Branch in the seventh inning.

Last season, the Indians were upset in the district final, missing the substate game.

The senior class knows they’ve learned from their postseason experience and will take those lessons with them into their substate game Tuesday night.

“I would say[we’ve learned] just to keep calm,” Lodge said. “The postseason is crazy and anything can happen at any time, it’s insane. It will be a good atmosphere, a good team, it’ll be a great game because we both made it here. We’re ready for Tuesday.”