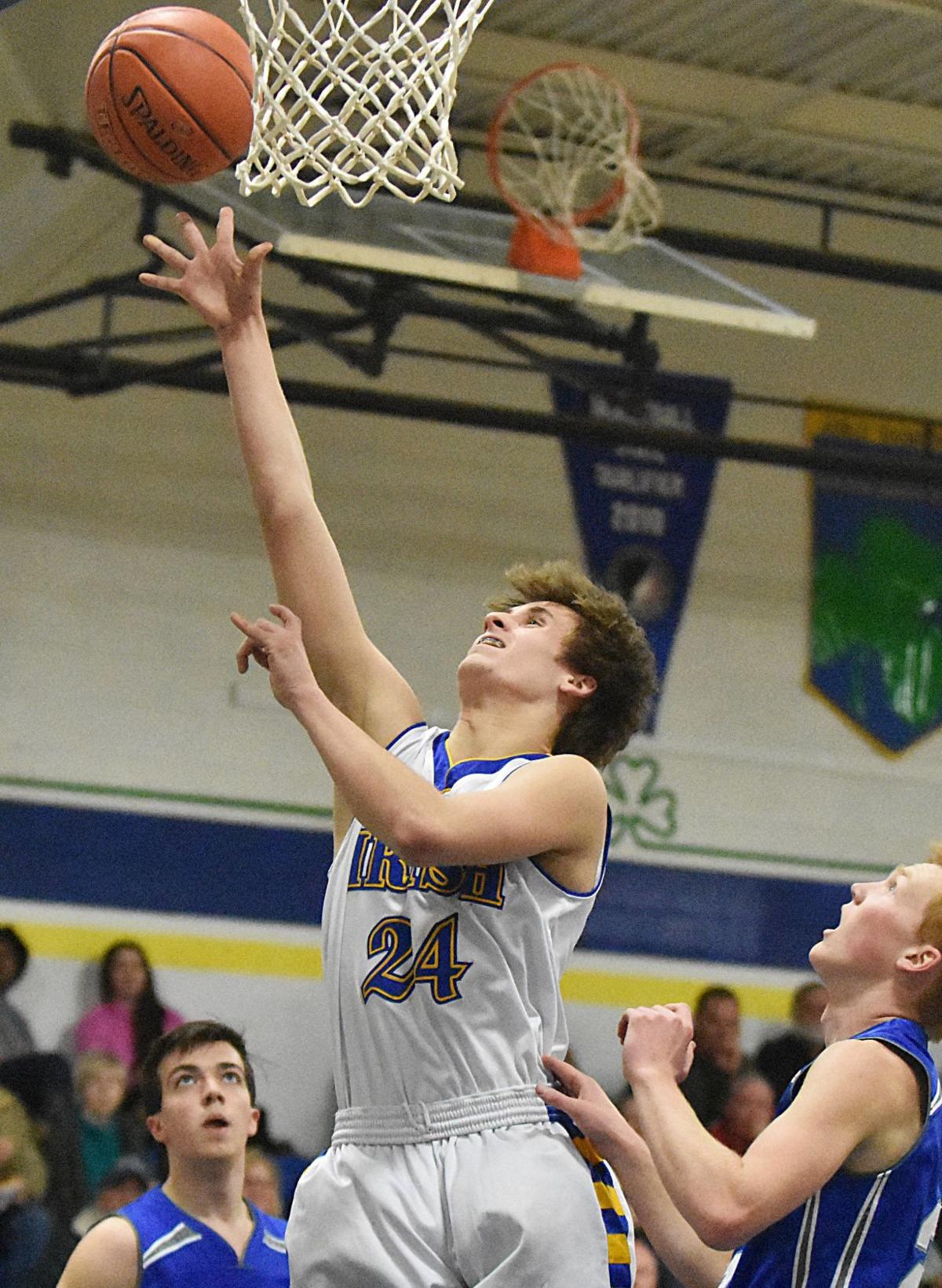 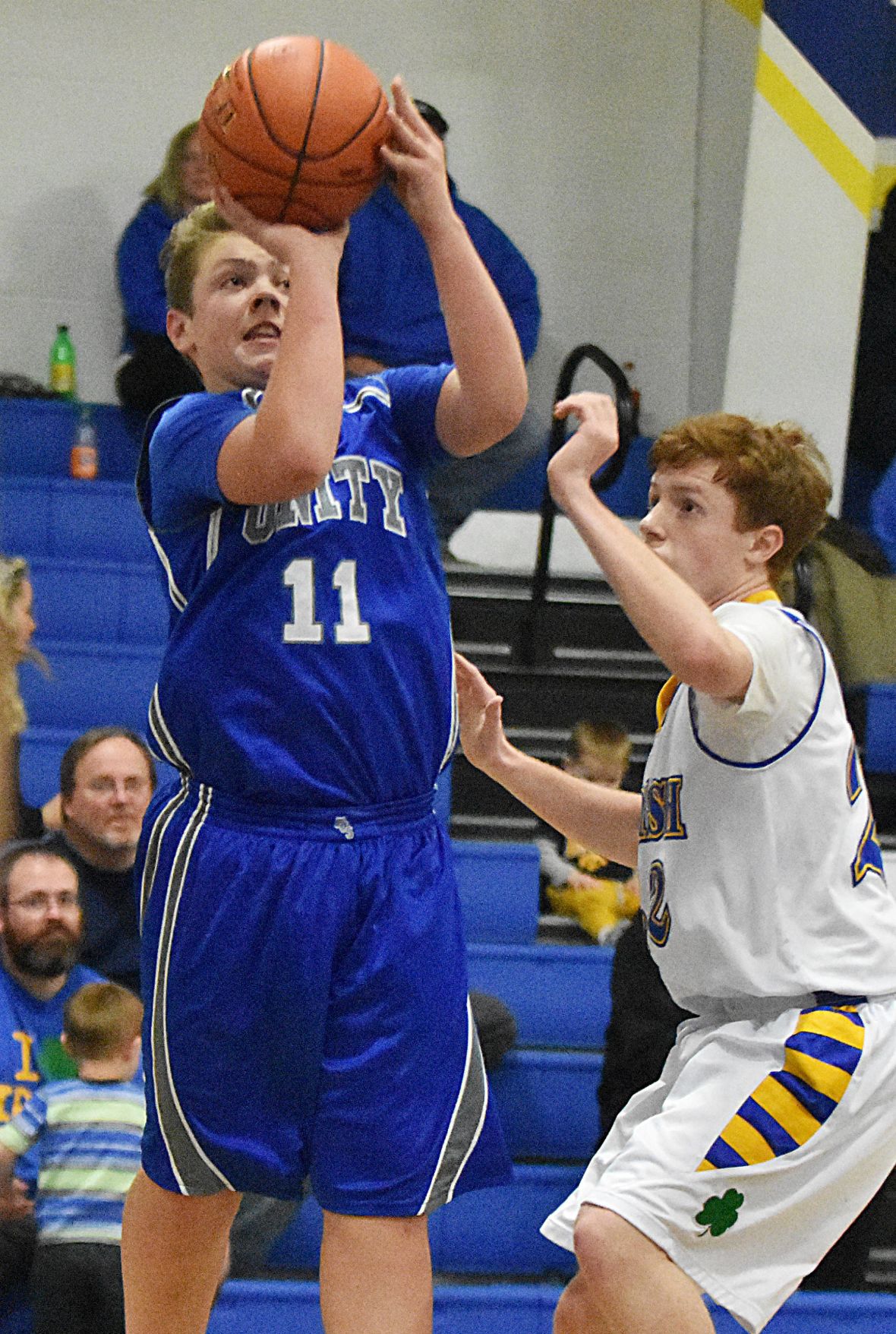 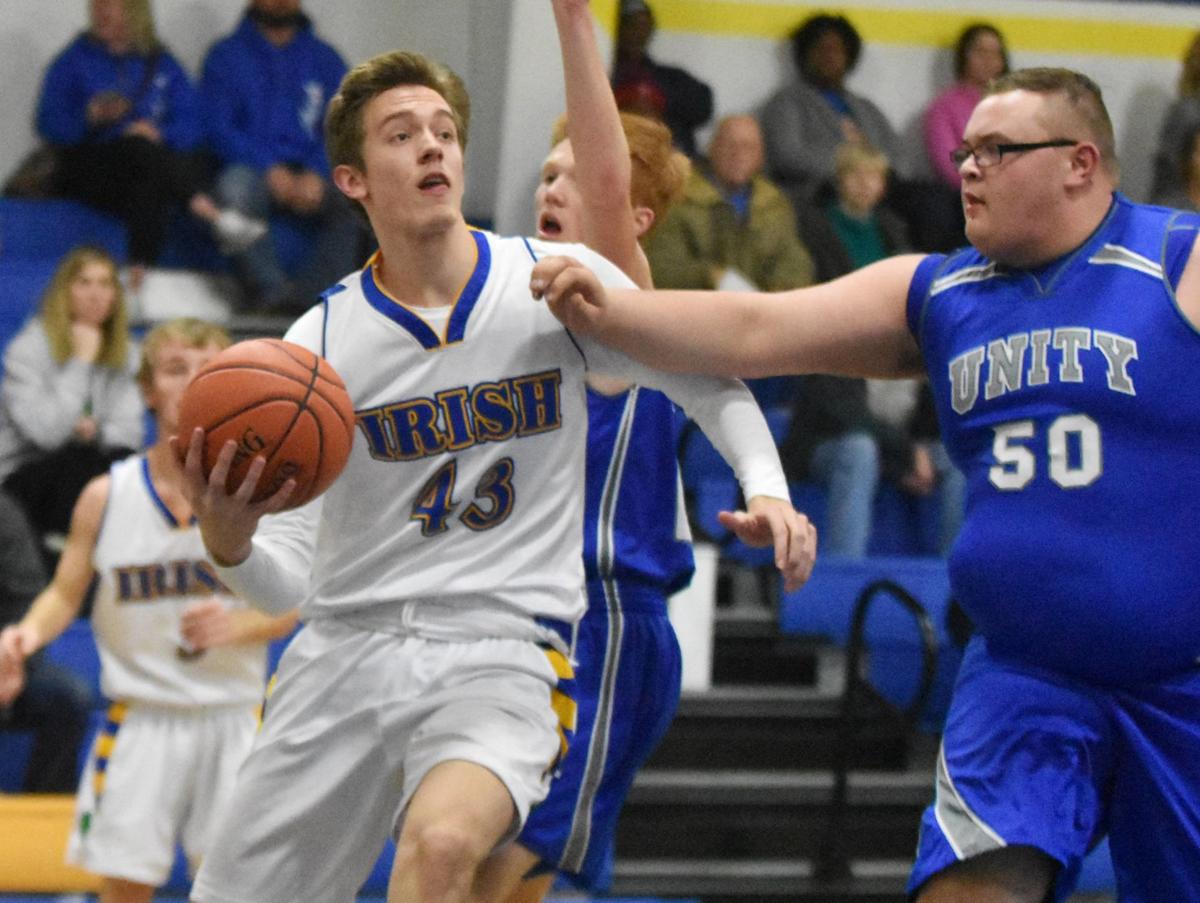 Prince of Peace’s Nate Moeller looks for pass on the baseline while guarded by Aaron VanderEide. 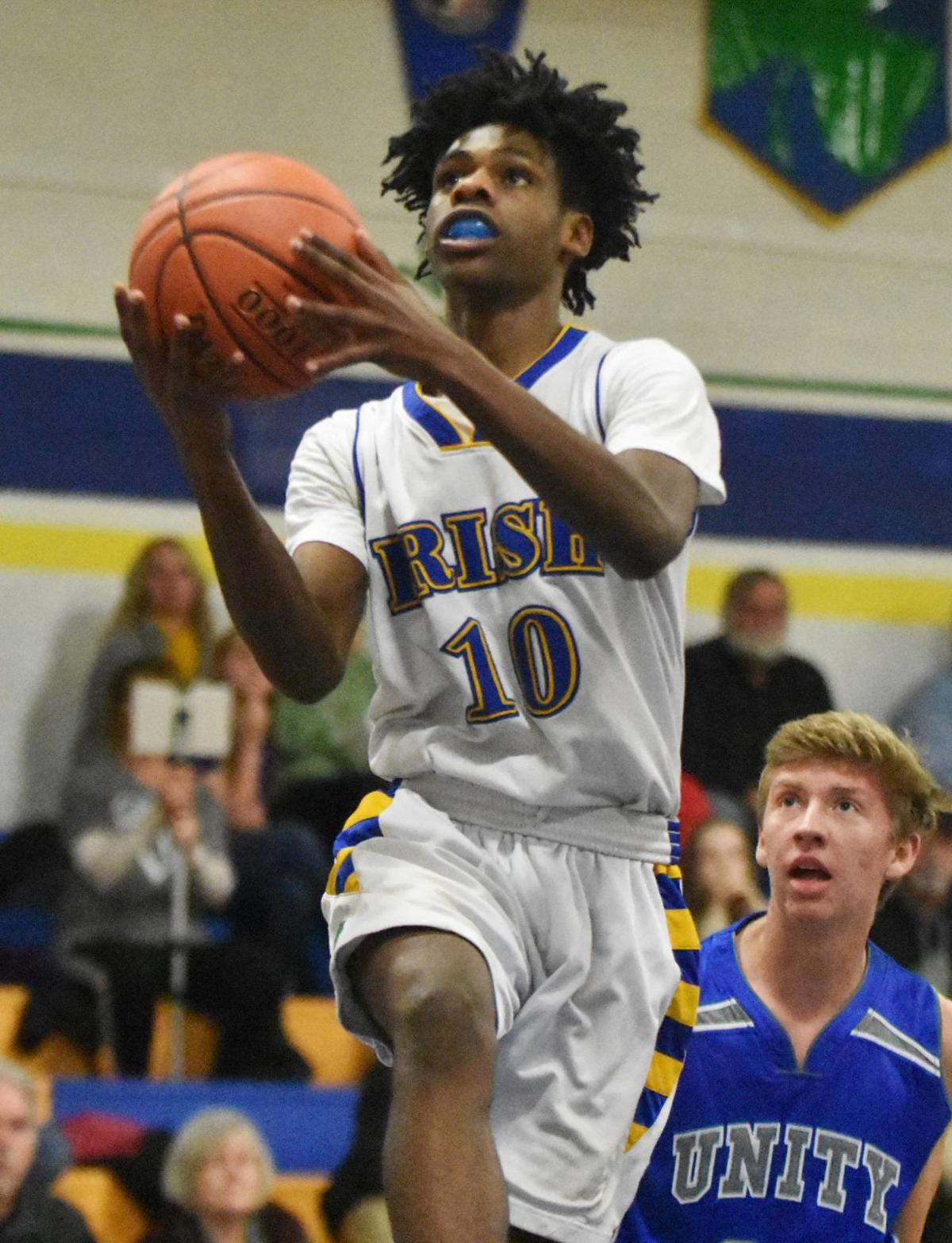 Prince of Peace’s Nate Moeller looks for pass on the baseline while guarded by Aaron VanderEide.

CLINTON – The Prince of Peace boys were looking for a confidence boost.

As of Thursday, the Irish had yet to win a game. Along with that 0-5 record, they had lost two of those games by just one point.

That changed with a non-conference matchup on Thursday night at the Joe O’ Donnell Sports Center. Prince of Peace rolled over Unity Christian 71-34 in the first of back-to-back games to end this week.

The Irish came out fast with their starting five, notching two quick steals and scoring on both.

Big offensive rebounds added to their fast breaks, sending them zooming ahead of the nights. By the end of the quarter, they led 21-13.

They added to that fast in the second quarter, keeping the Knights to single digits.

The second half gave the starters more of a break while the bench crew got heavy minutes. Still, they stayed ahead of the Knights and took the opportunity to work on a number of things, including plays.

“We wanted to slow it up and kind of work on our zone offense,” Murphy said. “Ran some things we wanted to work on, things we talked about in the walk through.”

Still, there were things the Irish need to work on before returning to their normal conference schedule with Iowa schools, The had some unforced turnovers and some defensive lapses.

“Defensively, we’re still not where we want to be,” Murphy said. “We knew they were right-hand dominant and still they were beating us off the dribble.”

For the Knights, it was a good test before returning to the Northern Illinois Christian Athletic Conference.

“It should help us strengthen our conference play,” head coach Jeff VanderEide said. “It’s a bigger court than we’re used to and the running took a toll on us. That’ll help us. Plus playing different competition and seeing different talent helps us in the long run.”

They struggled a little bit in the first half with keeping the ball safe. Ty Bickelhaupt does a lot of the ballhandling for Unity Christian, but VanderEide knows that under pressure, others have to be able to step up.

The Irish stole the ball nine times in the first half alone.

“We have a young crew and it takes a little bit for them to get used to handling the pressure,” VanderEide said. “Definitely something to work on.”

Plus, the rebounds were something he’s watching as well. After giving up points to the Irish like they did, it’ll be a focus moving forward. They don’t have much height outside of Aaron VanerEide.

“They were fast breaking on us because we were letting them get the rebounds,” VanderEide said. “We’ve worked a lot and preached a lot on boxing out. They were better than they have been in some games, but it’s something we definitely need to focus on.”

Prince of Peace (1-5) will go on to play Cedar Valley Christian on the road on Friday, returning to Tri-Rivers Conference play. They’re still looking for that first conference win.

Unity Christian breaks for the holidays, returning to action on Jan. 3 at the Galesburg Christian tournament.