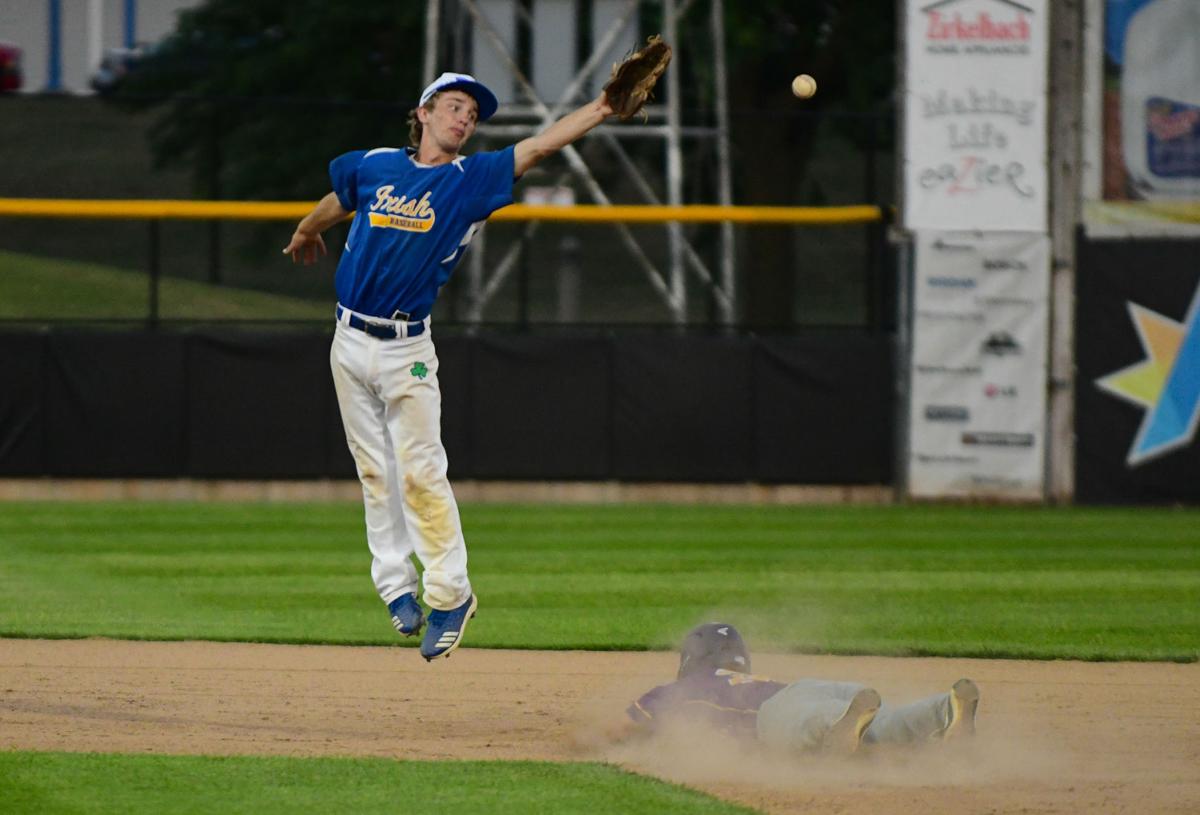 Prince of Peace’s Gage Ruden leaps for a ball while an Alburnett runner slides into second during the Irish’s doubleheader loss to the Pirates on Wednesday night at NelsonCorp Stadium. 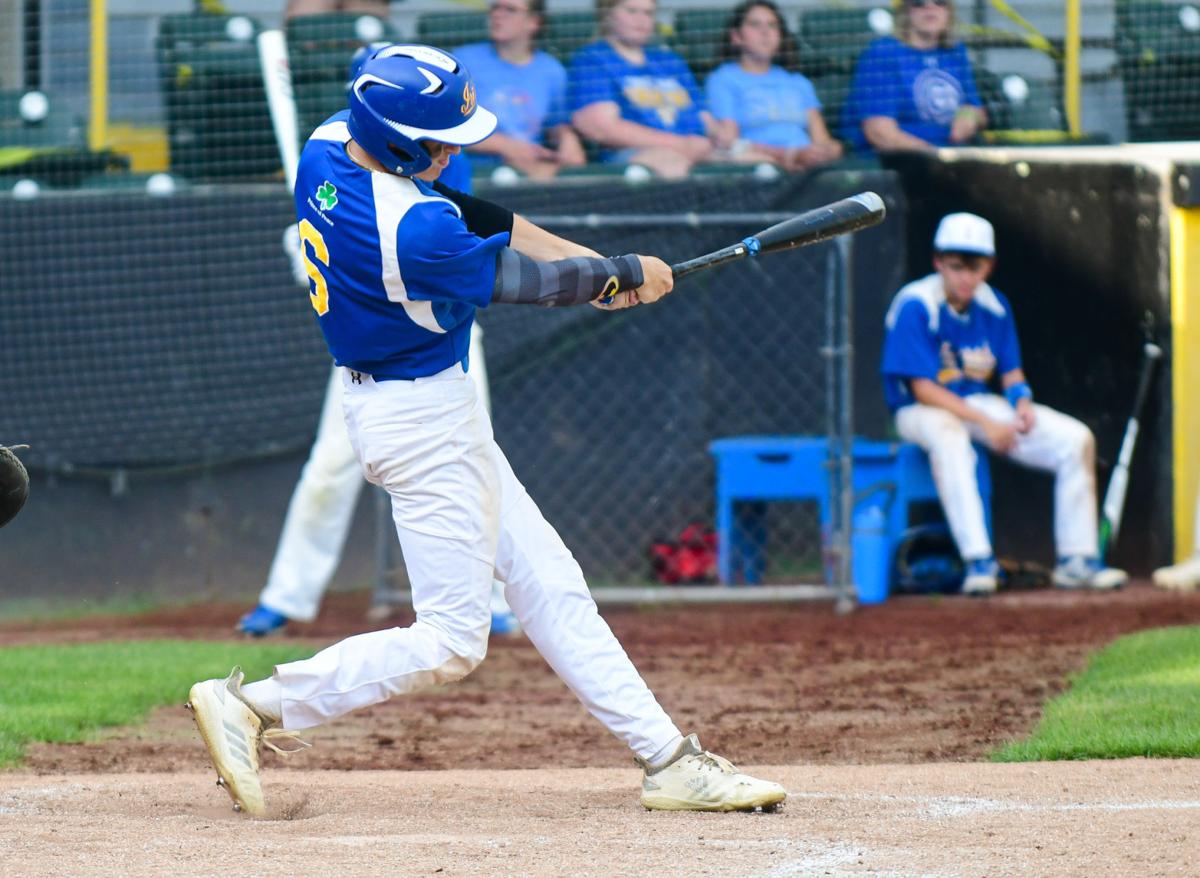 Prince of Peace’s JR Wauford swings at a pitch during the Tri-Rivers Conference doubleheader versus Alburnett on Wednesday.

Prince of Peace’s Gage Ruden leaps for a ball while an Alburnett runner slides into second during the Irish’s doubleheader loss to the Pirates on Wednesday night at NelsonCorp Stadium.

Prince of Peace’s JR Wauford swings at a pitch during the Tri-Rivers Conference doubleheader versus Alburnett on Wednesday.

CLINTON – The Prince of Peace Irish baseball team didn’t have much click on for them Wednesday.

Free bases and a stagnant offense plagued the Irish, who fell to the No. 5 Alburnett Pirates 20-3 and 16-0 in a Tri-Rivers Conference doubleheader at NelsonCorp Field.

Even though they knew they would have their hands full, first year head coach Skylar Sanford still wanted to see a quality game from his young team.

“Initially I told them let’s just try to string some baseball together,” Sanford said. “Just go out there and play baseball. I knew they’re looking up online stats and stuff but I just said cut down the errors and get the bats rolling.”

Sanford had a reason for that. Because the Irish see Alburnett this weekend, he had to watch the pitch counts on all of his pitchers. With just 11 men on the roster, he really had to put everyone on the mound to make sure he had wiggle room for district play.

“I was throwing guys in and out,” Saford said. “It’s a puzzlepiece and it’s tough with 11 guys.”

In that time, free bases caused the biggest damage. In their 20-3 loss in Game 1, the Irish gave up 18 bases through walks and hit batters, plus saw multiple Pirates cross home plate on passed balls and wild pitches.

The Irish garnered just three hits in that first game. Brody Dehner led off the game with a single, but the next contact wouldn’t come until the last inning of play.

Kyler Wallace hit one, eventually coming in on a wild pitch on his own. That came in the fifth inning. A pair of errors by Alburnett then loaded the bases, with the Alburnett pitching walking in the second run. A screaming base hit from JR Wauford scored the third.

“What I’ve noticed is if they have a little bit of speed we just kind of cower,” Sanford said. “That could just be age, we have a very young team. It’s just the way the cookie crumbles. We’re improving, and that’s all you can ask for.”

In Game 2, the Irish once again recorded just four hits, bringing none of those runners around.

While the Alburnett scoring started slower, a 7-inning fourth inning put the Pirates up 13-0 and put the game out of reach quickly. Pitching fatigue quickly became a factor, as did pitch counts once again. A pitcher can only throw 40 pitches if they’re going to pitch on Saturday.

Prince of Peace celebrated Senior Night as well on Wednesday, recognizing Gage Ruden and Evan Tiesman before the game began.

The Irish see the Pirates again this week. The two meet in the first round of the IAHSAA districts, where Alburnett holds the No. 1 seed in the Class 1A District 7 bracket. Prince of Peace gets the two-hour bus ride for the 7 p.m. first pitch.

“Honestly, Kyler [Wallace] pitched lights out against Cal-Wheat,” Sanford said. Wallace is one of the few upperclassmen on the roster. “If he can be on on Saturday and we play some defense, we might be looking at a nice shot. That’s kind of what we’re hoping for.”