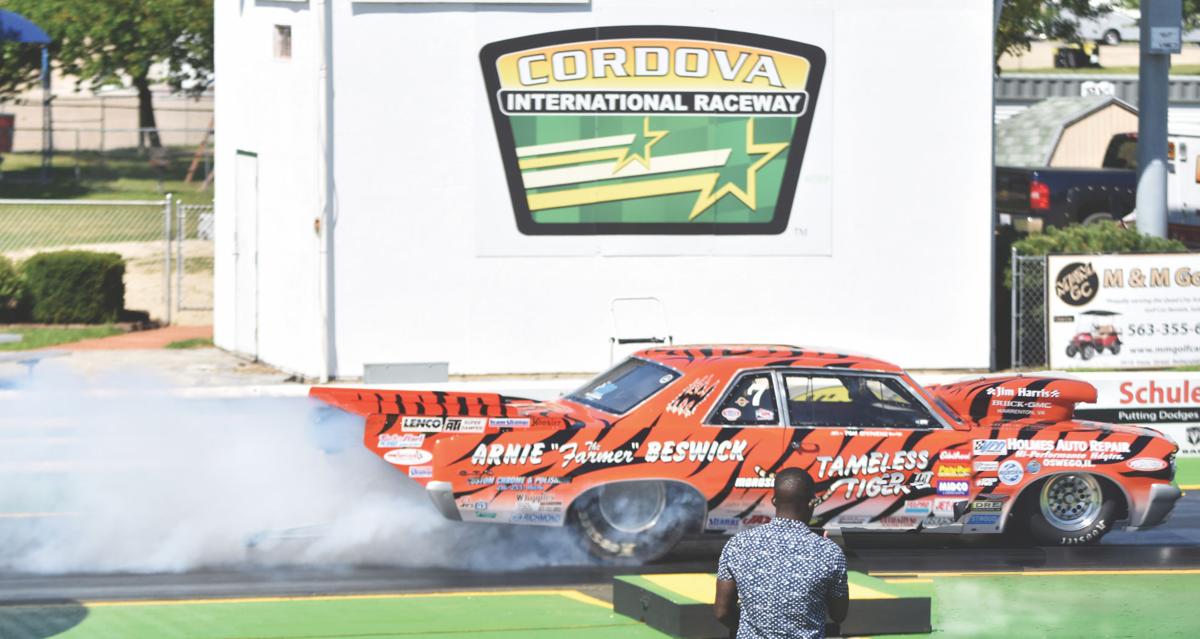 Arnie “The Farmer” Beswick does a burnout on Thursday morning for media in preparation for the 66th Annual O’Reilly Auto Parts World Series of Drag Racing at Cordova International Raceway. The event starts Friday morning. 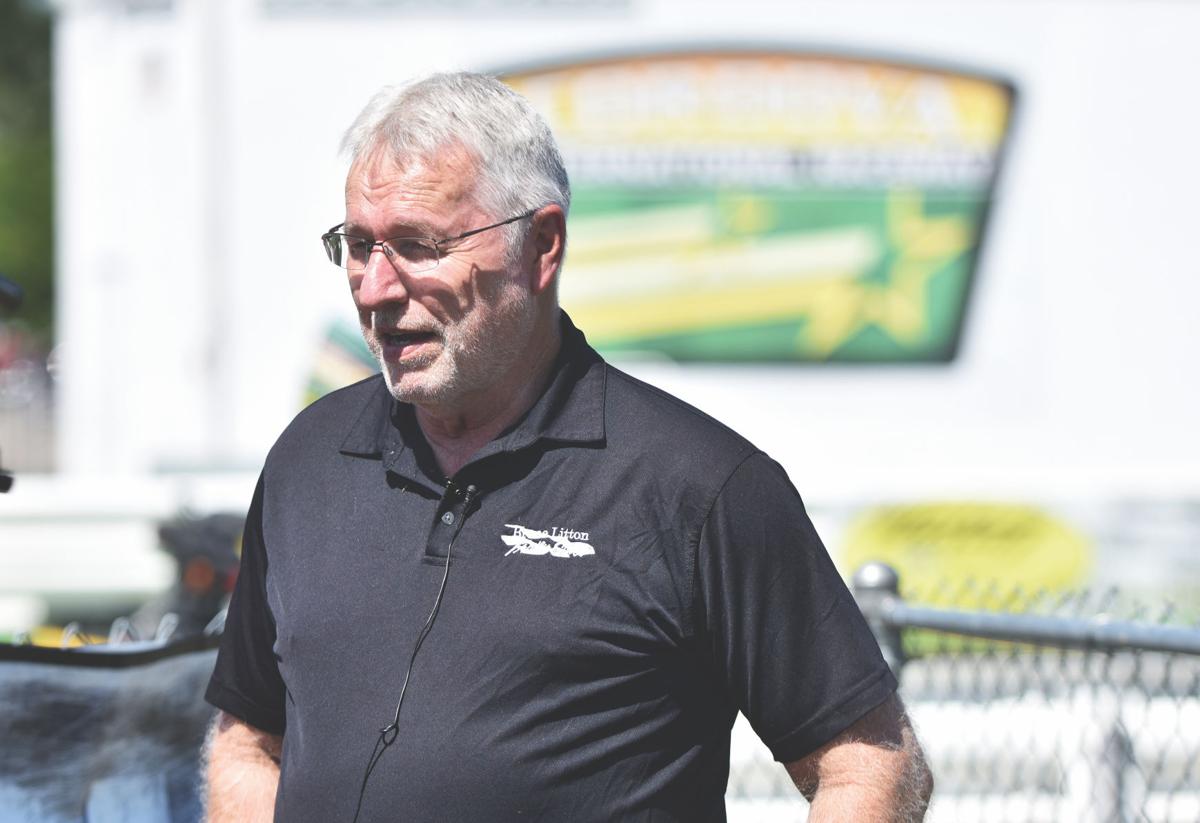 Two-time IHRA World Champion Bruce Litton speaks to the press ahead of the kick off of the World Series of Drag Racing on Friday. 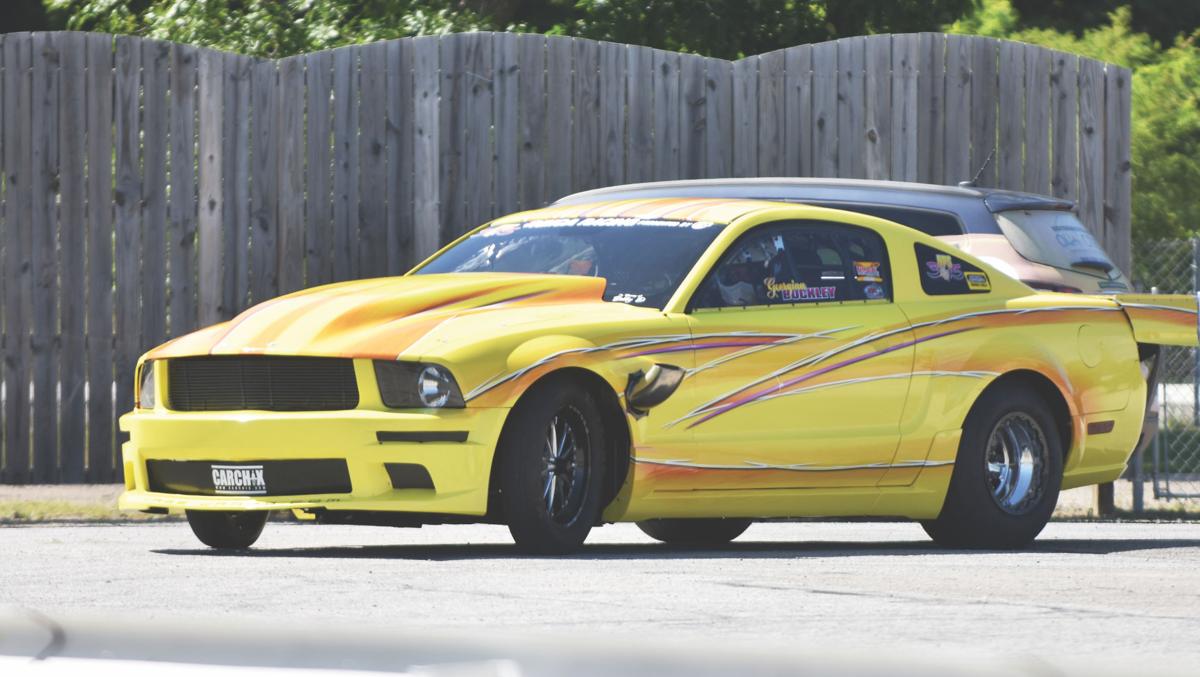 Carie Kuehn/Clinton Herald The media got a taste of what’s to come this weekend when racers too a run at Cordova International Raceway. The 66th Annual O’Reilly Auto Parts World Series of Drag Racing kicks off Friday morning.

Arnie “The Farmer” Beswick does a burnout on Thursday morning for media in preparation for the 66th Annual O’Reilly Auto Parts World Series of Drag Racing at Cordova International Raceway. The event starts Friday morning.

Two-time IHRA World Champion Bruce Litton speaks to the press ahead of the kick off of the World Series of Drag Racing on Friday.

Carie Kuehn/Clinton Herald The media got a taste of what’s to come this weekend when racers too a run at Cordova International Raceway. The 66th Annual O’Reilly Auto Parts World Series of Drag Racing kicks off Friday morning.

Racers and vendors flooded Cordova International Raceway (CIR) Wednesday morning, filling up the concourses and the campground in preparation for the area’s biggest motor event.

And it just so happened to be a gorgeous August day at that.

“We’re so excited,” CIR president Dominic Blasco said. “You can expect, with the great weather that we’re having … we’ll have 25,000 people on the grounds.”

Some of those included past champions Del Worsham and Bruce Litton. Worsham has been to the World Series six times, and keeps coming back.

“I first started coming here in the mid-2000’s. The crowds here were outstanding and I kind of saw what it was all about,” Worsham said. “To be from Southern California and to get to come out here and compete at this event is pretty special.”

Just because it’s a smaller venue doesn’t mean the pros don’t want to race this particular stretch. In fact, in weather like this you can expect records to fall and cars to be hitting top speeds.

“The track surface is just about as good as anywhere we race,” Worsham said. “We come here and it’s not like we have to slow our car down. We can run as fast here as we run our next. Coming here helps out with the tuning of the car, making sure everything is up to speed and put on a show for the fans.”

Worsham has been World Series champion a handful of times since coming to this event. As part of the main show with the Nitro Funny Cars, winning is nothing he takes lightly.

“It’s one of the things I bring up on my resume,” Worsham said. “I come here every year, make sure I’m prepared and perform the best I can to win. I’m sure my competition feels the same way.”

Litton has been back at the event time and again as well. His favorite part about it is it’s rich history, especially in the heart of Illinois.

“It’s the oldest drag race, and the nostalgic part of it makes it worth coming,” Litton said. “The fans here are really involved and makes it fun to come. It’s just a great atmosphere.”

Racing a Top Fuel Dragster, Litton says the competition that comes to each annual race is nothing to look past. It’s part of what makes racing at CIR exciting for the racers and the fans.

“Generally, everyone who comes here is pretty well known and they’ve had a lot of success,: Litton said. “If you race against someone who’s had success it brings the best out in you. You go out, put your best foot forward and put on a good show and that’s what makes it fun.”

Tickets, which can be purchase at O’Reilly Auto Parts locations, are still available as are new VIP seats where you can get an up close and personal view of each matchup.

When the main shows begin on Friday and Saturday, it will be wall to wall people at the track in the middle of rural Illinois.

“These cars are unbelievably fast and unbelievably powerful,” Litton said. “There’s so much adrenaline by the time you get to the starting line.”

Everything from the rumble of the engines to the smell of the nitro excited, and there is a buzz and adrenaline that racers know, even from the safety of their race car.

“I definitely look at the crowd and you can tell people are excited,” Worsham said about being on the starting line. “People spend their hard earned money to come here, you want to put on a good show. Everyone’s eyes are burning, you can see people teared up, feel the ground shaking and fire shooting out of the pipes, and we’re going over 300 miles per hour. I just want to put on a show and give people the experience they expect.”

And when the tree hits green and the cars take off, it’s not just a visual treat for fans. Like Litton stated: it’s a sport you can see, taste, smell and feel.

“It heightens all your senses,” Litton said. “And if you’ve never been around one of these cars and they’re going down the track, it feels almost like they’re trying to rotate the earth.”