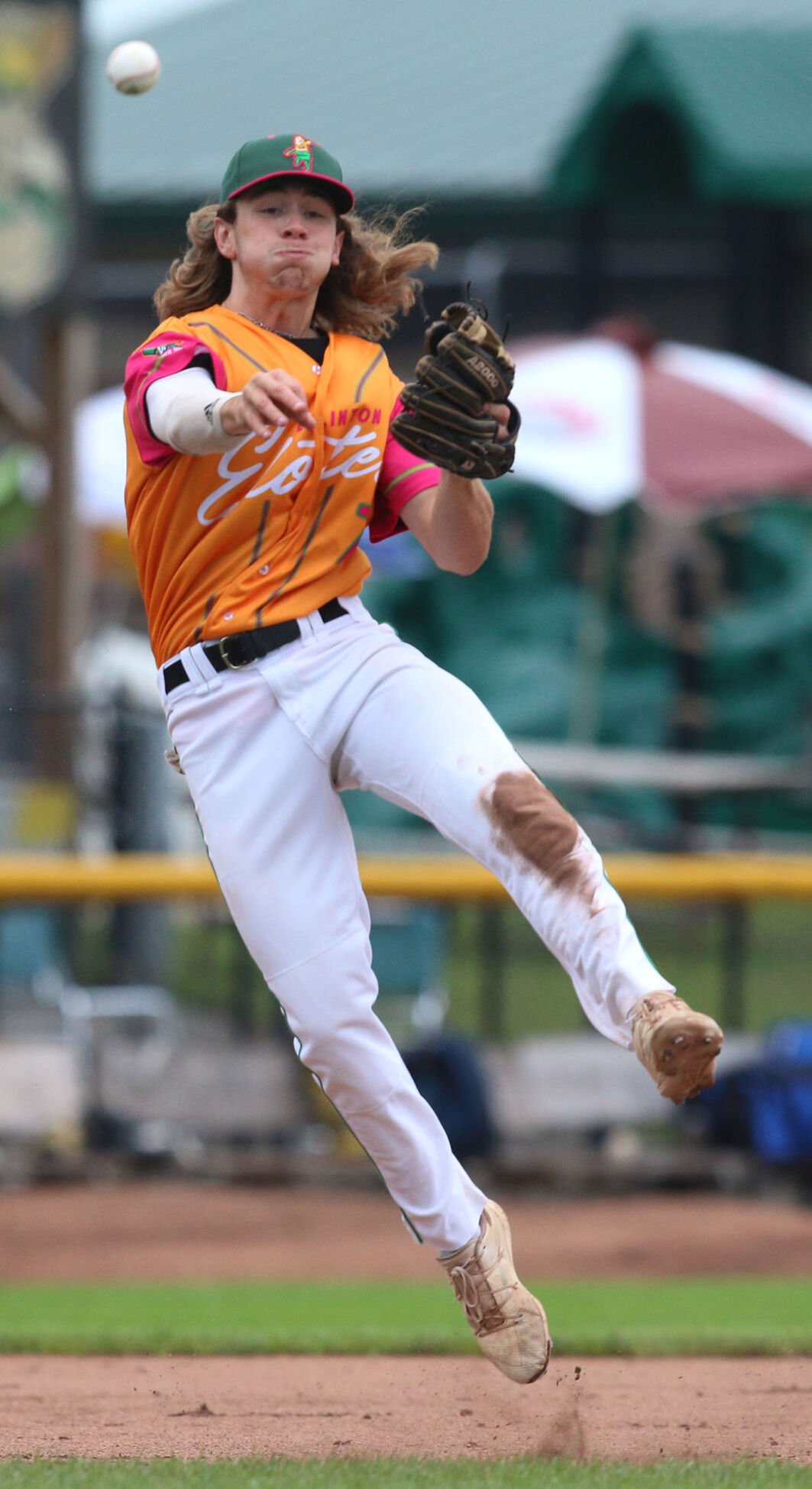 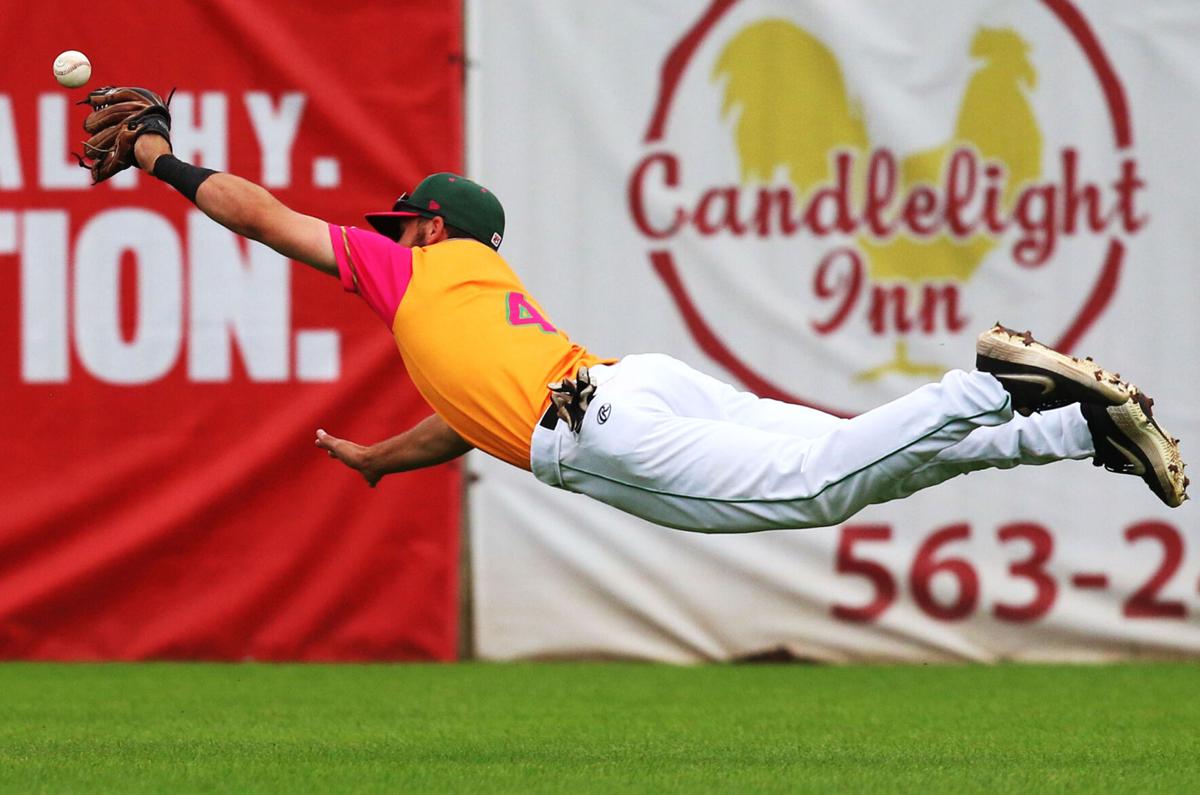 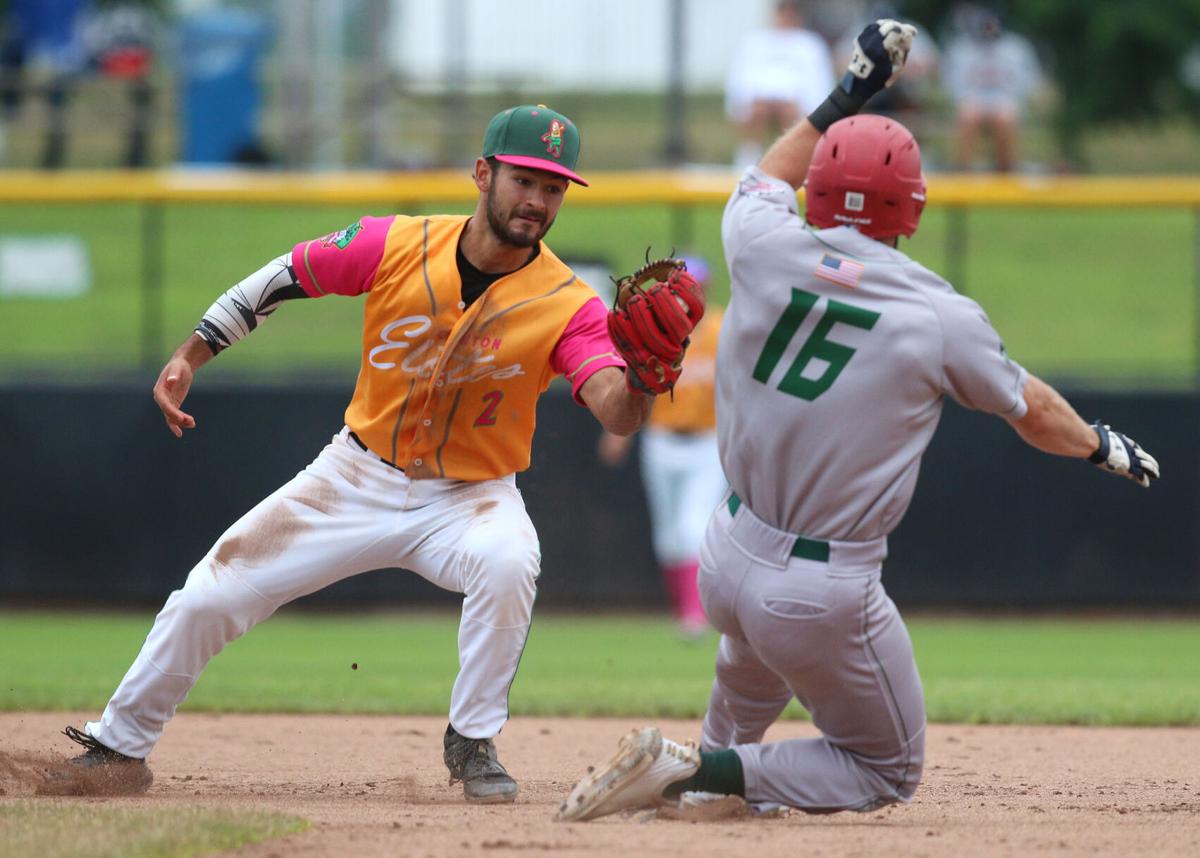 With the bases loaded and one out, Izaya Fullard just wanted a good swing on the ball.

So that’s exactly what he did.

Fullard hit a three-RBI, bases-clearing double in the eighth inning and helped the Clinton LumberKings to a 9-3 win over the Alton River Dragons Sunday at NelsonCorp Field.

“I got into a good hitter’s count and I knew we had the bases loaded — I didn’t want to roll into a double play, so I was trying to get something elevated,” Fullard said. “He left a fast ball over the plate and I just put a good swing on it.”

Fullard finished the day 2-for-4 with four RBIs, a run and a walk. Also having a big day at the plate was Brett McCleary, who went 4-for-5 with three RBIs and a run.

Clinton led the whole way, taking an early 2-0 lead and hanging on the rest of the way.

“We broke it open late, which is good to see,” Clinton manager Jack Dahm said. “We were really playing for one run that last inning. We always want to be up by three runs going into the last inning and give the pitcher a little bit of a break ... We were fortunate enough to break it open.

“Izaya and Brett came up with some big swings with the bat. Brett had a lot of good at-bats today.”

Clinton pitcher Jackson Kent got the win on the mound, tossing five innings with two earned runs, one walk and six strikeouts. Kent, who just graduated high school and will attend University of Wisconsin-Milwaukee this fall, is a 6-foot-3 lefty with a 3.86 earned-run average. He’s added a changeup to his pitching repertoire recently that Dahm said has helped him on the mound.

“He made some huge pitches during that game,” Dahm said. “He worked through a couple situations — for a senior in high school to be able to do that at this level is very, very impressive. He just continues to impress me. He’s got tremendous composure, he’s got a great fastball that runs, he gets a lot of swings and misses.

“He has a chance to be a special player down the road.”

Matt Scherrman had an RBI for Clinton and Cam Kennedy hit his first home run of the season over the right field wall in the fourth inning.

The LumberKings play the Normal Cornbelters in a doubleheader Tuesday on the road starting at 5:35 p.m.

In Saturday’s contest at NelsonCorp Field, Daunte DeCello, Brett McCleary and Brayden Frazier each had RBIs. Collecting hits for the LKings were DeCello (3-for-5), Max Holy (2-for-4), Izaya Fullard (1-for-5), McCleary (1-for-4, home run), Anthony Mangano (1-for-2).

Alton pitcher Alex Redman (4.64 ERA) got the win on the mound, tossing 5 and 2/3 innings with six hits, five earned runs, five walks and five strikeouts. Tyler Bell (3.66 ERA) picked up the save in 1 1/3 innings with three strikeouts.