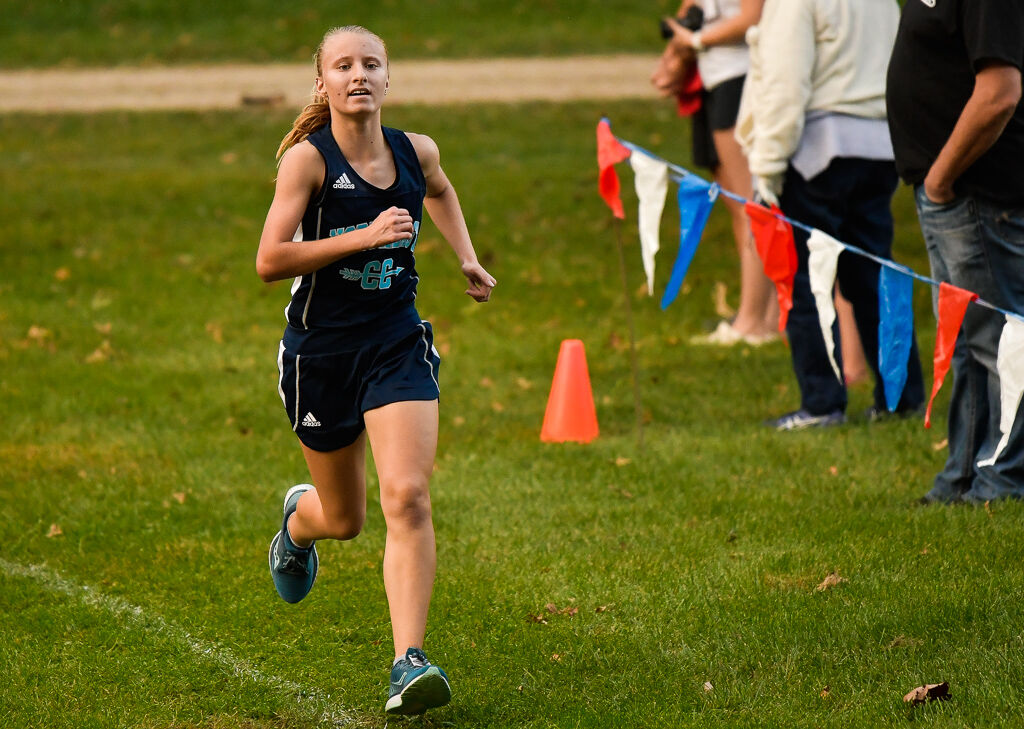 Northeast’s Faith Ketelsen runs during the Jim Hetrick Invite on Oct. 8 in DeWitt. 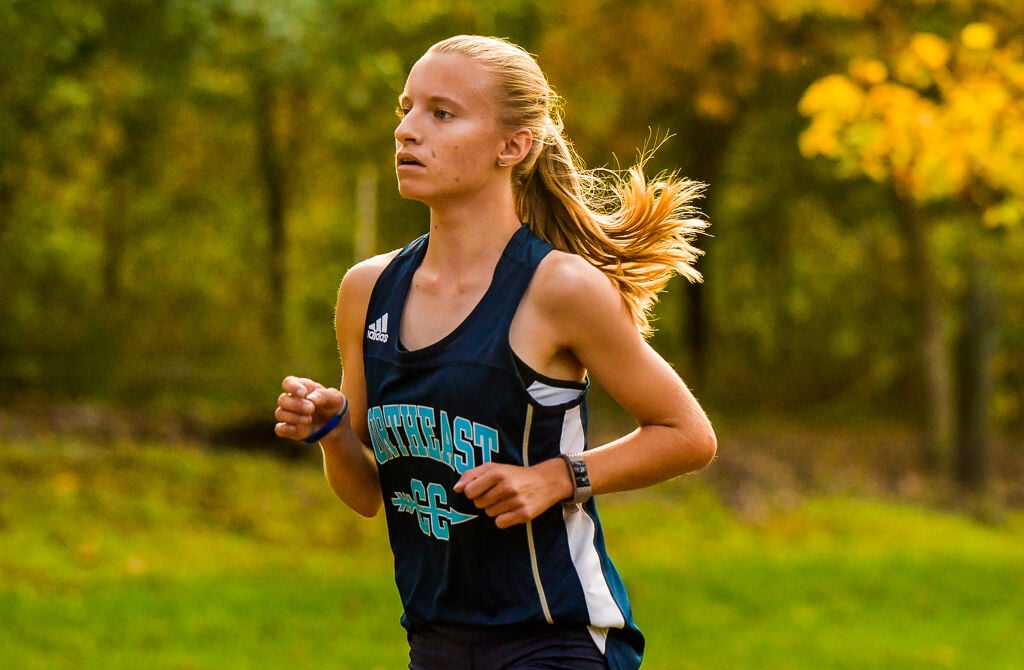 Northeast’s Grace Ketelsen runs during the Jim Hetrick Invite on Oct. 8 in DeWitt.

Northeast’s Faith Ketelsen runs during the Jim Hetrick Invite on Oct. 8 in DeWitt.

Northeast’s Grace Ketelsen runs during the Jim Hetrick Invite on Oct. 8 in DeWitt.

Grace and Faith Ketelsen seem identical in every way.

The sophomore twins from Northeast sport the same blonde hair, the same runner’s build, the same quiet demeanor and bubbly smiles. They even tend to finish each other’s sentences.

“We’re always trying to help each other and trying to inspire the other,” Grace and Faith said together.

But of course, there are plenty of differences. Some of those came out on the XC courses.

“We’re always very competitive,” they said together with a laugh. “That helps us push each other.”

Grace was always a runner. She loved the sport and has been doing it since she was a middle school student. Faith on the other hand tried her hand at volleyball.

When they started freshman year, Grace was immediately on the courses. Faith decided to follow suit.

“She inspired me,” Faith said. “I got sick of volleyball and I thought I would go try cross country with her. I ended up liking it.”

Grace definitely had the advantage their freshman year. She had already mentally and physically adjusted to the grueling cross country season. Grace was even close to a state berth.

Their times have moved ever closer with the progression of the current cross country season.

“She’s always been faster than I am and it can be hard for me to persevere through that,” Faith said. “But it’s getting easier as I’m catching up to her this year.

“Mentally, I wasn’t really with it. I was new and had no idea what I was doing and was trying to get my brain there. This year, I’m really happy getting a couple minutes faster.”

At last week’s Jim Hetrick Invitational in DeWitt – the last regular season meet before conference and districts – Grace clocked in just under 22:00. Faith was less than 25 seconds behind her sister.

At the River Valley Conference meet on Tuesday in Monticello, Grace finished at just over 21:00 and Faith finished almost 15 seconds past 22:00.

“It helps us push each other,” Grace said. “We practice together every single day and it doesn’t matter who is in front because we’re pushing each other.”

After missing state as freshman, the pair watched their teammate Cenady Soenksen make an appearance in the Class 2A race for the Rebels. Watching Soenksen represent Northeast in Fort Dodge gave the Ketelsen twins another little push for the 2020 season.

“Really watching Cenady made me want to push myself harder,” Grace said. “I missed it last year by a small bit, I was so close. I knew this year I would have to work harder and that’s what I’ve done. I feel good about it and I’m really excited about what’s to come.”

The pair immediately started running this summer when softball ended in order to get a head start on the season. It’s shown with their times. Between last year’s Jim Hetrick Invite and this year’s, both girls dropped nearly 30 seconds from their race.

“I think they have improved a lot, all around, running,” Northeast head coach Trenton Weaver said. “Their capabilities of running a good time each race is great, but their character is, too. They’ve led as teammates to keep pushing each other and also to push the team. They’ve grown both running wise and leadership wise and I couldn’t be more proud of them.”

The three top runners for the Rebels, Soenksen and both Ketelsens, are all sophomores. So even if things don’t go their way at Tuesday’s state qualifying meet, they have two more seasons to keep improving.

Luckily, Grace and Faith will always have that teammate by their side to keep them motivated.

“The three of them have done awesome together,” Weaver said. “They push each other at practice and I’m very excited to see where the next couple weeks take them.”

The Rebels run for their chance at state at Williamsburg on Tuesday, Oct. 22.