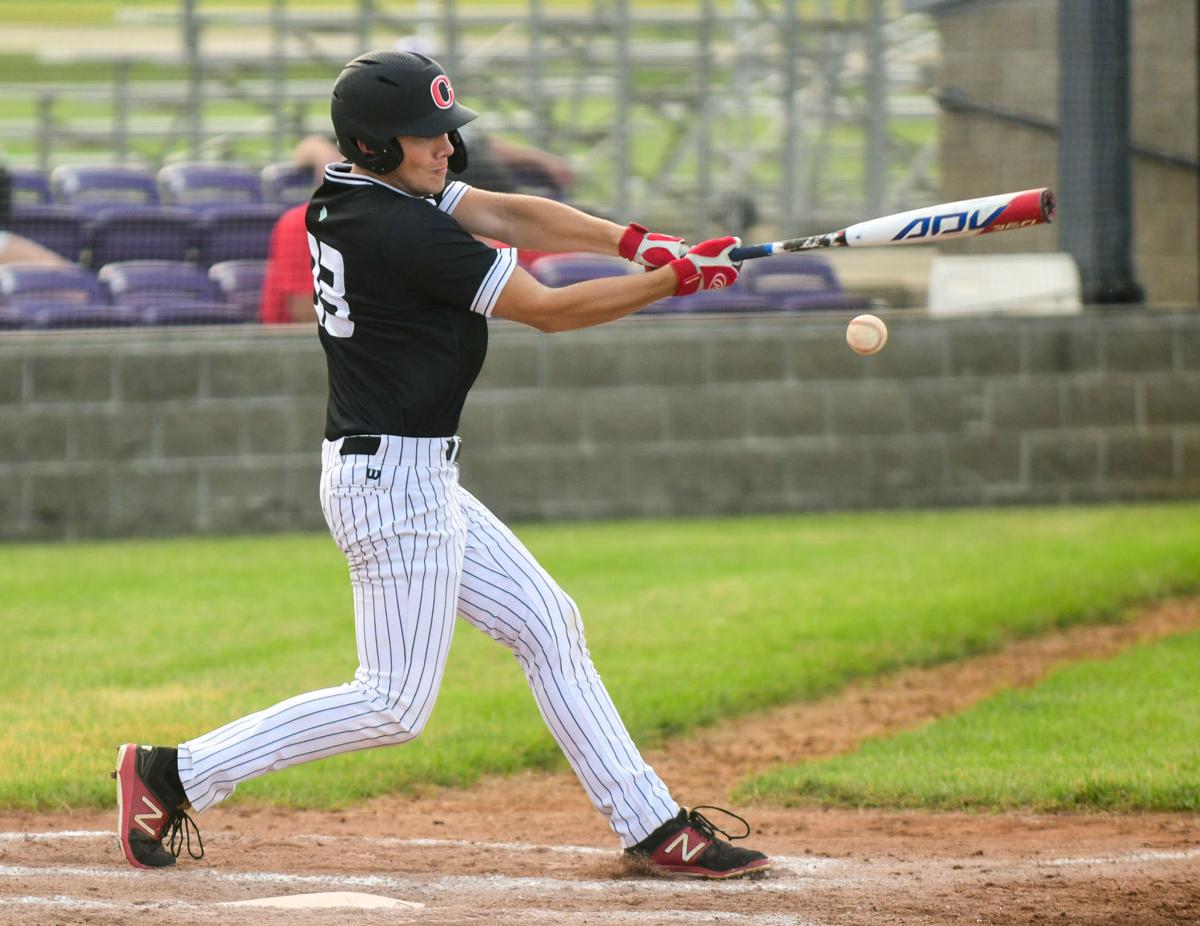 Clinton sophomore Seth Dotterweich swings at a pitch during the River Kings 14-0 win over Central DeWitt on Wednesday night. 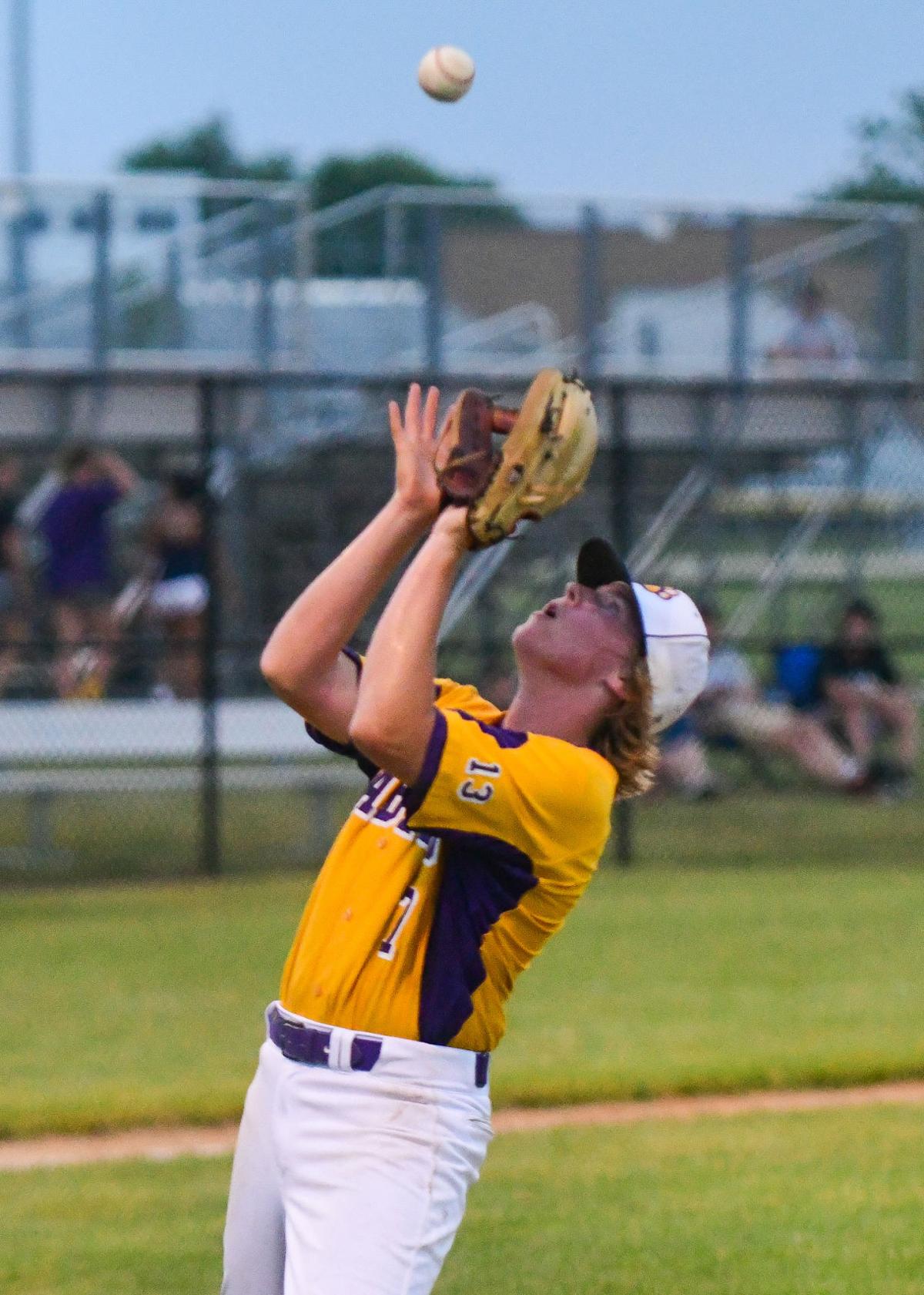 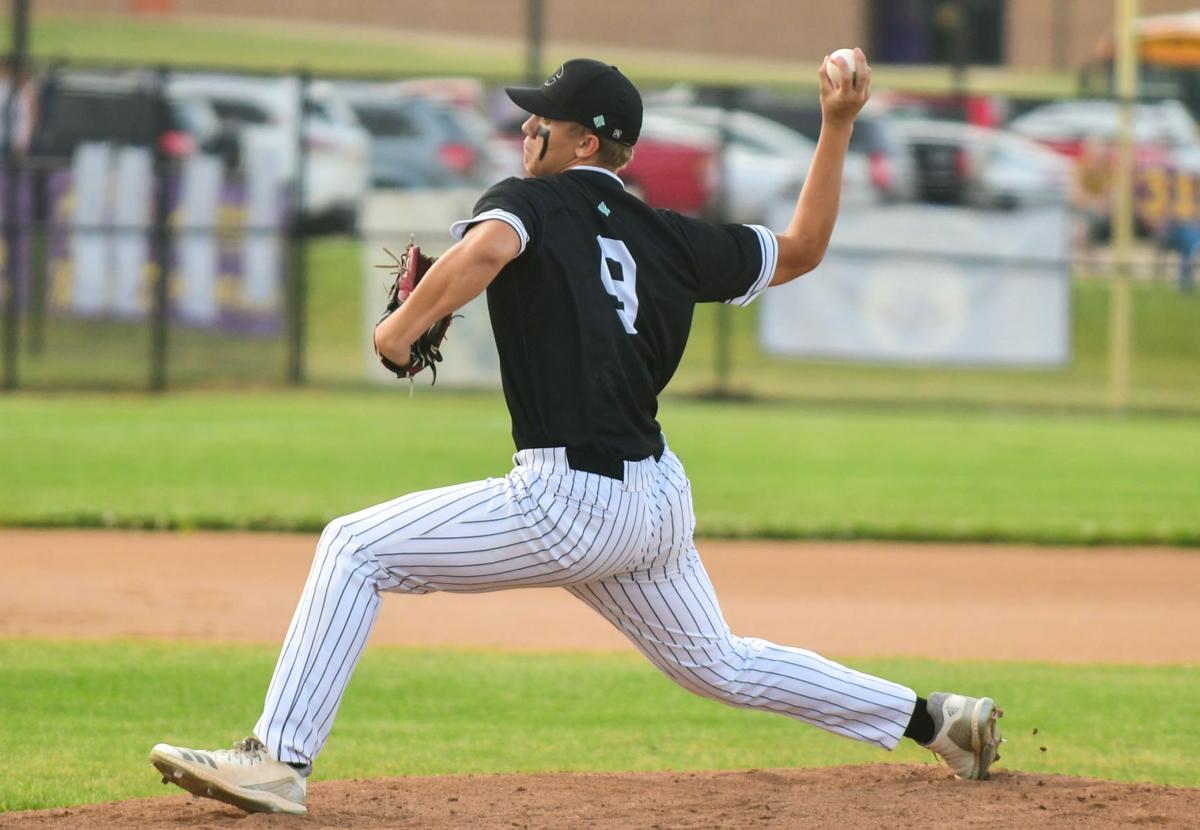 Clinton’s Jai Jensen delivers a pitch during his one-hit performance against Central DeWitt on Wednesday night. 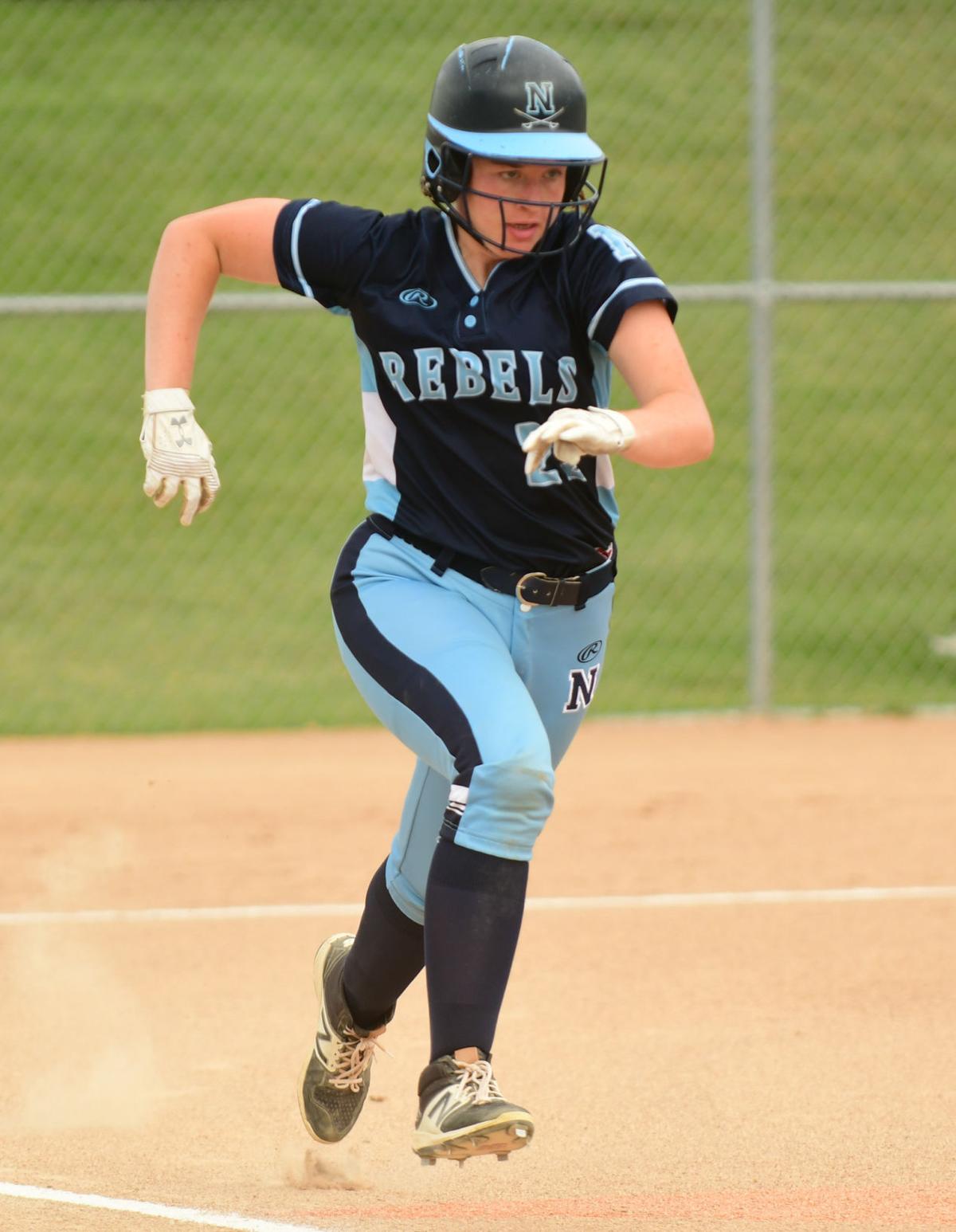 Northeast senior Claire Abbott runs towards first base during the Rebels’ split with No. 2 North Scott on Wednesday.

Clinton sophomore Seth Dotterweich swings at a pitch during the River Kings 14-0 win over Central DeWitt on Wednesday night.

Clinton’s Jai Jensen delivers a pitch during his one-hit performance against Central DeWitt on Wednesday night.

Northeast senior Claire Abbott runs towards first base during the Rebels’ split with No. 2 North Scott on Wednesday.

DEWITT – The Clinton baseball team seemed to click in every facet on Wednesday night in DeWitt.

The River Kings put together a clean defensive effort behind an impressive one-hit performance on the mound from sophomore Jai Jensen as well as stringing together an offense that put up double-digit hits and runs. That led them to a 14-0 upset win over Class 3A No. 1 ranked Central DeWitt in a non-conference game on the road.

“This was a nice game,” Clinton head coach Kevin Cunningham said. “We put everything together. We pitched well, we hit well, we ran the bases well.

“I think we played our most complete game of the year against a really good team and we certainly couldn’t be happier with our performance tonight.”

The offensive production started from the very beginning. Max Holy started off by reaching base on balls, and then Jensen doubled to score him to give the Kings the lead.

It kept going, and the bottom of the fourth saw Clinton light up the scoreboard. Consecutive hits from Addison Binnie, Holy, Jensen and Jasper Luckritz drove in the first two runs.

Logan Mulholland and Seth Dotterweich added doubles of their own, forcing a pitching change for the Sabers.

“I think the guys I thought, the first four or five in our lineup [are doing well],” Cunninham said. “And we’re starting to get some production from the bottom of our lineup.”

Altogether, the River Kings put up seven runs in the fourth inning alone.

After DeWitt’s Tuesday night win over No. 10 Camanche, head coach Shane Sikemma had told the Herald that the Sabers were looking to stop free bases. That includes from walks, errors and hit batters.

That didn’t happen Wednesday. The Saber pitching staff accumulated eight walks and one hit batter throughout the five innings and the defense had two errors. In addition, communication lacked, especially in the outfield.

The three pitchers used – Ben Mason, Henry Bloom and Tyson Dunne – were not part of the normal rotation. The three twirlers had just seven innings pitched between them. The Sabers played three games this week before Wednesday and still have a doubleheader on Thursday.

Jensen impressed on the hill for the Kings, ending with five strikeouts, two walks and one hit.

“Jai’s been improving every game and came out tonight and really worked hard,” Cunningham said. “I actually thought going into the game that if I got five innings out of him, I’d be real happy. I definitely got five innings.”

And his defense backed him up from the start. Just one fielding error marked the River Kings scorecard.

“We’ve worked on our defense and I’m real pleased with our defense,” Cunningham said. “I think it’s taking us to the next level.”

The River Kings beat Class 2A No. 10 Camanche on Saturday 8-6 and now have downed their second ranked opponent in as many games. They play three more Mississippi Athletic Conference games this week, starting with a doubleheader Thursday night against Davenport Central at the Durgin Complex.

“I think it’s all confidence,” Cunningham said. “I think we can go out and keep competing in the MAC. We’ve got eight games left in the MAC so I’d like to finish strong and finish in the upper tier, and get a good seed in the tournament.”

Rebels split with No. 2 Lancers

GOOSE LAKE – The Northeast softball team welcomed a top-two Class 4A team to their home field on Wednesday, splitting with one of the top teams in the state.

The Lancers took the first contest 11-1, but the Rebels bounced back for a big 6-1 win.

After struggling through the first contest, the Rebels struck first in Game 2. Two straight doubles from Claire Abbott and Bree Mangelsen started things, and then Audrey Morris, Alexis Ehlers and Valerie Spooner all added base hits of their own to take a 3-0 lead.

Although the Lancers plated one in the second inning, the Rebels responded with three more in the home half of the second to extend it. Pitcher Madison Kluever held the Lancers scoreless through the final five innings.

The Rebels stay at home for another game, welcoming Regina Catholic Thursday night.

CAMANCHE – Both baseball and softball got varsity wins Wednesday night in Camanche when North Cedar visited the Indians for a River Valley Conference set of games.

Camanche softball took down the Knights 10-3, breaking a losing streak.

The Indians were led by a dominant pitching performance from Tarah Wehde.

“Tarah had a huge part in this win tonight,” head coach Andrew Carbajal said. “She threw 16 strikeouts and only allowed three hits and three runs. She added a huge 2-run home run that was over the scoreboard and kept going.

“We had a lot of ladies contribute tonight – it’s time to string a few together.”

The boys took down the Knights 6-0.

Camanche now goes on the road, traveling to Durant on Thursday night.