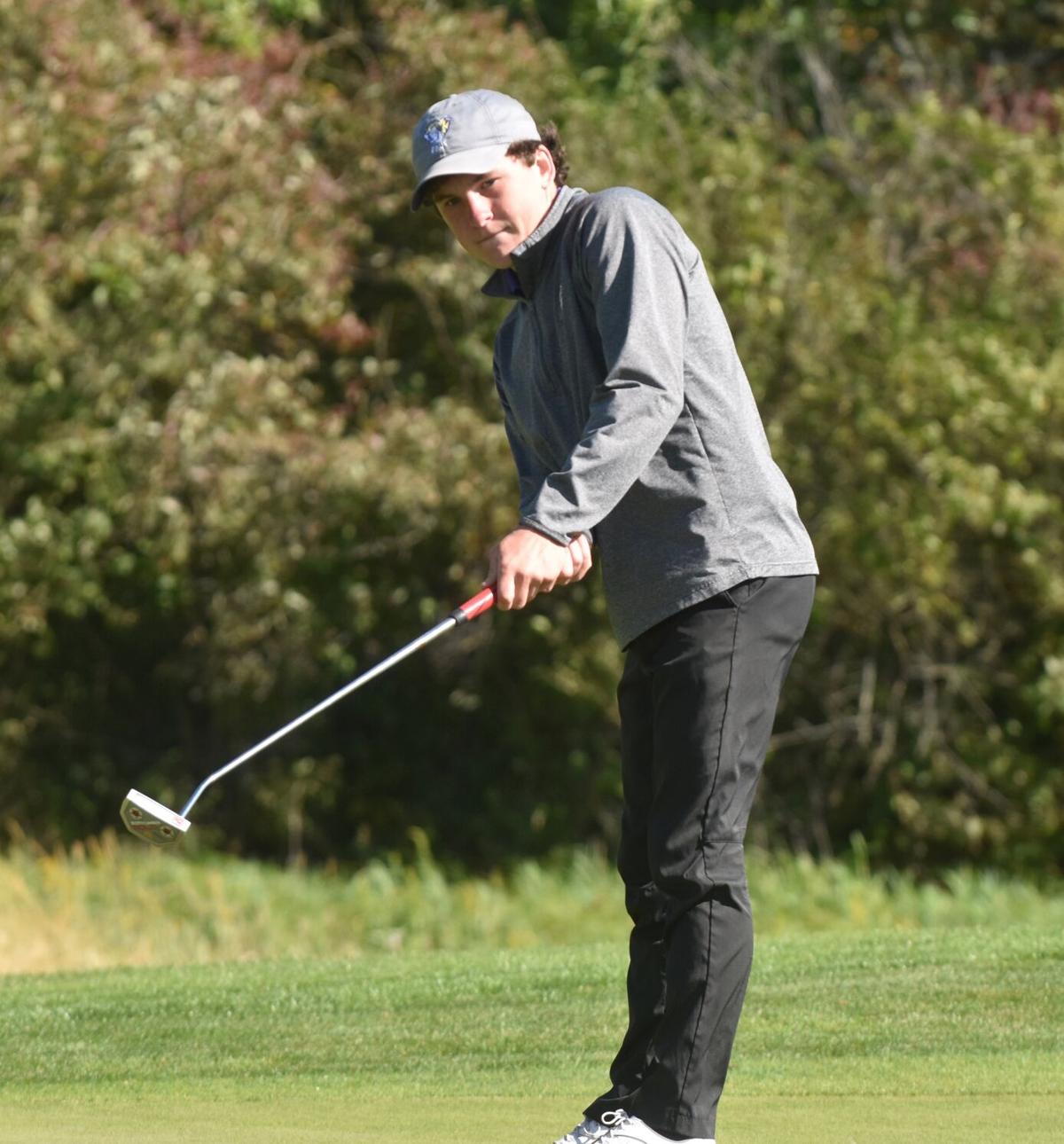 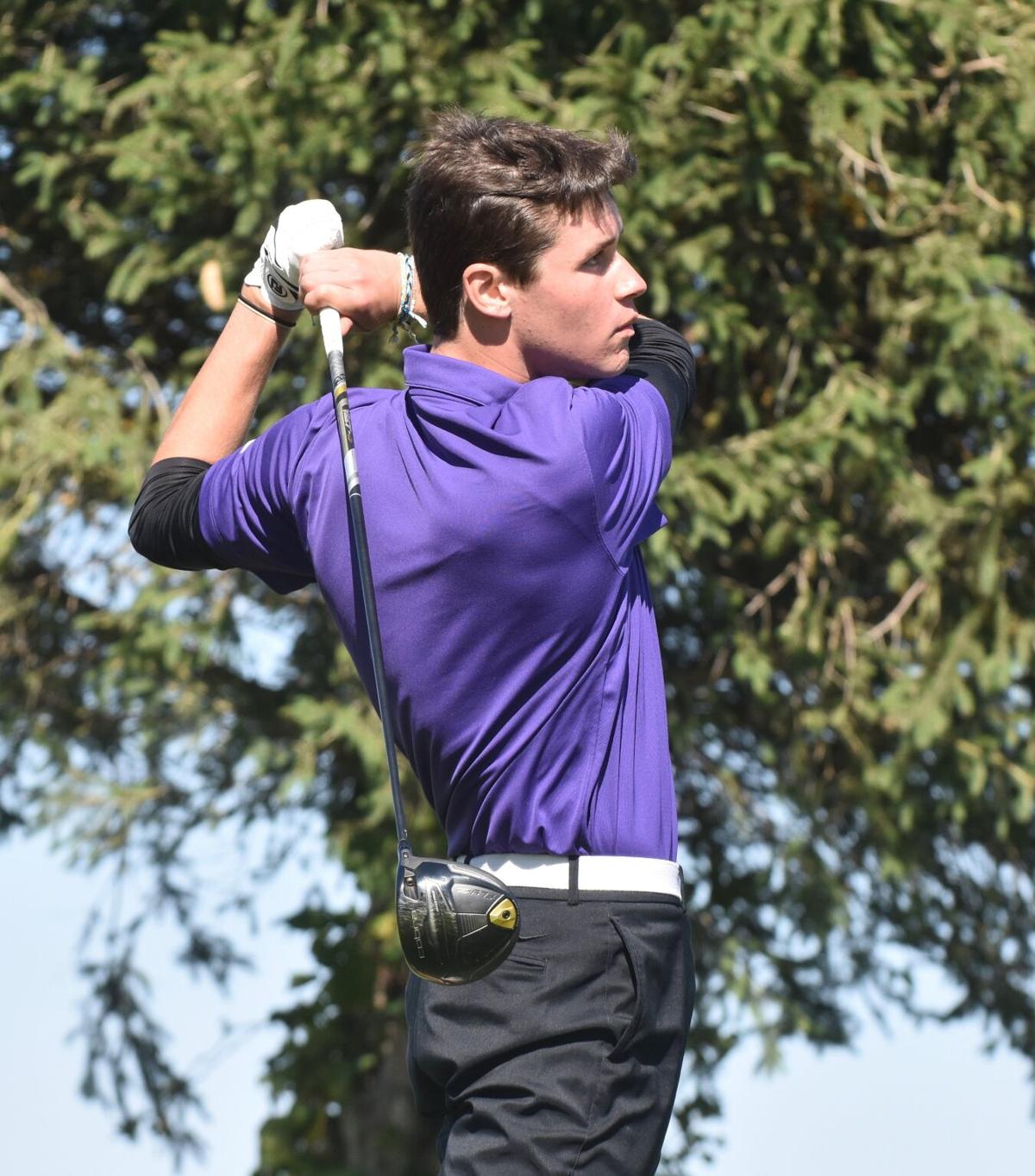 LONG GROVE — Central DeWitt senior Dylan McAleer didn’t qualify for state at the IHSAA district meet at Glynns Creek on Monday, but he did set the standard for a Sabers golf program that he said will have success for years to come.

“We all bonded really well as a team,” McAleer said. “Ben (Alger), he’s going to be great next year. We’re going to have a great team next year. I’ll maybe come back and watch a few meets, but everyone’s going to develop and make up for me, and we’ll have young guys coming up, so I’m excited to see what they’ll do next year and the years to come.”

McAleer placed 11th (7-over-79) as the top-local finisher at the Glynns Creek district. Sabers junior Ben Alger was behind him at 32nd (15-over-87).

Central DeWitt shot 350 as a team to place 10th and did not qualify for state. Also scoring for the Sabers were Carter Drury (91) and Nathan McGarry (93).

“I was proud of them,” Sabers coach Jen Froeschle said. “They kept fighting. It was a tough day, this was a lot tougher conditions than I think any of us anticipated. The wind was really rough out there. Dylan did a good job. He had two rough patches, struggled with the putter just a little bit and had a rough hole, but man, he fought back. He was one-under the last six holes, so that’s all you can ask.

“He had a great year, a great career — he’s going to play some more golf in college so he’s got a lot of great things ahead of him.”

Meanwhile, Clinton was at the district played at Elmcrest Country Club, where the River Kings placed 13th (406) and did not qualify for state. Senior Joe Simpson shot a 23-over-93 to place 55th.

“Rough conditions for our guys, but I thought for the most part, everybody was around the same ballpark on their scores,” Clinton coach Jason McEwen said. “Going in, Joe was in contention. He was right in the mix where he had a shot, but he just did not play very well, wasn’t consistent with his irons and it got him into trouble.

“He was playing bogey golf all day, which is unfortunate because he’s a good kid and he’s played a lot of golf over the last four years and you’d like to see in his last meet, go out in a way that a senior who’s played for four years should, but unfortunately it didn’t go in his favor today.”

Simpson’s aim was to qualify for state, but said he ran into trouble with his irons.

“When I was out there, I just felt helpless,” Simpson said. “ I had the shanks and usually you have a swing cue you can adjust, but I just had no idea what to do. It was just my irons and my swing. Golf does that to you — I just could not stop shanking it.”

“I’m pretty upset with myself,” McAleer said. “I know I should’ve done better and I kind of gave up on myself and what I was trying to do, so I need to work on that moving into college golf.”

Despite the disappointing finishes, both McAleer and Simpson have many memories over four years of high school golf.

“My team when I was a freshman won state — that was awesome,” McAleer said. “Going to state my sophomore year and then as a senior, getting to be a leader and having a pretty solid year overall, but not the way I wanted to end it.”

For Simpson, he didn’t hesitate — the van rides with his team and connecting with his teammates and coaches over the years were the most memorable moments of high school golf.