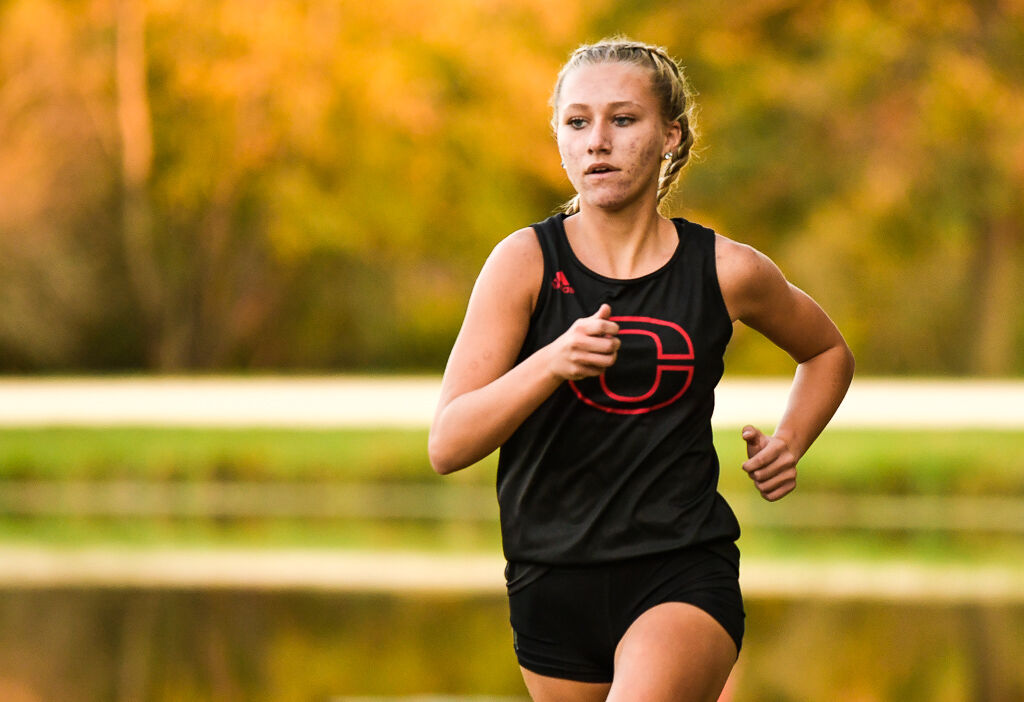 Clinton’s Camryn Sattler runs on Oct. 8 during the 2020 Jim Hetrick Invite in DeWitt. 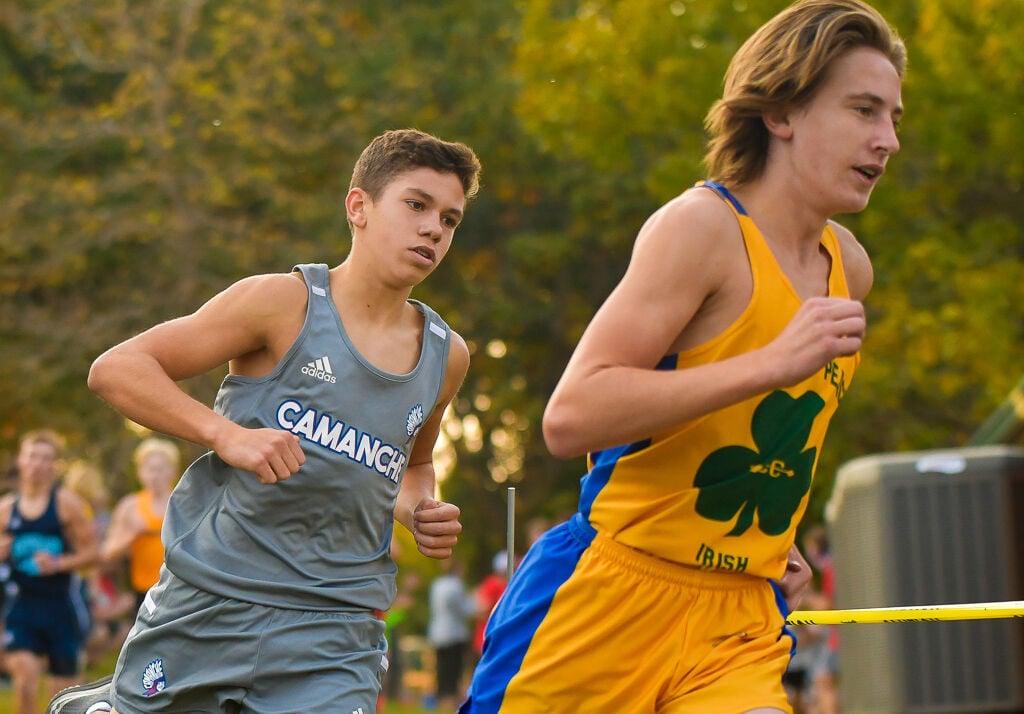 Camanche’s Andrew Butt (left) and Prince of Peace’s Marcus Blount run on Oct. 8 during the 2020 Jim Hetrick Invite in DeWitt. 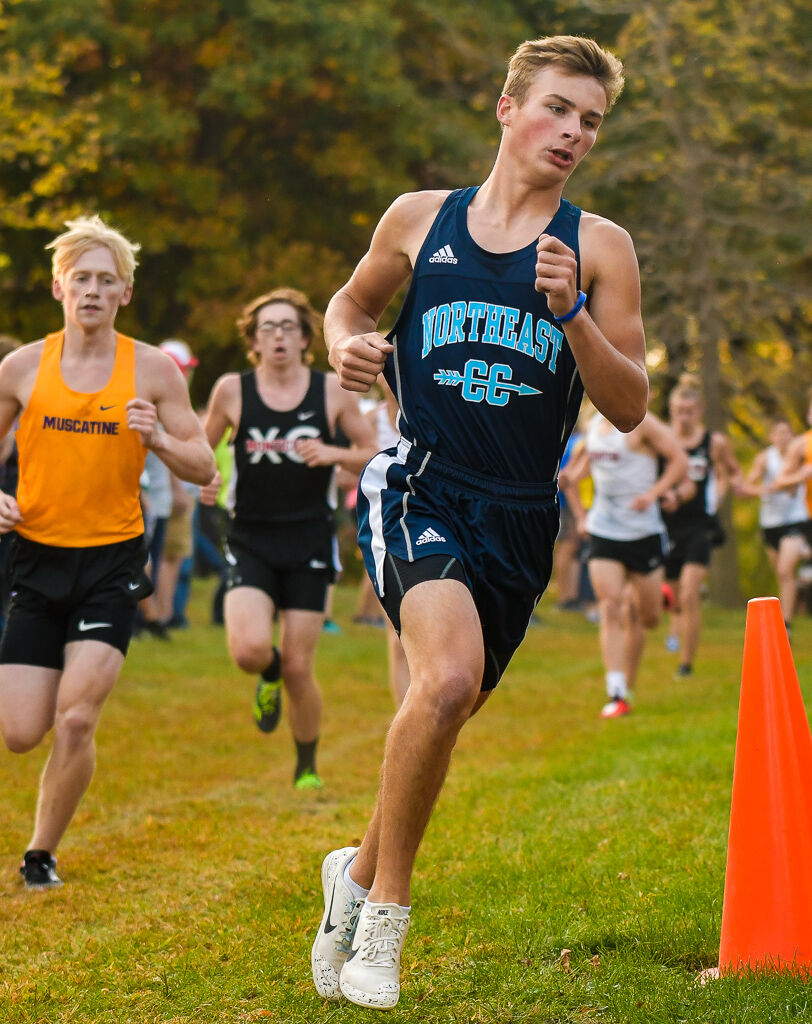 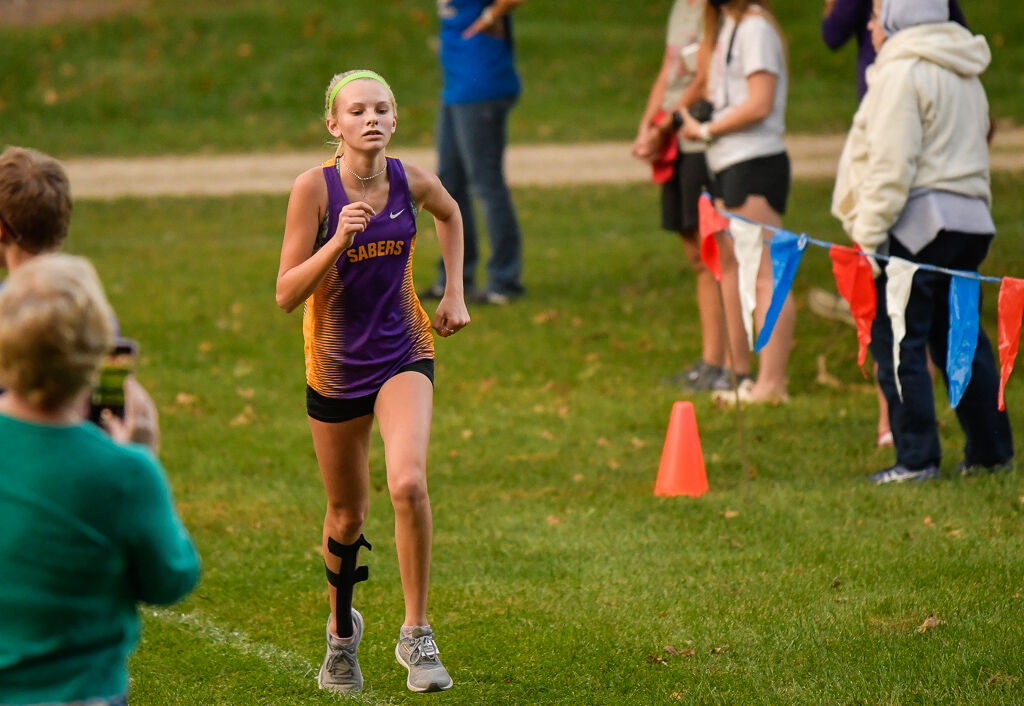 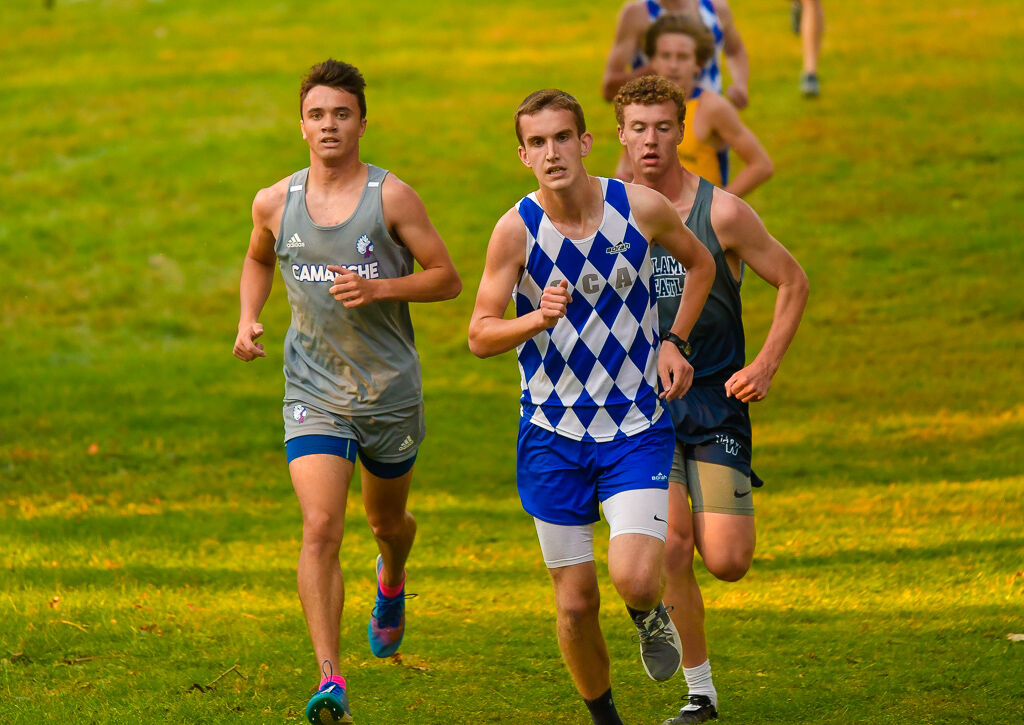 Clinton’s Camryn Sattler runs on Oct. 8 during the 2020 Jim Hetrick Invite in DeWitt.

Camanche’s Andrew Butt (left) and Prince of Peace’s Marcus Blount run on Oct. 8 during the 2020 Jim Hetrick Invite in DeWitt.

DEWITT – Local cross country teams used a beautiful fall day for a late season check Thursday afternoon, getting a gauge of where they’re at as they barrel towards the postseason in a little over a week.

With district meets looming and conference meets next week, many runners were seeing their last regular season competition at the annual Jim Hetrick Invitational in DeWitt. Leading the local finishers was the 2019 Class 2A state champion Dylan Darsidan, who took home a third place finish for Camanche.

Darsdian clocked in behind winner Chase Knoche from Calamus-Wheatland and Brandon Barker from Clear Creek Amana. Darsidan timed a 16:42.86 race.

He was coming off of a personal best over the weekend at Wartburg College.

“I started good, but towards the end I kind of fell apart,” Darsidan said. “I was confident going into this one and it just didn’t really go my way.

“I think having the race on Saturday helped me with my confidence level. Having races like this fuels me to keep racing and keep working harder. It just keeps me knowing that I need to keep working hard and I’m not quite there yet.”

Teammate Andrew Butt wasn’t far behind Darsidan, clocking in at 17:26.88 in eighth place overall. It helped the Indians claim second in the 1A/2A teams.

“We’re trying to push to get our team on the watch list,” Darsidan said about the Indians. “Then get into a pretty good district and run our hearts out, hopefully push for a third-straight team at state.”

Northeast finished first in the 1A/2A team standings. Their best finish came from Thomas Machande, a returning state qualifier. Machande ran a 18:00.20 on the day.

“The best part of this race is that we see so many teams that we don’t see much at all,” Northeast coach Trenton Weaver said. “Really good teams. It’s nice to have that because we can kind of base it off the whole state and the whole area. Sometimes you feel like a big fish in a small pond or vice versa in a race like this. It helps to show our hard work.”

Prince of Peace didn’t field a team for a score, but Marcus Blount ran a good race with a fifth-place finish overall individually. Blount finished in 17:03.30 to kick him into the top five.

“There was a lot of good competition out there,” Blount said. “Plenty to pick out different people to run with – just picking out who’s leading the pack and who to stay with.”

Clinton finished eighth in the large-school category as a team, led by a 18:26.64 performance from Conner Sattler. Teammate Parker Sirna was less than 10 seconds behind him.

Clinton had a top finisher on the girls side. Camryn Sattler, a freshman for the River Queens, came in third place on Thursday. It helped the Queens finish sixth in the large-school category as a team. Sattler ran a 19:55.24 with less than five seconds between her at the first place finisher.

“I think I ran really well today,” Sattler said. “I’m gaining more confidence with myself as I keep running.”

Behind Sattler was freshman Madelyn Robinson in just over 22 minutes and then Abby Struble under 23.

The Queens have had a multi-year drought from the state meet, and Sattler is eyeing a spot as districts draw closer.

“From here, I just want to take this as another experience,” Sattler said. “I got a little side stitch and let my head take over a little. My coaches implore mental toughness, and I want to work on that a little bit better.”

Northeast took the top team spot in the small-school grouping on the girls side as well as the boys. Cenady Soenksen crossed the line first for the Rebels at 21.48.07, finishing in the top 20.

“Girls are sitting strong,” Northeast’s Coach Weaver said. “Every race we get is a blessing with everything going on in our world. Hopefully we can stay strong where we’re at and keep our four, five and six runners pushing towards the end of the season.”

Grace Ketelsen was ten seconds behind Soenksen, and then Faith Ketelsen just seven runners behind her.

Right behind the Rebels in the team standings came the Irish. Prince of Peace’s top finisher was Madison Anglese, finishing top 30 in 22:02.49. The Irish were the only Class 1A school with a team score and are coming off of a team appearance in Fort Dodge in 2019.

“I feel pretty good,” Anglese said. “I really felt like I was getting going on this course, it’s a really good one to run.

“We’re ranked ninth [in the state] as a team right now and we’re really excited about it. I know I want to qualify as an individual for state, but we’re hoping to place as a team for state this year.”

Sophie Griffin, Madison Schnier and Ava Ruden all finished top 50 as well for Prince of Peace.

“Competition is great out here,” Prince of Peace coach Owen Howard said. “Place-wise, we did well. We’re still looking to take some time off some of our times, but we’ve been running well against some great competition the last few meets.”

The home team was led by sophomore Reagan Hofer, who clocked in at 23:40.88. Madi Macavan and Hannah Peters were behind Hofer for the Central DeWitt girls.

Conference meets are scheduled for next week, with district state-qualifying a week from Tuesday.