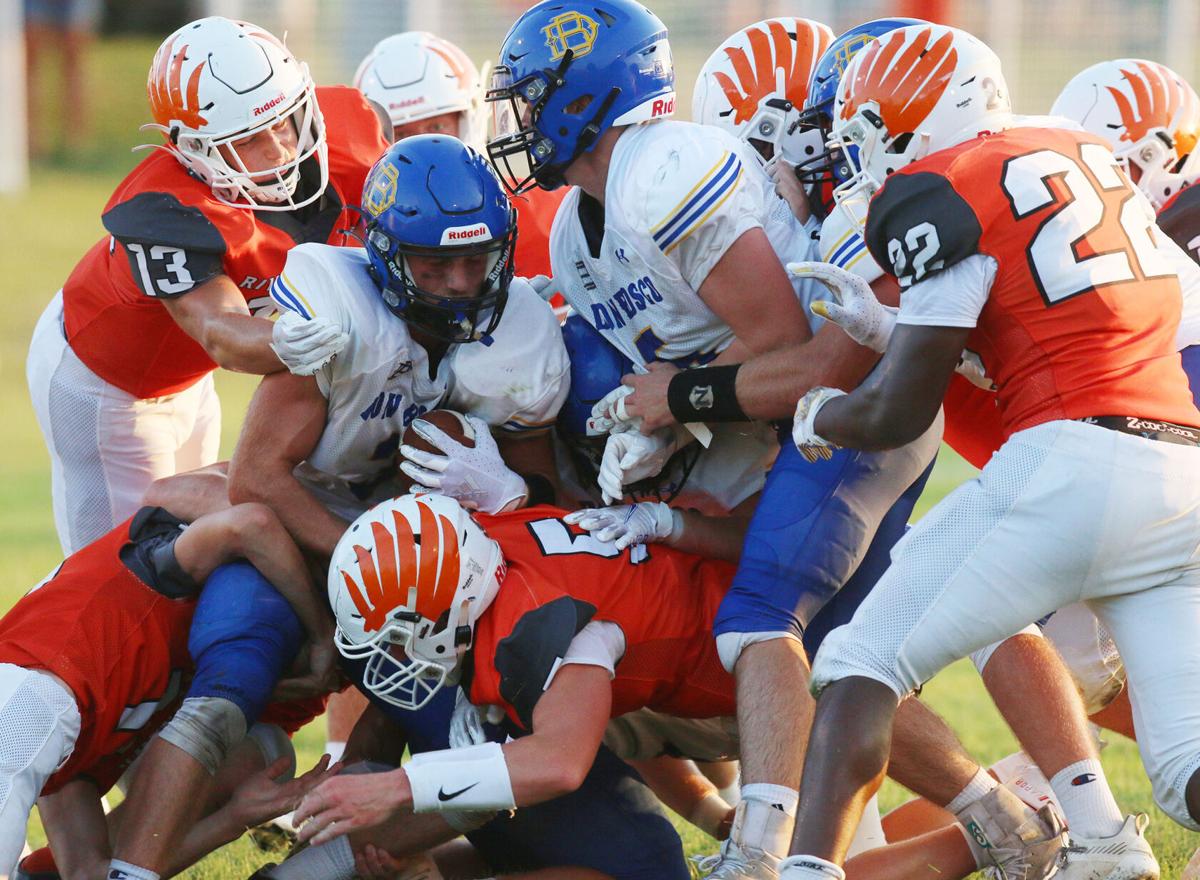 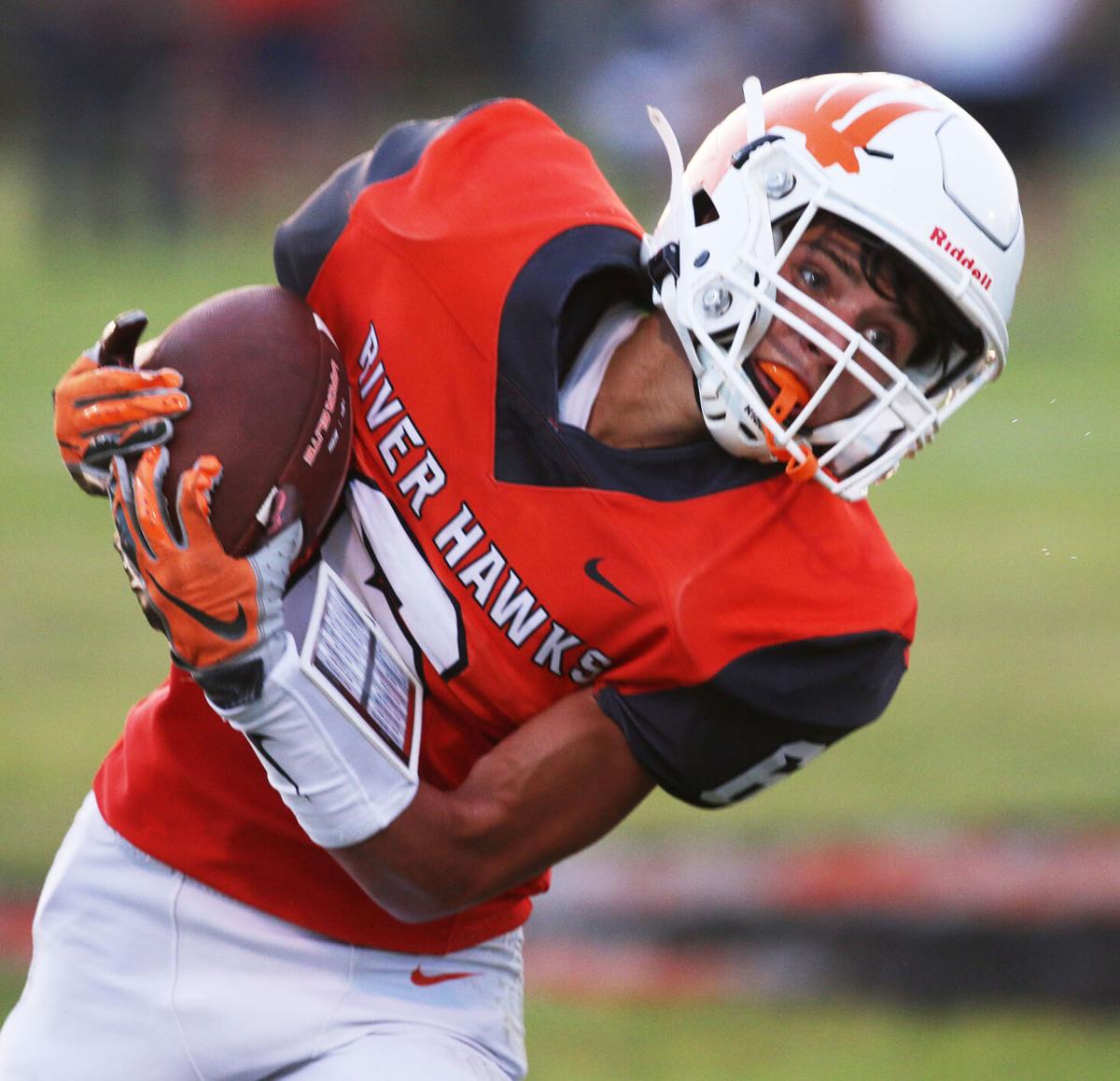 For the third season in a row, the Easton Valley football team is sitting with a perfect record heading into Week 5 of play.

With a streak like that, you can almost certainly rule out coincidence.

The River Hawks are one of 14 8-man teams in the state of Iowa who have yet to record a loss this year.

Not only that, but they’re averaging a 53.3 point differential per game – leading the entire state.

“It’s all mentality,” junior Carson Fuegen said. “We’re not the biggest team in the world or even the quickest. But we come in, we know what we need to get done and we make it happen.”

Head coach Tony Johnson is in his fourth year leading the River Hawks and has helped build a culture that year after year is bought into. Johnson and his staff are integral parts of the school community and have brought that into their coaching.

“Accountability and hard work,” Johnson said, thinking back to when he took over the River Hawk football program. “When I took over there were some things lacking in that area. We really wanted to focus on that and character building. When we instill all those things, the wins will come.”

Multiple members of the coaching staff are coaches of other sports, teachers or parents. Johnson himself is the high school principal.

“It’s more of a family,” Fuegen said about the football team. “We come in, he teaches us how to be better humans and football players.

“We’re next to him every day, we know what he expects of us. We go over that and if you don’t hold that up, you’re not going to be a part of this team.”

With Johnson’s first freshmen class now taking over the senior leadership positions, it’s been a full transformation. The group holds their perfect record and takes pride in it, continuing a recent tradition of winning football in Preston.

“This group of seniors has been the first to come through for four years,” Johnson said. “They’re kind of the product of the program.

“They’re a great group of kids who are willing to work hard and there are no egos. They don’t care about the individual statistics, they just want to win. I think that’s what makes them great.”

They credit the coaching staff and the program to the mentality that they now carry as athletes. That mentality helps them take the field in Preston day after day and put in work.

“I think it’s coaching,” junior Hayden Felkey said. “They’re the ones who have got us all here. They showed us what it really is all about.”

When they make mistakes in games, whether it’s a defensive breakdown or a turnover, they turn to the coaches: “How do we fix this?”

“We’re here to come get better every day. We want to fix our mistakes, and I think if we do that we’ll reach our goals.”

The impressive offense or the stone cold defensive efforts this year are impressive enough, but the River Hawks have more than stats or wins on their mind.

The last three years have feature deep playoff runs for the Easton Valley football team. They’ve made three consecutive trips to the 8-man state quarterfinals before being knocked out of the postseason.

“We hit that adversity in those big games, we have to let it go and keep going,” Carson Fuegen said. “We’ve gotten hung up on it. We definitely got some tough draws but we have to keep battling through that adversity.”

That’s not enough for them anymore.

2021? They want the title. And they’re not afraid to talk about it.

“Getting that nerve factor out of the way .. that’s a big deal.”

The River Hawks head back onto the gridiron on Friday night, taking their home field under the lights for their 2021 homecoming game. They’re welcoming in Central City, and you can bet they expect nothing less than a win when the final horn blows.