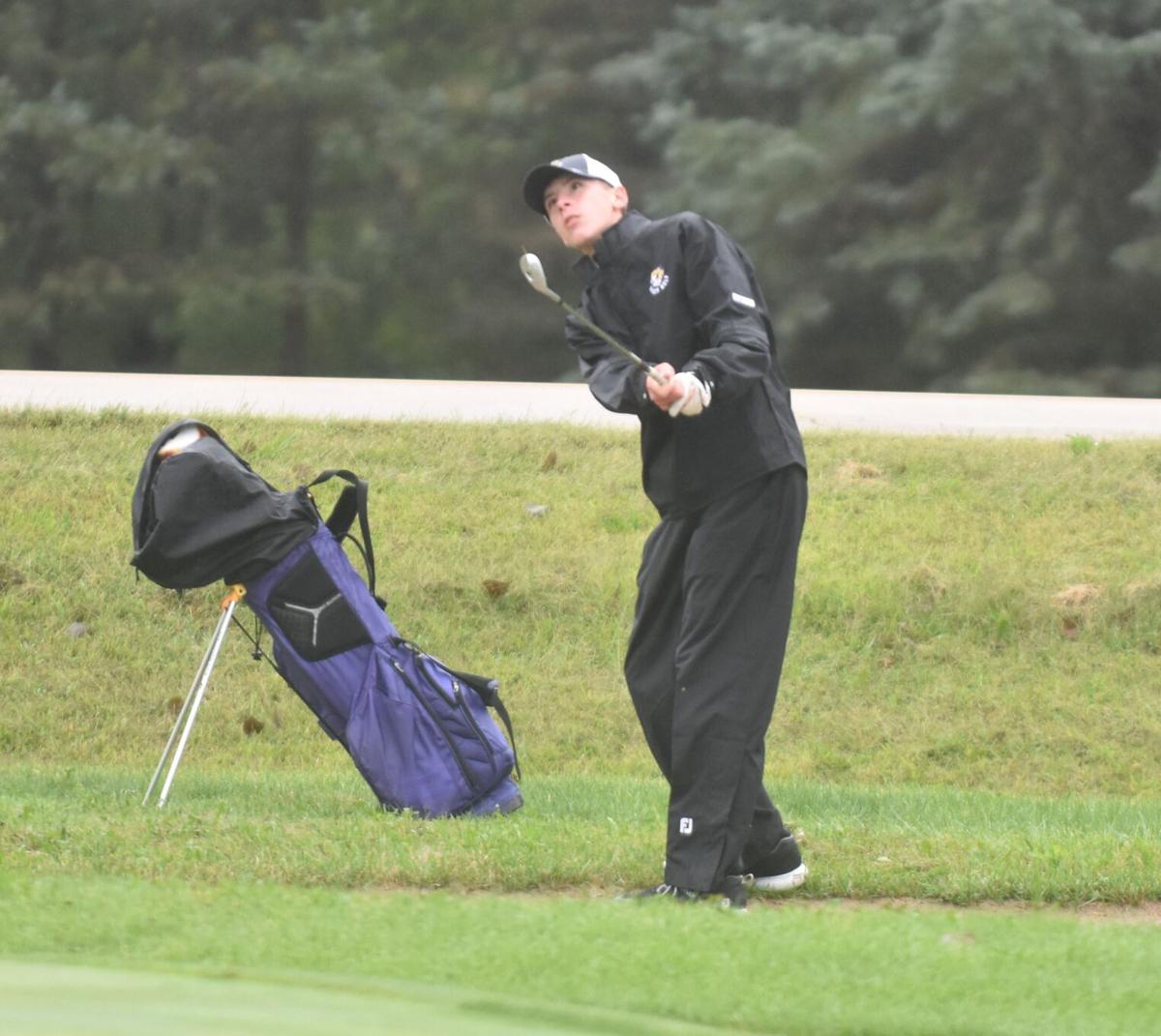 Central DeWitt’s Nate McGarry takes a shot during the Sabers’ loss to North Scott on Sept. 8 at Springbrook Country Club in DeWitt. 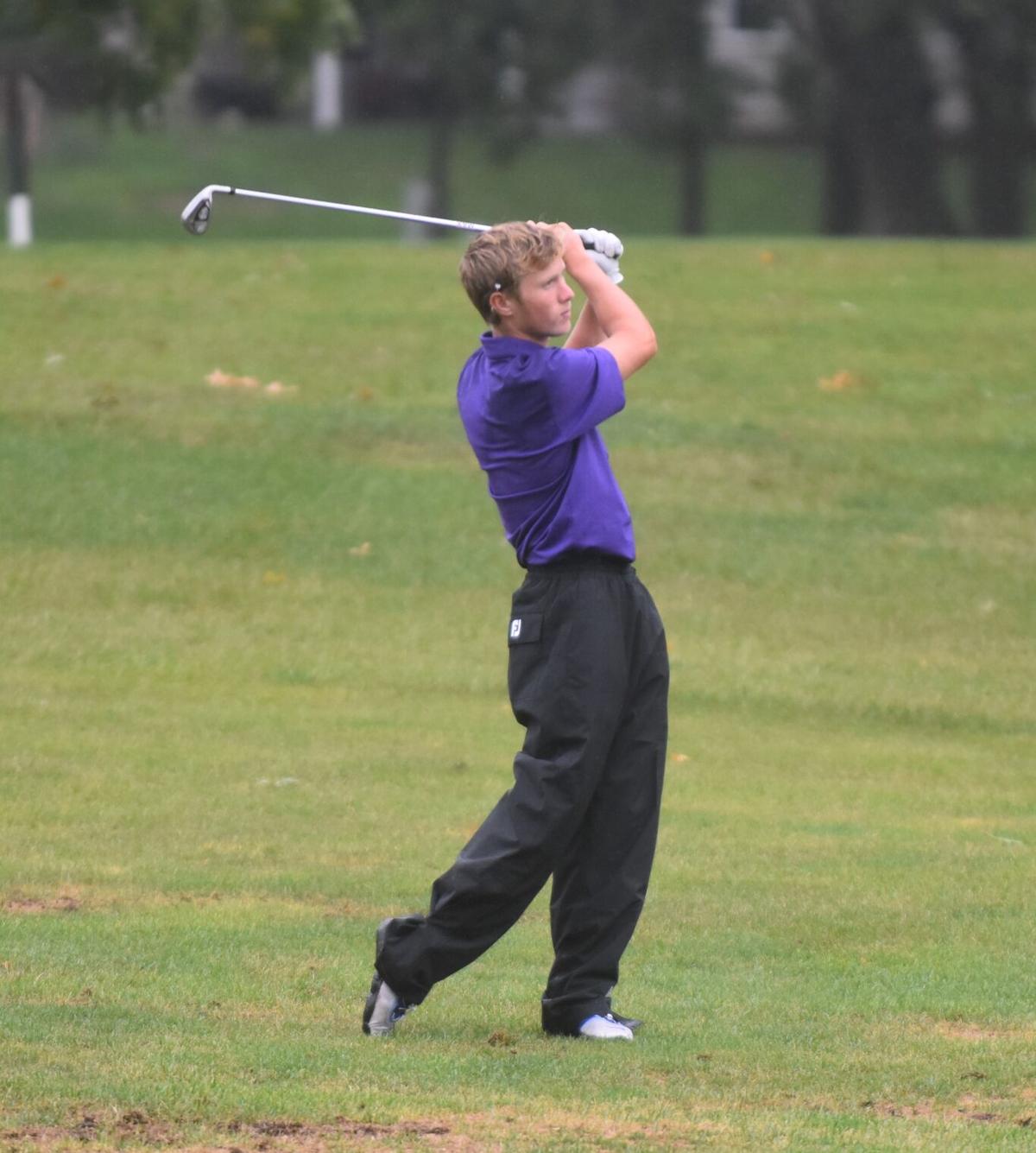 Central DeWitt’s Nate McGarry takes a shot during the Sabers’ loss to North Scott on Sept. 8 at Springbrook Country Club in DeWitt.

DEWITT — It was cold, rainy and overcast at Springbrook Country Club on Tuesday.

Perfect weather for a round of golf.

“It was very rough conditions,” Central DeWitt senior Dylan McAleer said. “It was raining the whole time, freezing cold. I somehow pushed through it.”

McAleer earned medalist honors after shooting a 36 despite the conditions.

“It’s just one of those years where every meet we can get in, we’re thankful that we’re playing — we’ve had 85 and sunny for every meet, so to play in something that was a little tougher was not a bad thing for our boys to get to experience,” Sabers coach Jen Froeschle said. “I think it was a good move to cut it to nine holes, obviously, to make it not as tough.”

Froeschle has been happy with McAleer’s performance so far this year.

“Dylan did great. He’s been steady all year,” Froeschle said. “He stays aggressive, good attitude for the most part and it’s really been enjoyable to watch him go out there and really have a successful season so far.”

His goal in 2020 is to make it back to state after going his freshman and sophomore years, but missing out on it his junior year due to the COVID-19 pandemic.

“Definitely make it to state and try to place, but that’s further down the road,” McAleer said. “I’ve just got to focus now on what I’m doing and when the time comes, focus on state.”

He says he’s improved since his last couple trips to state.

“I feel like I’m more knowledgeable — not necessarily about the courses, but knowledgeable in my own game,” McAleer said. “I’m definitely more aware of what I’m capable of and then on top of that, I grew and I’m hitting the ball way further than I was as a freshman and sophomore.”

But if 2020 has shown him anything, it’s not to take anything for granted and enjoy his time on the course.

His teammates make that easy.

“Definitely my teammates,” McAleer said. “We’ve had a lot of bonding together, especially my freshmen and sophomore teams, it was really fun with them and now I’m taking some of the same things I’d do with my freshmen, sophomore teams and do it with my senior team.”