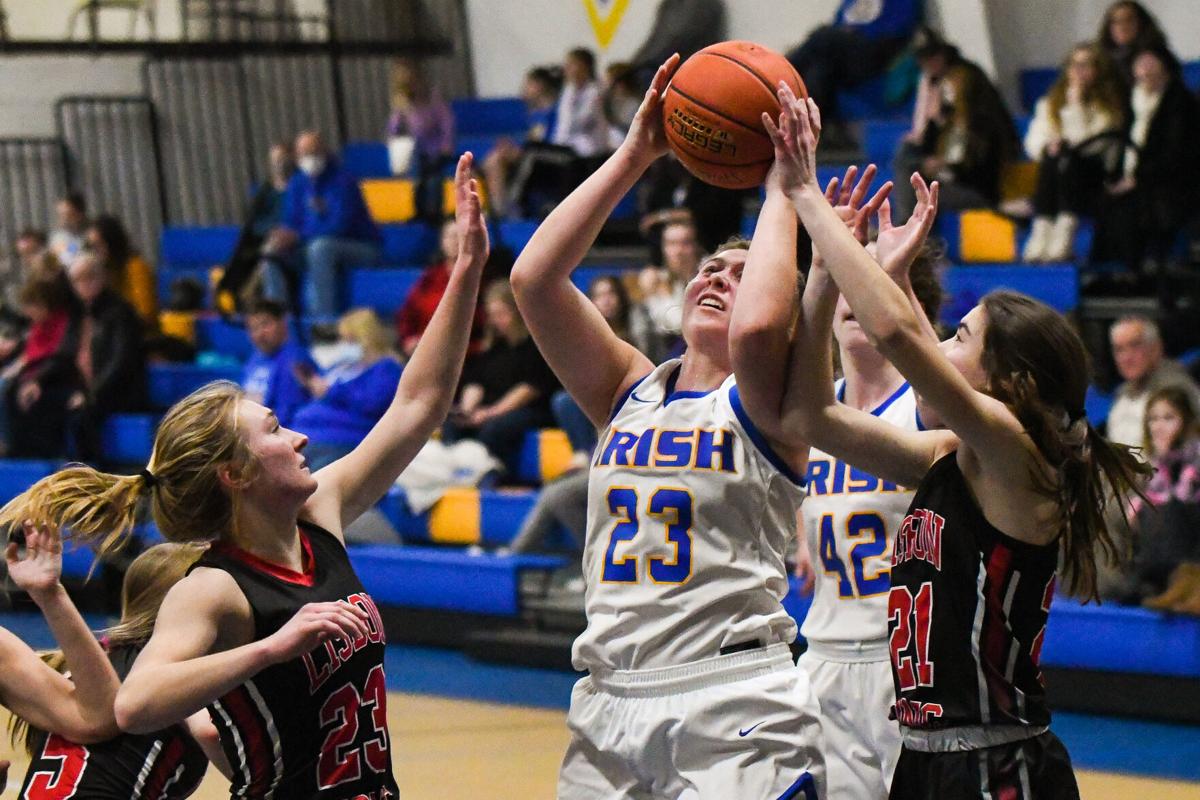 Prince of Peace’s Lilly Isenhour shoots over Lisbon defense during the Irish’s win over the Lions on Jan. 4. 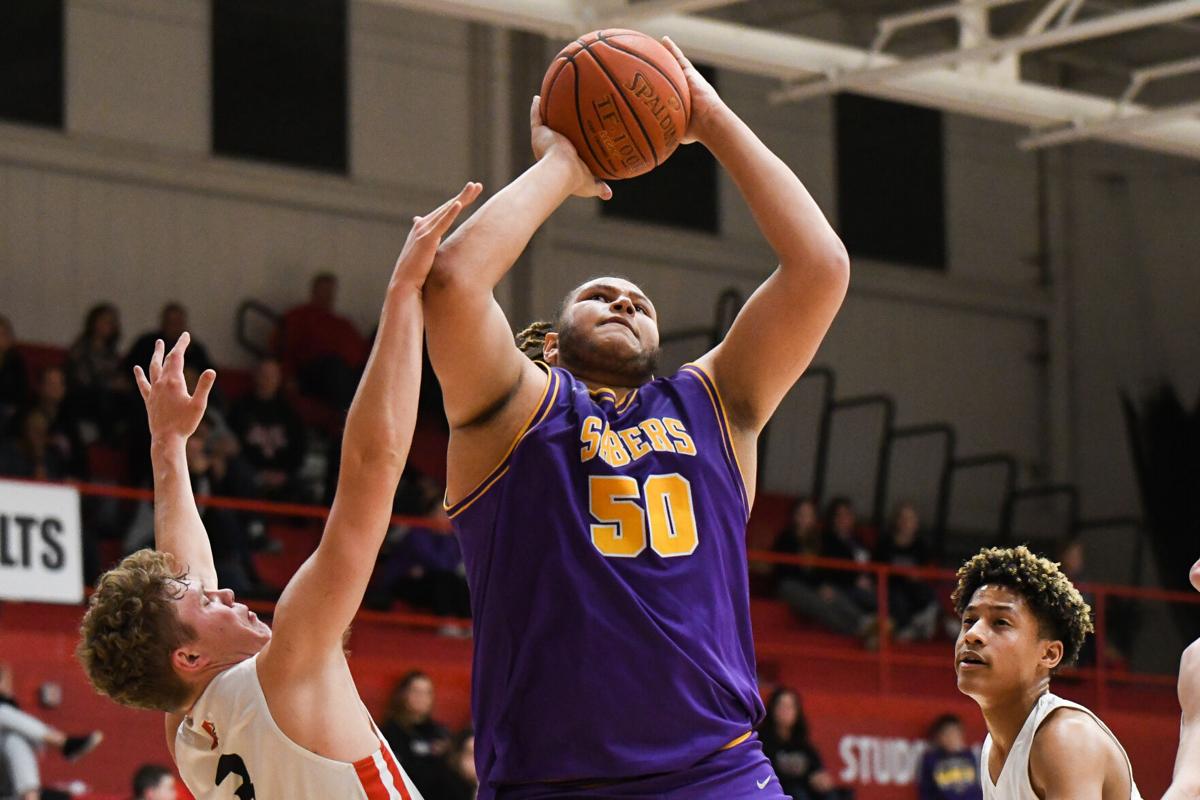 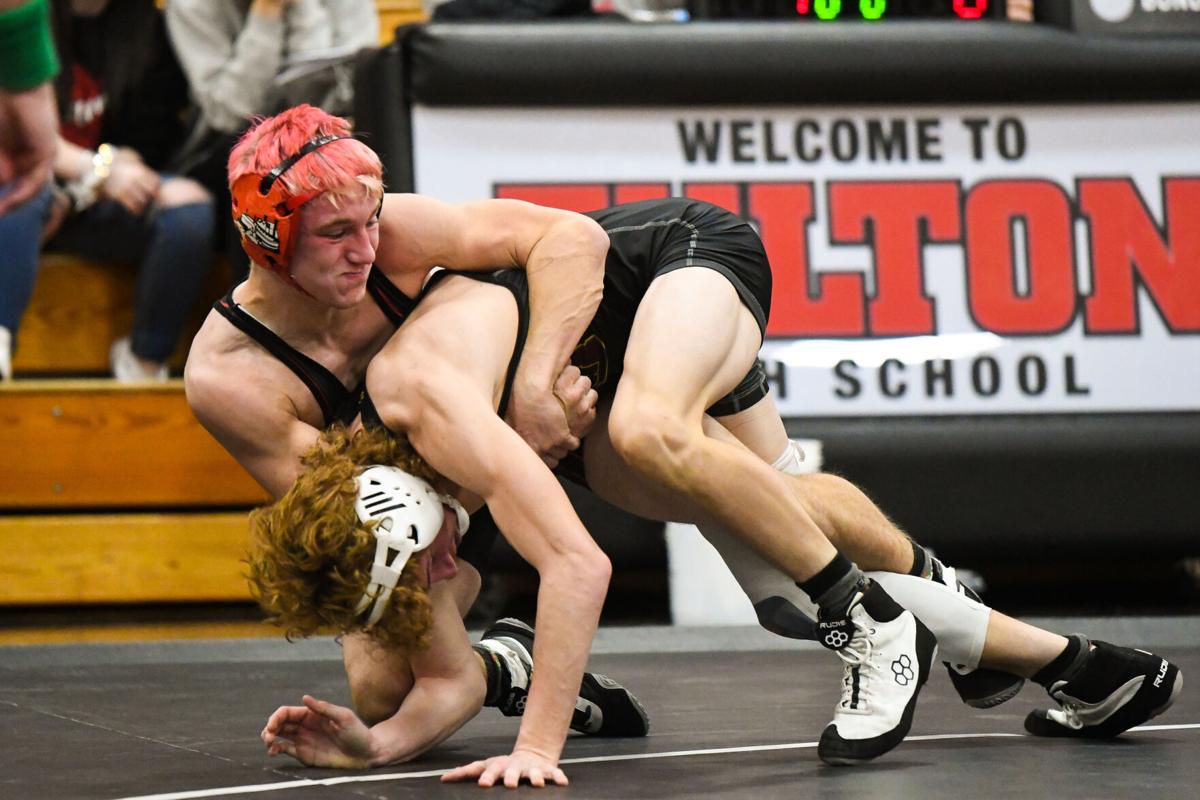 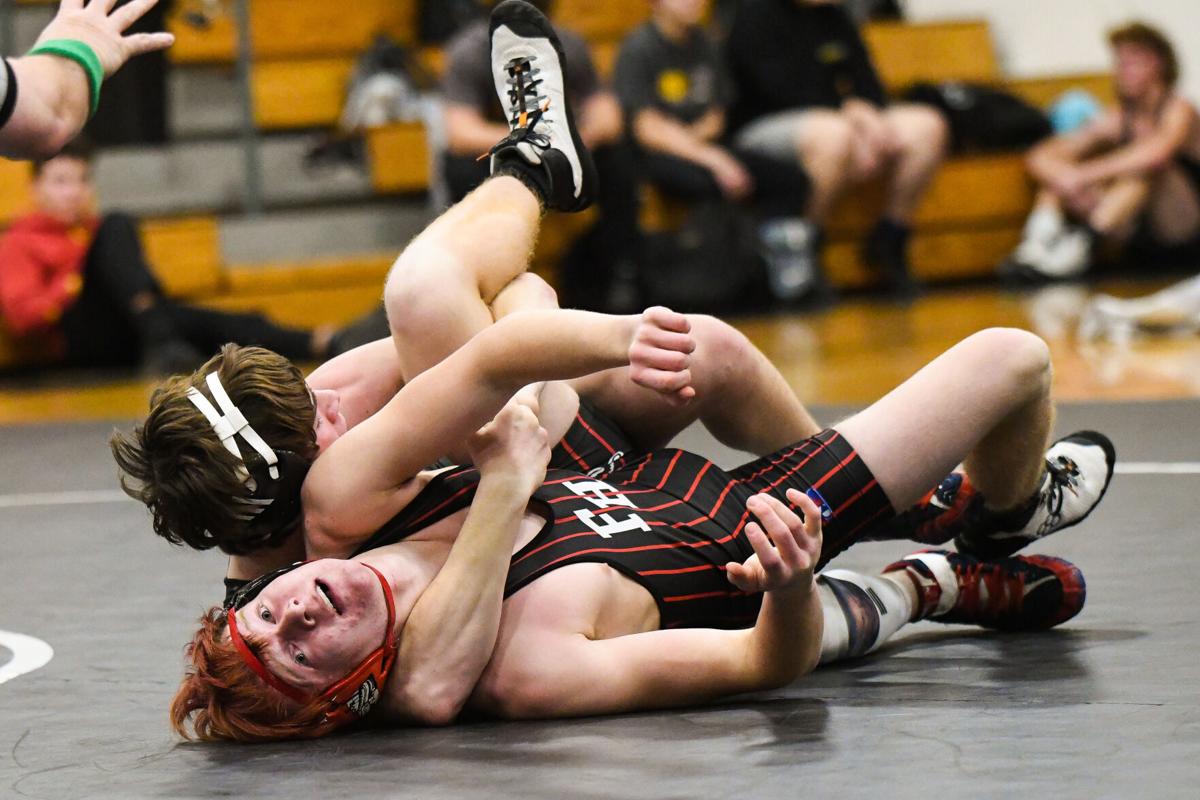 Fulton’s Conner Sheridan looks for a reversal while wrestling Lena-Winslow on Tuesday, Jan. 4.

Prince of Peace’s Lilly Isenhour shoots over Lisbon defense during the Irish’s win over the Lions on Jan. 4.

Fulton’s Conner Sheridan looks for a reversal while wrestling Lena-Winslow on Tuesday, Jan. 4.

PRINCE OF PEACE SPLITS VERSUS LISBON

The Irish were coming off of a non-conference loss Monday night, falling to Wahlert Catholic in their return from the holidays.

Prince of Peace had containment of Lisbon from the get-go, dominating the second half of play. The Irish had a lead coming out of the half, but picked up the pace in the third. They held the Lions scoreless for nearly three full minutes while pushing the tempo offensively.

“We talked about our team defense,” head coach David Nelson said. “We wanted to pick them up in the backcourt and give them totally different looks ... overall this team is down and super young and we tried to take advantage of that. At the end of the day, we played an OK game.”

In that time, the Irish were forcing turnovers and taking plenty of their points off of transition. They also were finding the hands of Lilly Isenhour, Sarah Moeller and Shannon Kenneavy inside when they were in their halfcourt game.

A three-pointer by Kaelyn Goodsman gave the Irish a 15-point lead near the end of the quarter.

They took that lead into the final period, too.

Isenhour started the fourth off with an offensive putback, then a steal with an easy layup on the other end to put the Irish up 44-25. Isenhour had 23 points on the night.

“They all look to Lilly,” Nelson said. “She’s consistently triple-teamed. She’s responded very favorably as far as to that. She doesn’t get frustrated, she works very hard, she’s a true team player getting the other players in it. It was a good outing.”

A free throw by Avery Dehner and the Irish lead was extended to 20 points.

The Irish ladies (3-2, 4-5) will now look to the road, heading to Midland on Friday night for another conference matchup.

The Irish boys (0-3, 1-6) travel on Friday, taking to the road to face TRC opponent Midland.

ELDRIDGE – The No. 9 ranked Sabers had the game on the line on Tuesday night at The Pit in Eldridge, but couldn’t muster enough points, falling to No. 10 ranked North Scott 55-50.

The two, both in the Class 4A rankings, were tired 49-49 with just over a minute to play. That was after a back-and-forth game all the way through.

North Scott had a pair of free throws, and then the Lancers sent DeWitt senior Allie Meadows to the line. Meadows split her free throws and then they trailed 51-50 with 39 seconds remaining.

The Lancers followed it up with four straight free throws and Taylor Veach’s three point attempt bounced out.

The No. 9 Sabers (5-3, 6-3) have another ranked matchup next Friday night, playing No. 10 Pleasant Valley in a rematch game. The Sabers fell to the Spartans earlier this year. Before that, they head to Clinton this week to play the River Queens.

The Central DeWitt boys also played a tight game but ended up on top of the Lancers 50-47 on Tuesday night.

Central DeWitt had the six point lead heading into the final period, but North Scott went on an 8-0 run to take back the lead in the middle of the fourth. Shawn Gilbert helped take some offensive momentum back, and after another bucket the Sabers had a 48-45 lead again with 2:20 to go.

The Lancers did cut it back to one point, but Gilbert had an offensive putback with 32 seconds left to give them a little more cushion. Gilbert finished with 25 points while Gibson McEwan had 15.

CAMANCHE – A varsity split was the results on Tuesday night in Camanche against the Bellevue Comets, the girls falling and the boys taking home another conference win.

The Camanche girls fell in their return to River Valley Conference competition 57-12.

The Storm managed single digits in all four quarters, never mustering more than four points in an eight minute period. They trailed 35-7 at the half.

The Storm girls (2-4, 3-5) travel to Anamosa next, facing the Raiders Friday night.

The No. 8 ranked boys won their game 60-43, pulling away in the third quarter to stay perfect on the season. The Storm were up by just two points at halftime and outscored the Comets 22-10 to take a 44-30 lead into the final quarter.

Mike Delzell was the leader with 19 points and 11 rebounds on the night. Zane Witt put up another 17 points and Adam Dunlap put in nine.

The No. 8 Camanche boys (7-0, 8-0) try to stay perfect this Friday with a road game against Anamosa.

GOOSE LAKE – Both the varsity boys and girls’ teams from Northeast fell in River Valley Conference play on Tuesday night, both at the hands of unbeaten Monticello teams on their home floor.

The Rebel girls kicked the night off in Goose Lake, but fell 50-14 in their first competition of the new year to the 8-0 Panthers.

The Panthers have the No. 10 ranking in Class 2A polls and have yet to lose in the RVC. Northeast put up another fight against the undefeated team, falling 53-47.

The Rebels haven’t lost a single game by more than six points this year.

MANLIUS, Ill. – The Fulton Steamers stayed good in conference play and improved to 16 wins on Tuesday night with a 66-44 win over Bureau Valley on the road.

Ethan Price hit a three in all four quarters to lead the way with 22 points. Baylen Damhoff had 14 and Jacob Jones had 13.

FULTON, Ill. – The Fulton Steamers picked up a win against Rock Falls and fell to Lena-Winslow on their home mats Tuesday night.

Le-Win, ranked in Class 1A in Illinois, downed the Steamers 62-3. The Steamers are working with a small roster this year each dual, and had eight different forfeits in the dual, giving an automatic 36-0 advantage to the Panthers.

The only points picked up in the Le-Win dual was by Ben Fosdick. Fosdick won at 126-pounds with a 10-4 decision.

Fosdick also won by forfeit in the Rock Falls dual. Fulton beat Rock falls 36-24 for a win in the triangular.

Conner Sheridan picked up a win by fall in just 55 seconds at 152.

Xander Wallling also got a pin on the night in the heavyweight division, pinning his opponent in the first period at 1:48.

The Steamers are back in action Thursday night, traveling to Orion High School.

ORION, Ill. – The Camanche Storm returned to wrestling as well on Tuesday, competing against Orion and Mercer County across the river.

Ethan Benavides picked up a 13-6 decision over eke Arnold at 138-pounds. Ethan Middendorp won 220-pounds by fall in the second period over Louie Minteer.

Benavides got a second win over Orion’s Caden Wegerer, pinning him in 1:47. Hunter long picked up a tech fall at 126-pounds over Orion’s Cole Perkins.

The Storm are back in action on Thursday night, competing at Bellevue High School.