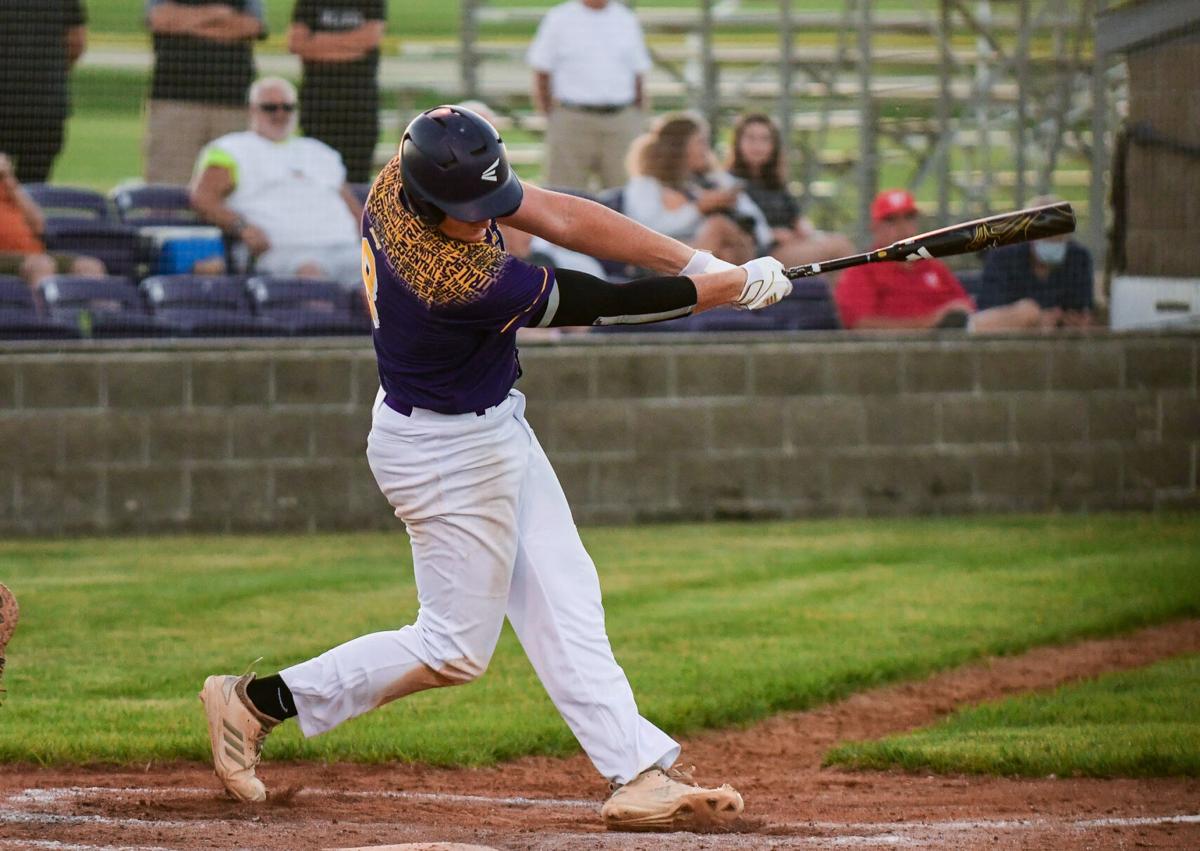 Central DeWitt senior Tucker Kinney swings at a pitch during the Sabers’ 5-4 loss to Marion in the 3A substate game in DeWitt on Wednesday. Kinney led the Sabers with three hits on the night. 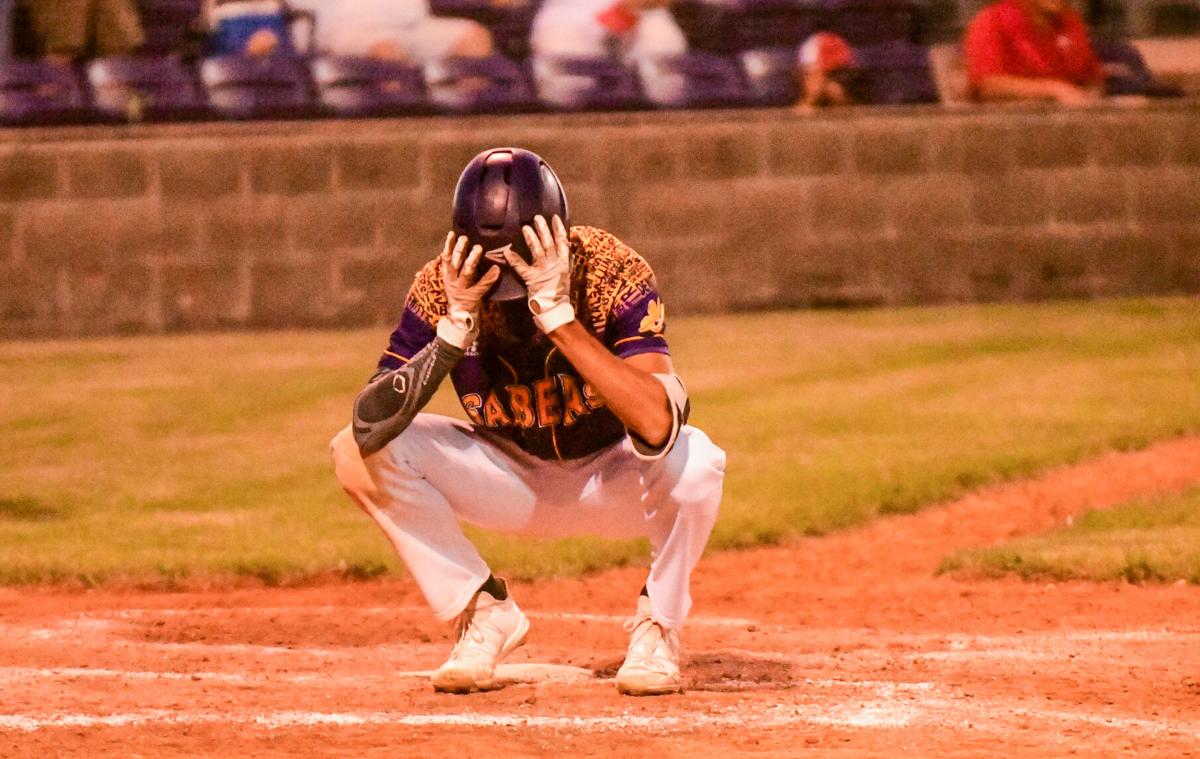 Central DeWitt Alex McAleer reacts at home after the game ended on Wednesday night, ending the Sabers’ season with a 5-4 substate loss to Marion. McAleer finished with two hits and an RBI in the game. 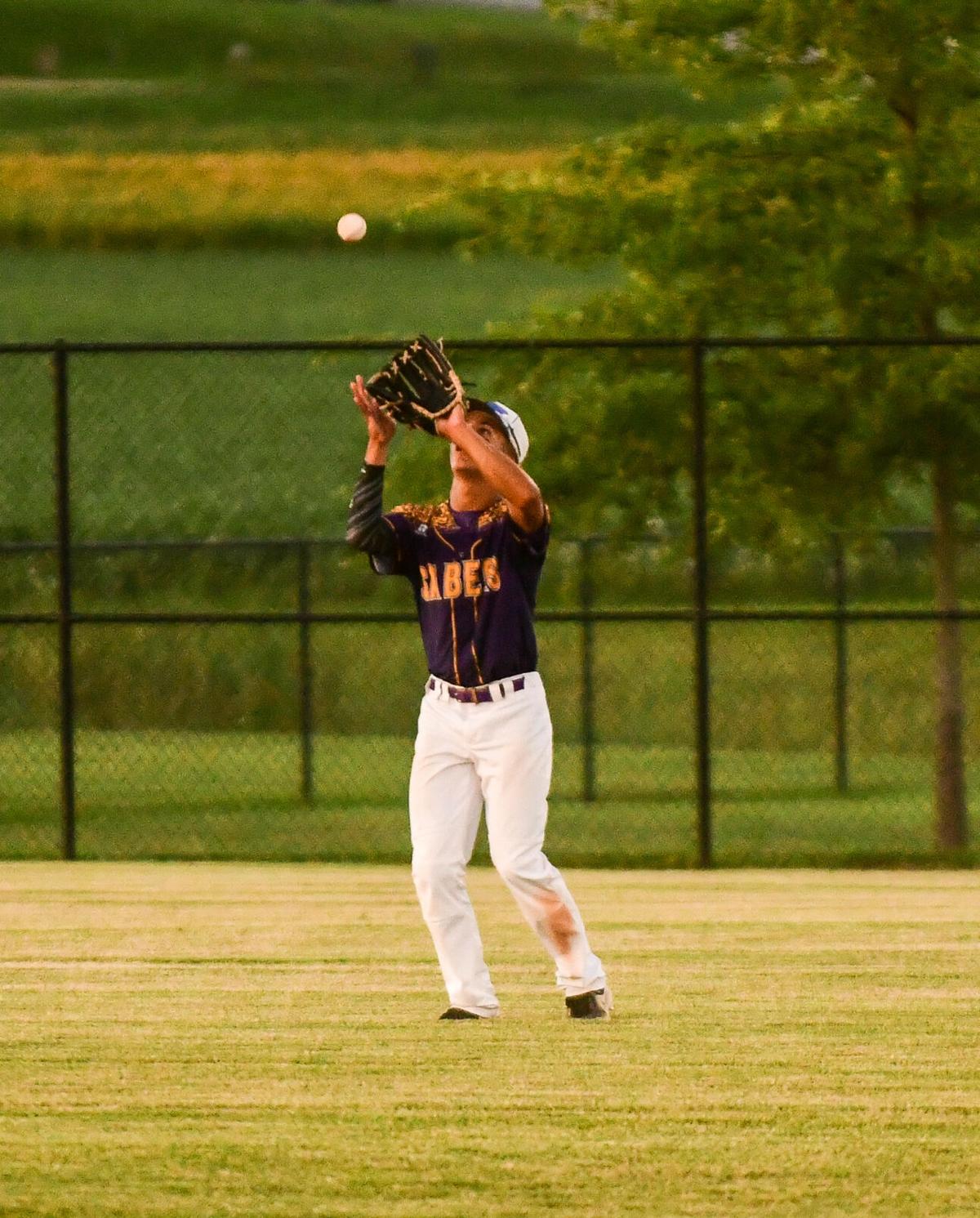 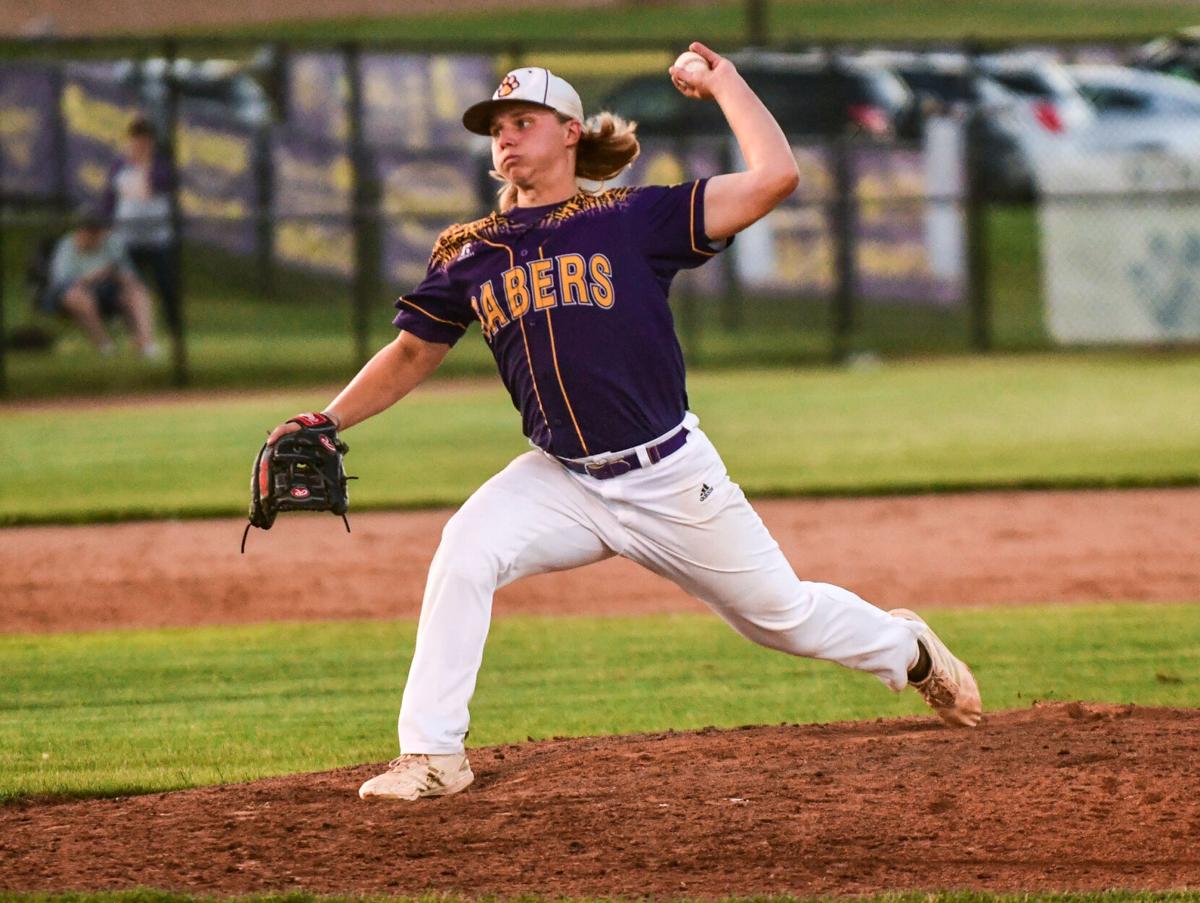 Central DeWitt senior Tucker Kinney swings at a pitch during the Sabers’ 5-4 loss to Marion in the 3A substate game in DeWitt on Wednesday. Kinney led the Sabers with three hits on the night.

Central DeWitt Alex McAleer reacts at home after the game ended on Wednesday night, ending the Sabers’ season with a 5-4 substate loss to Marion. McAleer finished with two hits and an RBI in the game.

DEWITT – With one final swing, the air went quiet in DeWitt on Wednesday night as senior Alex McAleer fell to the plate in distress.

The final strikeout of the night ended the No. 3 ranked Central DeWitt baseball season with a 5-4 loss to Marion at home. The 2019 runner-up Sabers fell in the Class 3A substate game, slashing any hopes of returning to Des Moines for another run at the championship game.

“Tonight we didn’t play very well defensively and our pitching was suspect at times,” Central DeWitt head coach Shane Sikkema said. “Walks and errors are going to cost any good baseball team, and they cost a good baseball team tonight.”

The Indians and the Sabers met in the first contests of the season back in June, with Central DeWitt coming away with two victories by five runs each.

The Sabers battled from behind all night Wednesday, but the final blow came in the top of the seventh with the teams even at 4-4. A short hit to Noah Thein on the pitcher’s mound with a runner on should have been turned as a double play to end the inning. Instead, a throw was thrown over the second baseman’s head.

The Sabers turned the ball to third base, the throw arriving late. With the second runner heading towards second, they whipped back over but sent the ball into the outfield again. The second error of the play allowed the runner on third to score, giving the Indians a 5-4 lead.

The Sabers were unable to reach base in their half of the seventh, striking out twice and sending the Indians to the field to claim their state-qualifying banner.

Central DeWitt plated the first run of the night in the bottom of the first. Senior Alex McAleer started things off with a double. Senior Tucker Kinney followed things up with a single, and then McAleer came in on a sac fly from Boomer Johnson.

McAleer and Kinney accounted for five of the Sabers’ seven hits.

“Tucker Kinney and Alex McAleer, definitely [came through on offense],” Sikkema said. “Alex was the Player of the Year in the WaMac and he showed that tonight.”

The Indians responded right away. A leadoff single was followed by a walk from DeWitt pitcher Boomer Johnson. A big double then fell in the left-center gap, tying the game.

The Sabers then failed to field a bunt, allowing another run to cross home.

Three of the Indians’ five runs came from batters who had reached base on balls. Saber pitchers walked five through the seven innings, hitting one.

“I think we’re taught to be more disciplined than that,” Sikkema said. “You always have to play the next pitch. Baseball is a game of failure, and this team definitely wasn’t afraid of failure, it’s just that we made mistakes tonight.”

Meanwhile, the Sabers struggled to get their offense going through much of the game. They did out-hit the Indians (7-6), but their approach at the plate didn’t move much around. Of their 25 at-bats, they fell behind in the count on the first pitch 15 times.

“I think our approach this year hitting-wise got better, and we did out-hit them tonight, so that’s a positive,” Sikkema said.

The Indians held the lead, adding to it, until the bottom of the fifth. Still trailing 4-2, Kadien Muhl started things with a single. A bunt from Thein moved him over, and then McAleer knocked in the run with a 2-out RBI single. Kinney’s double immediately following brought in McAleer and pulled the Sabers even with the Indians for the first time since the second inning.

It stayed tied until the errors in the seventh.

“We got those two runs and I thought we were in the driver’s seat,” Sikkema said. “Our players had the confidence and I thought they were ready to come out on top. It’s just a couple of bad throws and you have to blame that on coaches for not having them prepared.”

“They worked hard all five years,” Sikkema said about his senior class. “They put time in outside of the season, it wasn’t just the first day of practice, they were always preparing in the offseason and the winter and it showed. That’s why we had more wins than losses this year, you have to put the time in.”