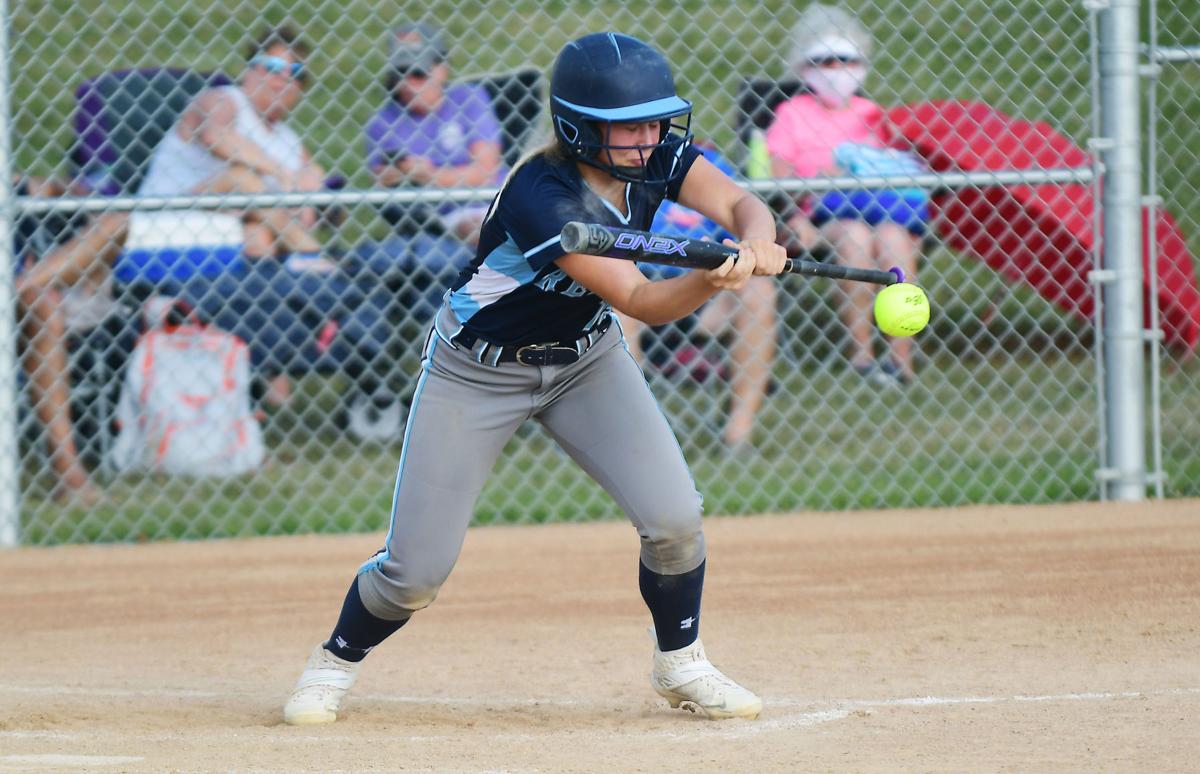 Northeast senior Audrey Morris lays down a bunt during a regular season home game for the Rebels in Goose Lake. 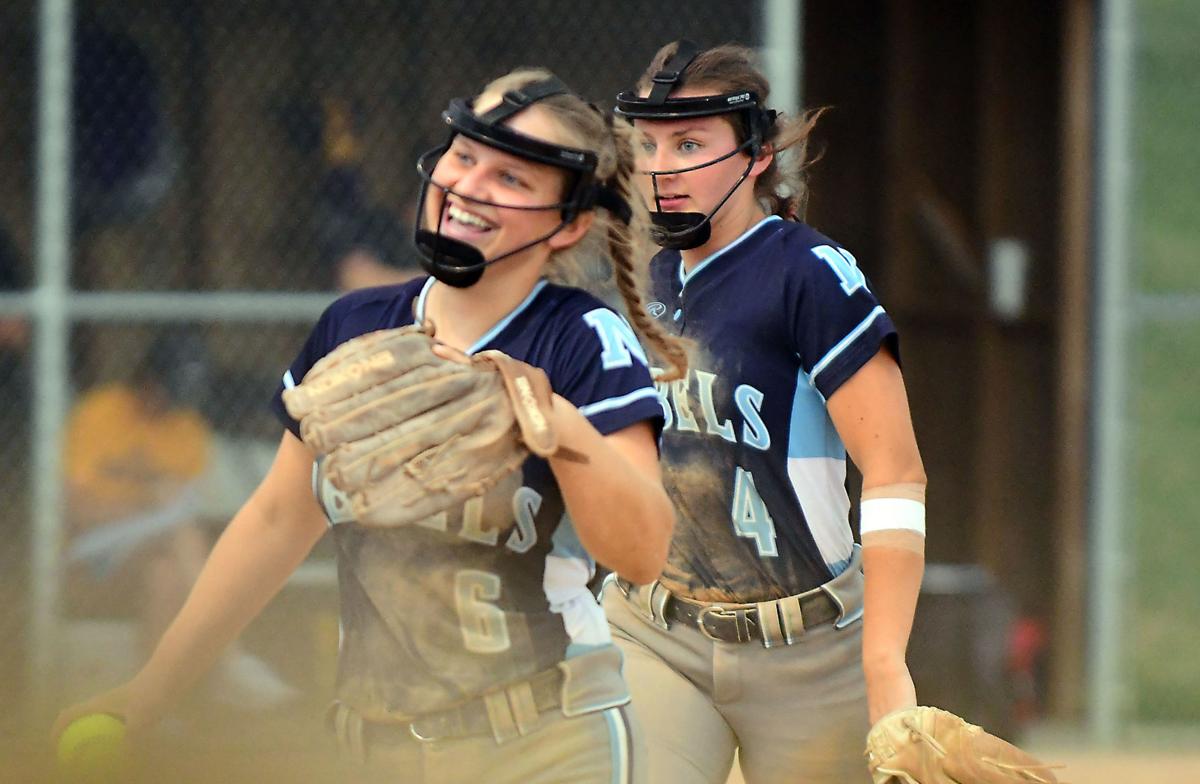 Valerie Spooner and Alexis Ehlers head back to the dugout after the Rebels turns a double play during a regular season home game in Goose Lake.

Northeast senior Audrey Morris lays down a bunt during a regular season home game for the Rebels in Goose Lake.

Valerie Spooner and Alexis Ehlers head back to the dugout after the Rebels turns a double play during a regular season home game in Goose Lake.

“I knew coming into this year that last year we ended on a decent note,” junior Alexis Ehlers said. “I knew full on if we’re going to do it, this will be the year and we all knew that. That made all of us just a little more competitive and it’s really making us excel.”

“Having what we did last year, it made us go from a good team to a great team and now we’re an elite team,” senior Audrey Morris said. “We have good championship talk, fielding and hitting and we’re all ready to take it to the next level.”

The Rebels have dominated much of the abnormally short 2020 season, rolling over teams, winning by eight or more runs seven times in their sixteen wins.

One way they’ve done that is keeping other teams off the board. The Rebels have allowed more than five runs just once this season, recording four shutouts along the way. They boast the second highest fielding percentage (.960) in all of Class 2A.

“We have a good team chemistry and an understanding of where to go with the ball,” Morris said. “We communicate a lot better than we did last year. We’ve done a better job of executing everywhere and when we get into pressure situations, we know not to freak out and just go with the flow.”

“I’ve been playing with these girls since I was like eight, and that just makes the bond stronger and stronger,” junior Valerie Spooner said. “Each play it makes them even more trustworthy and you just know that you’ve got their back and they’ve got yours.”

The roster is full of athletes who play multiple sports at Northeast High School, like state sprinters Alexis Ehlers and Neveah Hildebrandt, or state thrower and basketball player Claire Abbott. That makes their defense quick and smart.

But they’ve also realigned their focus, too.

“This year, [Coach Travis] Eversmeyer has preached the little things,” Ehlers said. “I think that’s something we’ve all followed through with this year. Once we got on the field we all respected that and really made sure we did all the little things right.”

Eversmeyer is in his second year as head coach for the softball team, returning after a multiple year run as head boys basketball coach.

He has a motto that the Rebels have been following this year: E+R=O. That stands for “Event + Response = Outcome”.

Simply put, the Rebels have really focused on their response to whatever comes their way during games. No matter what play happens, they make sure the next play is better.

“We have great responses,” Spooner said. “Great outcomes come from that.”

“It’s definitely about picking each other up constantly,” Ehlers said. “You can’t play the blame game. We have trust that we’re going to get it done.”

Defense isn’t the only place the No. 4 Rebels shine. They’re one of just three Class 2A teams to have a team batting average over .400, and senior Bree Mangelsen has the fifth best average in the state.

“We can execute the small ball really well and hit bombs when we need to,” Audrey Morris said. “Holding everyone to the standards we need to is definitely something we’re good at doing.”

“Even when you’re not batting, you still are,” Ehlers said. “Everyone pays attention to every pitch.”

The Rebels entered regional play on an eight-game winning streak. They get to host the Class 2A Region 7 games, and opened up on Wednesday night by beating Clayton Ridge.

After teetering on the edge of being a great team in 2019, they’re ready to make that jump with the start of the postseason.

“For me, we were so close,” Alexis Ehlers said. “Being a competitive player it was hard to swallow at the time. It made us in the offseason work so much harder to overcome those and you can see the results.”

“We knew coming from last year to this year that transition wasn’t going to be hard,” Morris said. “We’ve been the same team for three years and knew once we got it, it was all going to click.”