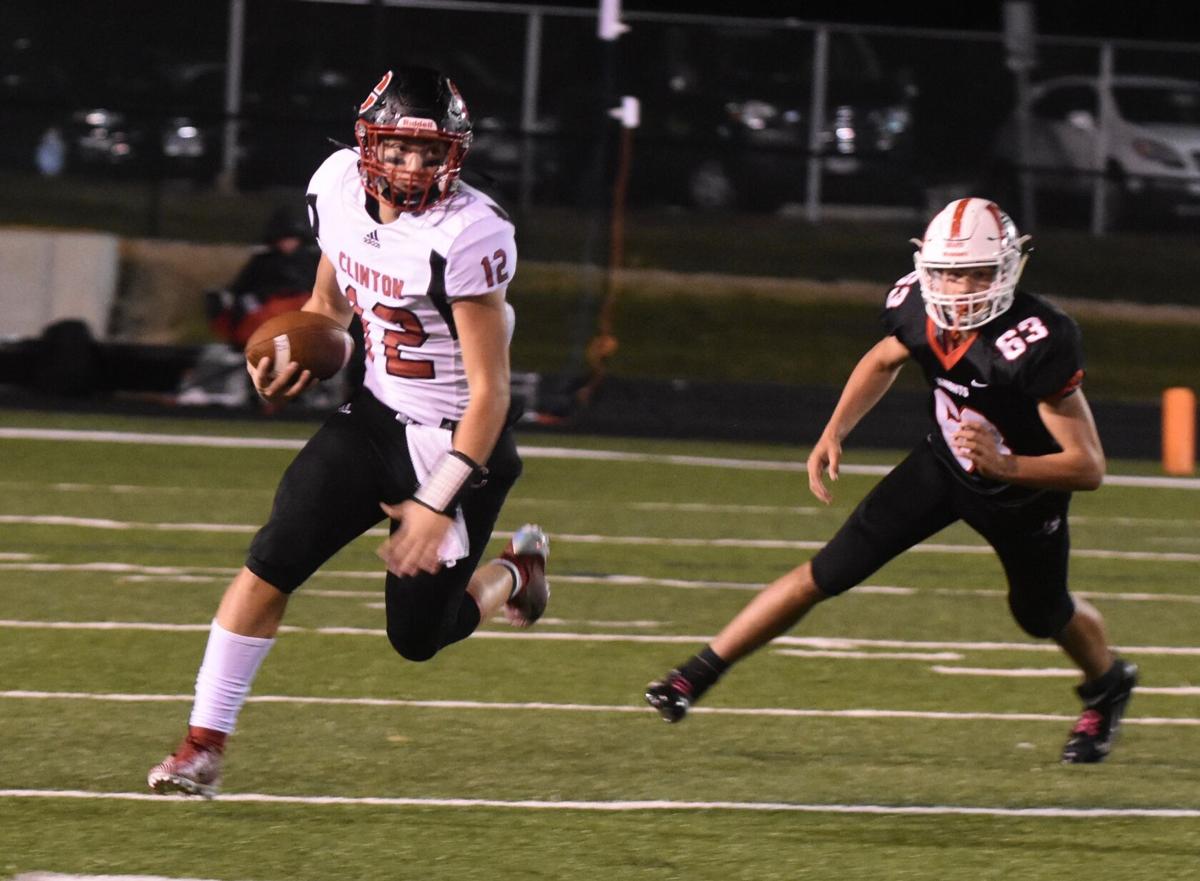 Clinton quarterback Jai Jensen (left) runs past Davenport Assumption’s Evan Forker during the River Kings’ loss to the Knights on Oct. 1 in Davenport 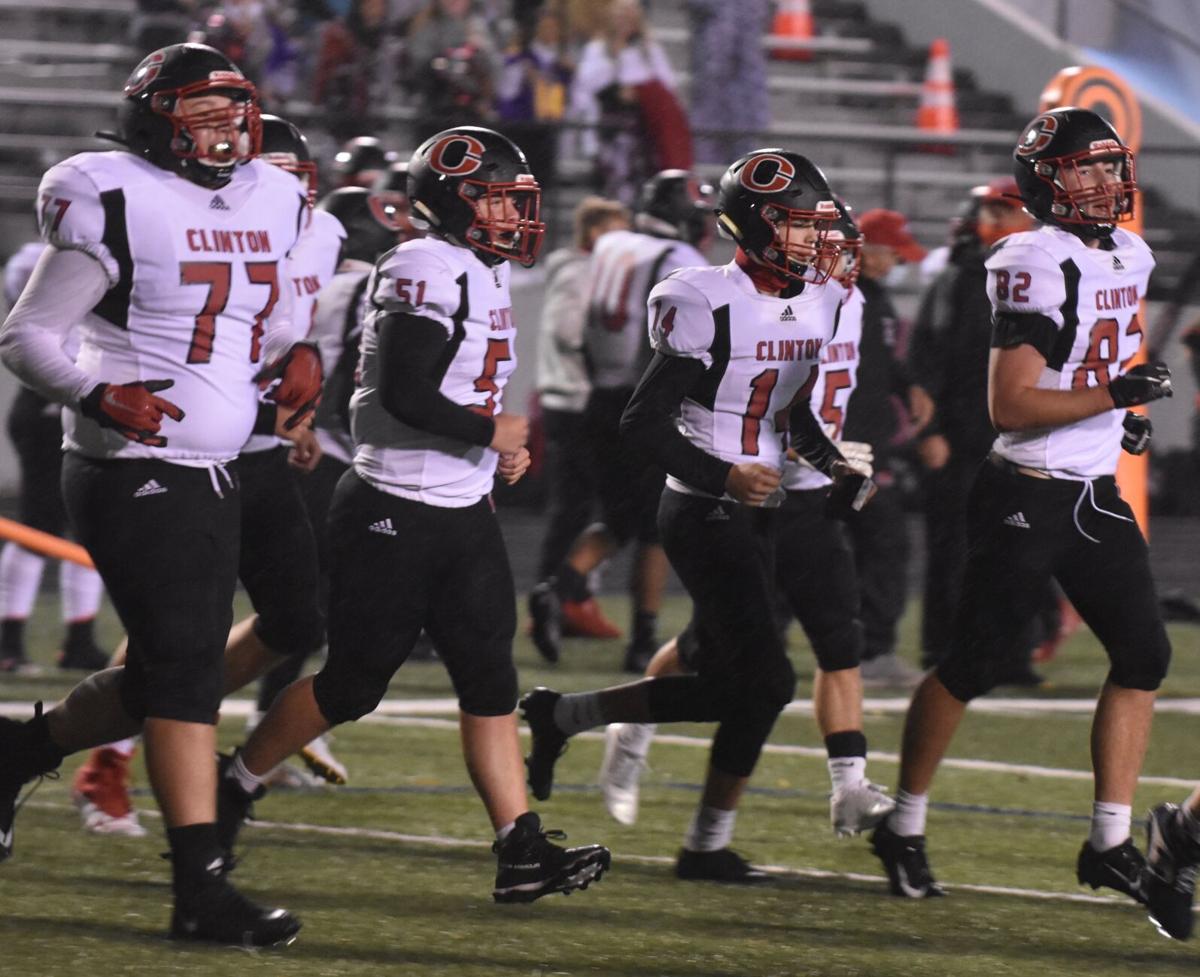 From left to right: Clinton’s Jacob Perales, Merick Still, Devon Lewison and Seth Dotterweich run off the field during Clinton’s loss to Davenport Assumption on Oct. 1 in Davenport.

Clinton quarterback Jai Jensen (left) runs past Davenport Assumption’s Evan Forker during the River Kings’ loss to the Knights on Oct. 1 in Davenport

From left to right: Clinton’s Jacob Perales, Merick Still, Devon Lewison and Seth Dotterweich run off the field during Clinton’s loss to Davenport Assumption on Oct. 1 in Davenport.

DAVENPORT — Clinton junior quarterback Jai Jensen looked to his right and he knew what was coming next.

A touchdown was seconds away.

Class 3A No. 6 Davenport Assumption (6-0) defeated Clinton (0-5) 63-6 Thursday at Brady Street Stadium in Davenport, but Jensen threw his first touchdown pass of the season to senior Mitchell Metzger and the team saw several positives against a tough opponent.

“I saw the cornerback come up on the eight-yards out and when I saw him come up, I knew Mitchell was going to be wide open, so I just lofted it over and was just hoping it’d get to him,” Jensen said.

The River Kings had a hot start to the first quarter, as Seth Dotterweich and Addison Binnie each recovered Assumption fumbles.

“Like we said last week, we’re getting better as a football team,” Clinton coach Nate Herrig said. “We did some nice things and that young offensive line, they got better tonight. Our defense was flying around trying to make some plays — we struggled at times, but that’s okay.

“We showed some things that we can do in the future.”

After Binnie’s recovery, Dotterweich had a huge catch-and-run to the Assumption 25-yard line to set Clinton up in Knights territory.

A few plays later, Jensen threw the TD pass to Metzger, who made a diving catch in the right side of the end zone.

“It was awesome to get a really good start on them,” Jensen said. “No one probably expected that at all — none of us, none of them, I guarantee it. We came out and shot them right in the back right away and they responded to it, obviously, but we got a lot better as a football team. I think the line also did a great job as well.”

Assumption’s Dayne Hodge ran in a 23-yard TD to give the Knights a 7-6 lead by the end of the first quarter.

Less than two minutes into the second quarter, Hodge scored again on a four-yard run to make it 14-6.

A 73-yard touchdown run from Owen Hamel and an interception return for touchdown from Luke Jacobsen made it 28-6 with 4:05 to play in the second.

Assumption’s John Argo caught a seven-yard TD from quarterback Aiden Weiman just before halftime, making it 35-6 at half.

“We’ve got another good team against North Scott next week and I think that we can build off this,” Jensen said. “We got a little more confidence in each other and I have more faith in my linemen because they did a really good job tonight.”