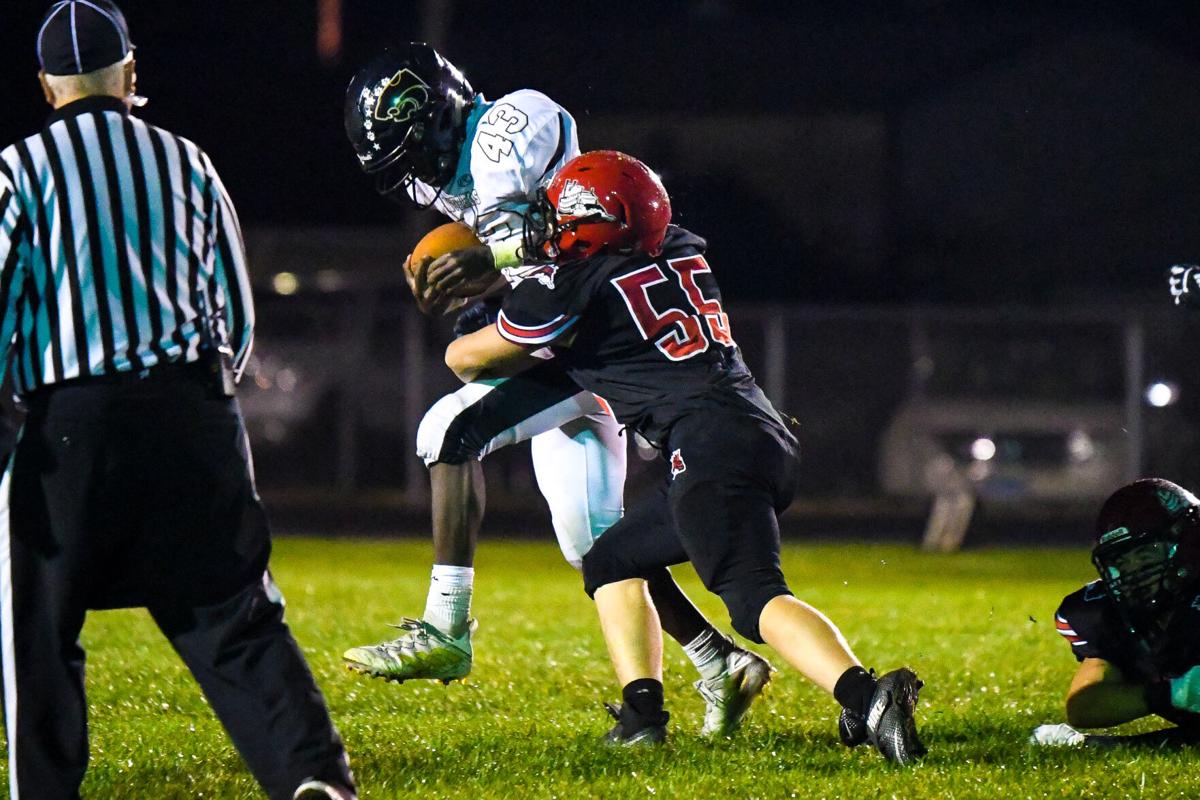 Fulton’s Zane Pannell tackles a Lena-Winslow running attempt on Friday night during the Steamer’s 54-7 loss to the Panthers on homecoming night. 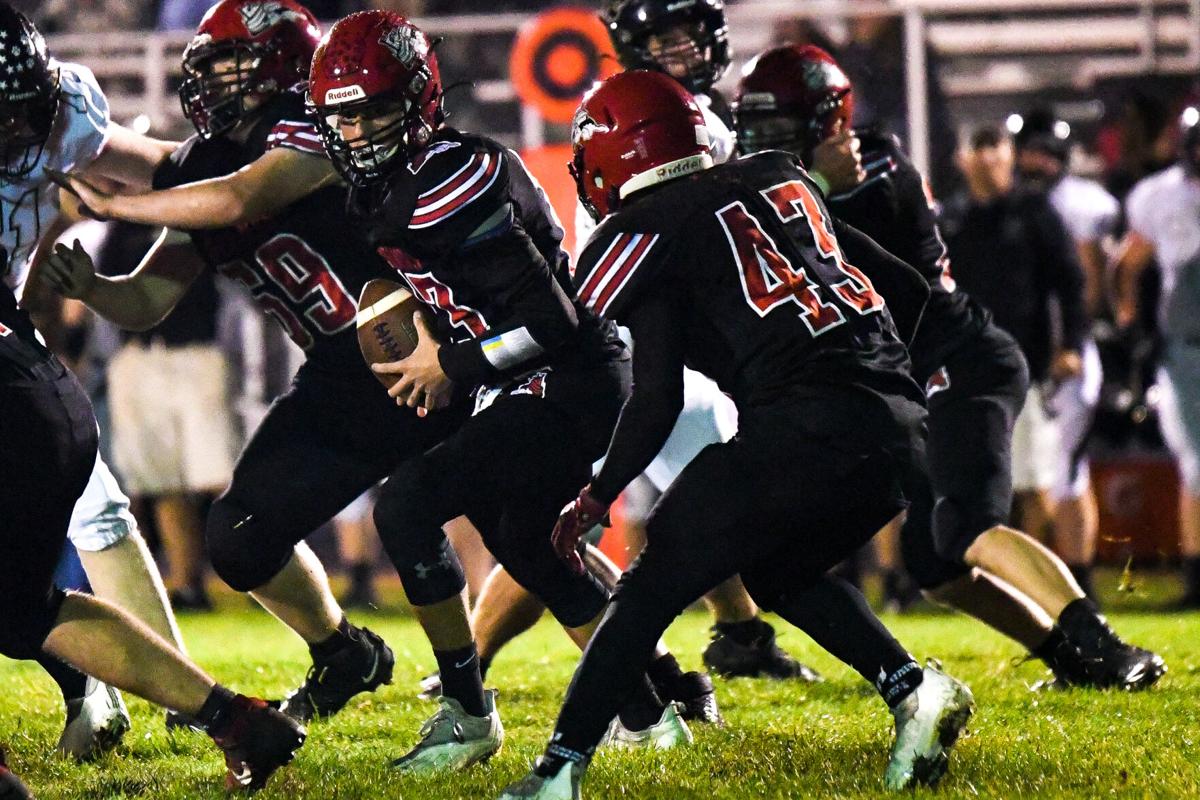 Fulton’s Zane Pannell tackles a Lena-Winslow running attempt on Friday night during the Steamer’s 54-7 loss to the Panthers on homecoming night.

FULTON, Ill. – Outsized, the No. 7 ranked Fulton football team couldn’t handle the top-ranked team in the state on Friday night.

“Against a good team you have to be perfect,” head coach Patrick Lower said. “We definitely were not perfect tonight.”

The Steamers fell in their homecoming game 54-7 to No. 1 Lena-Winslow.

The Panthers came in with the top slot in the Associated Press Class 1A poll and no losses on the year. Their sheer numbers and the physical size of their roster visibly outmatched the Steamers.

To make the loss hurt a little more, the Steamers lost senior quarterback Patrick Lower early in the second half. Lower went down on a tackle and came up with shoulder pain.

It was a dislocated shoulder which was treated on the sideline, but Lower didn’t enter the game again.

“He’s not in much pain, he’s sore, so we’ll have to reevaluate in the morning,” Coach Lower said. “He’s a leader and he understands what it’s like. He’s been on the sidelines since he was a little kid, been in the program forever. He understands injuries are a part of the game.”

Brayden Dykstra took over quarterback duties for the majority of the second half.

The one scoring drive for the Steamers came early in the game. Fulton was already trailing 16-0 and had a fourth down. They decided that it was their time to make a move.

“We were at our own 48 and we decided to go for it,” Lower said. “We hadn’t been able to to stop them so we figured lets do it. We got four or five yards and then we really started to control the line of scrimmage on that drive and got some big plays.”

A screen pass from Patrick Lower to Keegan VanKampen put the Steamers within ten yards of putting points on the board. A few plays later, VanKampen pushed the ball up the middle for the score.

That was the only offense that the Steamers could muster the rest of the game.

“It felt really good right there,” Lower said. “We had a little bit of momentum. But then we gave up the kickoff return down to our 40 and that was kind of a back breaker.

“It was just kind of downhill from the get go,” Lower continued after the game. “They’re good, they’re really good. They’re huge, they’re strong, they’re physical. They’re everything you want a football team to be. We knew they were really good, we just have to regroup.”

The Steamers had a few opportunities for momentum shifts but weren’t quite there to utilize them. When it was still a nine point game, the Steamers had the Panthers forced to a fourth down and inches, but Le-Win pushed the ball through for the first down.

Later, it seemed like the Steamers were going to hold them to a field goal on a fourth quarter drive. One break to the right side, though, and Le-Win extended their lead.

“I think it told them we can do it. Even defensively, we were in the right position to make plays. WE just weren’t doing it, we weren’t finishing or closing down enough. It’s frustrating because we were right there.”

Fulton kicks off week six with a road game, playing Stockton next Friday.

“We have four games I don’t know if we’ll be favored in, but we will definitely be able to compete,” Lower said. “We have to be ready, forget about it and move on.”