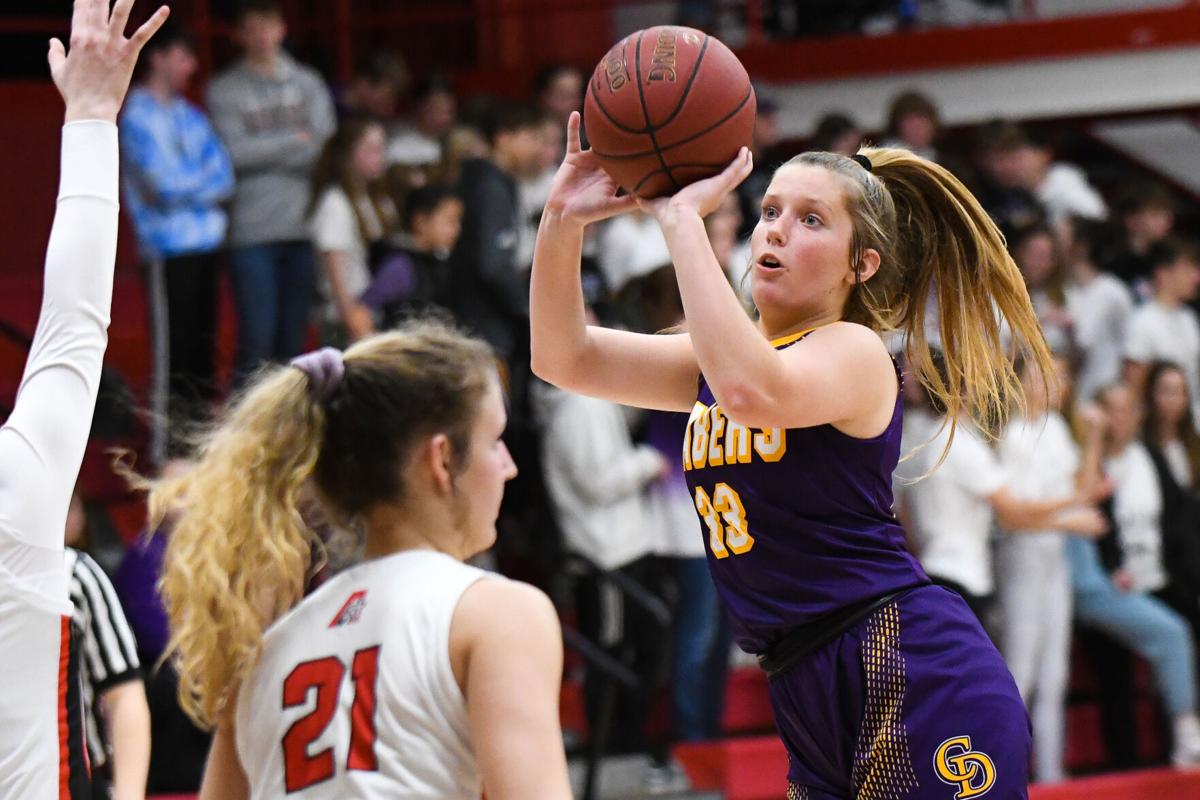 Central DeWitt’s Taylor Veach puts up a three-point attempt during the Sabers’ loss to Davenport Assumption earlier this season. 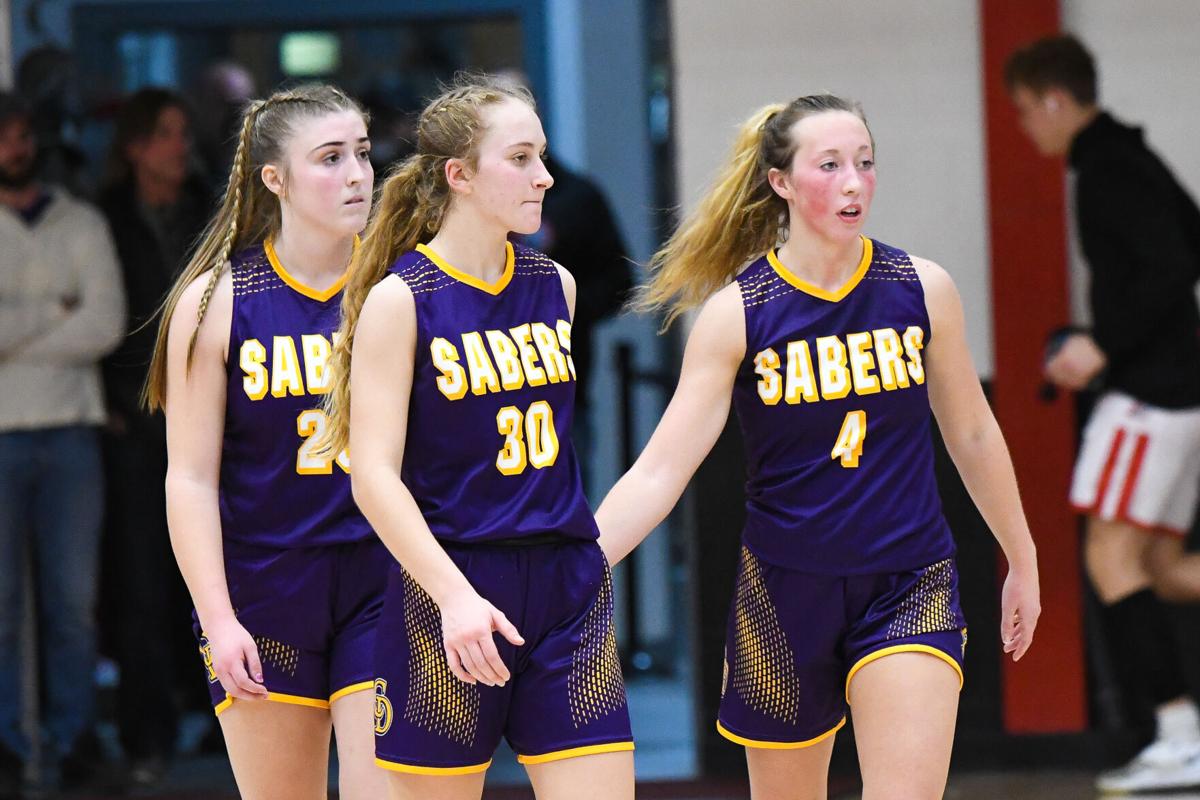 Central DeWitt’s Hannah Palzkill, Lauren Walker and Allie Meadows walk toward the bench during the Sabers’ loss to Davenport Assumption in December. 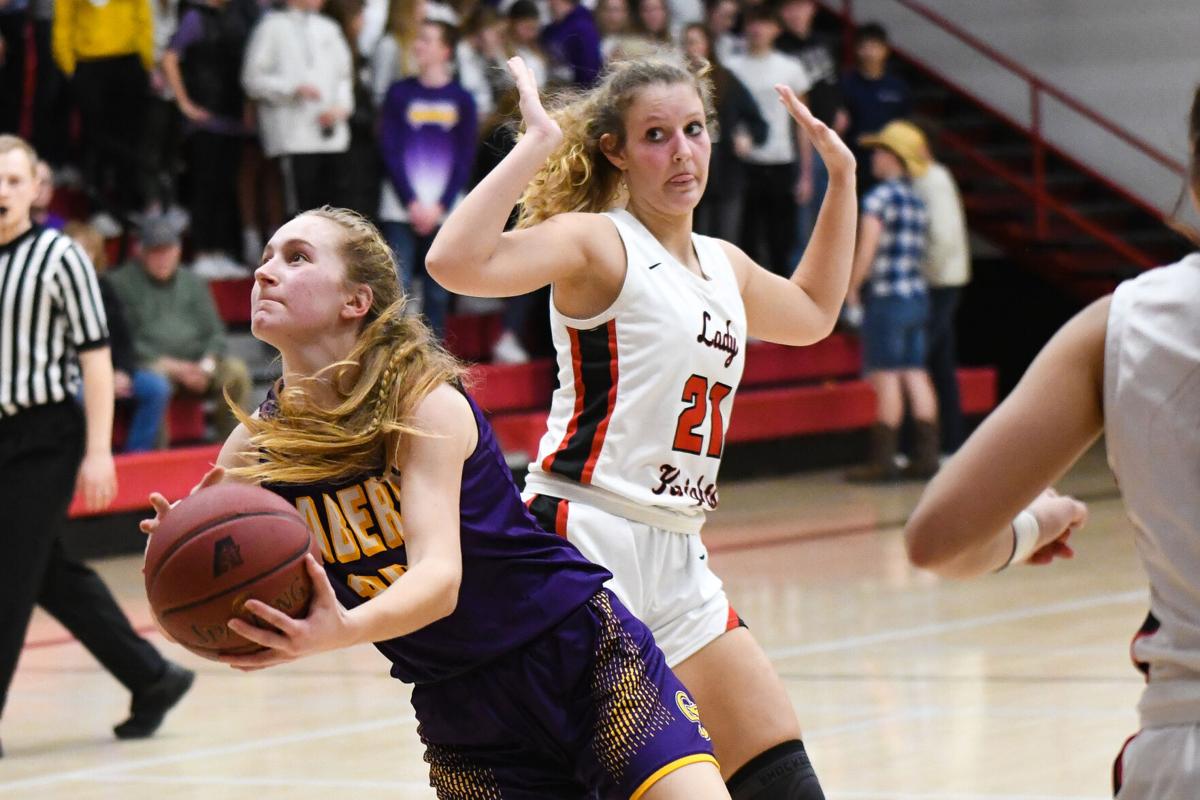 Central DeWitt freshman Lauren Walker tries to get a shot up with defense during the Sabers’ loss to Davenport Assumption earlier this season.

Central DeWitt’s Taylor Veach puts up a three-point attempt during the Sabers’ loss to Davenport Assumption earlier this season.

Central DeWitt’s Hannah Palzkill, Lauren Walker and Allie Meadows walk toward the bench during the Sabers’ loss to Davenport Assumption in December.

Central DeWitt freshman Lauren Walker tries to get a shot up with defense during the Sabers’ loss to Davenport Assumption earlier this season.

They’re not quite set on how to get there yet.

“We’re trying to work it out and the more games it’ll get better,” senior Taylor Veach said. “We’ve played with one other girl as a starter, maybe one other, but everyone else is all new. It’s just going to take time and reps to get used to each other and we’ll get there.”

The Sabers have proven already this year that they’re some of the top competition in the Mississippi Athletic Conference and in all of Class 4A. There have also been times where they haven’t looked like that team.

Their two losses so far this year came at the hands of ranked teams. Earlier in the season, the Sabers lost to Class 5A Pleasant Valley by ten points. The Spartans are ranked No. 10.

The other was a significant loss to Class 3A No. 10 Davenport Assumption.

“We need to use those games to learn from and not dwell on it,” Veach said. “We need these tough games so that we can see what our biggest weaknesses are. We have all coachable kids, just not the experience but it will come.”

The Sabers did beat Bettendorf earlier this season, who was ranked in Class 5A at the time.

Competition doesn’t get any easier. The Sabers take on No. 12 North Scott in their first competition of 2022, and then they take on Pleasant Valley in a MAC rematch within the first two weeks.

They know they have the consistency behind DI signees Taylor Veach and Allie Meadows. The pair have four years of varsity experience combined with their talent, and have been leading the scoring for a lot of the season. Meadows averages nearly 17 points a game and Veach another 14.

But after four years, opponents know which players they need to key on. In both their losses so far this year, Veach has been held to single digits.

“You’ll have those [off nights],” Veach said after the loss to Assumption. “We need to do better as a team, because everybody is going to have those nights but we need to be able to change that and adjust.”

That has left the Sabers low scoring and hunting for points when their competition is able to shut down their two seniors.

“It comes down to confidence,” Meadows said. “We’d get the ball in and the wings don’t know when to call for it, because in that past we’ve just taken it. That comes with playing with each other.”

After last season, the roster lost a few key seniors who had been playing with Veach and Meadows. Entering the lineup was a mix of underclassmen and players who haven’t seen a ton of varsity minutes.

They’re learning their new roles – including that they have to step up when their points producers are shut down.

“I think we’ve stepped up big in other games and other people have stepped up,” Meadows said. “There are just nights we don’t get into that offensive flow.”

Lauren Walker averages nine points a contest currently as a freshman. Sophomore Carleigh Tobey averages another five. Walker has been stepping up, though, as 36 of her points this season came in the last two games before the holidays.

They’re also in the process of working under an entirely new system. After the departure of head coach Chad Specht, the Sabers are under the leadership of Justin Shiltz. Shiltz said from the beginning of the season that this was going to be an obstacle the team was going to have to face as the season progressed.

“The weakness [will be] a new system and style on both ends of the floor,” Shiltz said before the season started.

Despite still looking for that offensive consistency, the Sabers are still sitting with one of the best records in the MAC at 6-2 overall. Their big tests come in the first two weeks of the new year and then later this winter when they hit the Class 4A postseason.