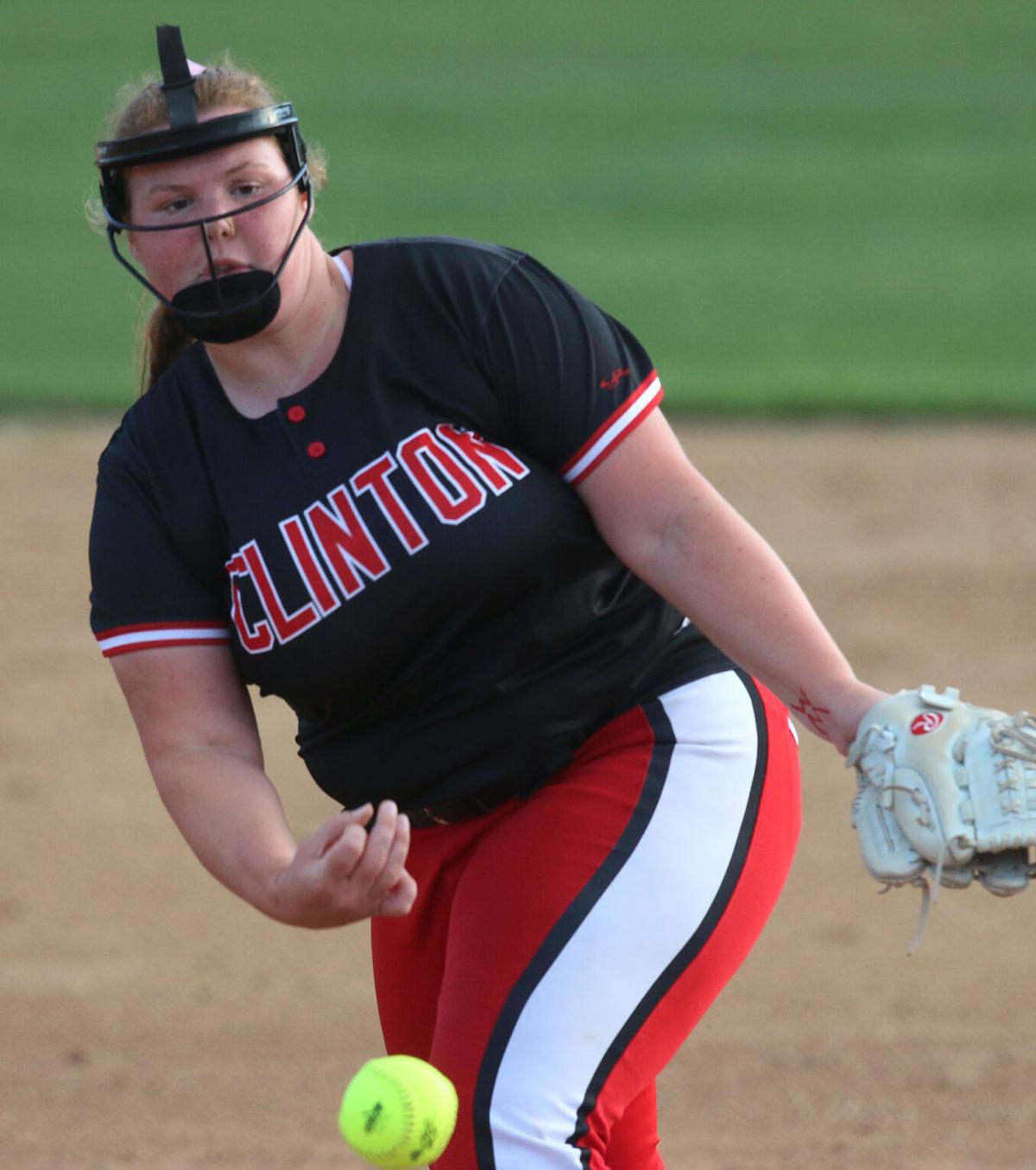 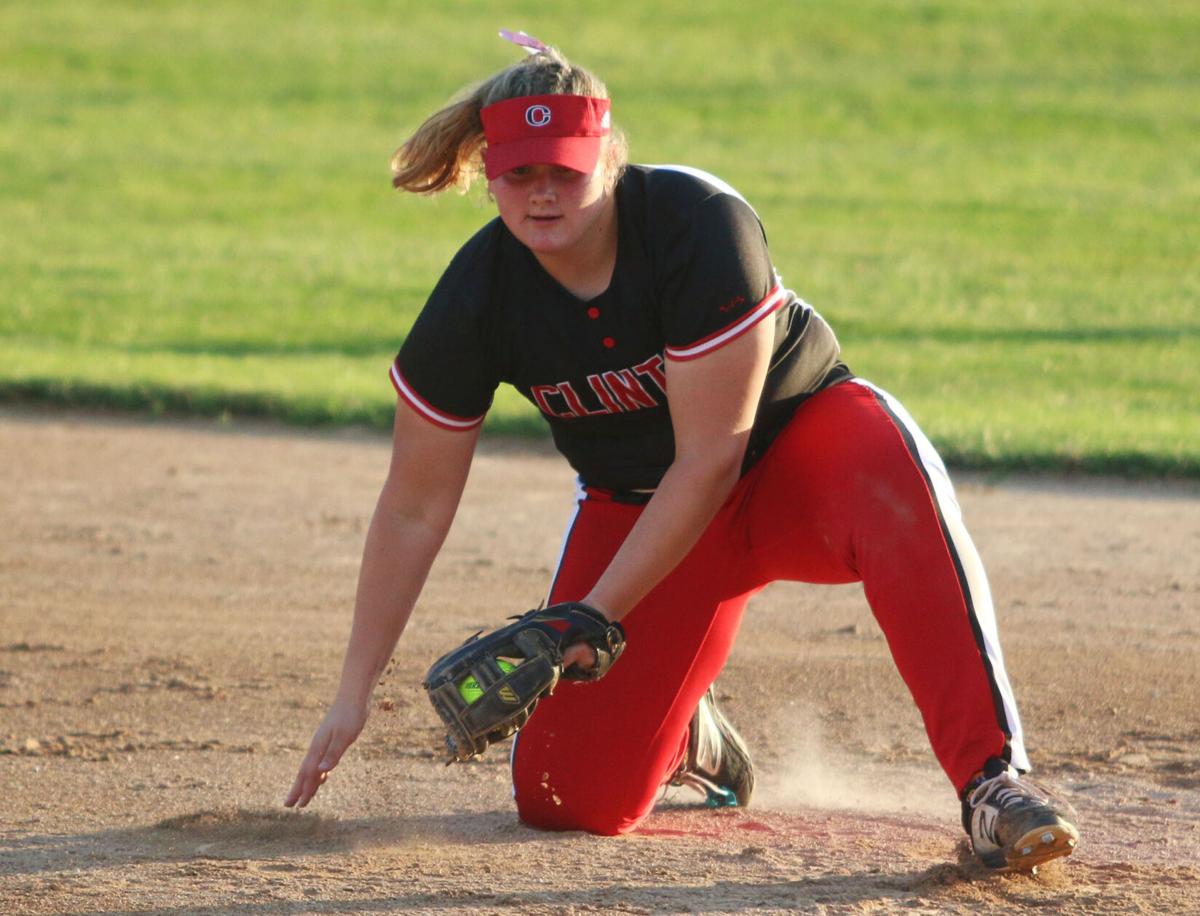 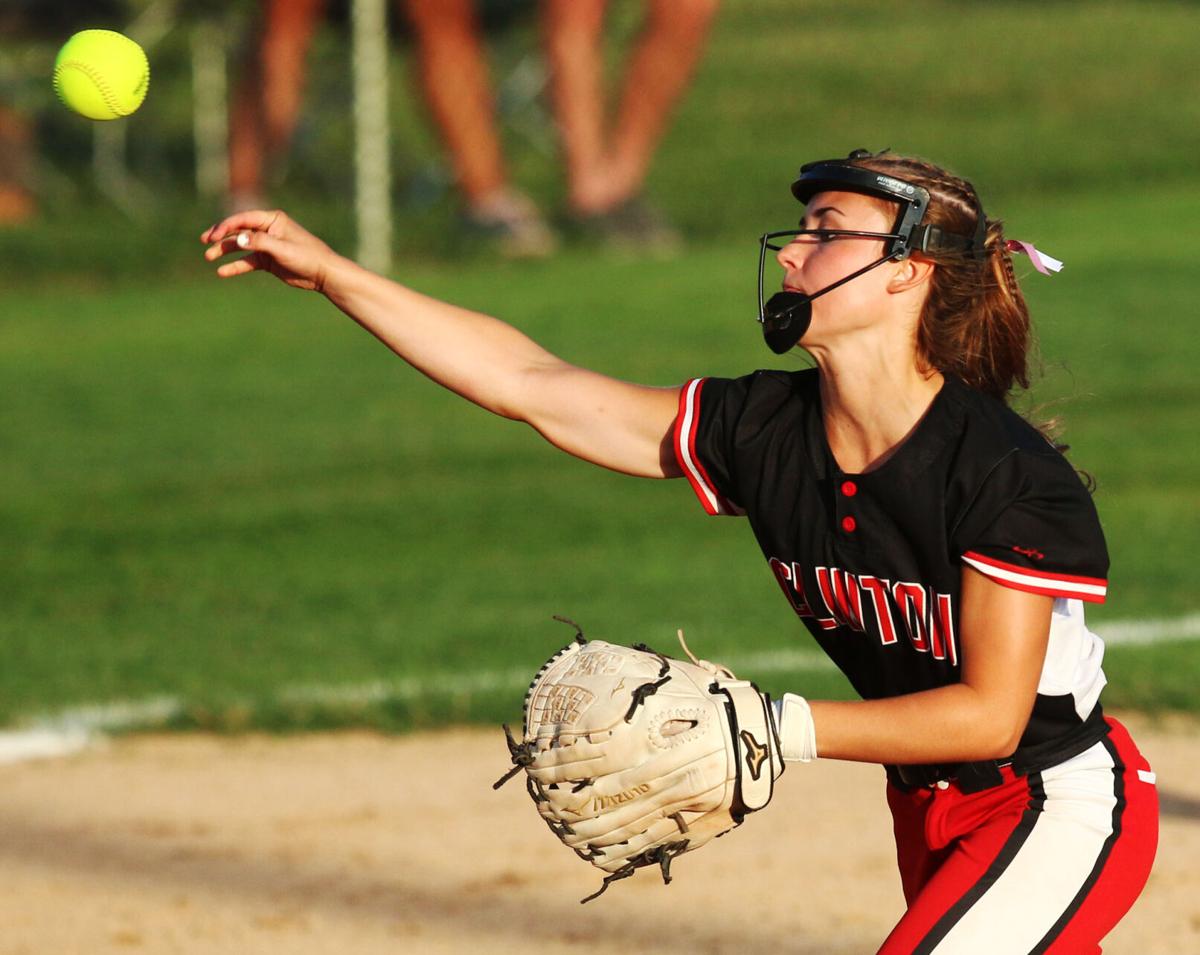 Clinton High School’s Avery Dohrn throws out a runner at the plate, during their game against North Scott, Thursday, July 8, 2021.

Clinton High School’s Avery Dohrn throws out a runner at the plate, during their game against North Scott, Thursday, July 8, 2021.

ELDRIDGE, Iowa — The Clinton softball team may have lost, but Thursday night was a celebration.

With tears in their eyes, the River Queens’ coaches and players hugged one another, passed out presents and even rocked specially-decorated “rally caps” after the game.

They didn’t treat it like a loss because in the end, it wasn’t.

“It just shows how close we are as a team,” Clinton coach Kaitlyn Muhlenbruch said. “We’ve had some hard games, had some hard times, but one thing that we talked about is our girls have fought through a lot of different types of adversity. There’s a lot of times that we could have gave up, but we didn’t. We came back and battled.

North Scott (16-20) defeated Clinton 6-1 in a Class 4A Regional Quarterfinal.

“Our first two or three innings, we came out strong and it really was mental with us,” Clinton senior Makenzie Cooley said. “We knew we needed to get runs up, but we got on base, which was really good.”

“Even our coaches said it always happens on two outs because we think we’re done and we never get the last one,” Clinton senior Amber Lee said.

Clinton freshman Nevaeh Hart had an RBI in the seventh inning. Avery Dohrn had two hits, while Emma Milder, Lauren Brennan and Ashtyn Dohrn all had one.

Brennan, one of three seniors along with Lee and Cooley, pitched six innings with 12 hits and six runs (four earned).

“I know I’m not going to strike them all out, but I was just trying to get them to hit pop flies and easy ground balls that we could handle, but I think I did a pretty good job of that,” Brennan said.

The River Queens end the season 9-21, ninth in the Mississippi Athletic Conference — a five-win improvement over last season. They went into Thursday wanting to prove something.

“I think North Scott thought they were going to run all over us,” Cooley said. “We overcame a lot of things throughout the season and I think we came together as a team. Even though we came up with a loss, I think we were all there tonight.”

“We didn’t come into this game already thinking we were going to lose,” Brennan said. “We fought as hard as we could and it just didn’t come out on our end.”

Lee said the River Queens wanted to change how Clinton was perceived.

“It’s like the stereotype of Clinton — people hear Clinton and they’re like, ‘Oh, it’s Clinton,’” Lee said. “We changed that tonight, I think.”

Muhlenbruch had a lot to say about the River Queens’ three seniors.

“It says a lot how sad our girls are right now because they know who they’re losing. People have got some big shoes to fill for those three seniors. They’re a tough group of girls and I love each one.”

The seniors wanted to help build a foundation in Clinton’s program.

“I think when we all three played well, the underclassmen were able to look up to us if they needed something,” Cooley said. “Just being there for them really helps them, motivates them and doesn’t let them get down.”

“It was special because us three are the oldest ones, so we have to teach the underclassmen how everything’s supposed to be done,” Lee said. “We did a lot better this year than last year, so that made it a lot more special.”

“Last year, we had three seniors that left us,” Brennan said. “They left a really good foundation for us to build off of, and I just wanted to follow in their footsteps and do the program justice.”

The three seniors credited the coaches with helping the whole team improve this season. The River Queens had just three seniors, one junior and all underclassmen after that — which the seniors say will set up the team for a big year next year.

“They always believed in us, no matter what,” Brennan said. “Even though we may not always play the best, they pushed us and motivated us. They know that we can play better than we do sometimes and they make us realize that we’re better than we think we are.”