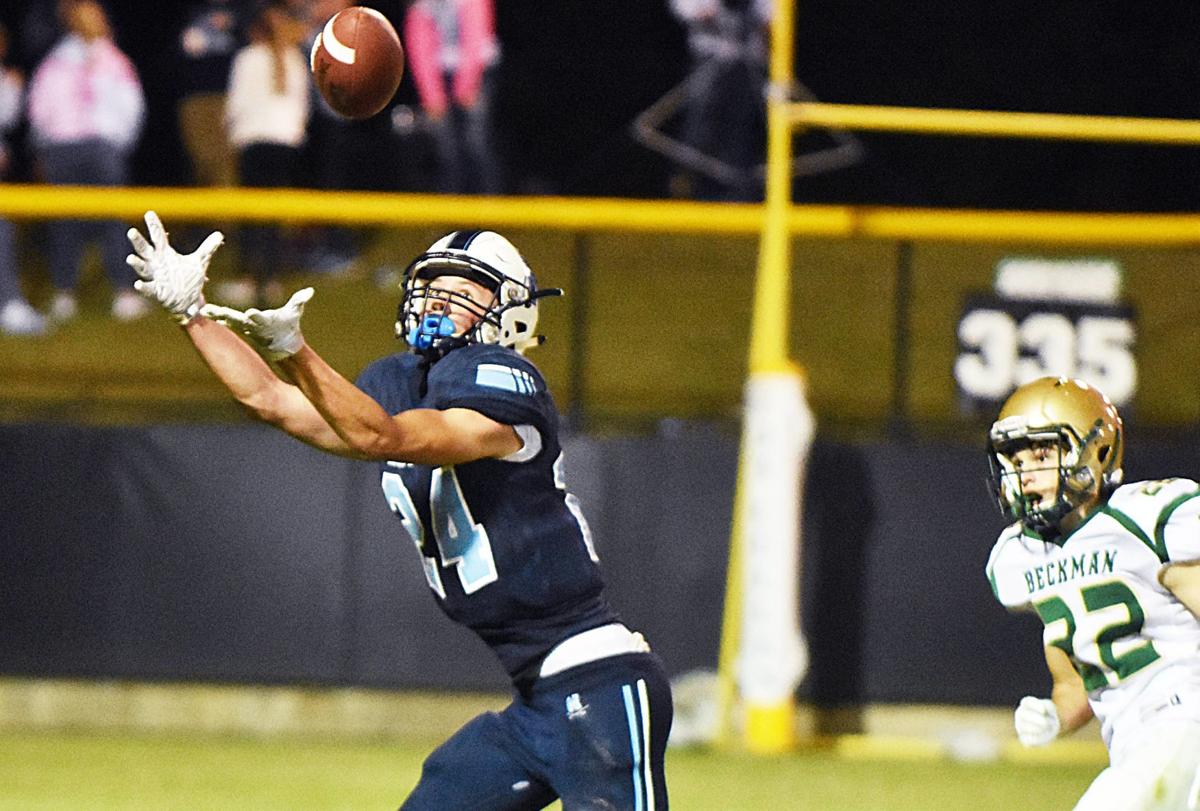 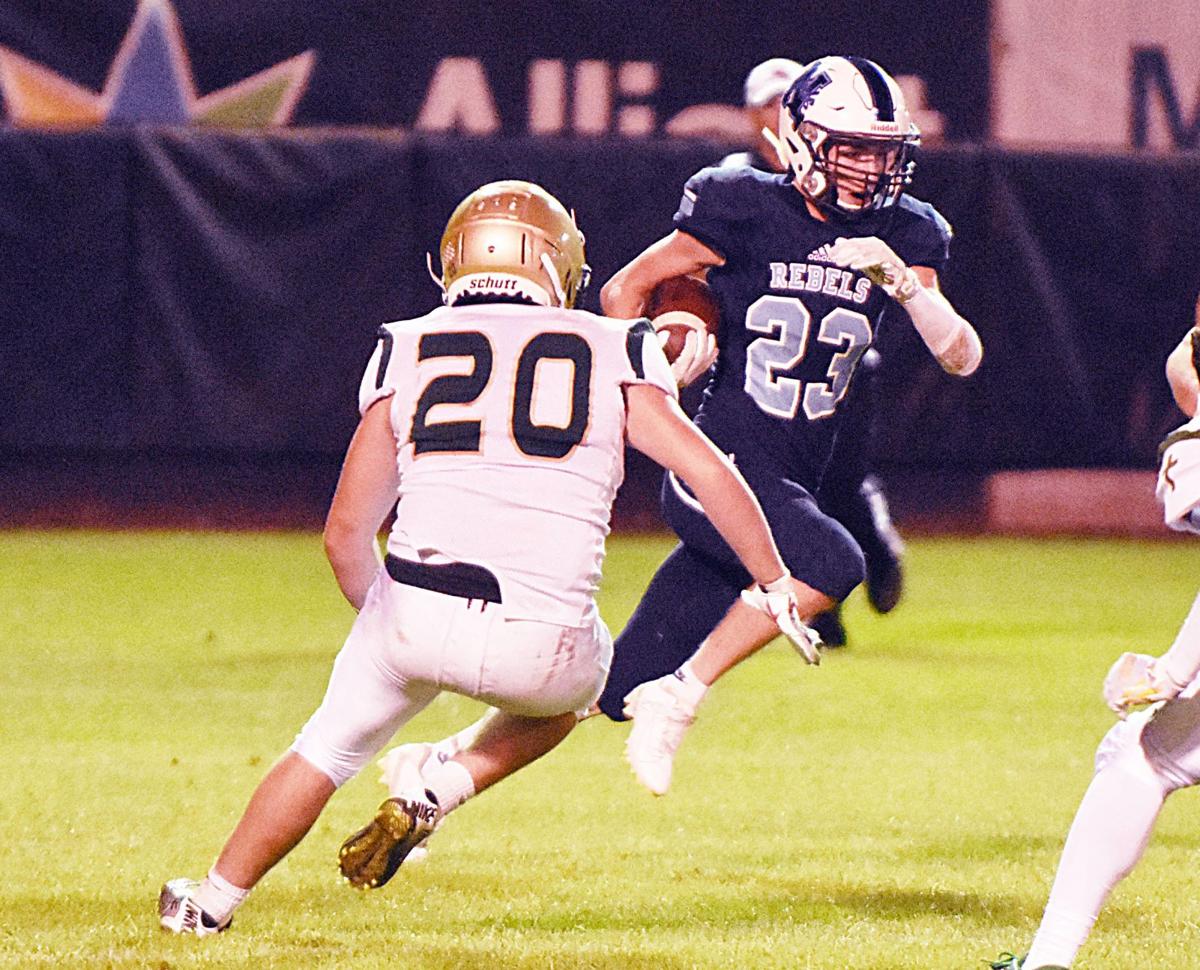 Northeast’s Trey McAleer tries to find a hole in the Beckman defense on Thursday night. 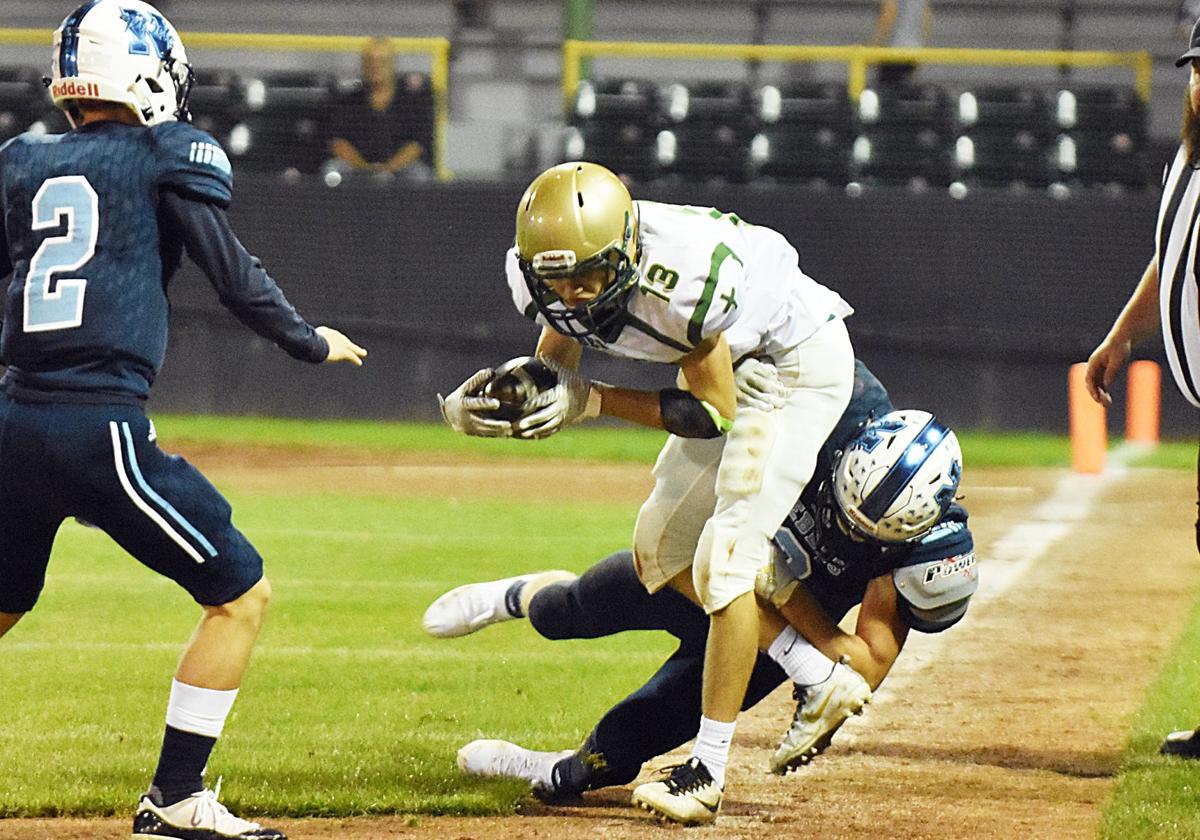 Dakota Stevenson makes a tackle near the sideline on Thursday night.

Northeast’s Trey McAleer tries to find a hole in the Beckman defense on Thursday night.

Dakota Stevenson makes a tackle near the sideline on Thursday night.

CLINTON – The Rebels did everything they could, jumping on opportunities in the first half to stay with the Beckman Catholic football team in a Thursday night district matchup.

They went cold in the second, falling 56-21 to the Trail Blazers.

The contest at NelsonCorp Stadium, part of the double header Citizens First Bank LumberBowl on Thursday, was the first district opponent the Rebels saw this year.

The Rebels struggled in the first quarter, but used what they got.

Their first drive of the game was stopped in front of the goal line. They had four downs to try to move five yards but ended turning it over on downs at the one yard line.

With Beckman in possession of the ball, they looked to pass. The Rebel defense got a hand of the pass, deflecting it up and into the error. Trey McAleer was the one to come down with the ball, taking it into the endzone for the first score of the game. The Rebels led 7-0.

Three minutes later, the speed of quarterback Nick Offerman got to the Rebels and he brought it in for his first score of the night, evening the score.

The Rebels once against capitalized on a Beckman error. With the Trail Blazers looking for a pass, the ball bounced out of their arms. McAleer once again found the ball and traveled the 50-plus yards to the goal line untouched for the TD, boosting them ahead once more.

That would be the last lead Northeast saw in the game.

The second quarter, the Blazers cleaned up their offense, while Northeast’s went quiet.

A big miscommunication left a pass up the middle wide open, sending the first touchdown into the Rebel endzone and throwing the Blazers ahead again 20-14.

After another interception thrown by Wolfe, Offerman was the one to punch the ball in for Beckman for the 26-14 lead.

The Rebels saw a total of 21 unanswered points in the second quarter alone, leaving them trailing 34-14 before the offense got something together.

With 1:38 remaining in the half, a pass to Cade Hughes got the Rebels well into Beckman territory, setting the line of scrimmage at the 25. Riley Wolfe stayed patient before sending a ball flying toward Trey McAleer, who brought it down the corner of the end zone.

That left the Rebels trailing just 34-21 at the half, a deficit they could overcome with 24 minutes left to play.

However, Beckman came out and scored another 22 unanswered points in the second half, leaving the Rebel offense quiet.

The Rebels (0-1, 1-4) travel next Friday, heading to Cascade High School to take on the Cougars.