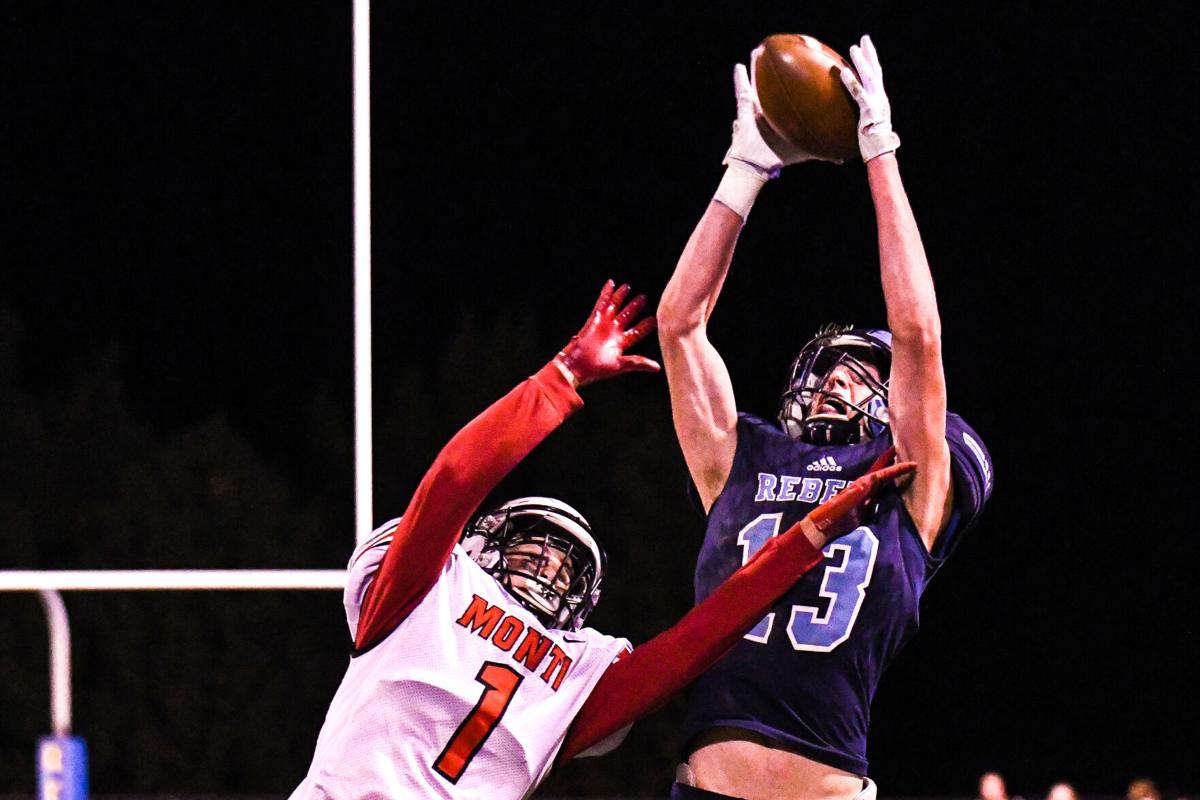 Northeast’s Carter Pataska jumps up for a catch during the Rebels’ loss to Monticello Friday night at home. 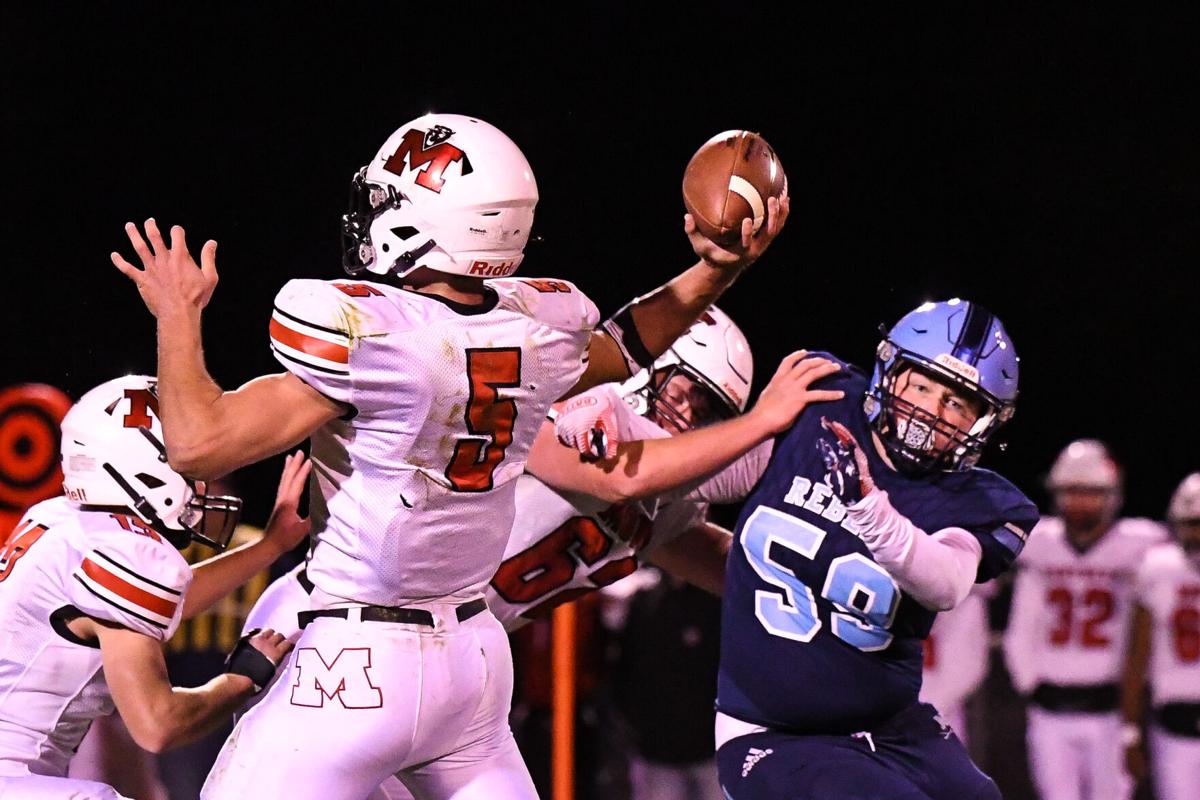 Northeast’s Mason Kramer makes a move toward the Monticello quarterback during the Rebels’ loss to the Panthers Friday night. 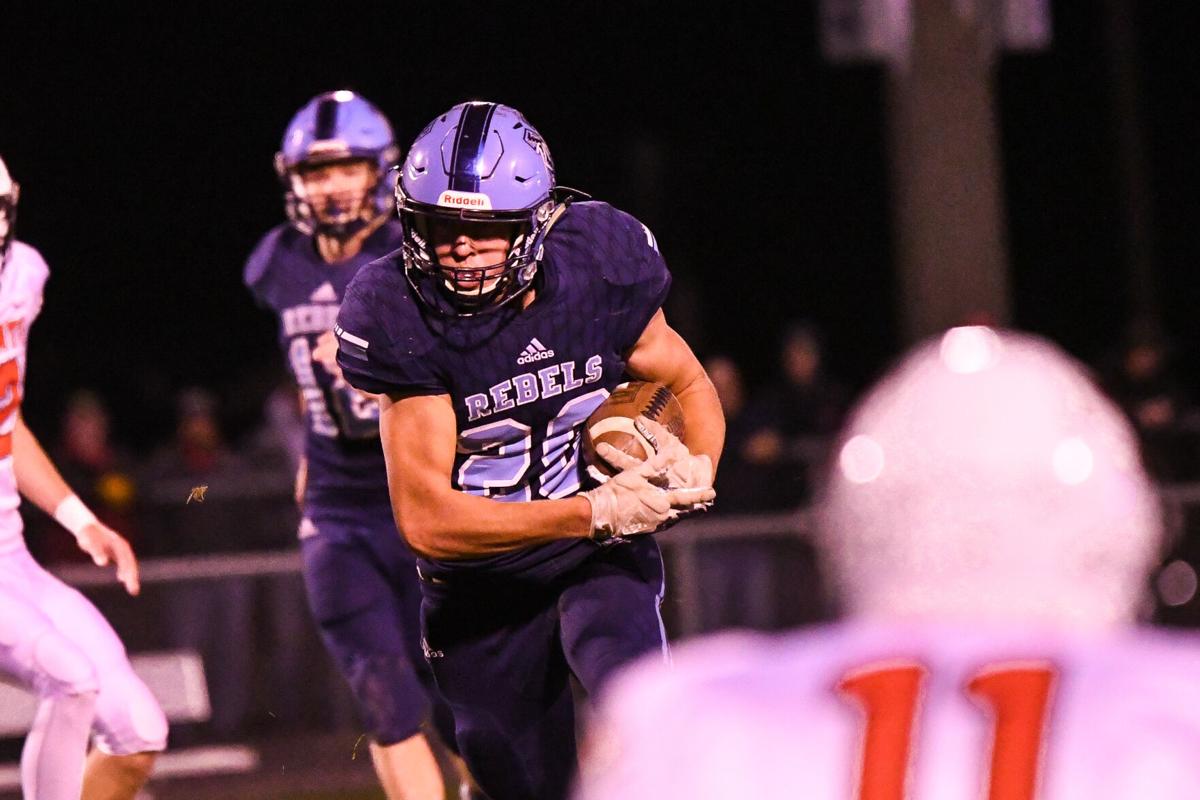 Northeast’s Carter Pataska jumps up for a catch during the Rebels’ loss to Monticello Friday night at home.

Northeast’s Mason Kramer makes a move toward the Monticello quarterback during the Rebels’ loss to the Panthers Friday night.

GOOSE LAKE – The Northeast football team ended their regular season with a 34-14 loss to Monticello on Friday night at home, but have something to look forward to that they haven’t in a while: the postseason.

The Rebels’ loss to the Panthers gave Monticello sole hold of the District crown. Northeast had clinched a Class 2A playoff spot in Week 6, and will be waiting to see where they head next with the release of the brackets.

The Rebels were playing with senior Cade Hughes on the sideline. Hughes is one of the leading offensive producers for the Rebels with over 600 receiving yards, along with being the leader in tackles. Northeast also lost senior Ty Hudson to injury early in the game Friday night.

Things didn’t go right for the Rebels in the first half. From the kickoff, the Rebels tried to onside kick and almost recovered it. Instead, Monticello started on the Northeast 49-yard line. On the very first possession, a pass play and a few missed tackles left the Panthers in the endzone for a lead within 14 seconds of kickoff.

The Rebels looked to strike back and made a quick pass play of their own to Jimmy Weisphenning. However, nothing came out of the early movement and they ended up punting.

A quarterback keep halfway through the first quarter put Monticello up by two scores.

Once more, it looked like Northeast was going to cut the lead. The Rebels had marched the ball down, thanks to a couple big runs by Caleb Gruhn. They were sitting on the 20 yard line with four downs to go.

Quarterback Gavin Kramer launched a pass into the right corner of the endzone, but instead of coming down for the first points of the game, the Panthers came up with the catch.

Just a couple minutes later, a 32-yard pass play put Monticello up even more. By halftime, they had a comfortable 28-0 lead over Northeast.

Both the Rebel touchdowns came in the second half of play.

It was the second loss for Northeast after a district loss to Camanche in Week 7. However, the Rebels are still enjoying their best season since 2010 and their first playoff qualifying season sine 2009.

Northeast (4-4) will be waiting for the Class 2A playoff brackets to be released on Saturday morning. Watch the Clinton Herald website for updates on where the Rebels and our other Class 2A and 8-man football playoff qualifiers will be heading.