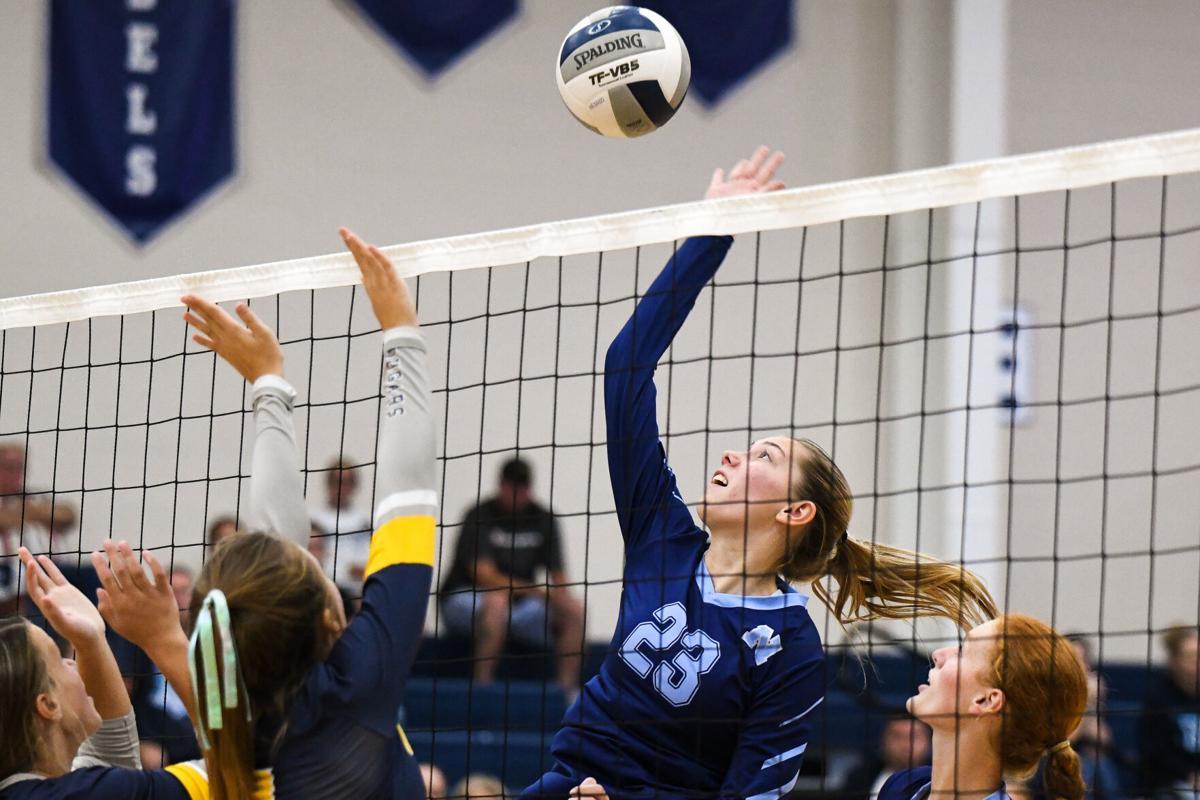 Northeast junior Alyssa Fowler attacks from the middle during the Rebels’ 3-0 conference loss to Cascade Thursday night at home. 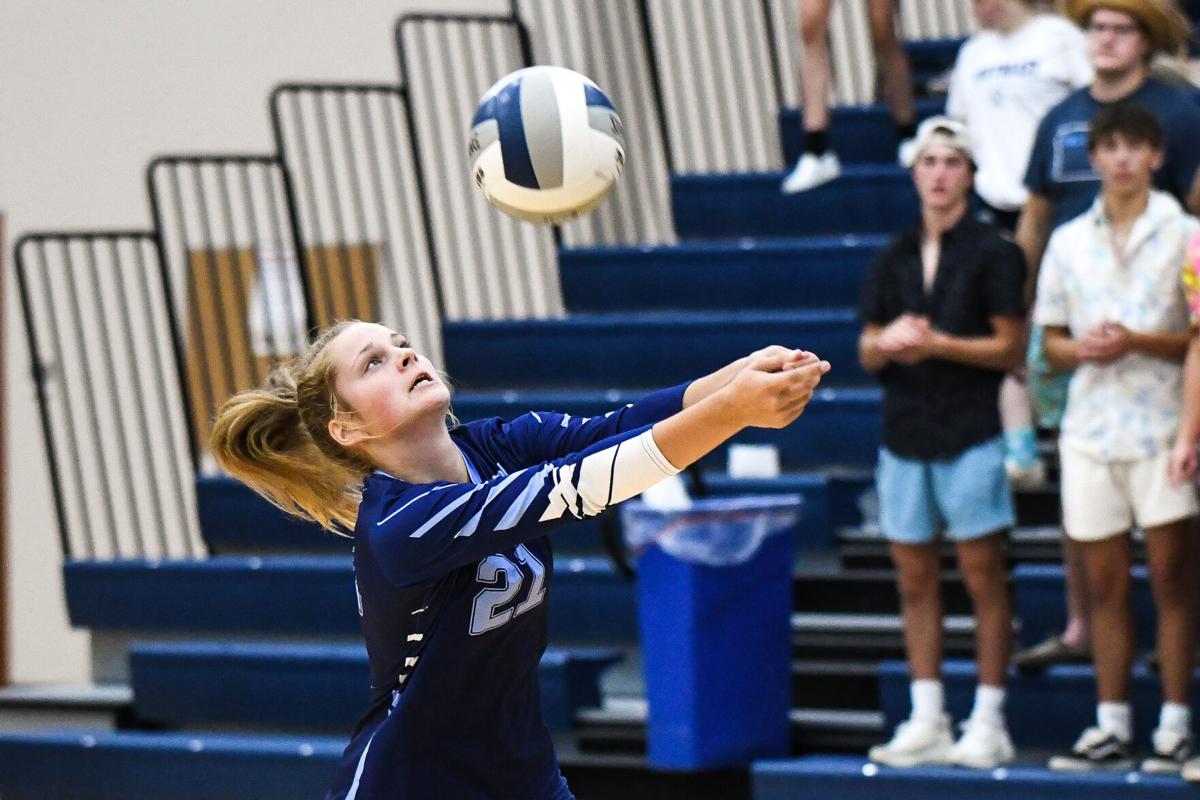 Leah Mangelsen digs up a ball on Thursday night during the Rebels’ game against Cascade at home.

Northeast junior Alyssa Fowler attacks from the middle during the Rebels’ 3-0 conference loss to Cascade Thursday night at home.

Leah Mangelsen digs up a ball on Thursday night during the Rebels’ game against Cascade at home.

GOOSE LAKE – Even though the Northeast volleyball team got off to dominant starts in two sets, they struggled to keep control and lost their first River Valley Conference contest to Cascade 3-0 on Thursday night at home.

The Rebels played tight with the Cougars until the third set, where they lost control of their energy and mental game. The Cougars took down the Rebels 25-23. 25-21, 25-9.

“We definitely had our heads down,” junior Ellie Rickertsen said. “I think we learned and coming into all the games the rest of the season we’ll be strong.”

Starting in Set 1, the Rebels were the ones who had control. The net play from the likes of Alyssa Fowler, Clare Mulholland and Aubrie Kruse was keeping the ball away from the Rebel back row and finding the floor on the other side of the net.

“It really helps us get hyped,” junior Alyssa Fowler said. “It gets the energy up.”

The Rebels had a solid four-point lead. Halfway through the first set, things started unraveling a bit. The Cougars took their first lead of the game at 15-14.

By then, mistakes just kept happening on the Rebel side of the net. Missed serves and attacks, long balls and bad serve receive riddled the team.

“I think we definitely need to get comfortable with the new rotation that we have,” Rickertsen said. “We have some freshman and other underclassmen and we need to get that chemistry together. It’s still early in the season.”

Behind by four, Northeast did make a comeback effort. They fell just short and lost middle hitter Kaci Johnson on an injury on set point.

The second set started much the same. With high energy, the Rebels jumped out to a five-point lead.

They started making mistakes again and saw the lead flip teams once more.

“I think just changing the position with Kaci getting hurt, that affected us a bit,” Rickertsen said. “We need to push on. We fell short on the mental piece of it.”

Out of rotation because of the injury and down 2-0, the Rebels lost some energy to start the third set. Cascade rolled to a 7-0 lead before Northeast got a side out and never relinquished the lead.

The attack also slowed down significantly and the block didn’t get to the challenge at the net.

“We weren’t confident in ourselves,” Fowler said. “We just need to be big. Just get up.”

Fowler, Leah Mangelsen and Aubrie Kruse all had four kills each, while Kaci Johnson and Morgan Foster added three each. Emily Johnson led the back with six digs and both Mangelsen and Allie Colschen had five.

The Rebels (2-5) play at Anamosa on Saturday morning for their next contest.