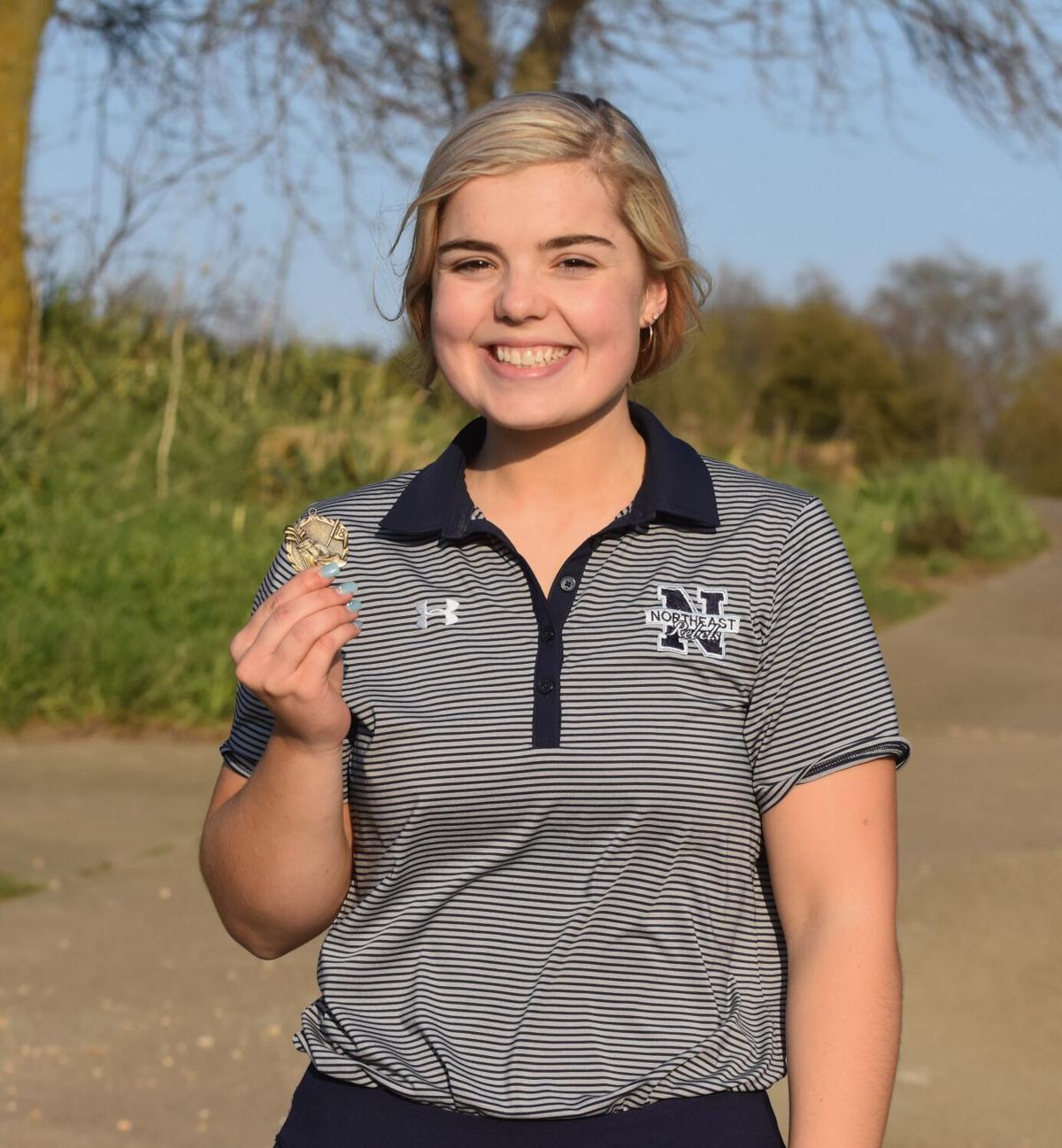 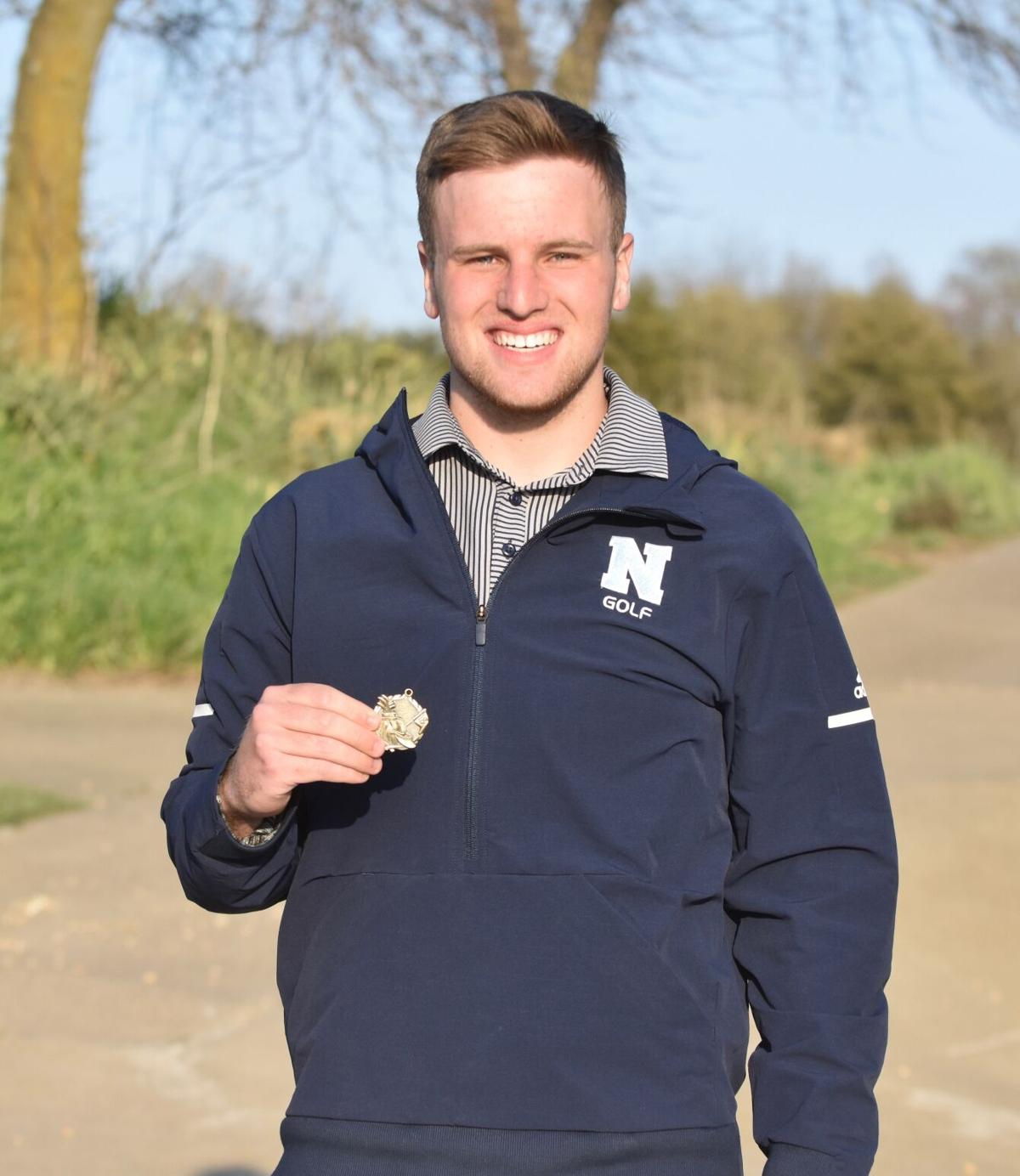 PRESTON — It was a good day for the Northeast boys and girls golf teams on Thursday at Plum River Golf Course.

“I’m super excited — I feel like our team is really improving this year, especially after we had an 18-hole meet yesterday (Wednesday), so all of us had to recoup and come back together and play nine,” Krogman said.

Mulholland was happy with his performance.

“I played pretty good,” Mulholland said. “Had a few bad shots here and there, but I was able to recover. When we first came out here, the greens were kind of slow. As soon as the wind picked up, it dried out the greens. This course is kind of difficult when it comes to the trees, but other than that, I played pretty good.”

Krogman is working on her chipping and she said her drives have improved a lot. She is one of two seniors on the team with Clarissa Jacobsen. Krogman praised the underclassmen’s performance so far this year.

“This year, there’s only two seniors — me and Clarissa, and I feel like our underclassmen have been so great,” Krogman said. “They’re improving every single meet we have, and I feel like it’s just been really great.”

Krogman’s also working on her mental approach, too.

“I am a very analytical person, so I think that stepping back and seeing the entire course prior to even starting is something I’ve been really working on,” Krogman said.

She’s enjoying the team aspect of each meet.

“I like coming together at the end and just seeing everybody scores, how they’ve improved — that’s something really exciting to see,” Krogman said. “So much work we’ve put in during practice — whether it’s our short game, our long game — then we come together and see those scores. Seeing kids improve — I’m excited for the Northeast program.”

For Mulholland, he said it was nice being back at Plum River.

“Our No. 1, our No. 2 and our No. 3 — Hayden Lee, Alijah Dopson and me — have been going back-and-forth in scoring,” Mulholland said. “We’ve been keeping the top three pretty close.”

Mulholland was humble — he said Dopson and Lee are tough to beat.

“Alijah’s pretty good,” Mulholland said. “He’s consistent. So is Hayden when it comes to his iron shots. It’s good competition once in a while.”

“Today was a little rough,” Dopson said. “I shot a 42, left a lot of shots out there. I’d say I didn’t putt as well today. My chipping wasn’t as good as it was the other day.”

His goal is unwavering, though.

“I want to go to state,” Dopson said. “I think if I play well enough, I can. Everybody wants to shoot the best scores that they can.”