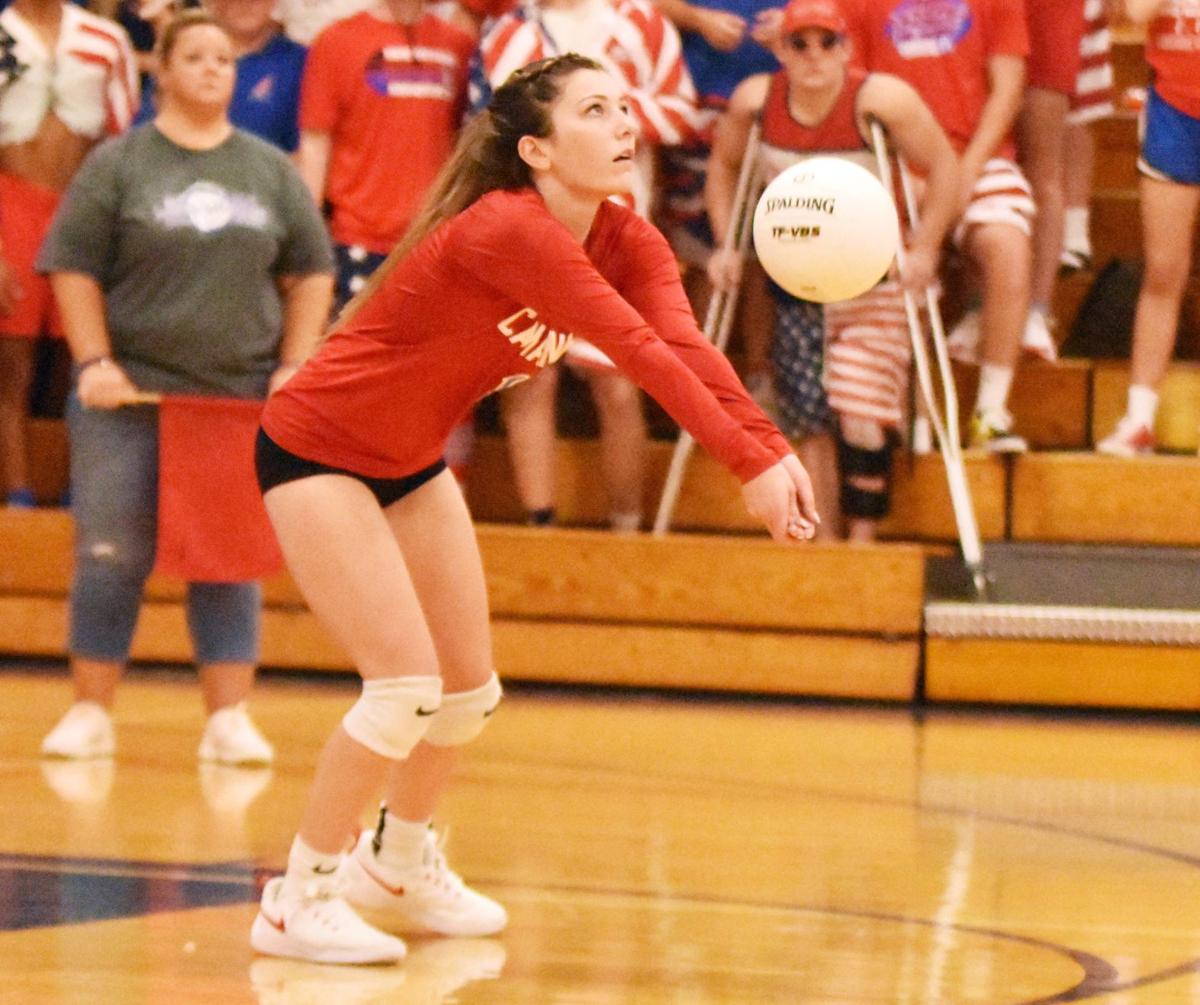 Camanche libero Maddie Michels digs up a ball during the Indians’ loss to North Cedar Thursday. 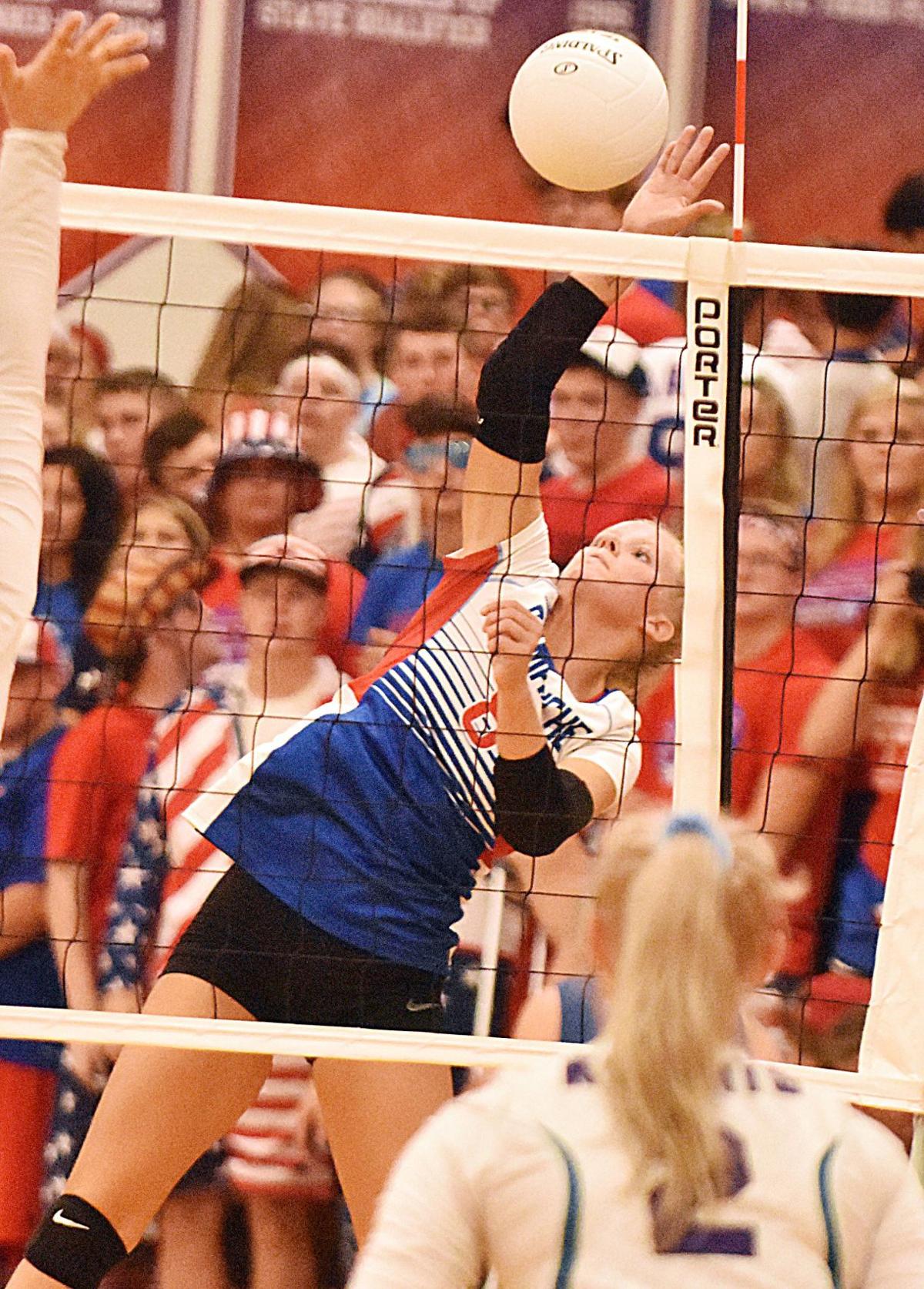 Camanche senior Tarah Wehde attacks from the outside on Thursday night at home.

Camanche libero Maddie Michels digs up a ball during the Indians’ loss to North Cedar Thursday.

Camanche senior Tarah Wehde attacks from the outside on Thursday night at home.

CAMANCHE – The Camanche volleyball team lost 32 points to errors on Thursday night, leading them to a 3-1 loss to North Cedar on their home court.

The electric third set was the only win the Indians were able to pull out against North Cedar, but even in that set mistakes were haunting them.

Instead of closing it out, the set went to extra points thanks to a number of serving errors and hitting errors.

Total, the Indians have 20 errors on attacks and 12 on serving.

The Camanche front row struggled to find the North Cedar attack as well, finishing with just two blocks on the night, a rare occurrence for them. Sloane and Snyder each had one a piece.

Wehde also led the defense with 11 digs in the back row. Emy Seeser had nine and Maddie Michels eight.

The Indians (7-8) take a short trip into Clinton to participate in the River Queen Invitational on Saturday. They return to conference play next Tuesday with a match against Northeast on the road.

PORT BYRON – The Fulton volleyball team swept Riverdale in a road match, their second win of the week.

The Steamers impressed at the serving line, finishing with six aces in the two sets. Kylee Sweenie had four of them, with Maddie Hodge pitching in the final two.

The Steamers play in a tournament on the road this weekend, before playing West Carroll in Savanna on Tuesday. They return home next Thursday to take on Morrison.