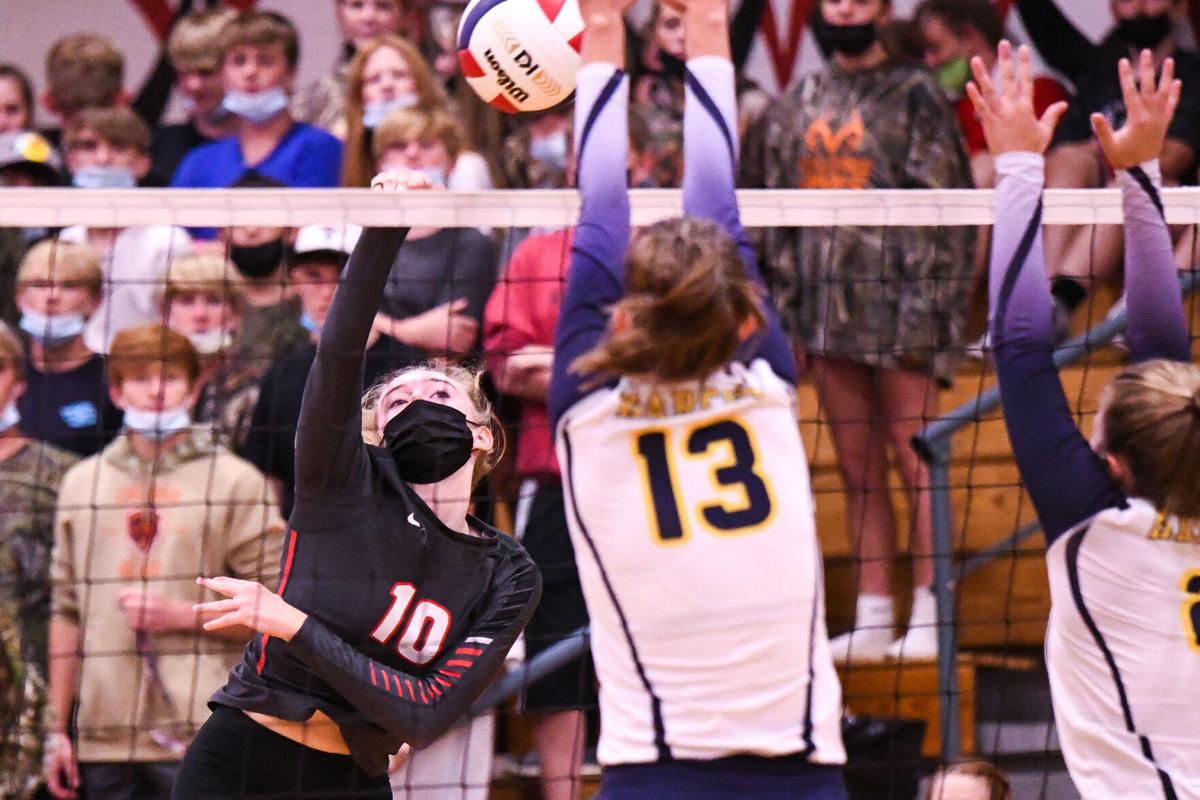 Reese Dykstra attacks for the Fulton volleyball team from the outside during the Steamers’ 2-1 win over Polo at home on Thursday night. 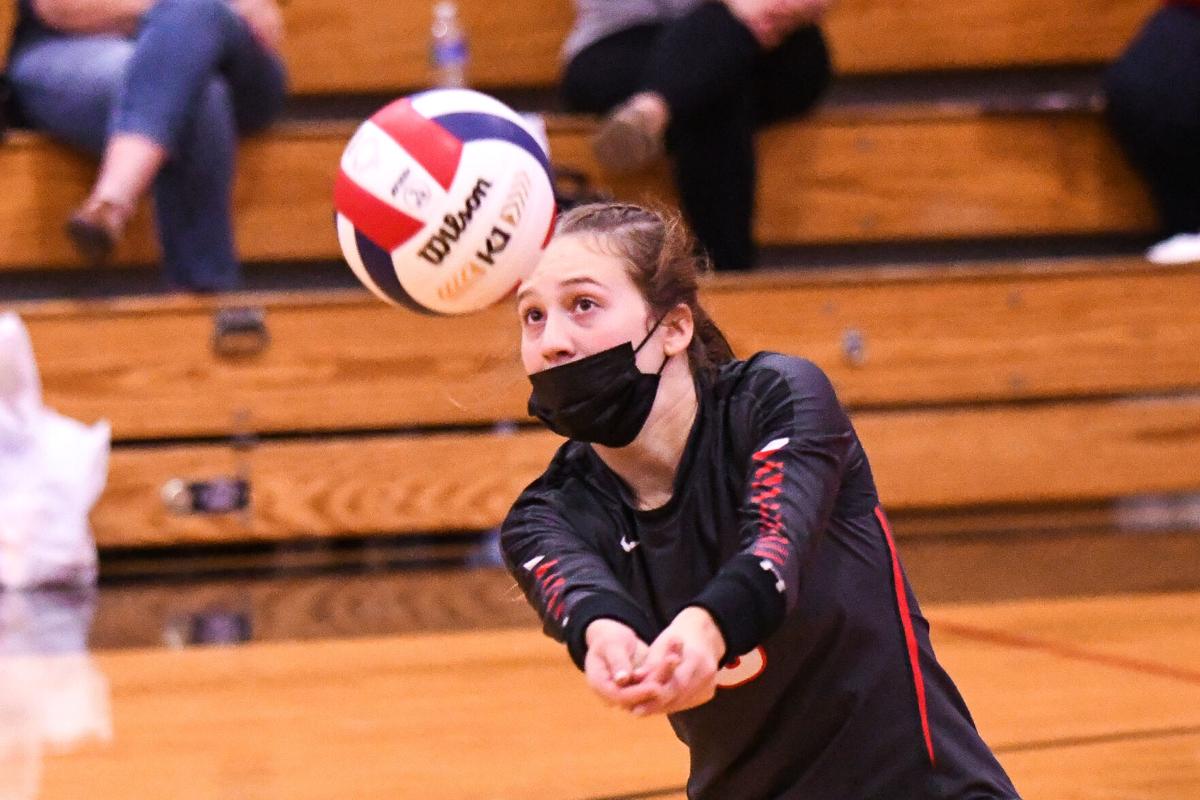 Fulton’s Mikayla Gazo passes a ball during the Steamer’s win over Polo. 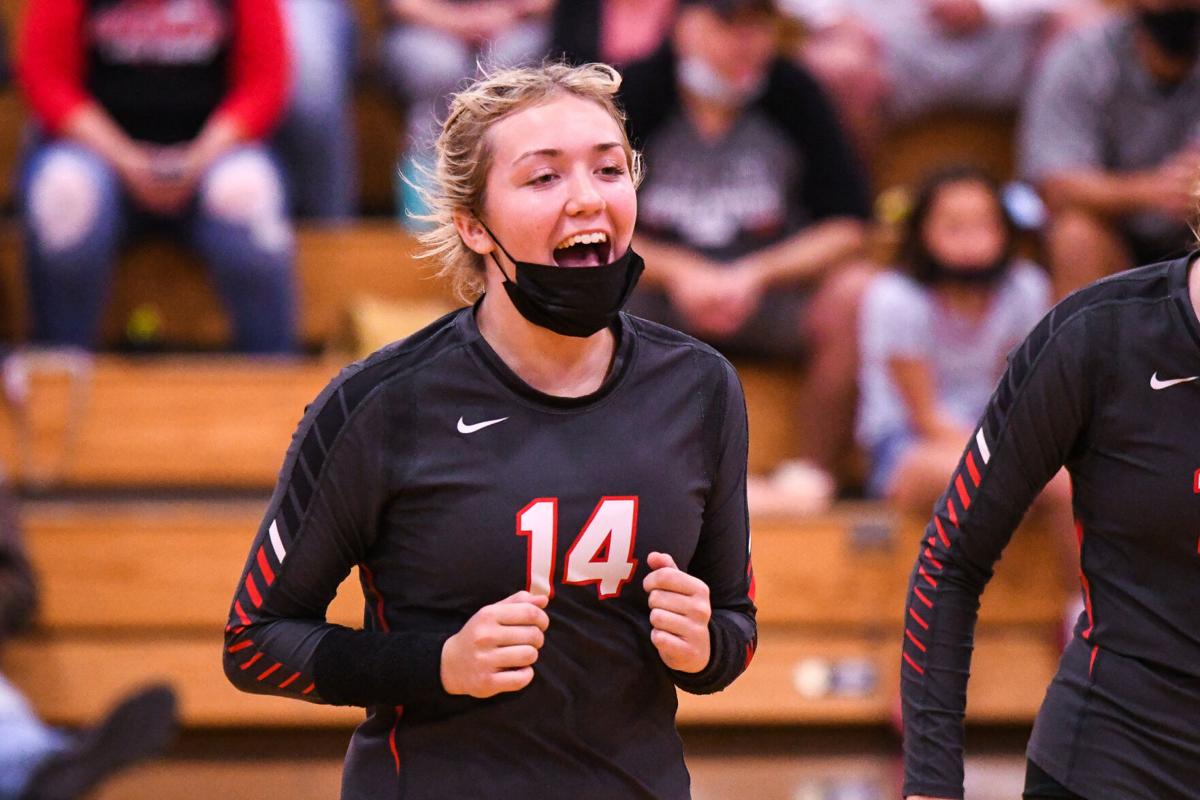 Reese Dykstra attacks for the Fulton volleyball team from the outside during the Steamers’ 2-1 win over Polo at home on Thursday night.

Fulton’s Mikayla Gazo passes a ball during the Steamer’s win over Polo.

FULTON, Ill. – After a dominant first set, the Fulton volleyball team had to dig for whatever points they could in order to squeeze by Polo 2-1 on Thursday night at home.

“Our passers did amazing against some big hitters,” Kara Stoecker said. “They got the ball up. Our setters did amazing, set it up for the kills … tonight was the night we just all came together.”

The night didn’t lack any excitement. After dropping the second set to send it to a tiebreaker the Steamers took the lead by seven points. Big kills and big blocks were keeping the Steamers up and excited.

Middles Kara Stoecker and Ava Bowen dominated net play in the third set with a few high-powered quick kills from the middle spot. Stoecker ended with a team-high 10 kills for the Steamers, adding a solo block to the mix.

“It felt amazing,” Stoecker said. “We have this ongoing saying on the team that a pass and a kill feels so good but nothing feels as good as that kill right there.”

A couple of errors and the momentum shifted. The young Steamer squad has struggled with errors on attack attempts and serves through the beginning part of the season and started to see that happen once more.

“You can tell when we’re making errors by our body energy,” Stoecker said. “We just look drained and we just had to get back into it.”

The Marcos pulled within one point with the Steamers close to pulling out the win.

A well placed tip from Mikayla Gazo put them at set point, then a Marcos error ended the game 25-23.

“We really picked ourselves up,” libero Teegan Germann said. “We did a good job of picking ourselves up and keeping our heads up and everything. Better than we did in the past games.”

Those errors that the Steamers have struggled with looked non-existent in Set 1. Part of that came from impeccable defense in the back row, something that stayed fairly consistent throughout the entire game Thursday night.

“We’ve been drilling things in practice,” Germann said. “Mainly defense, because our first couple games were not good. It just sticks in our heads when we’re playing.”

Teegan Germann ended with 19 digs, and both Jersey Boyson and Lauren Mahoney pitched in eight a piece.

“I think the deep tips were difficult tonight,” Germann said. “We don’t normally have deep tips like that and it messed up our defense at first. Then we started moving things around and covering more line and covering more cross, it really helped when they started sending it deep.”

After six straight points off of Lauren Mahoney serves, the Steamers didn’t look back on their way to a win.

They still ended with 10 serving errors and 14 hitting errors throughout the three sets.

“Our mindset as a team when we’re missing the serves is all off,” Stoecker said. “When we get back and get all together, we’re just happy and we get the kills. The next kill leads to a good serve and we just build off of that.

LISBON – The Prince of Peace Irish fell to No. 4 Lisbon on the road on Thursday, picking up one set in the Tri-River Conference game.

“We knew it would be a tough match tonight,” Irish head coach Stacie Kenneavy said. “So incredible proud of the girls coming back and taking set two after a really rough start. We worked really hard aat practice this week and it definitely showed on the court tonight.”

SHERRARD, Ill. – The Fulton golf team won a triangular with Freeport-Aquin and Pecatonica on the road on Thursday, claiming the top individual spot as well.

The Steamer shad an individual medalist in Ian Wiebenga, who shot a 40 on the day. Wiebenga won by just one stroke over Freeport-Aquin’s Lane Pierson.

Landon Meyers finished with a 49, as did teammate Reed Owen.

Blount finished the race in 18:05 for the top ten finish, and Prince of Peace finished ninth out of 12 teams.

Erik Berry finished in 22:50 for the Irish and Hakael Powell finished next for the boys with a time of 24:26.

Madison Schnier, the only runner for the Prince of Peace girls, finished in 26:31, right in the middle of the field.