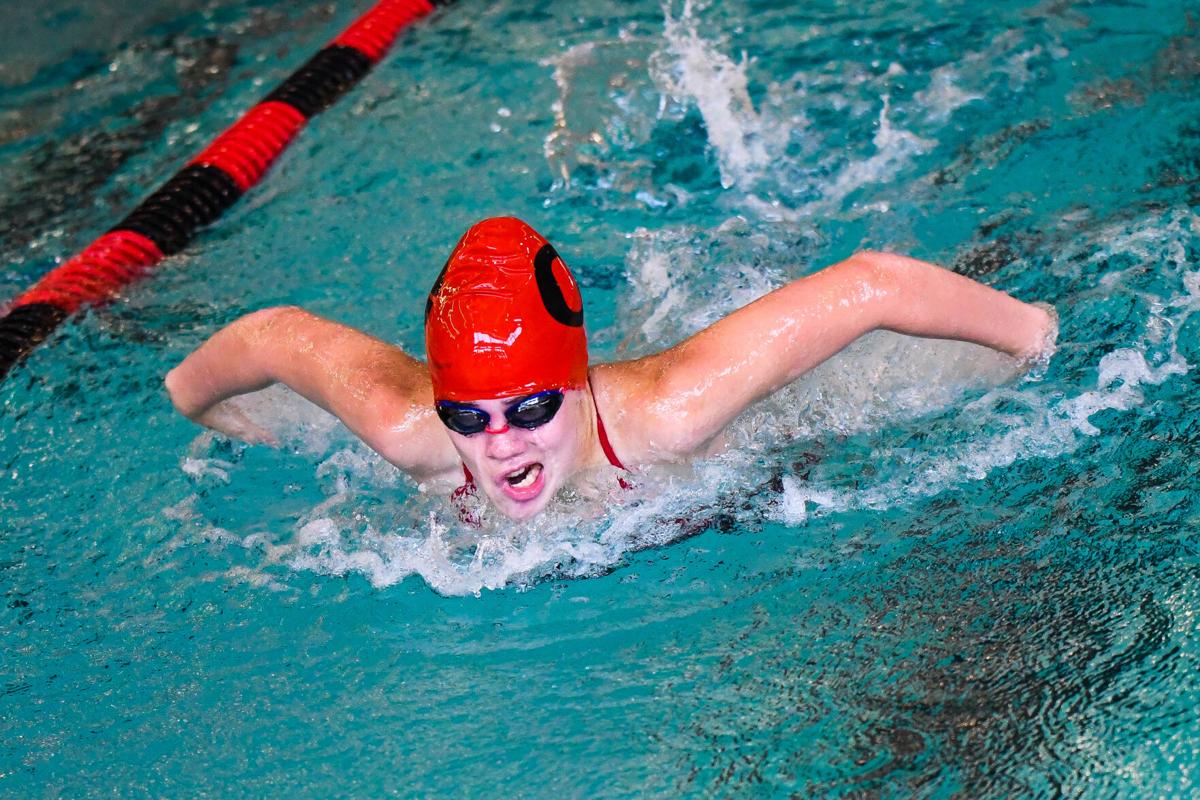 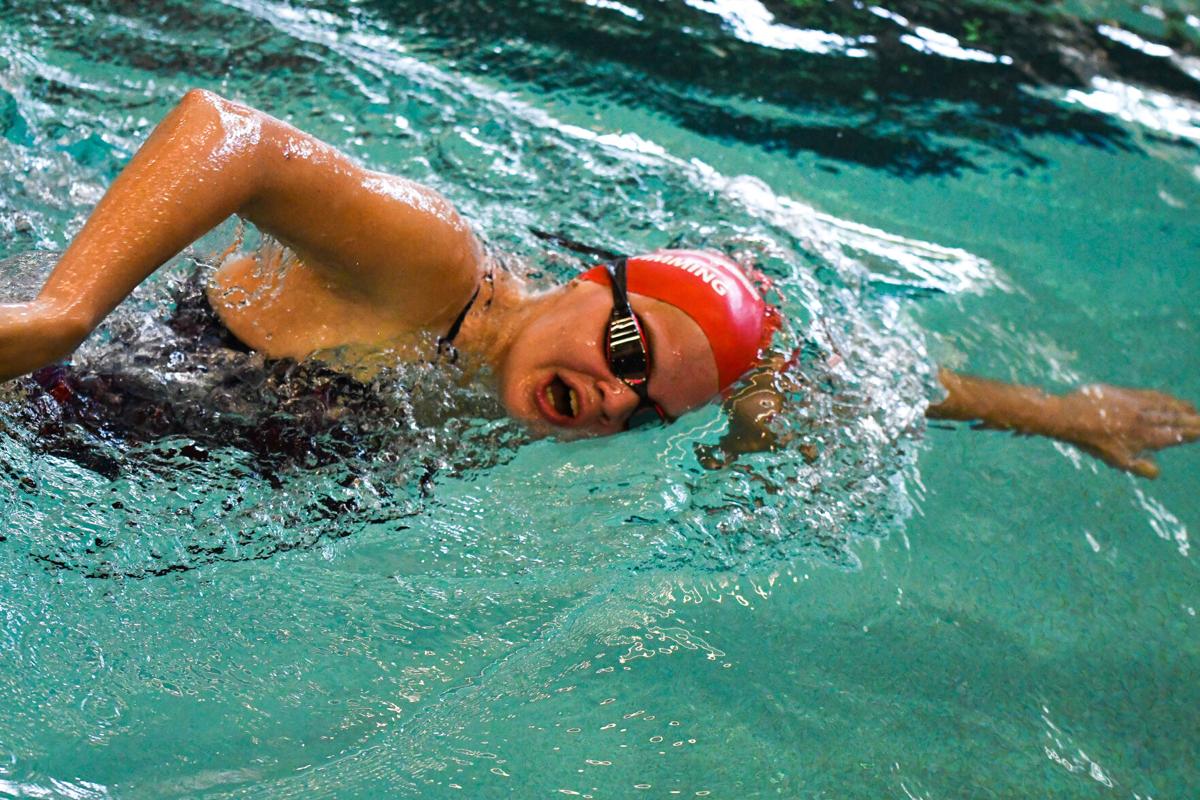 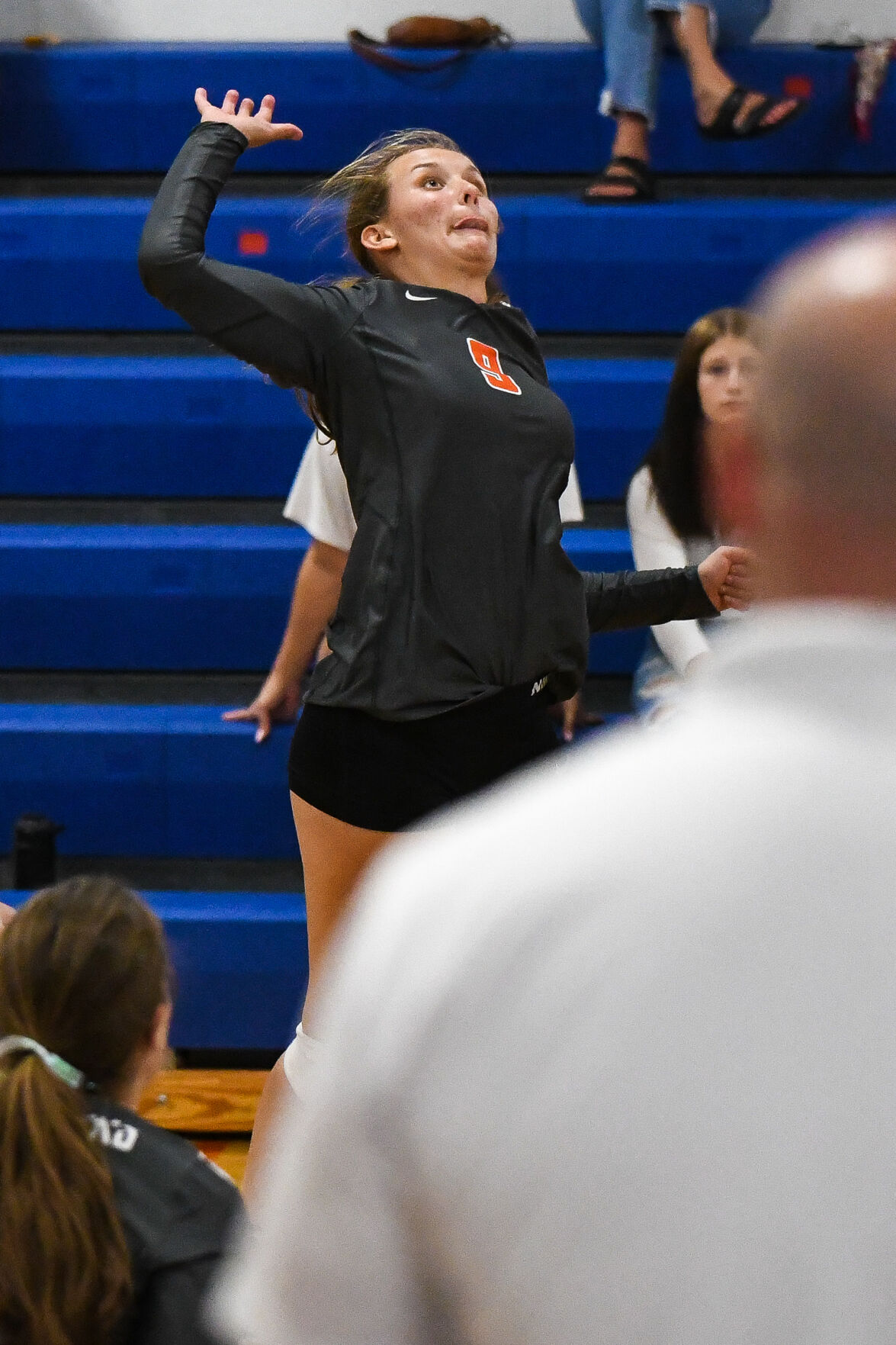 Easton Valley’s Kaitlyn Kuhl goes up for a swing on Saturday during the Camanche Invitational. The River Hawks swept the tournament.

Easton Valley’s Kaitlyn Kuhl goes up for a swing on Saturday during the Camanche Invitational. The River Hawks swept the tournament.

CLINTON – The Clinton River Queens opened up their waters and hosted their annual swim invitational on Saturday, including against local school Morrison.

The best finishes for the River Queens came from the relays. Macie Hoffman, Jordyn Klinkhammer, Sarah Hilgendorf and Lydia Hoffman clocked in at 4:12.88 for a sixth place finish.

Hoffman, Klinkhammer, Hilgendorf and Hoffman also got a sixth place finish in the 400 Yard Freestyle Relay, swimming in 4:12.88.

The best finish for the Fillies came from an individual performance from Kate Henson. Henson touched the wall in 1:14.54 in the 100 Yard Breaststroke. The time got her a third place finish.

Morrison got a sixth place finish in the 200 Yard Medley. Laney Edgeton, Kate Henson, Landri Harmon and BayLeigh Brewer finished the race in 2:07.13.

Landri Harmon finish the 100 Yard Backstroke in 1:08.38, good for an eighth place finish.

The Queens are back at it this week. They welcome Davenport West to the River King and Queen Aquatic Center Tuesday night.

ELDRIDGE – With a loaded state-ranked volleyball field, the River Queens picked up one win and plenty of experience over the weekend at the Lancer Invitational.

Clinton played state-ranked Noth Scott and Bettendorf, along with Burlington Notre Dame and Davenport West in the round-robin pool play.

They picked up a 2-0 win over Davenport West 21-10, 21-8. The Queens play the Falcons in conference play this week. Makayla Howard finished with seven kills, and Mya Price had four digs. Ashtyn Dohrn served three aces in the two sets.

Clinton plays on the road on Tuesday, returning to MAC play.

CAMANCHE – The Easton Valley volleyball team got a complete sweep of their games Saturday at the Camanche Invitational.

After losing two teams, the round-robin tournament featured Camanche, Easton Valley and Northeast from the area, plus Bellevue.

Easton Valley didn’t lose a set on the day. They beat Northeast 21-14, 21-17. Kaitlyn Kuhl finished with 2.5 kills, and Kylee Ready had five digs on the set.

Northeast battled with their three opponents but only picked up one win. They downed Camanche 21-14, 21-15. Clare Mulholland finished with four kills offensively, and Leah Mangelsen had eight digs on the defensive end.

Camanche wasn’t able to win a game at home on Saturday. Along with their losses to Northeast and Easton Valley, the Storm lost to Bellevue 21-17, 21-19.