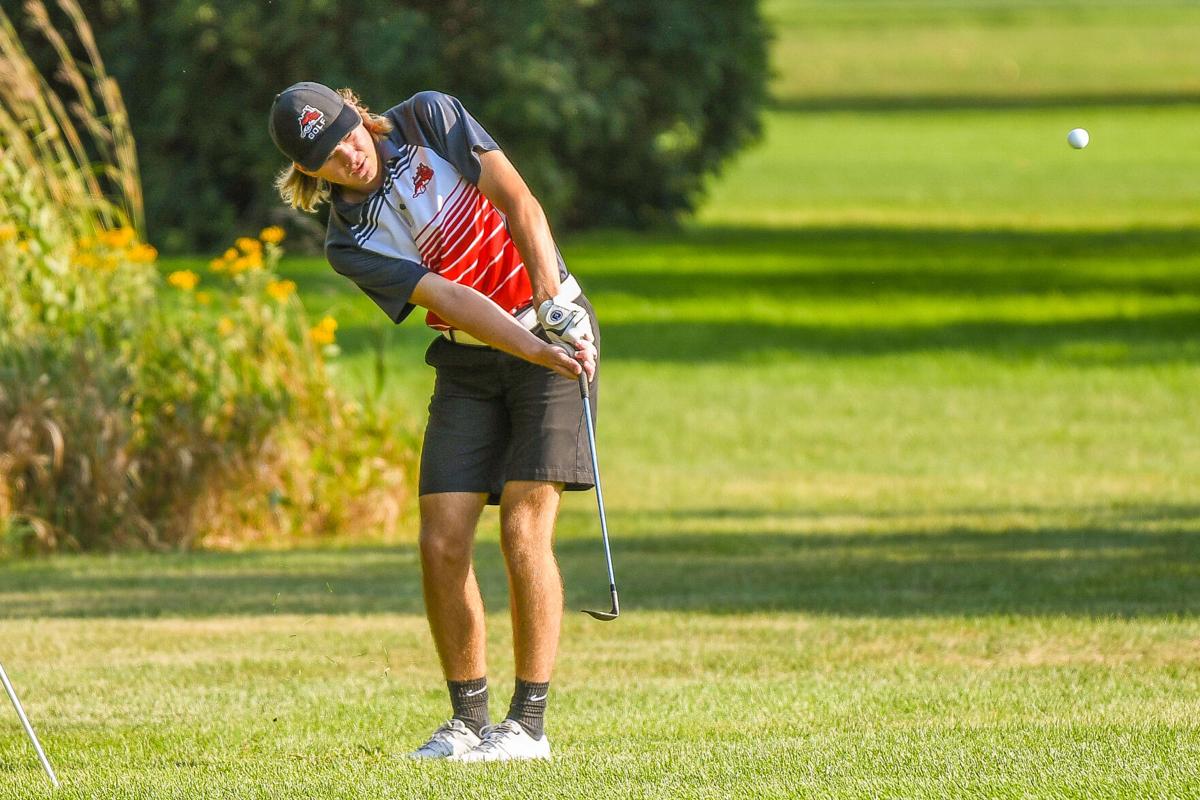 Fulton’s Ian Wiebenga chips a ball up onto the green during Fulton’s golf win over Polo Tuesday at home. Wiebenga finished with a 38 for the individual medalist spot. 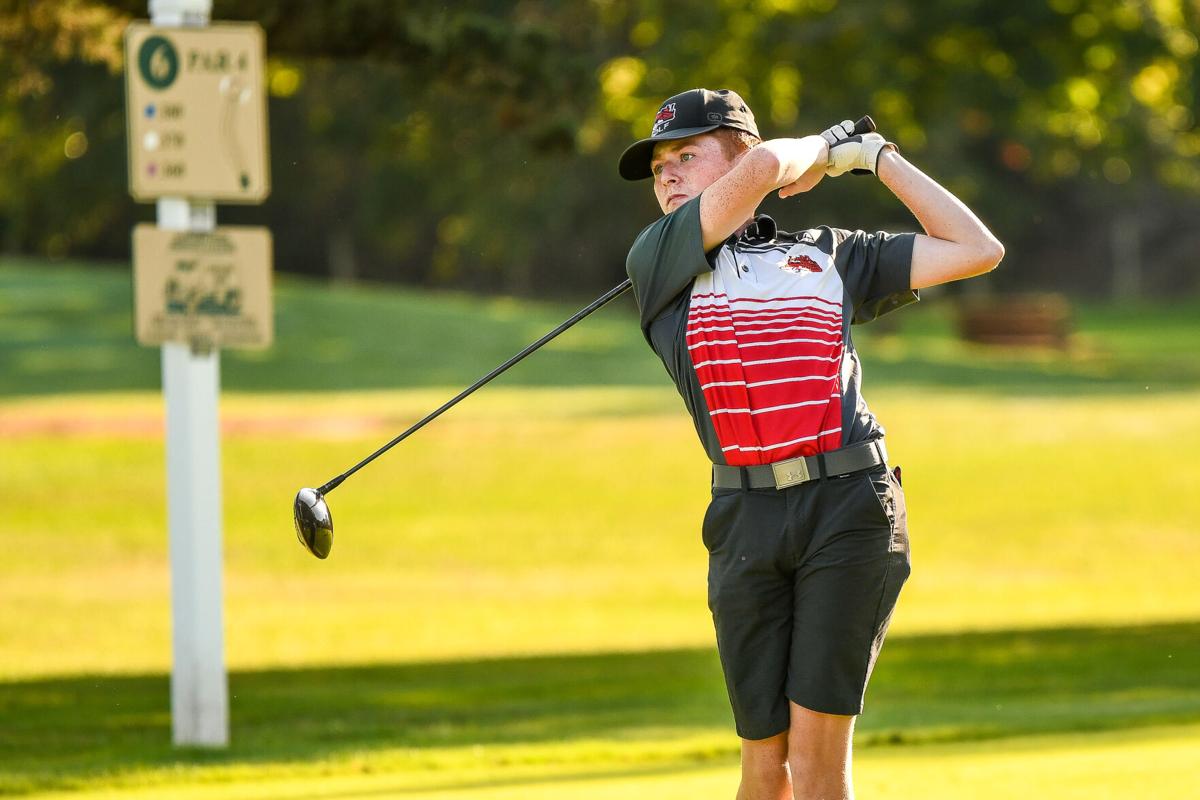 Landon Meyers tees off on the sixth hole during the Steamer’s win over Polo Tuesday at Fulton Country Club. Meyers golfed a team second best 39 on the day.

Fulton’s Ian Wiebenga chips a ball up onto the green during Fulton’s golf win over Polo Tuesday at home. Wiebenga finished with a 38 for the individual medalist spot.

Landon Meyers tees off on the sixth hole during the Steamer’s win over Polo Tuesday at Fulton Country Club. Meyers golfed a team second best 39 on the day.

The Steamers beat Polo by over 200 strokes, coming in with one of their best group performances with a 168.

Polo finished at 277 for team score.

That team score came even with some sub-par golfing weather.

Leading the way was Ian Wiebenga and Landon Meyers, Wiebenga turning in a 38 and Meyers finished at 39.

Aiden Daley was next with a 44, Kyle Meinema golfed a 47, then Reed Owen and Gavyn Mendoza rounded things our with a 50 and 51 respectively.

“I am really proud of Aiden Daley today with his best round of the year,” VanZuiden said. “He has been working really hard on his game lately and is asking a lot of questions about his game and swing and it is showing in his score today.”

A windy and warm day added a little bit of adversity to the course for the Steamers, but overall they were happy with how they performed.

“We definitely felt the affect of the wind,” Ian Wiebenga said. “Some shots we had to play with the wind or play around it dying down.

“I think today was tough. We had a meet last week where it was raining and we struggled then, so I think we did really well in adversity today and it was good for us.”

A win at home is always nice, but Coach VanZuiden is looking to see performances like this from his team regularly.

“The only thing that we have struggled with so far in the season is our consistency,” VanZuiden said. “If we can clean that up, we could really be pretty good. It’s not all on them, I am at fault on this as well. I need to get them more prepared, especially since IHSA tournament play starts in a few weeks.”

For Fulton’s No. 1 and No. 2 golfers, Wiebenga things the biggest step to take to get that consistency is remembering to enjoy the game they’re playing.

“ I think right now there can be a lot of pressure on me and Landon,” Wiebenga said. “Were always trying to golf the best we can and when we don’t mentally we’re not there. We need to put less pressure on ourselves and just have fun out there.”