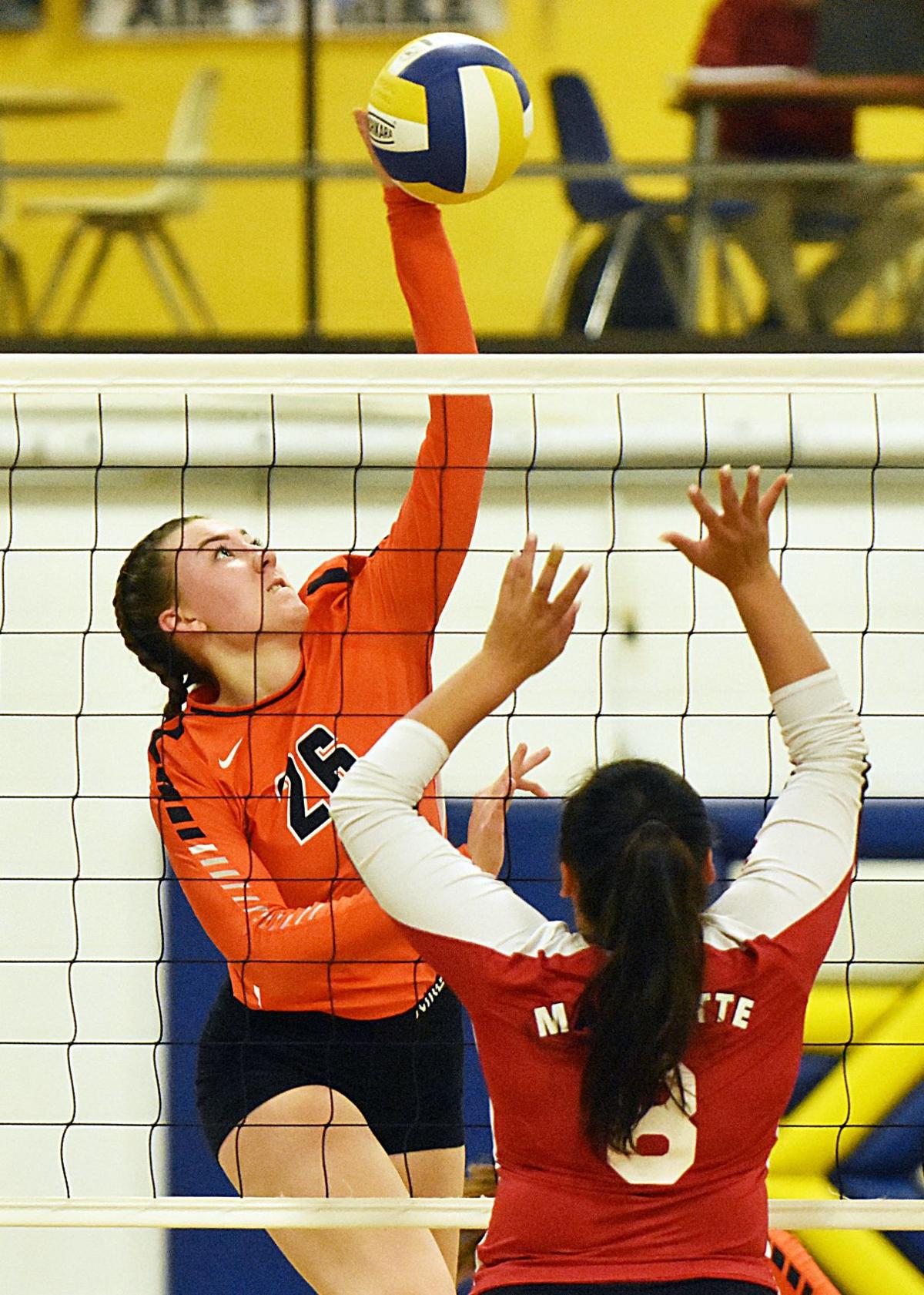 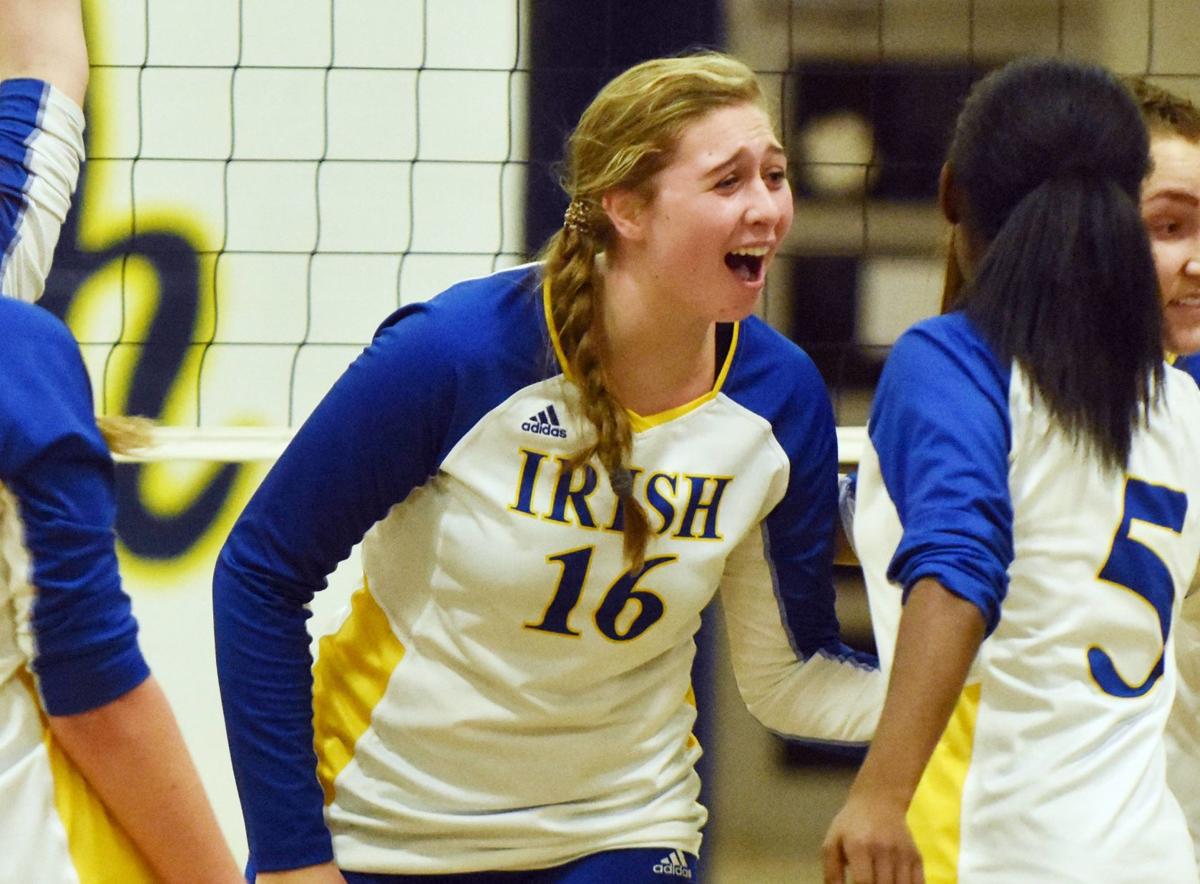 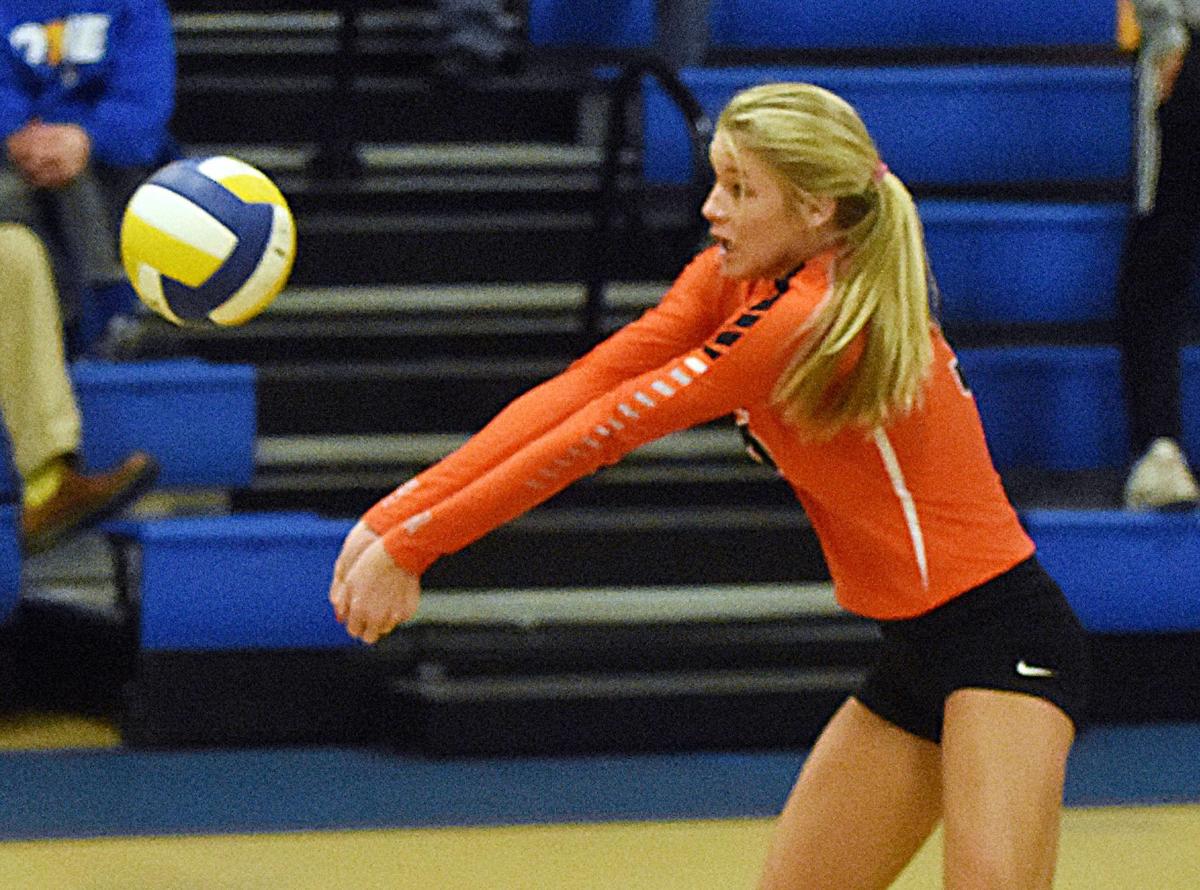 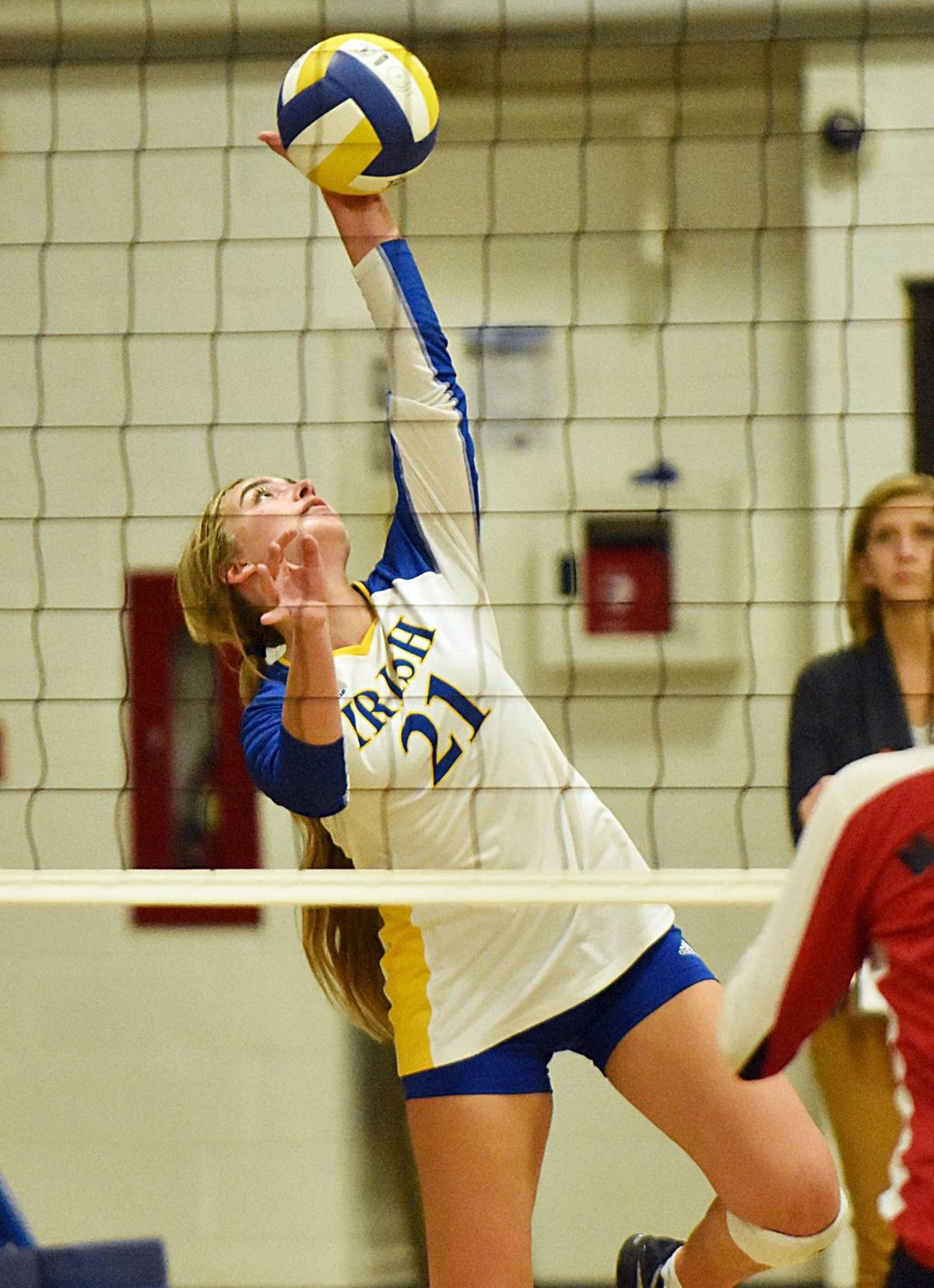 Carie Kuehn/Clinton Herald Prince of Peace’s Anabel Blount swings at a ball during the TRC tournament on Thursday.

Carie Kuehn/Clinton Herald Prince of Peace’s Anabel Blount swings at a ball during the TRC tournament on Thursday.

CLINTON – In what was a Class 1A Region 7 quarterfinal preview, the Prince of Peace volleyball team defeated the Easton Valley River Hawks in two sets on Thursday night.

It gave the Irish a sweep of their three matches of the day at the Tri-Rivers Conference tournament, moving them on to the second day of competition this Saturday at East Buchanan.

The River Hawks defeated both Midland and Marquette Catholic on Thursday, also moving on to Day 2.

In the local nightcap, the River Hawks came out swinging. They had just dropped a match to Prince of Peace a little over a week ago and didn’t want to lose another.

They were exchanging points in the first set, with strong net play from RaeAnn Carlson and Liviah Johnson keeping the Irish on their toes. Plus the defense was making passes that set them up for big swings, and the difference was striking.

“We’re playing better together. We’ve ironed some things out but still have some things to work on,” head coach Denise Larson said.

Behind the serving of Isabel Hansen, which included two aces and a Grace Dehner kill, the Irish went on a 4-0 run to take the lead. The Irish cleaned things up from there, eliminating errors.

“Finally in that last match, our communication was stronger,” Prince of Peace head coach Stacie Kenneavy said. “That’s something we’ve struggled with all year and that’s tied to our offense running it the way we want and to our passing.”

That communication is part of what made the game tricky for the River Hawks, according to Denise Larson.

“I think the fact that they just know each other so well and they’re very scrappy,” Larson said. “They’ve played a ton of ball together and I keep telling the girls that too.”

The second set saw the Irish come out dominant from the start. They jumped to a lead quickly and held it to the end, taking down the River Hawks 21-12.

It was a similar story for the River Hawks all day. Although they did beat Midland and Marquette, even in their wins they had tough rotations that allowed their opponents to go on runs. It’s inconsistencies that Larson wants to see cleaned up, especially before facing Prince of Peace in regionals next Tuesday in Clinton.

“That’s a mental thing and we’re working on ways to fix that,” Larson said. “Individually and as a team. Part of it is them working on fixing things too.”

For the Irish, Paige Kuehl led the effort with six kills, another seven coming from the pair of Anabel Blount and Lilly Isenhour.

The Irish also served 16 aces on the day, Isabel Hansen serving five of them.

The tournament continues on Saturday at East Buchanan High School, featuring the top two teams from Lisbon and the top four from the West side of the conference. That’s four teams that the Prince of Peace and Easton Valley teams aren’t as familiar with due to playing schedules.